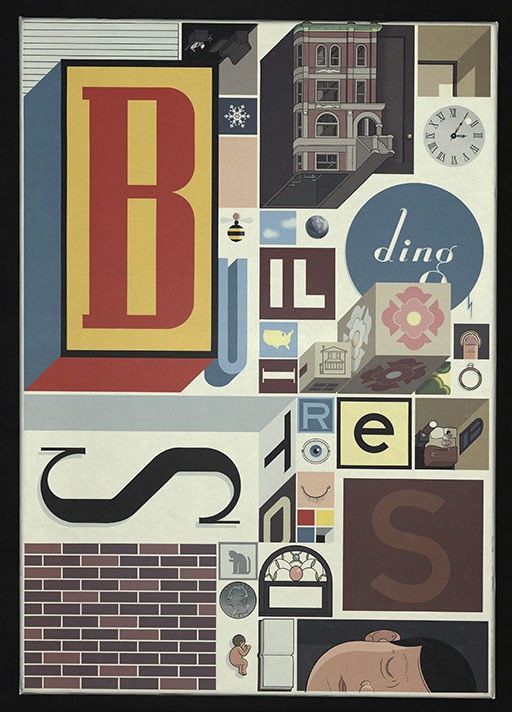 “I’ve never seen her before,” thought the building,
squarely studying the girl across the street
who, newspaper in hand, had stopped to stare.
“What is she looking at, anyway?” 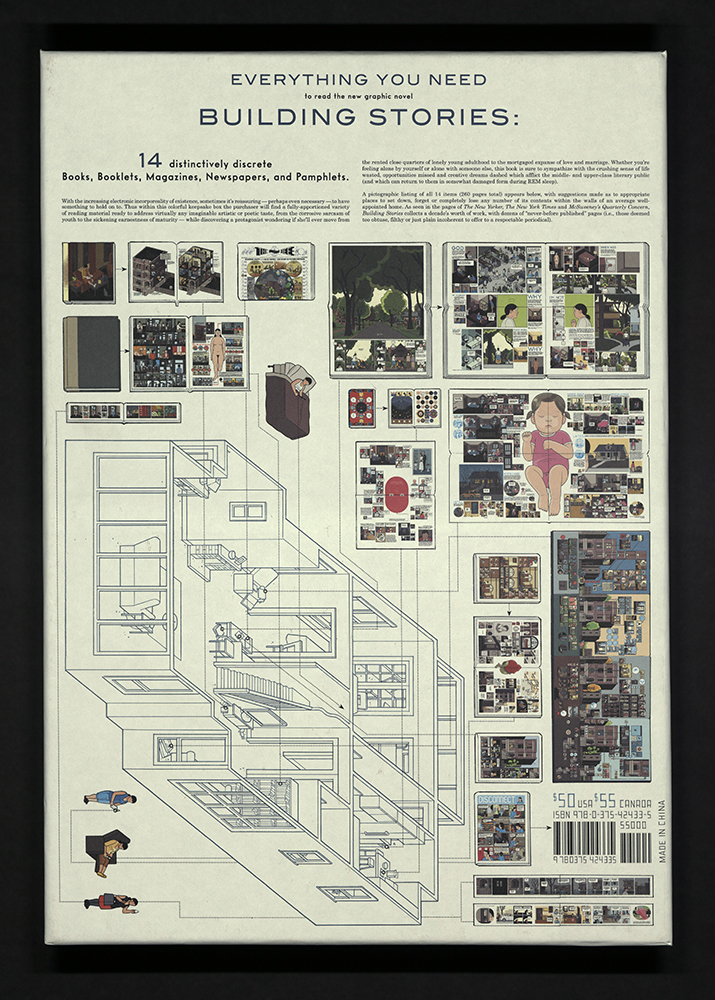 This is a book. Or at least the title, Building Stories, would suggest that this is a book. However, while holding the box in one’s hand, this book resembles something closer to a board game and the experience seems to lie somewhere in between. When a reader opens the box, fourteen separate printed pieces present themselves in order for stories to be “built.” But there is no chronological order for how these stories are to be built. As such, a reader will then come to know this illustrated world entirely by chance. 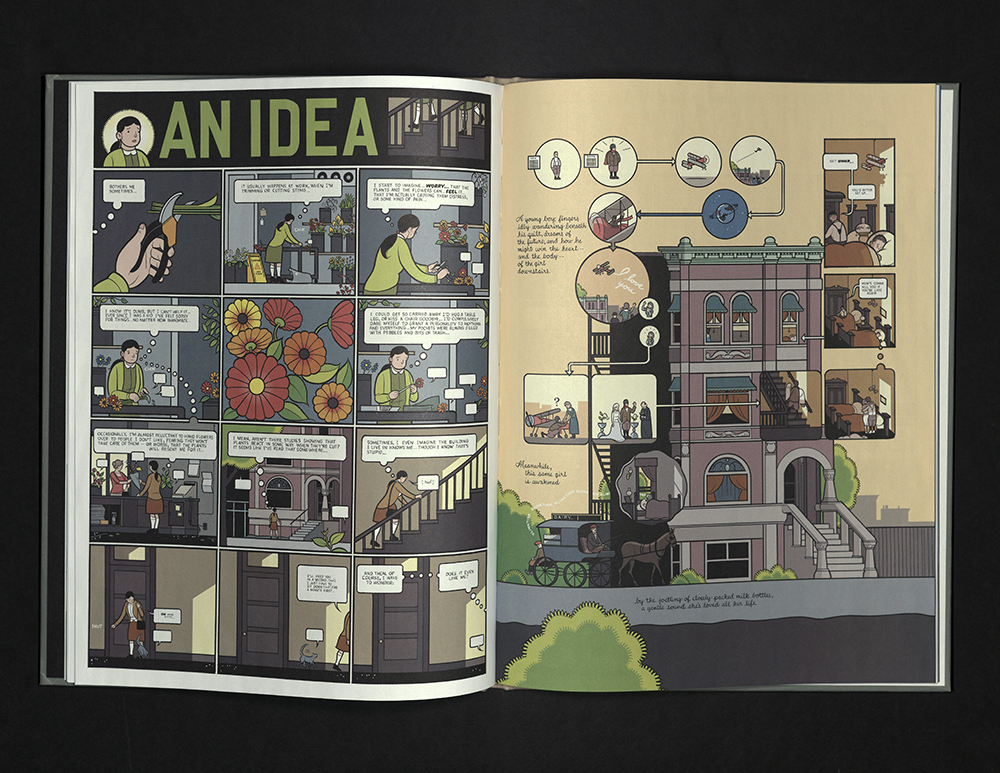 Building Stories is a 2012 graphic novel by American Cartoonist, Chris Ware. It was assembled over ten years from pieces Ware created for publications such as Nest, The New Yorker, The New York Times, and The Chicago Reader. However, as a collection, and outside the confines of mainstream printing, it is something quite unique.  Included in this work are four broadsheets, three magazines, two pamphlets, two comic strips, one storyboard, one hardbound book, and a small volume that imitates the Little Golden Books series published for children. Although there is no order for reading, the back of the box does provide a pictographic listing of all fourteen items with suggestions to assist the reader. 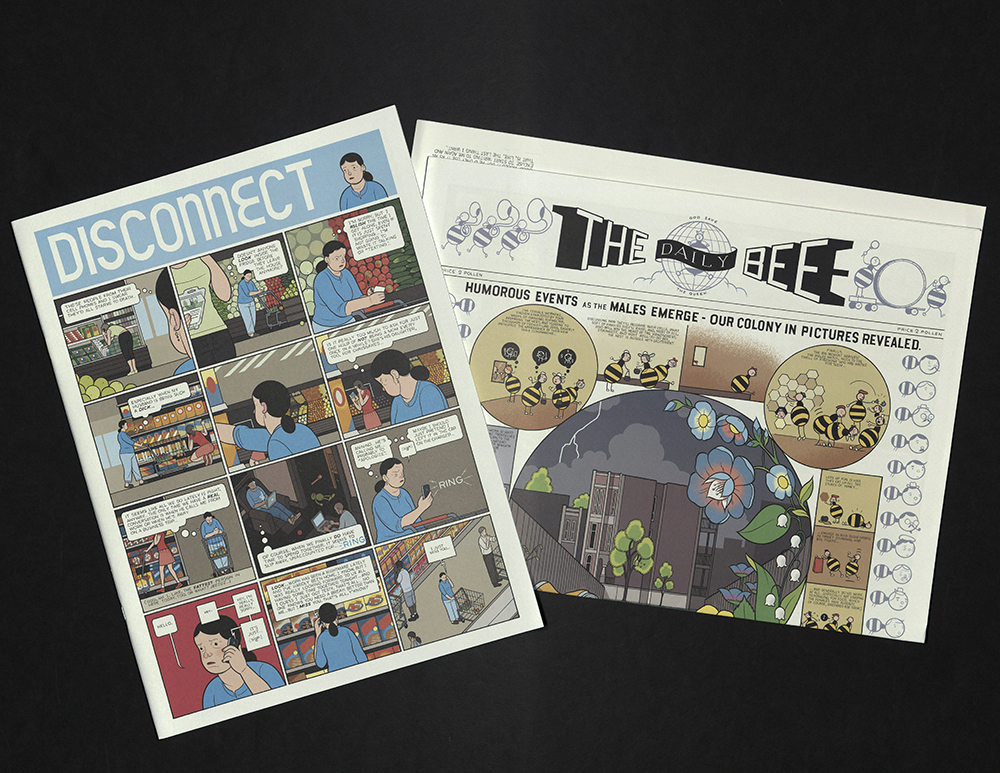 The intricate, multi-layered stories pivot around an unnamed female protagonist and mainly focus on her time in a three-story Brownstone apartment building in Chicago. The protagonist, a former art student and lonely florist with a prosthetic leg, lives on the third story of the 98-year-old building. Below her is a couple whose faltering relationship is illuminated by the contemporary world of phones and screens. The main floor is occupied by the landlady — an elderly spinster who has spent her whole life in that house. And then there is Branford, the Best Bee in the World, who can be found pollinating one of the window-ledge flower gardens while having his very own existential crisis. 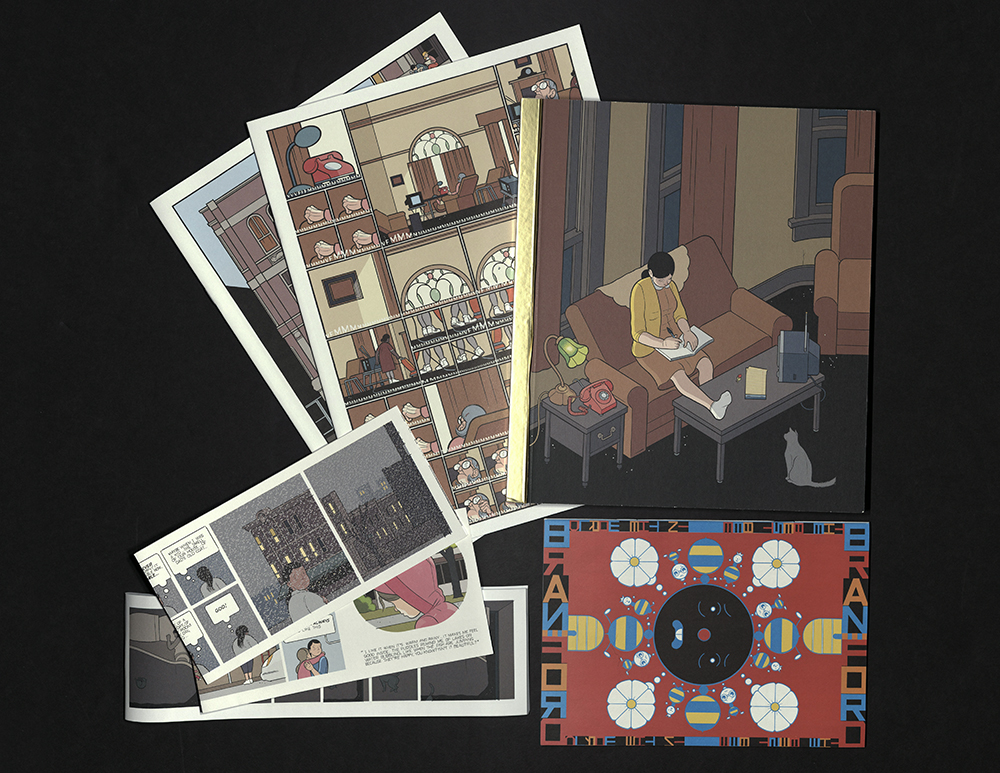 Since the organizing principle of Building Stories is architecture, the book is also as much about buildings as it is about the people inside them. Ware renders both places and events as architectural diagrams with the certainty of every detail visualized diagonally to show how they all fit together. Even the musings of the apartment building in which the story takes place are given notice and put on display via whimsical cursive lettering. 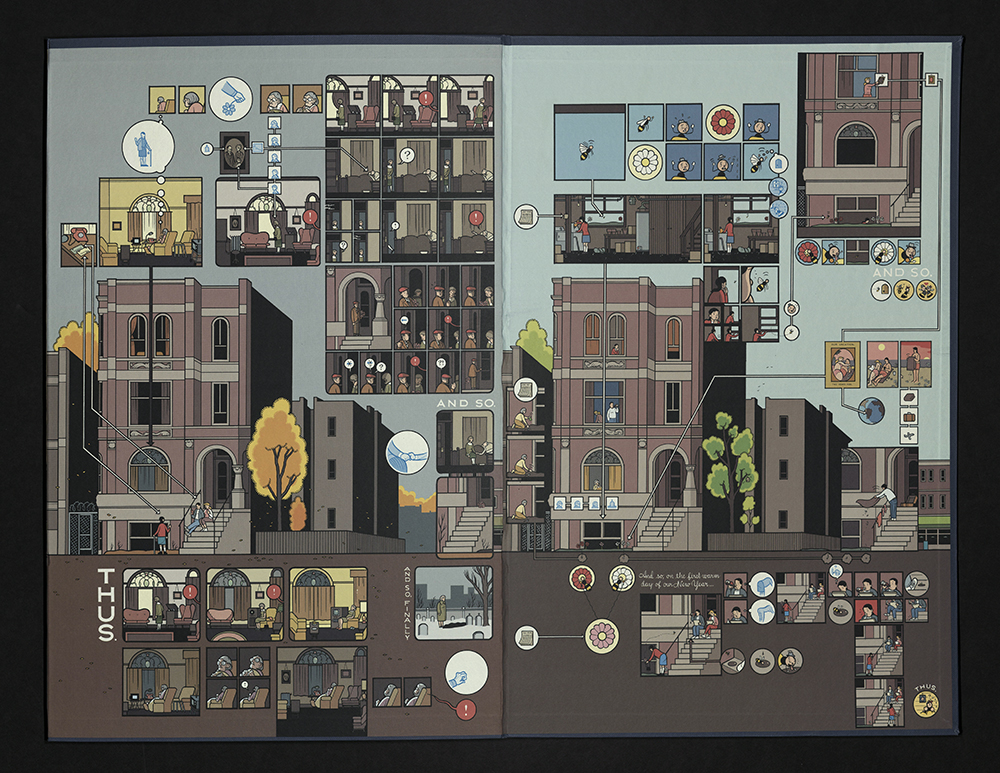 The box, into which all the items fit, has been described to be the size of an atlas. This description has a number of implications, being that it is an atlas of a certain kind — of urban life, apartment life, and the ways in which people are connected, albeit temporarily. The reader has no choice but to also become connected, for the very activity of reading forces them to physically engage with the book and all its components. In this way, Building Stories makes an impactful statement about what a book is and what a book can be, leaving the bulk of interpretive power to the reader.