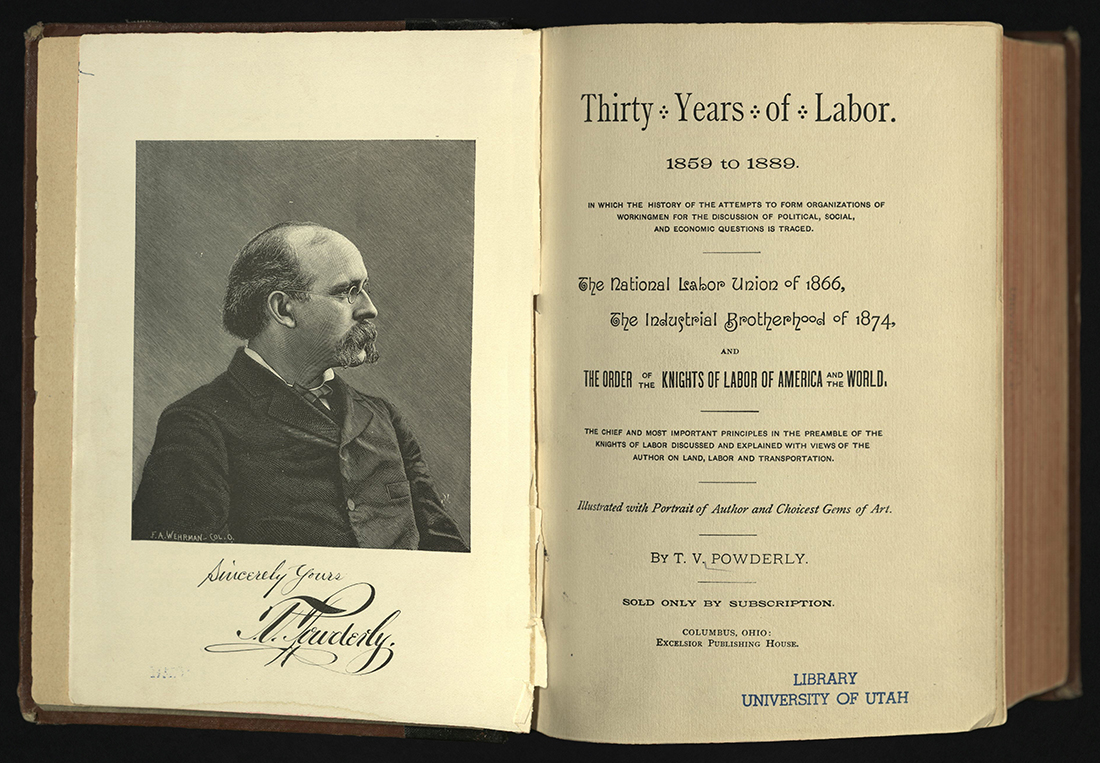 “To the millions of workingmen and workingwomen of this country to who justly belongs the wealth created by them, this volume is dedicated.” 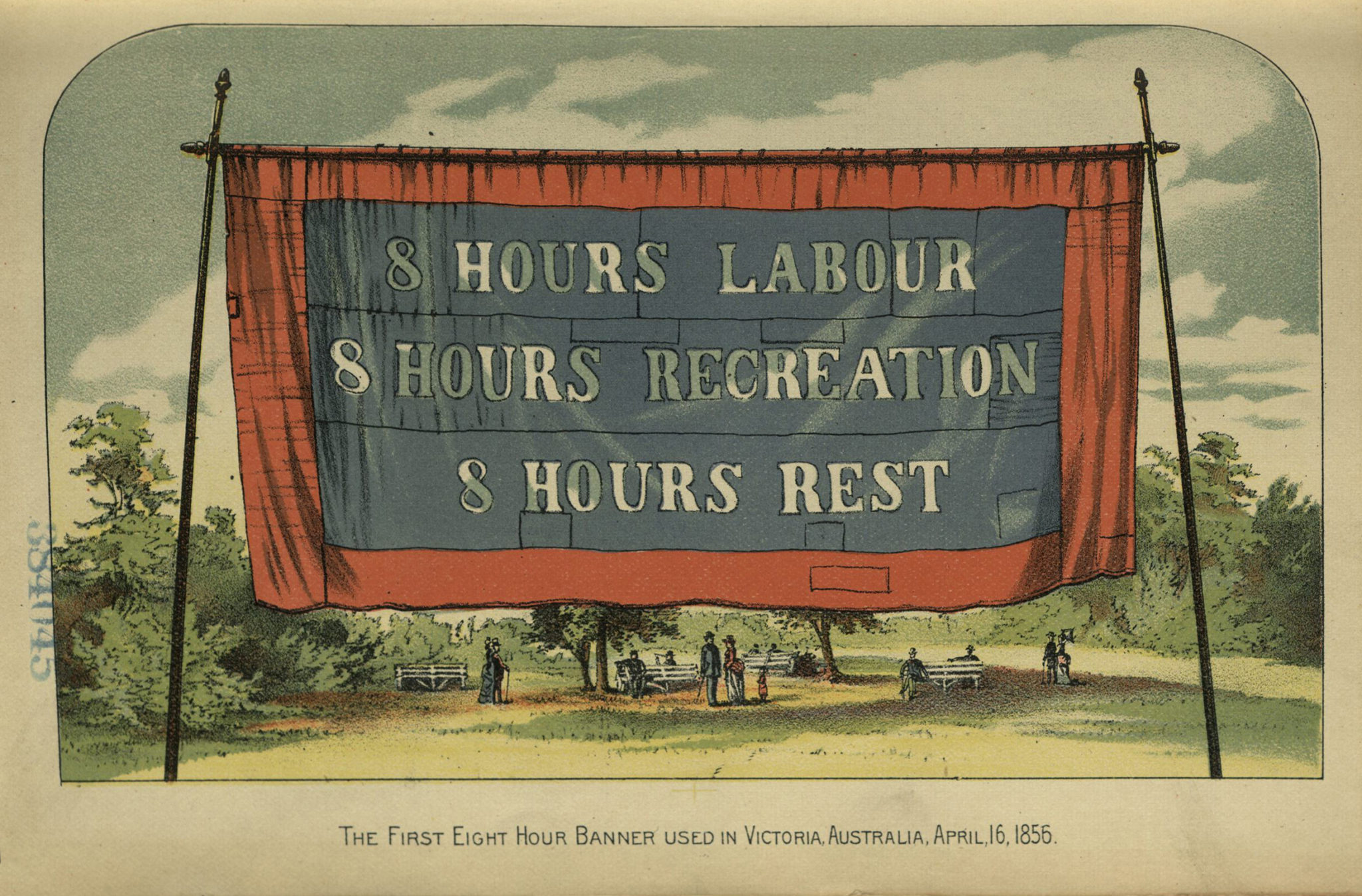 Before Labor Day became a federal holiday, it was recognized unofficially by labor activists, and later officially in several individual states. Today, Labor Day is celebrated on the first Monday in September to honor and recognize the American Labor Movement, along with the contributions of workers to the development and achievements in the United States.

The September holiday was first proposed in the early 1880s and was promoted by both the Central Labor Union and the Knights of Labor — who organized the first Labor Day parade in September of 1882. The march was a public demonstration of labor’s solidarity. It was followed by a picnic and fundraiser, uplifting the spirit of the workers who had joined.

Although New York was the first state to introduce a bill for Labor Day, Oregon was the first state to pass a law, officially recognizing Labor Day in 1887. That same year, Colorado, Massachusetts, New Jersey, and New York also passed legislation marking Labor Day a public holiday. By the time President Grover Cleveland signed the bill into federal law in 1894, thirty states were already celebrating the holiday. 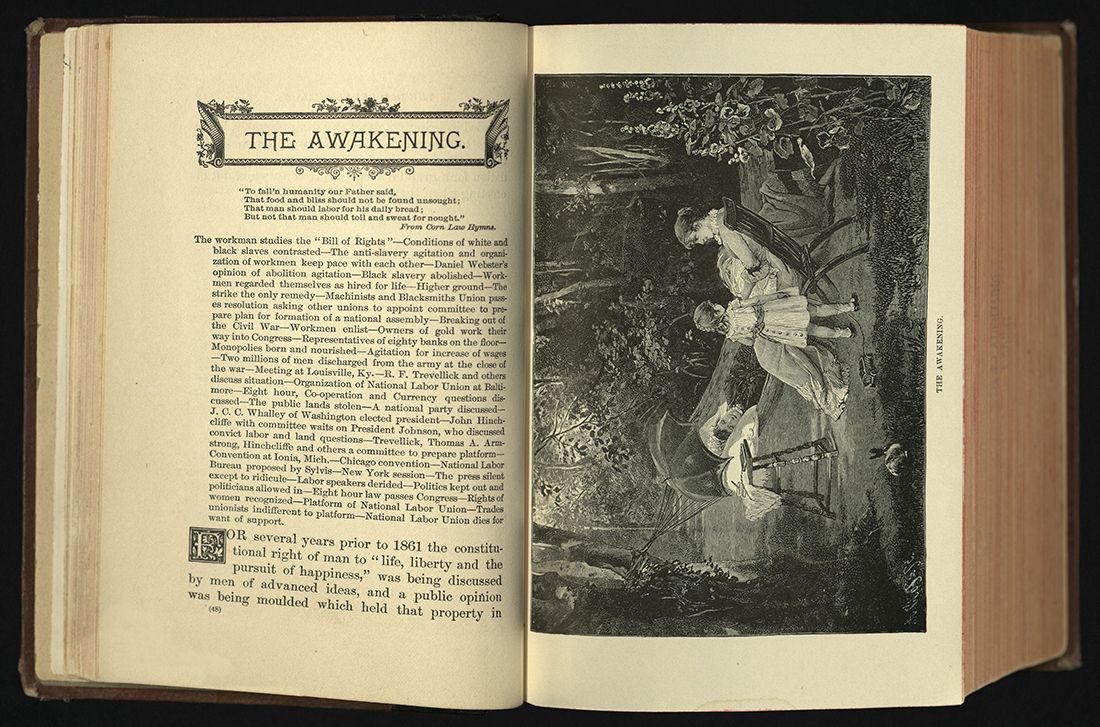 There was (and still is) some disagreement among the nation’s labor unions about when, exactly, a holiday celebrating workers should be. While many advocated for the September march-then-picnic date, others argued for the more politically charged date of May 1. Established in 1889, the first of May is celebrated in many countries all over the world as International Workers’ Day. The date was initially chosen by the American Federation of Labor in efforts to continue an ongoing campaign for the eight-hour work day in the United States, brought on by the Haymarket Affair that took place in Chicago in May 1886.

The Haymarket Affair began as a general strike for the eight-hour work day, but when police came in to disperse the public assembly, a bomb went off, causing them to fire on the workers. Seven police officers and at least thirty-eight civilians were killed, while more than two-hundred people were injured. As a result, hundreds of labor leaders and sympathizers were arrested, with four executed by hanging. The proximity of May 1st to the Haymarket Affair further emphasized the date’s radical reputation, which concerned some factions of the labor movements, and also President Cleveland. 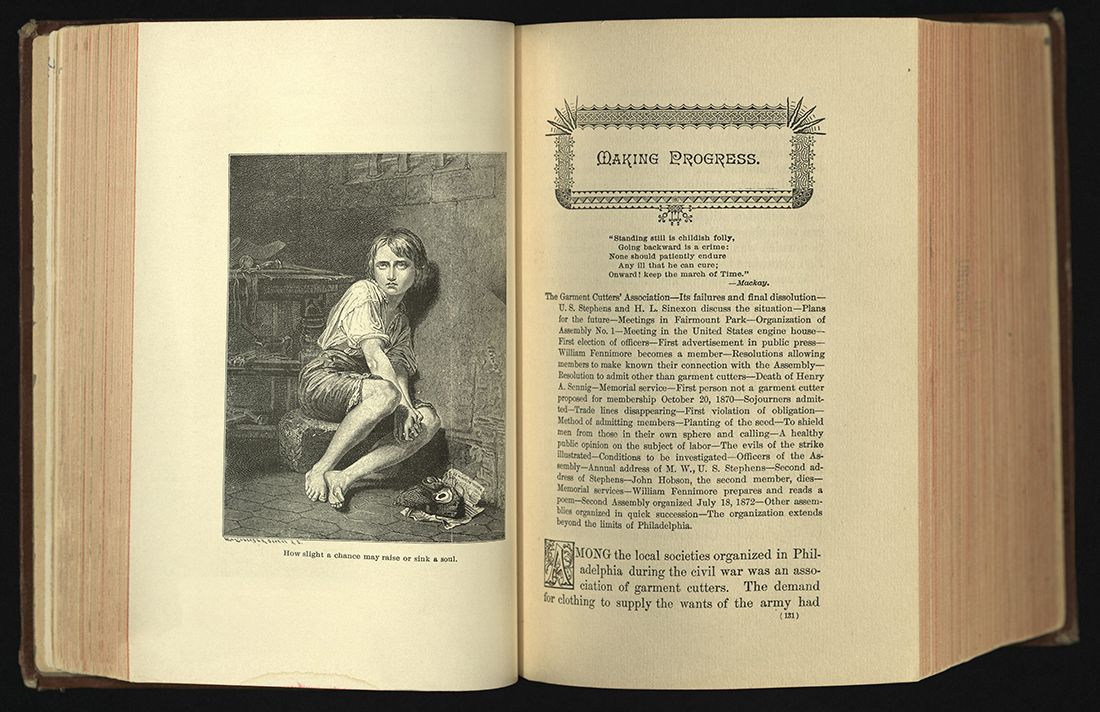 Proponents of the September holiday included the Knights of Labor. Founded in 1869, the Knights of Labor was the first mass organization of the working class in the United States. They promoted industrial unionism and were ambitious in organizing across lines of gender and race, and included both skilled and unskilled workers. Between 1885 – 1886, the Knights achieved their highest level of influence and membership, with nearly 800,000 members across the country.

Their small central office, however, was not enough to supervise or coordinate the many ongoing strikes and activities proposed by the union locals. The Knights of Labor had also been implicated in the Haymarket Affair of 1886 and, as a result, membership plunged almost overnight. Many members looked to more conservative alternatives, such as the American Federation of Labor, which advocated for craft unionism over the one-size-fits-all concept. 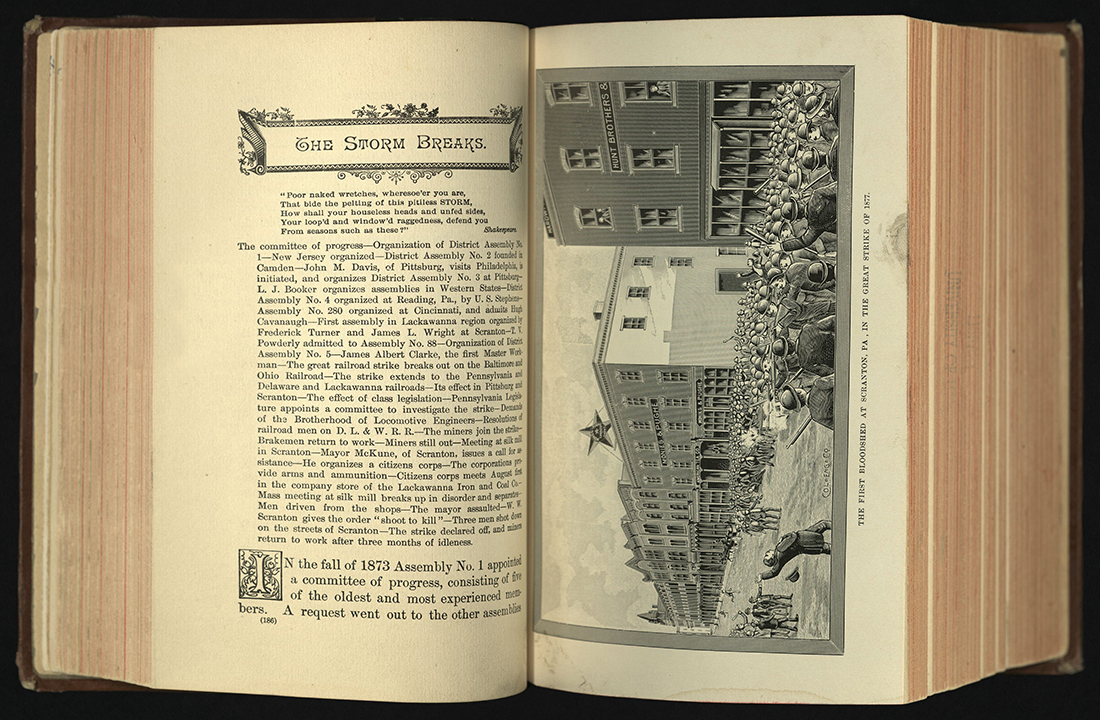 From 1879 – 1893, Terence Vincent Powderly was the Grand Master Workman of the Knights of Labor. Powderly first joined the Knights in 1874 and three years later became the Secretary of a District Assembly. Under his leadership, the Knights of Labor continued to focus on fighting for the eight-hour work day and organizing cooperative endeavors that sought to uplift the workers. Powderly was a poor administrator, however, and hindered the union members from using their most effective tool against the centralized industries: the strike.

Although Powderly was extremely influential in establishing labor bureaus and arbitration boards across many states, he also advocated for the passage of controversial laws such as the Alien Contract Labor Law and the Chinese Exclusion Act of 1882. The Alien Contract Labor Law, or the Foran Act — named after its principal sponsor, U.S. Representative, Martin Ambrose Foran (D-OH) —  prohibited any company or individual from bringing unskilled foreigners (aliens) into the United States under contract to work for them. Exceptions included foreigners who were brought to do domestic service, skilled workers who were needed to help establish a new trade or industry, professional artists, lecturers and actors. Like the Foran Act, the Chinese Exclusion Act of 1882 also argued that immigrant workers were taking jobs away from native-born Americans and driving down wages. 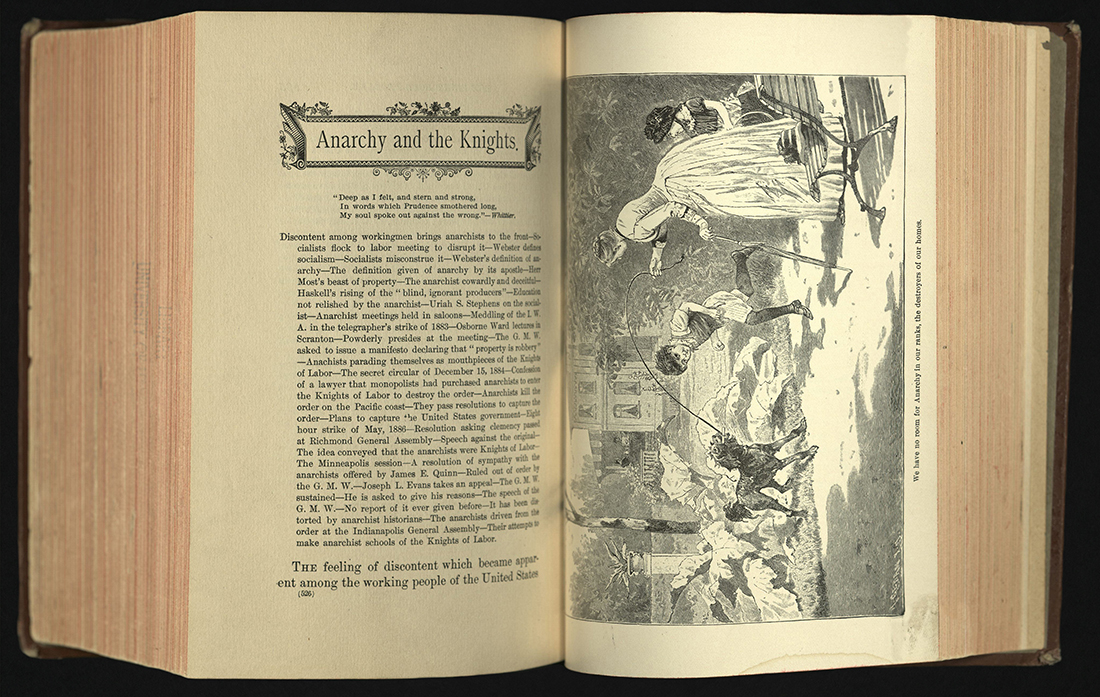 Although women were allowed to become members, only one woman ever held office in the Knights of Labor. In 1885, Leonora Barry was elected as president of District Assembly 65, and later voted in as the head of the Department of Women’s Work. In this role, she investigated and described the horrific conditions within the factories that employed women and children. These reports made Barry the first person to collect national statistics on the American working woman.

Despite their commitment to solidarity, the Knights of Labor often faltered to ensure equality among all of its members. In addition to advocating for the controversial legislative acts, the organization also had a history of tolerating segregation of assemblies in the South, and excluded occupations such as bankers, doctors, lawyers, and liquor manufacturers from membership as they were not considered to be productive members of society. 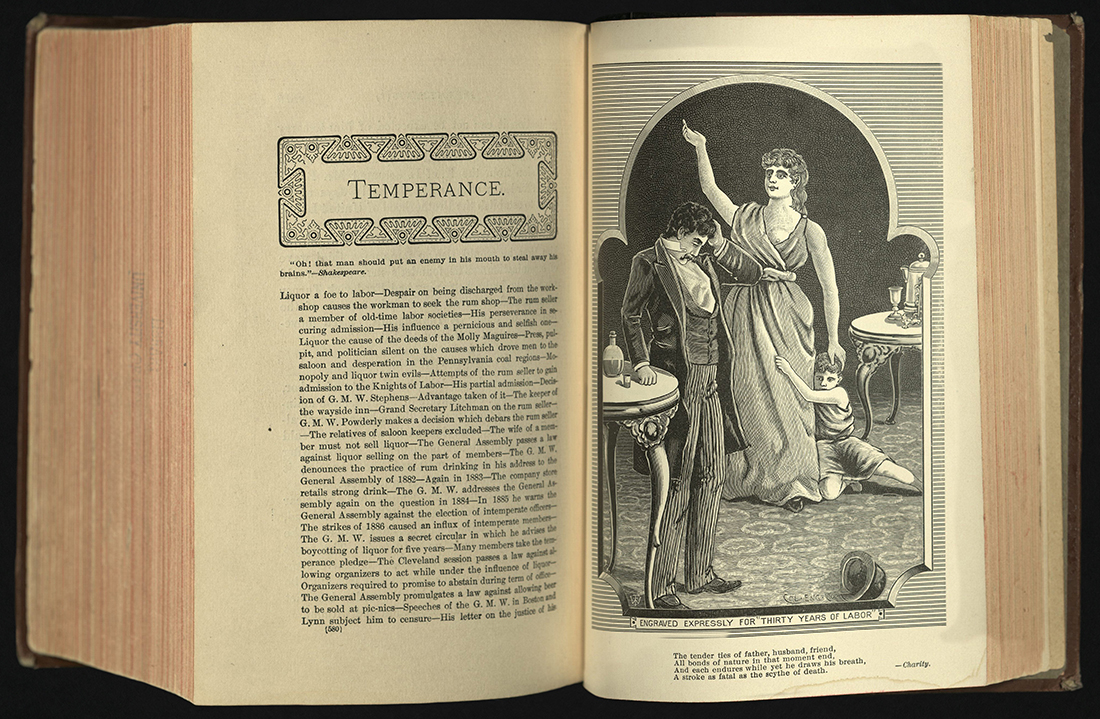 The history of labor in the United States is a complicated one, and Powderly’s Thirty Years of Labor only recalls a short excerpt (and that, in nearly 700 pages!). In his preface, Powderly confesses that, “there is so much to say that when the closing lines were written, the author felt that only a beginning had been made and that he should proceed.”

The Rare Books copy of Thirty Years of Labor comes from the library of Judge Tillman Davis Johnson (1858 – 1953), Senior Judge of the United States District Court for the District of Utah.

To learn more about the labor movements in the United States and their influence on politics and culture, be sure to visit our 2020 digital exhibition Radical! A Retrospective of Twentieth Century Dissent.