The Utah Nippo Newspaper unlocks a unique chapter of American history. Spanning from 1914 to 1991, it tells the stories of the great west as population and industry grew in the fading wake of Manifest Destiny. As one of only three Japanese language papers allowed to be published during World War II, it holds particular historical significance in documenting a Japanese American viewpoint of the trying times the United States endured while at war with Japan.

The countless stories contained in the Utah Nippo are reborn for scholars and enthusiasts with 46,550 prints having been digitized and made available online as part of the J. Willard Marriott Library’s Digital Library Collection. Explore the Utah Nippo today. Go to https://digitalnewspapers.org/ 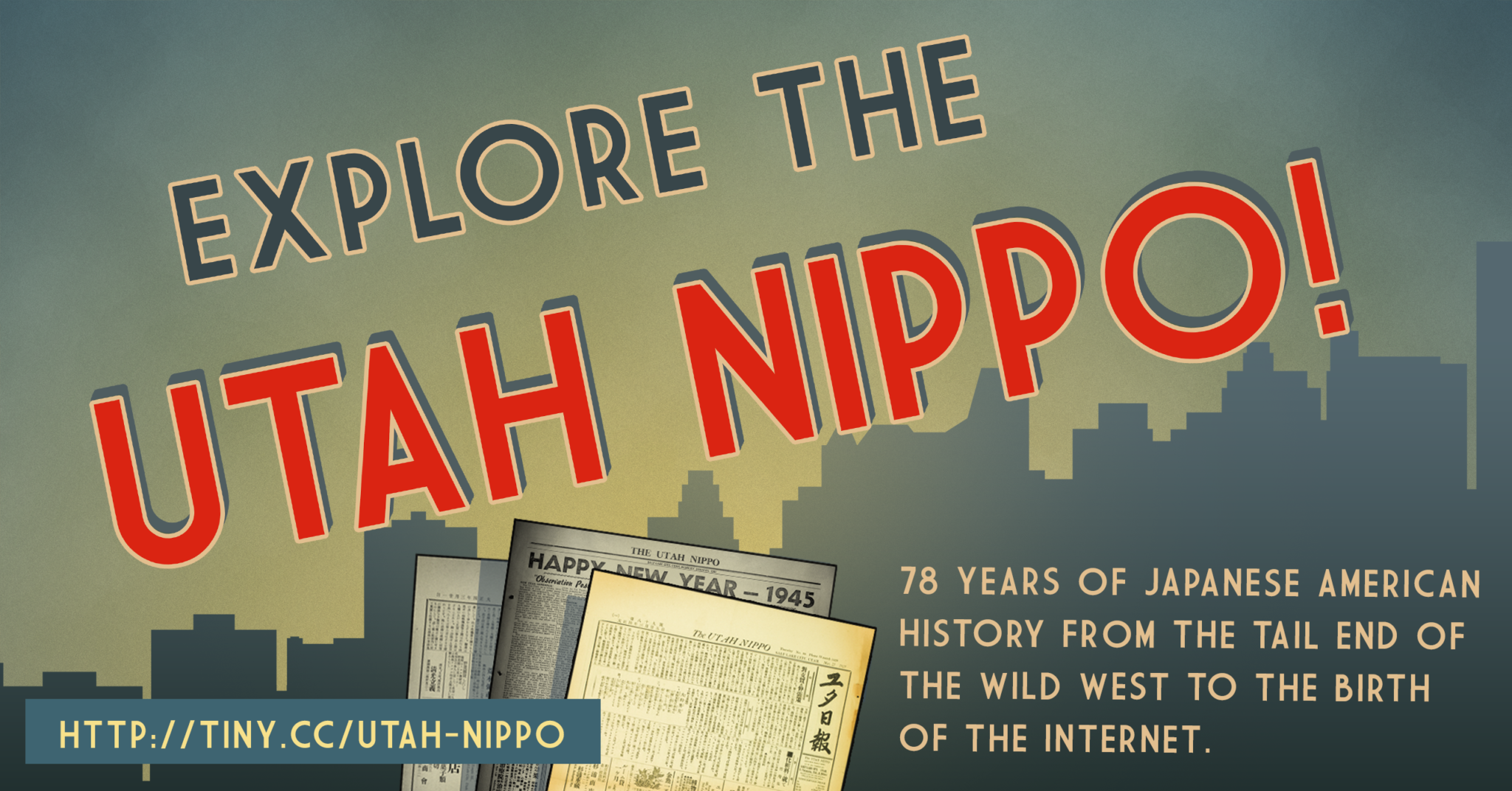