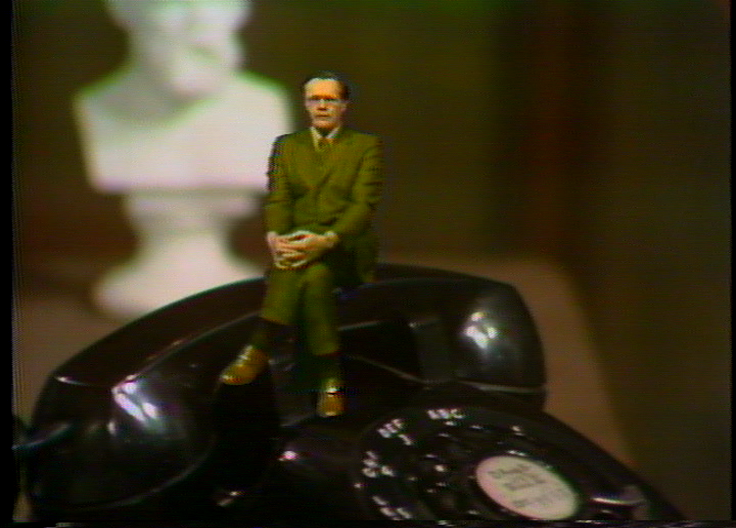 08 Jun A Philosophy of Education: Instructional Television at the University of Utah

In the 1950s, the Ford Foundation and the Fund for the Advancement of Education recognized television as “the most powerful medium of communication yet devised by man.”  In that decade, the number of home television sets skyrocketed from 50,000 to 50 million, and educators, government officials, and charitable foundations seized the opportunity to develop educational broadcasting systems that could reach new audiences, expand instructional capabilities, and support teachers struggling with overcrowded classrooms following the post WWII baby boom.

The University of Utah joined the educational television movement in 1957.  With the help of a $100,000 grant from the Ford Foundation, the University established television studios in the basement of the old student union building and began broadcasting from the KTVT (now KTVX Channel 4) tower in the Oquirrh Mountains.  KUED went on the air on January 20, 1958. Before the development of PBS began in the late 1960s, educational television was primarily instructional.  In the first decade of its operation, KUED broadcast a wide variety of community education classes and for-credit courses, including English 15 – offered for credit beginning in February 1958 – Hunter’s Safety, and Basic Ballet, which featured instruction by world famous choreographer Willam Christensen.  Television allowed colleges and universities to bring outstanding teachers into the homes of non-traditional students, encouraged classroom instructors to enhance on campus student learning through an early version of the flipped classroom, and facilitated creative teaching techniques through the editing of pre-recorded video. Philosophical Issues in Human Affairs (A0212) – a broadcast version of an existing classroom course – was recorded for KUED in 1974.  The course features a series of lectures on basic philosophical principles conducted by former Academic Vice President and Professor of Philosophy Charles H. Monson, Jr.  All the lectures are available to view online in the Digital Library http://content.lib.utah.edu/cdm/search/collection/uu-piiha/order/date and are detailed in the collection finding aid http://archiveswest.orbiscascade.org/ark:/80444/xv10440/.

Although only a few telecourses are archived in Special Collections at this time, the AV Archive continues to collect and preserve these valuable resources as they are uncovered in University departments.  Telecourses like Philosophical Issues in Human Affairs are precursors to today’s online education platforms; they are valuable both for their original educational content and for the insights they provide into the history of teaching techniques, instructional media technology, and the developing landscape of educational television.

Teaching By Television; a Report from the Ford Foundation and the Fund for the Advancement of Education (1961) http://utah-primoprod.hosted.exlibrisgroup.com/UTAH:EVERYTHING:UUU_ALMA21265699690002001