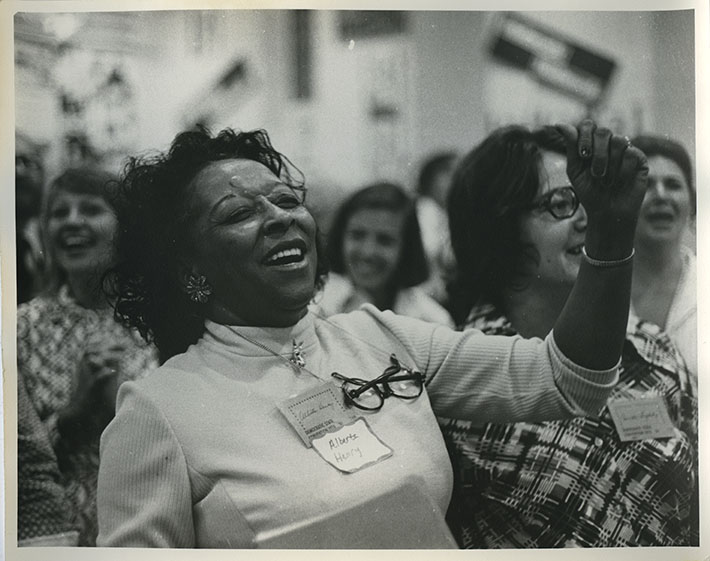 On May 17, 1954 the U.S. Supreme Court ruled unanimously that racial segregation in public education is unconstitutional and that separate educational facilities were “inherently unequal”.  Overturning the 1896 case Plessy v. Ferguson in which “separate but equal” facilities were allowed and often encouraged, Brown v. Board of Education of Topeka, brought an end to federal tolerance of racial segregation and served to motivate the civil rights movement of the 1950s and 60s. Since the 1954 decision, there have been many who have continued to fight for educational equality for African Americans. Alberta Henry was one of those fighters.

In 1950s Utah, African Americans had few options outside the service industry and low-paying jobs. Alberta Henry felt that the potential of African American youth was under-utilized. She began working in the Head Start program and ultimately established the Alberta Henry Foundation in 1967. The Foundation’s continued goal is to provide economically disadvantaged students with the opportunity for a college education.  Henry was the president of the Salt Lake branch of the NAACP for 12 years, served as the minority consultant for the Salt Lake County School District, and served as chair of the Utah Advisory Committee to the U.S. Commission on Civil Rights to name just a few of her civic involvements. For her efforts, she was the first African American to receive an honorary degree from the University of Utah (1971).

Many have taken up the reins since Henry’s death in 2005 and continue to fight for creating a more equitable, culturally diverse Utah; and while we have come a long way, we still have a long way to go. African Americans consistently have comprised only 1% of the student body at the University of Utah. For the 2015-2016 academic year African Americans accounted for only 328 of the 23,794 undergraduates and only 108 of the 8,291 graduates (Office of Budget and Institutional Analysis).