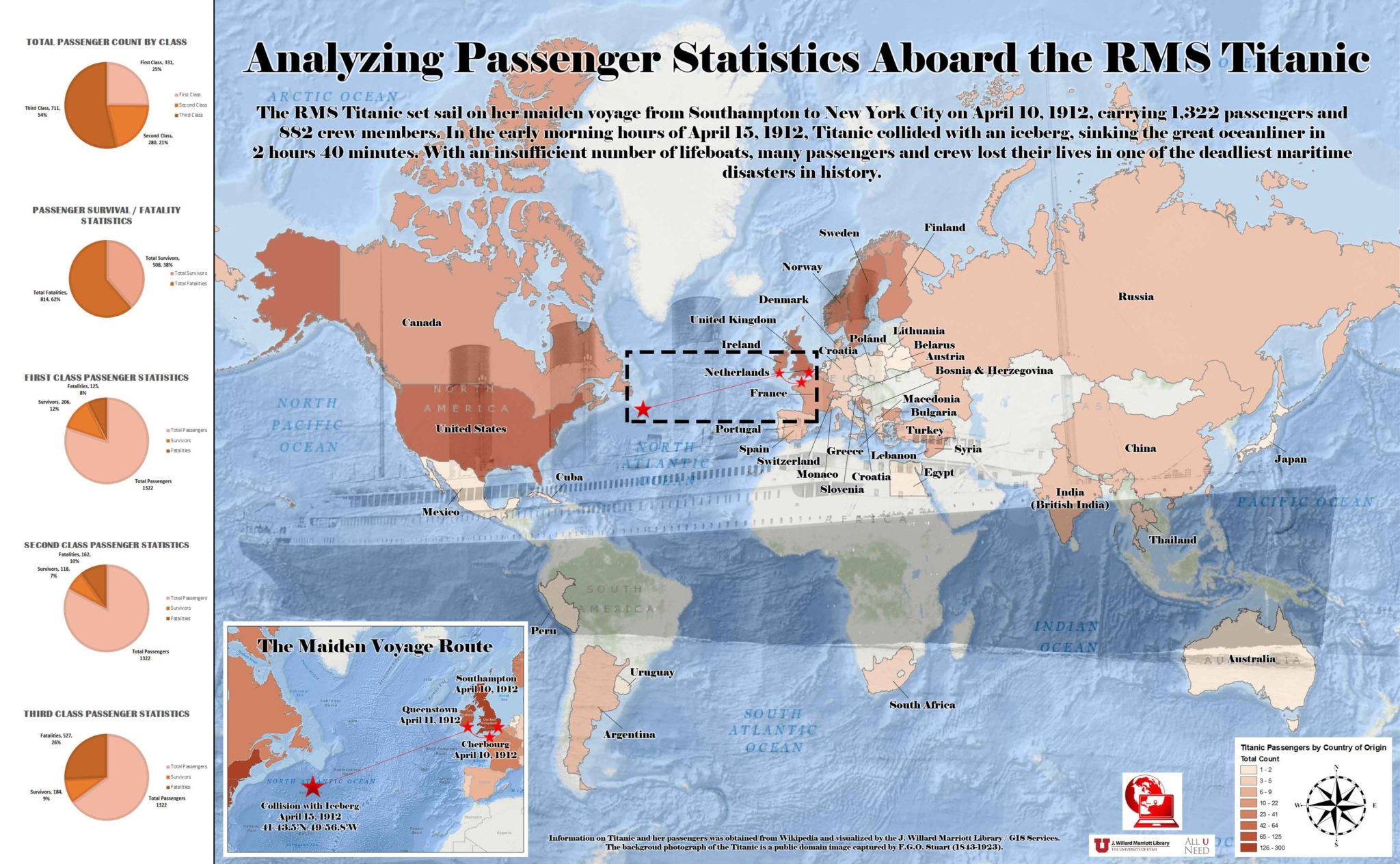 The RMS Titanic set sail on her maiden voyage from Southampton to New York City on April 10, 1912, carrying 1,322 passengers and 882 crew members. In the early morning hours of April 15, 1912, Titanic collided with an iceberg, sinking the great ocean liner in 2 hours 40 minutes. With an insufficient number of lifeboats, many passengers and crew lost their lives in one of the deadliest maritime disasters in history. In this Map of the Week, we analyze the passenger statistics for those known to have been aboard the Titanic, including origin, survival, and fatality rates among classes. #MapMonday

Developing a database of known passengers aboard the Titanic during her maiden voyage was the first step towards creating this cartographic map, utilizing detailed information available through Wikipedia. Within this information were attributes key to visualizing passenger statistics including: hometown origins, passenger classes, and survival information. All of the available information was input into an Excel spreadsheet, combining the data statistically and returning summarized results on: total passengers by country of origin, breakdowns of passengers by classes, and a comparative analysis of survival to fatality rates among classes.

Visualizing the hometown origin data on the map immediately depicted that the majority of passengers aboard the Titanic derived from countries in the United Kingdom (355) and the United States (300), but simultaneously showing countries in which the origin of a single passenger occurred. Furthermore, analyzing passenger information through the development of statistical charts offered insight into passenger counts and survival / fatality rates among the classes. Results showed that the majority of passengers aboard the Titanic were those in third class (711) and of the total known passenger count (1,322), only 25.88% (184) of third class passengers survived.

116-years later, Titanic continues to spark the interest of researchers and explorers around the world. This map serves as a tribute to those who were lost and a reminder of this tragic event in our history.