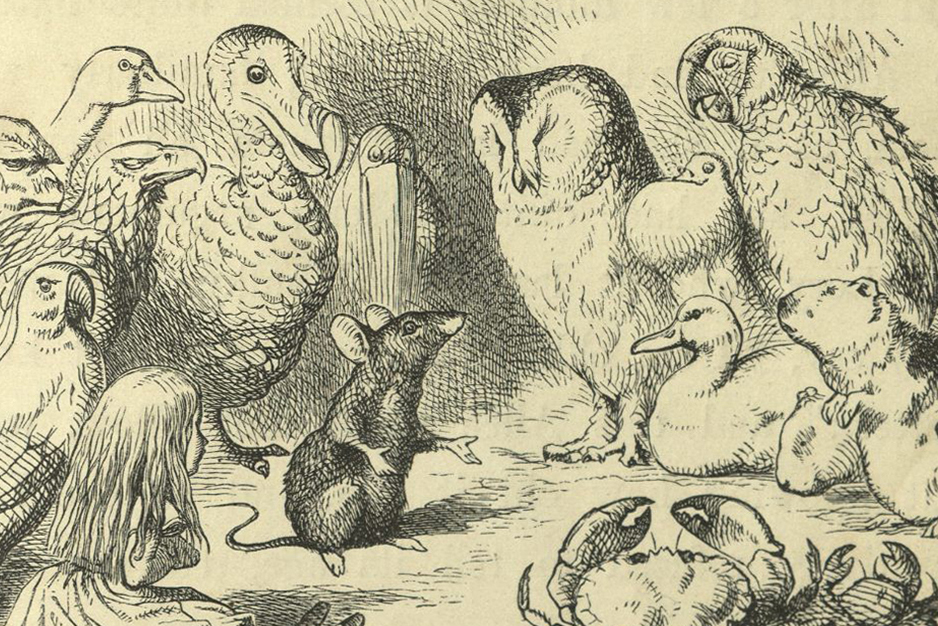 “Animals should not use human language.”

Charles Lutwidge Dodgson’s now-famous Alice’s Adventures in Wonderland was intended solely for Alice Liddell and her two sisters. Dodgson made the story up to entertain the bored children during a series of outings. Alice asked Dodgson to write the story down. Dodgson presented his manuscript to Alice as a Christmas gift in 1864. Friend and novelist Henry Kingsley saw the manuscript and encouraged Dodgson to publish the book. Dodgson consulted another friend, George MacDonald.

Macdonald, a popular writer of fairy tales and fantasy, read the story to his children, who thoroughly approved of it. Macdonald’s six-year-old son is said to have declared that he “wished there were 60,000 copies of it.”

Dodgson prepared the manuscript for publication, expanding the original 18,000 word story to 35,000 words and adding, among other characters and scenes, the Cheshire Cat and “A Mad-Tea Party.”

The first edition included forty-two illustrations by John Tenniel, a cartoonist for the magazine, Punch. The edition of 4,000 copies was released, under the pseudonym “Lewis Carroll,” in time for Christmas in December of 1865, carrying 1866 as the publication date. However, Tenniel and Dodgson disapproved of the quality of the printing. This first printed edition was removed from the market. A few of these printings made their way to the United States.

In 1931, the work was banned in China by the Governor of Huan Province on the grounds that “Animals should not use human language, and…it [is] disastrous to put animals and human beings on the same level.”