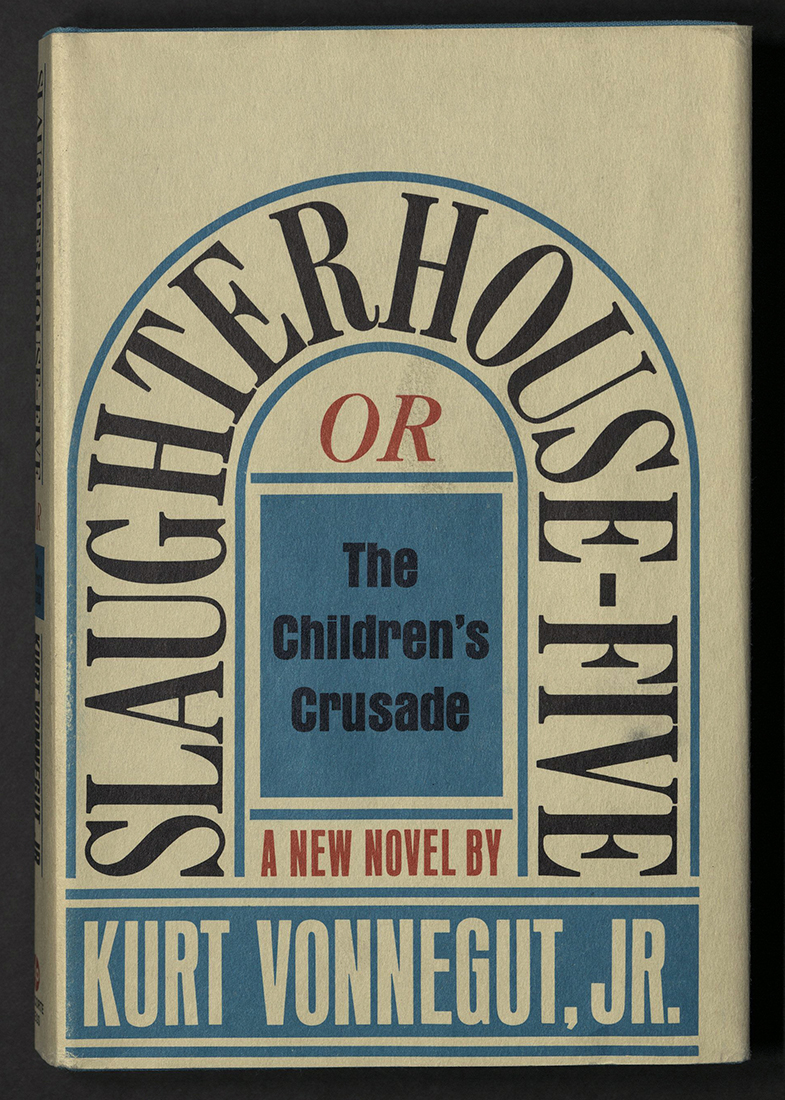 “–Why me?
–That is a very Earthling question to ask, Mr. Pilgrim.
Why you? Why us for that matter? Why anything?
Because this moment simply is.
Have you ever seen bugs trapped in amber?
–Yes.
–Well, here we are, Mr. Pilgrim, trapped in the amber of this moment. There is no why.” 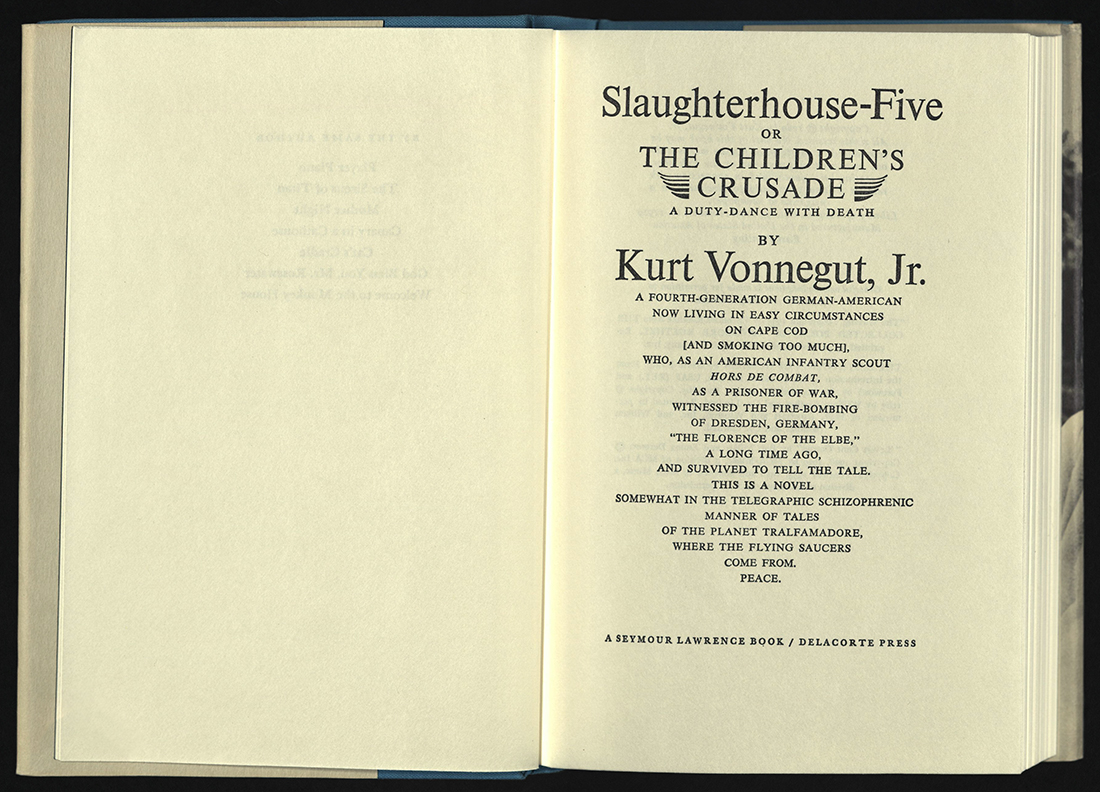 Kurt Vonnegut’s Slaughterhouse-Five is considered to be one of the most censored books of the last century. For several decades in a row, it had been placed on the American Library Association’s list of “Most Frequently Challenged Books.” This novel can list dozens of cases where students, teachers, administrators, librarians, and members of the clergy have called on the removal or destruction of the book, citing one or more of the following reasons: obscenity, vulgar language, bathroom language, violence, inappropriateness, un-Godliness, immoral subject matter, cruelty, and an unpatriotic portrayal of war.

Slaughterhouse-Five, or, The Children’s Crusade: A Duty-Dance with Death is a science-fiction novel infused with anti-war sentiments. First published in 1969, Slaughterhouse-Five follows the life and experiences of an American soldier named Billy Pilgrim. His story starts during World War II, highlighting an unusual event in which Pilgrim gets captured, transported to Germany, and held prisoner in an empty slaughterhouse — Schlachthof-fünf — wherein the novel gets its title. Between the war and post-war years, Billy Pilgrim occasionally travels through time or, more accurately, gets “unstuck” in time. 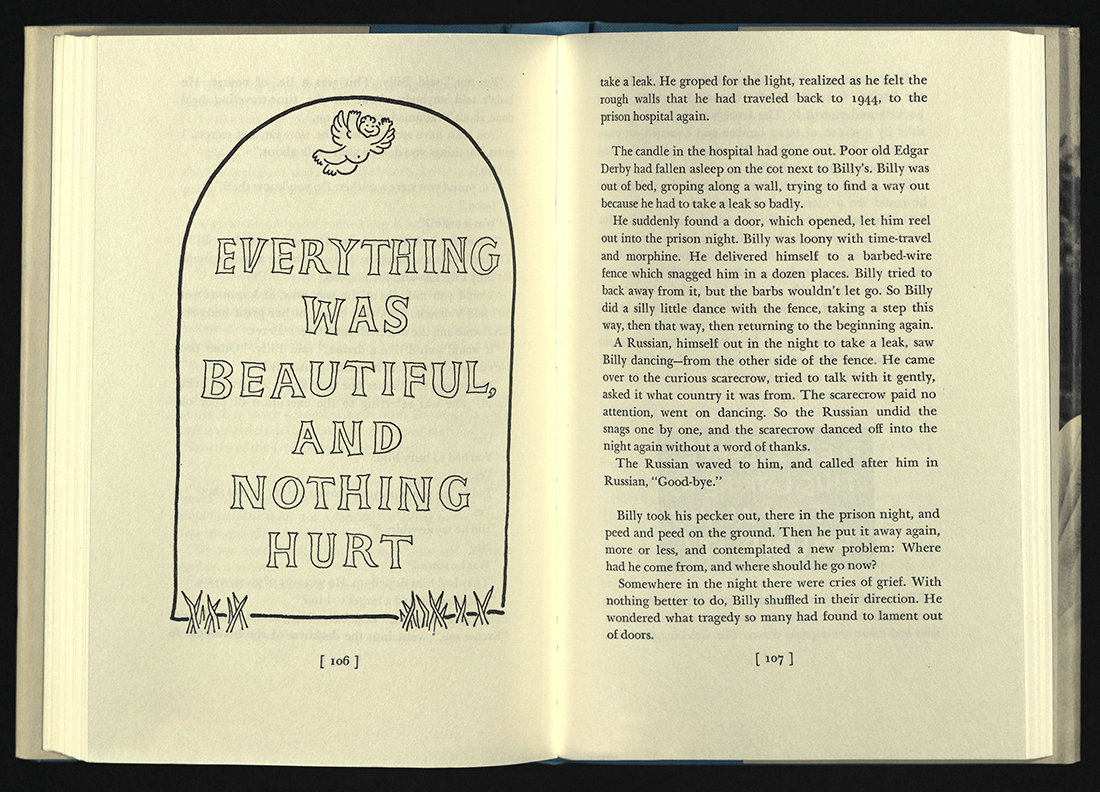 Almost immediately after its publication, Slaughterhouse-Five began to see an onslaught of challenges against it. School boards, teachers, and parents objected to the novel being taught in classrooms, but often went further, calling on the permanent removal of the book from school libraries. Over the years many lawsuits ensued. One of the most famous was Pico vs. Board of Education — noted for being the first case of school library censorship to have reached the Supreme Court. The case stemmed from the actions of a school board meeting in 1975. The Island Trees Board of Education had received a list of “objectionable” books from the Parents of New York United. The board formed a committee to review the list, but decided first to remove the books from school libraries. From the list, they discovered nine titles on the shelves, including Slaughterhouse-Five.

In 1977, Steven Pico and other high school and junior high students filed a lawsuit against the school board which claimed that their First Amendment rights had been violated by the board’s removal of the books. The board countered with a rebuttal, condemning the books as “anti-American, anti-Christian, anti-Semitic, and just plain filthy.” The case was followed by countersuits during the years of 1979, 1980, and 1982. When it reached the Supreme Court, four Justices ruled that removing the books was unconstitutional, another four concluded the contrary, while one Justice maintained that the court need not decide the question on the merits. The final verdict in Pico was that “local school boards may not remove books from school library shelves simply because they dislike the ideas contained in those books and seek by their removal to prescribe what shall be orthodox in politics, nationalism, religion, or other matters of opinion.”

Over the years, many other incidents involving public schools and Slaughterhouse-Five have occurred. The controversy over whether or not to remove the novel from the school libraries often ends with a compromise of limited access and parental permission.