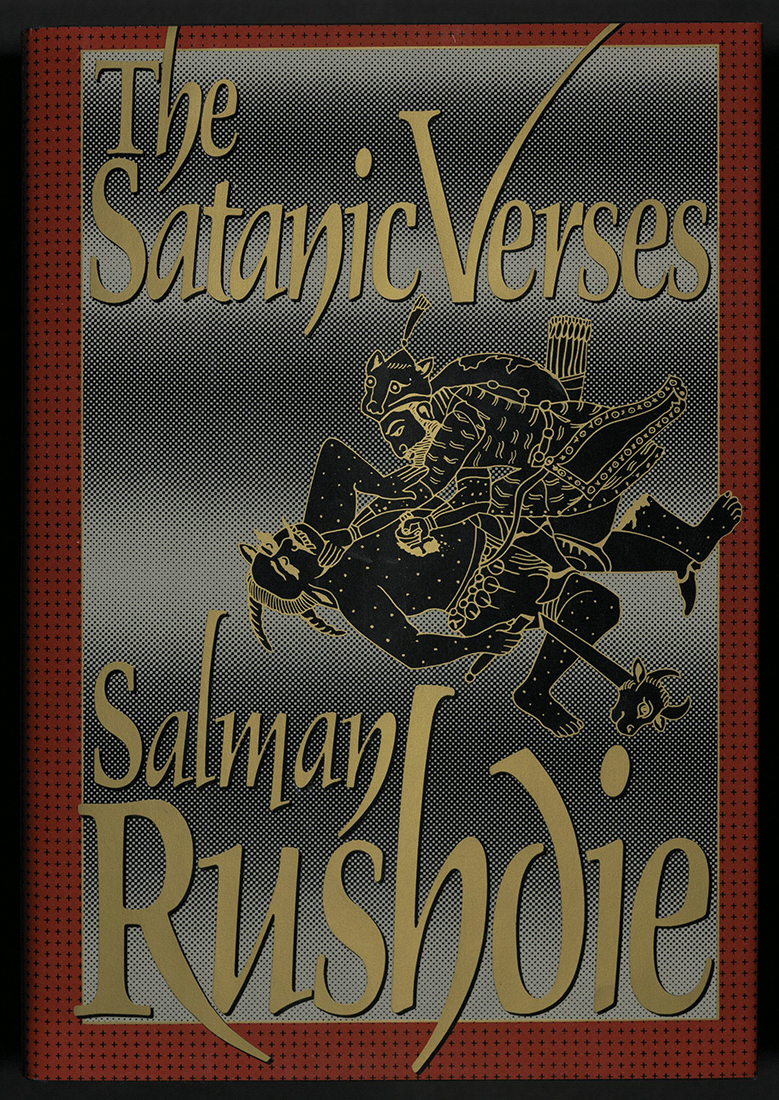 “What kind of idea are you? Are you the kind that compromises, does deals, accommodates itself to society, aims to find a niche, to survive; or are you the cussed, bloody-minded, ramrod-backed type of damnfool notion that would rather break than sway with the breeze? – The kind that will almost certainly, ninety-nine times out of hundred, be smashed to bits;
but, the hundredth time, will change the world.” 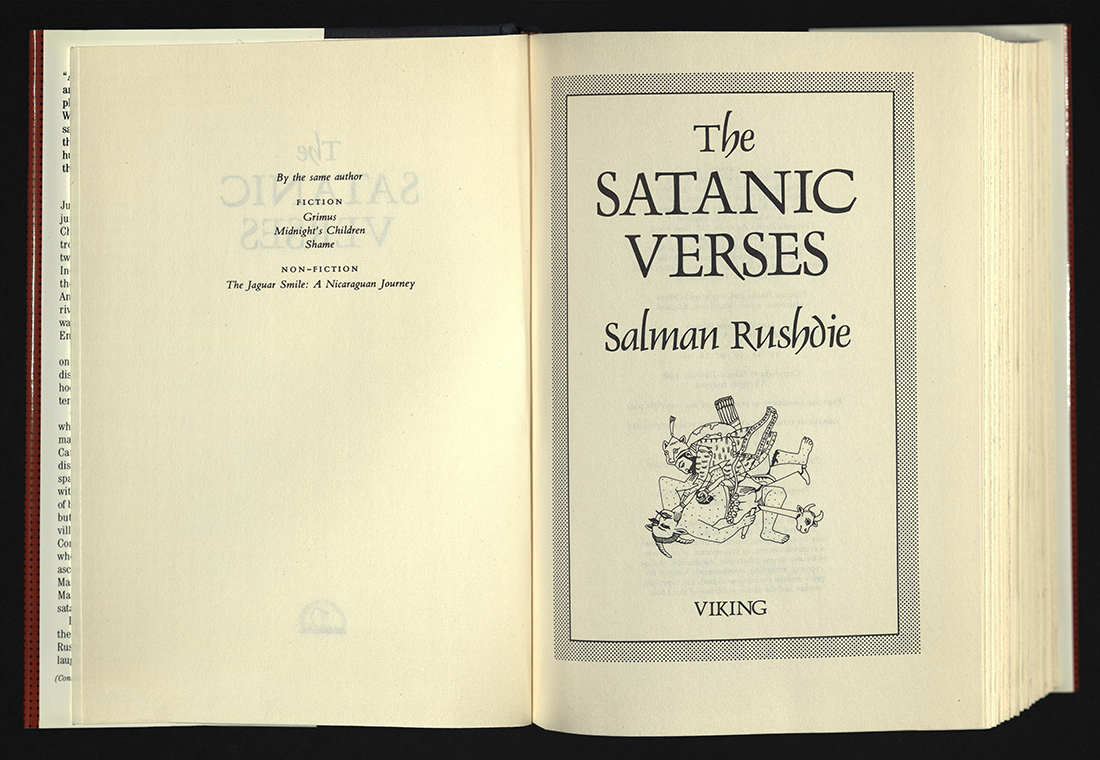 The Satanic Verses was written by Indian-born British author, Salman Rushdie and first published in the U.K. in 1988. It was Rushdie’s fourth novel, and one that would hold a unique place in the history of literary censorship. The Satanic Verses  is a complex and challenging novel that is told through a series of three interconnected stories set in present-day London, Bombay, an Indian village, and elsewhere in Arabia in the seventh century. Using a style similar to magic realism, Rushdie explores themes of migration and dislocation, doubt and the loss of religious faith, and the nature of good and evil. Or in his own words,

“It is a migrant’s eye view of the world… It is written from the experience of uprooting, disjuncture, and metamorphosis (slow, rapid, or pleasurable) that is the migrant’s condition, and from which, I believe, can be derived a metaphor for all humanity.”

The second tale of the novel, told in alternating chapters, alludes to the historical origins of Islam. In particular, to a legendary episode in Prophet Muhammad’s life, during which he added verses to the Koran and elevated to angelic status three goddesses that were worshipped by the polytheistic citizens of Mecca. Muhammad later revoked the verses, realizing that they had been transmitted to him by Satan posing as the angel Gabriel. Within these specific narratives, The Satanic Verses exposes the consequences of revelation and belief and, in doing so, finds itself the focus of major controversy. 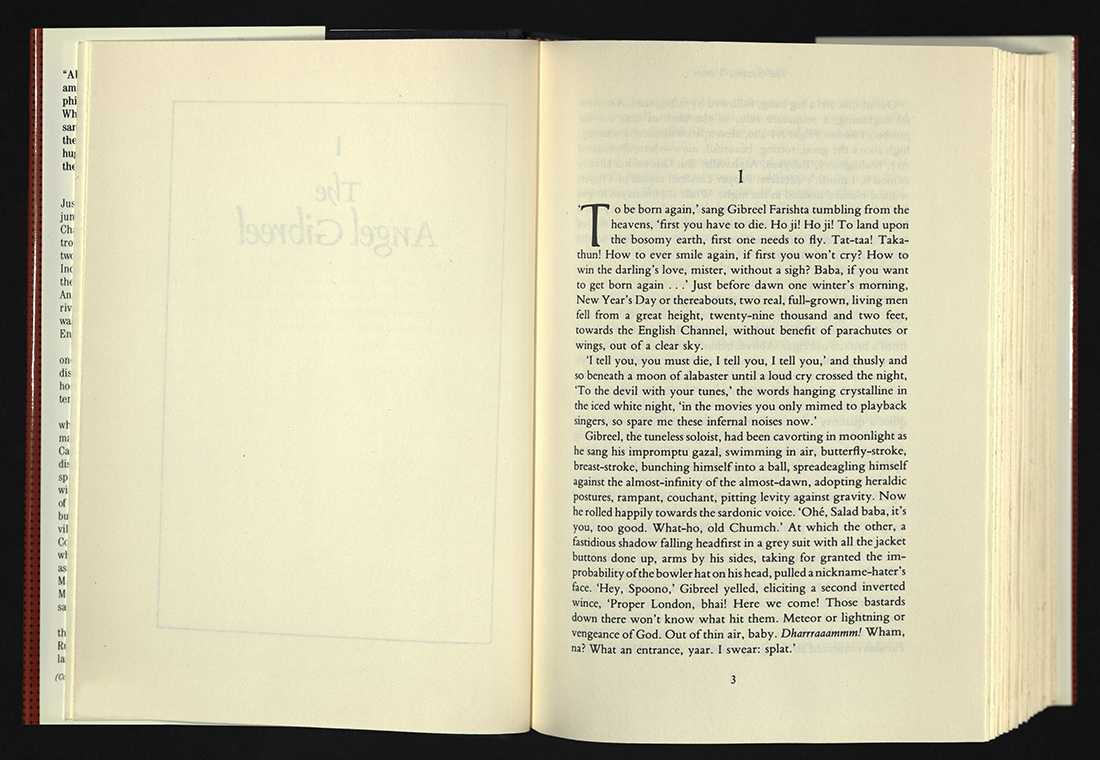 Even before the book was published, two members of India’s Parliament had already launched a campaign calling for The Satanic Verses to be banned — neither had read it. India became the first to censor the novel, only nine days after it was released in the U.K. The importation of the British edition was prohibited under a ruling of the Indian Customs Act. Soon, Rushdie began to face pressure in England as well. Groups such as the U.K. Action Committee on Islamic Affairs and the British-based Union of Muslim Organizations called for the immediate withdrawal and destruction of the book and attempted to have Rushdie prosecuted under the same British laws which prohibit blasphemy against the doctrines of the Church of England.

Within weeks, the novel was banned in South Africa, Pakistan, Somalia, Saudi Arabia, Egypt, Bangladesh, Sudan, Malaysia, Indonesia, and Qatar. In the United States, the Viking Press — which was set to publish the U.S. edition — received bomb threats and thousands of menacing letters. Book burnings and other violent demonstrations took place in England, Pakistan and India. Hundreds of people were injured in the riots and several people died. Then, the unexpected happened. On February 14, 1989 Iran’s leader, Ayatollah Khomeini, issued a religious edict called a fatwa against the novel and its author, Salman Rushdie. A bounty for Rushdie’s murder quickly exceeded two million dollars.

The years following the publication of The Satanic Verses continued to bring violence and death. Despite issuing a public apology, Rushdie went into hiding and, with police protection, has so far escaped any direct physical harm. Others have not been as lucky. Several translators and publishers of The Satanic Verses worldwide were victims of attacks, leaving more than forty dead in total. Although Khomeini himself died in June 1989, the fatwa against Rushdie remains in force, reaffirmed by Iranian officials. Protests against the novel also continue to occur.