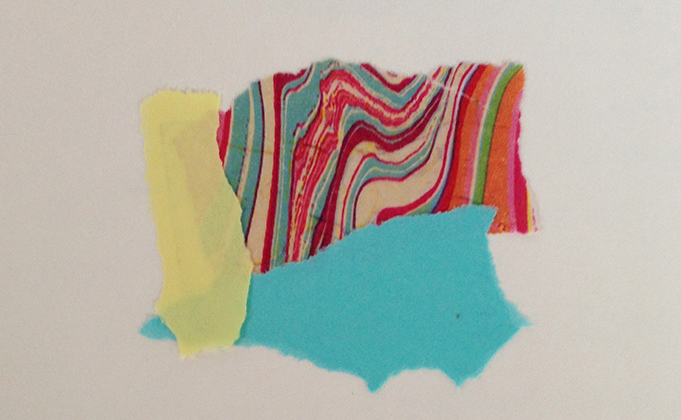 Posted at 20:30h in Red Butte Press, This Book is Now by crane 0 Comments
0 Likes
Share

AB Gorham is a book artist and writer, originally hailing from Montana. She holds MFAs in Book Arts (2014) and Poetry (2012) from The University of Alabama. She lives in Sparks, Nevada with her husband, two daughters, and three beasts, is the Manager at Black Rock Press, and teaches book arts at The University of Nevada, Reno. Recently, Gorham edited and curated a collaborative reading experience of Frank Stanford’s The Battlefield Where the Moon Says I Love You which is published by Third Man Books. https://thirdmanbooks.com/news/the-battlefield-where-the-moon-says-i-love-you/?fbclid=IwAR1K6A91t3qglU2K_Ox2Zv2MqQPnXvEqTbevdQvLNXxqArc1Zp9NSncOoU4. Her artist’s books are represented by Vamp and Tramp Booksellers, LLC and Abecedarian Gallery. Her current project, featured in the post below, is funded by a CBAA Project Assistance Grant. Her work can be viewed at https://abgorham.com/

Here is a photograph of my grandma that I found while my family gathered in Montana to honor her death. In this photo, she’s playing a game of poker, holding a $100 bill between her teeth. She’s gorgeous and blonde and supremely confident, counting chips after winning the previous hand. This photo arrived, after I’d already made a mockup, set some text, and mixed ink, and suggested an alternative route through my grieving process—I am to make this book object into a Portrait (a book portrait, a bortrait, a pook, a portrook—nah). My father’s mother, Lillian M. Gorham, passed away in December of 2016. Ever since then, I’ve been in pursuit of some way to document her life and my (my family’s) loss. I was anxious about creating something that honestly depicted a person as complicated as my grandma, while also paying homage to my deep love for her and respect for her humorous outlook on life. Until recently, I felt too close to the subject matter—an issue only remedied by time. That same amount of time has somewhat assuaged the initial shock of sadness and given me the opportunity to find new ways to make meaning within this project by interweaving outside source material with my own writing and mark-making. I’ve wandered a bit from my original intention for this project, which usually results in a more interesting approach to the content.

The writing for this book is a mixture of ekphrasis, obituary, and elegy, combined in the name of portraiture. I’ve been returning to Rilke’s Duino Elegies in search of a way to speak about the dead, and, so far, it has lead me to this passage beginning the Third Elegy: “To sing about someone you love is one thing; but, oh, // the blood’s hidden guilty river-god is something else.” I’m much more interested in that “guilty river-god” although I know this approach does not always make a pretty portrait. It does, however, allow me to address a person’s ability to endure and inflict physical and emotional darkness while also enjoying, like the best of all people, a well-timed fart joke. The river-god sings of the many-headed truth while stacking poker chips. Its guilt confirms that we are multitudinous, a fact that allows us to adapt, to be many, most. This book is not meant to present any answers, but perhaps it could pose a few questions about the endurance of one’s mythology, embattled truth eyeing the individual experience, and the shape a person takes once they become a looming, ghostly version of themselves.

I’m taking a fairly literal approach to a portrait, and looking to the geometric human figures of Paul Klee, and William Carlos Williams’ “Portrait of a Lady” in search of how a portrait can also be a book object—what to do with all of those planes of existence? Both of these works present the figure as comprised as something other than its biological parts. Perhaps, the body, the most grounded thing we know, is more dependent on context than we thought. I’m leaning towards a Giuseppe Arcimboldo version of a figure, which is often many complete but disparate parts arranged to make a whole person, mostly in profile, from the shoulders up. William Carlos Williams’ “Portrait of a Lady” (first published in the Dial, August 1920) takes on the figure as the subject matter of the poem, deliberately calling out each part of the body as if to conjure it into being. This poem includes many of the features of an actual body, but Williams’ treatment of those features simultaneously launches the body into the literal and figurative landscape, ultimately elevating the Young Lady into a cosmic being.

Your thighs are appletrees
whose blossoms touch the sky.
Which sky? The sky
where Watteau hung a lady’s
slipper. Your knees
are a southern breeze — or
a gust of snow. Agh! what
sort of man was Fragonard?
— As if that answered
anything. — Ah, yes. Below
the knees, since the tune
drops that way, it is
one of those white summer days,
the tall grass of your ankles
flickers upon the shore —
Which shore? —
the sand clings to my lips —
Which shore?
Agh, petals maybe. How
should I know?
Which shore? Which shore?
— the petals from some hidden
appletree — Which shore?
I said petals from an appletree.

If Williams’ poem helps me think about the physical organization of imagery and text, as well as provides example for abstracting parts of the body into a more sentient state, then Barbara Guest’s “Roses” gives me permission to reconsider the portrait’s limitations as a mode of recording a life. There is too much to say about this poem in the space of this blog post, but trust that it is in my brain while I’m making this book portrait. Part of the challenge here is attempting to pull this book out of the dark pocket of the individual experience (my grandma and my memories of her). There is significance in the individual experience, but I can’t make this portrait without acknowledging that I’m not the first person to experience the death of a loved one. Through the framework of the ekphrasis-obit-elegy, I’ve reworked language from Edward Tufte’s books on data visualization. Treating memories as points of data allows for a contained approach to my grandma’s biography. We are comprised of so many moments and acts, to say nothing of the infinite intentions alive within us, that some culling is necessary for this book. This diagram in Tufte’s The Visual Display of Quantitative Information shows a canine’s facial expressions according to the two interacting variables, fear and rage. As of now, I don’t plan on sketching a diagram of my grandma’s facial expressions like some kind of pain chart. Instead, I am using this diagram as a way to consider the arrangement of both text and imagery. This diagram doesn’t explore the interstitial emotions of the dog, it simply delineates finite points of emotional peaks. Can we only focus on a person’s finite points when conjuring up their memory? Perhaps these “finite points” include jail time, babies, prizes, and the “in-between” is our bodies en route to those moments. Supposedly, a successful visual portrait can somehow capture the spirit of a person’s interstitial self, how to accomplish this with text? To begin, I gather a little bit of text, or a sound bite, and even sometimes I’ll get a visual flash of a particular structure. The “data” I’m using is a set of memories; some memories that are my own, and some memories that belong to my father, my sister, my mother, and my extended family. The resulting collective archive then becomes a shimmery figure that I shape into a book object. How can I capture iridescence? There must be folds, of course. A shape very bookish and unfolding seems fitting for this project. Certainly, it should be something that can mount on the wall. I toggle between digital and analog worlds when making a thing, but the seed idea or phrase usually begins in my notebook, written by hand. I’m not really a doodler in the traditional sense, rather, I tend to “doodle” with language. Eventually, that language starts to cohere or at least glob together and from there I start to think about structure, potential imagery, and invariably the text begins to manipulate breath and space as the book takes on a shape. Some of this text came when driving up a mountain outside of Red Lodge, MT to spread my grandma’s ashes.

to be many, most
to be blonde
blondest &
burning she      appears
in the doorway I’m thinking of collage in the sense of a constellation—connecting many stars (memories, viewpoints) in order to form a figure. Tufte writes about this idea using the image of Centaur from the ninth century. Not only is this a fleshing out of a constellation map, but the image “unifies” (Tufte’s term) text and image in service of the portrait by presenting text as image. Tufte then continues his exploration of this constellation by providing Elaine Morse of Graphic Press’ English version of the same image. Something about this replication and translation feels similar to the process of reimagining a person as a book portrait. I remember the first time that I saw some woodcut portraits by Nancy Loeber and I thought, I would like to make something that beautiful and cosmic. A portrait, among many things, is the record of a certain tilting of the body meant somehow to encapsulate a lifetime of cold shade and illumination that one has endured—essence manifest. In some ways, portraits allow for the objectification of the individual that is necessary for the act of remembering a life—here is a person of this age, wearing this outfit, hair coiffed like so.

I still have text and imagery to finalize before I begin the printing stage, as well as I’ll mockup a few more versions of the structure. I’m looking to shape an object that can contain my reverence for her and her (often playful) irreverence for the world. Paper and board and ink can never be flesh, but can be composed in its likeness, and so here’s the beginning of the endeavor: