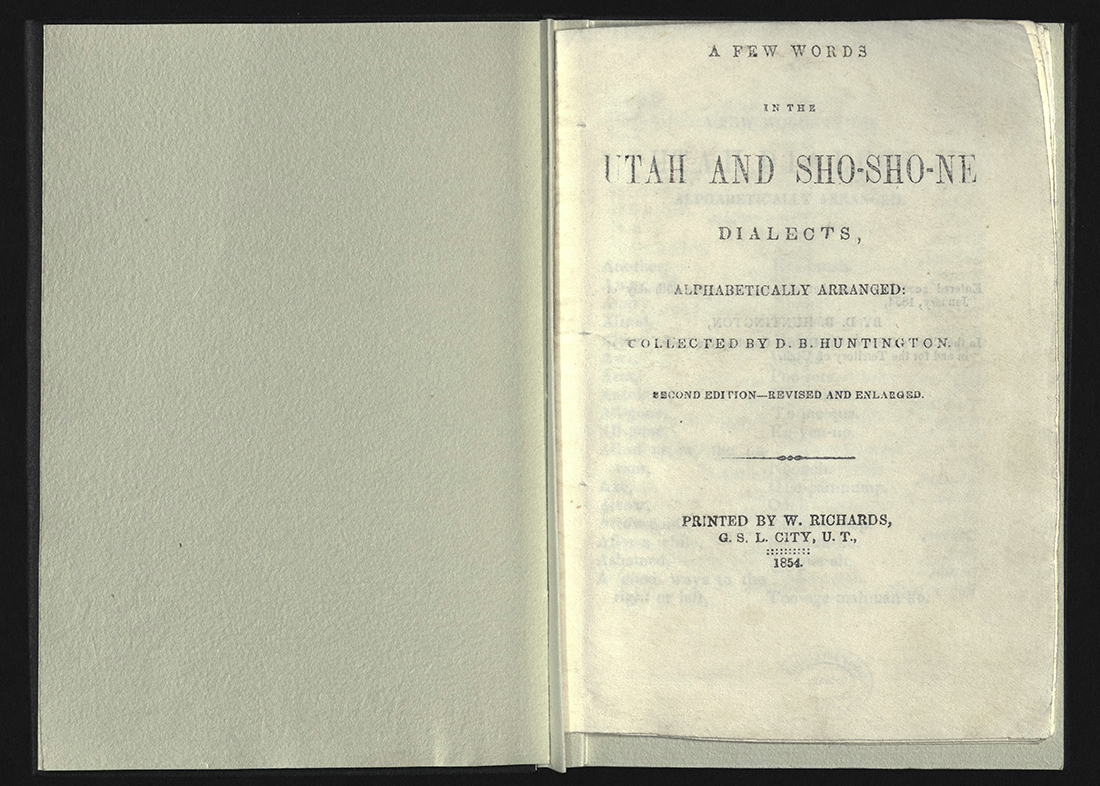 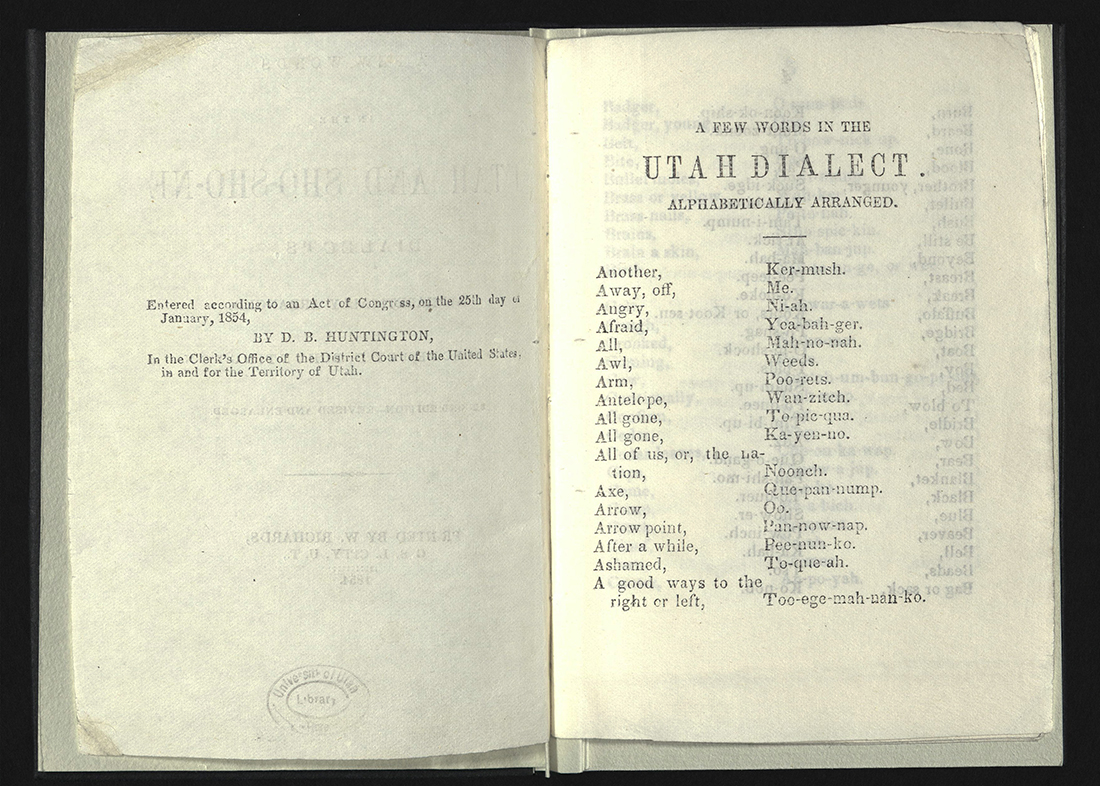 The state of Utah finds itself at the intersection of the Colorado Plateau, the Great Basin, and the Rocky Mountains. Its wild and rugged terrain has long been the traditional home of several Native American tribes from the Uto-Aztecan language family, including the Utes, Paiutes, Shoshone and Goshutes. The Uto-Aztecan language family is considered to be one of the largest linguistic families found in the Americas. It consists of over thirty languages spread across the Western United States and Mexico. Within the state of Utah, there are two main languages spoken from the Uto-Aztecan family: Colorado River Numic and Shoshone. 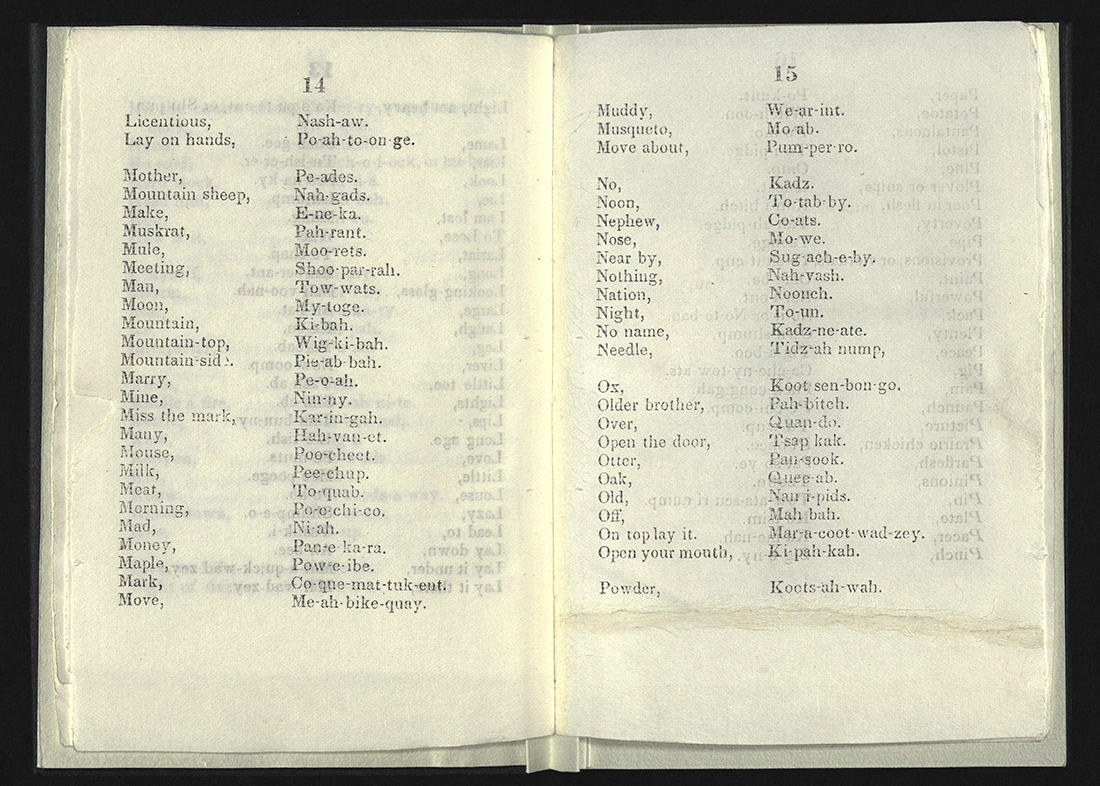 The word numic comes from a cognate word in all the Numic languages which refers to “person” or “people.” In the Colorado River Numic language, or Ute dialect, the word for “the people” is Núuchi-u; and in the Shoshone language, Newe. The term “Ute” was first used by the Spanish and referred to all the tribes north of the Pueblo peoples. “Shoshone” came from the word sosoni, a high-growing grass that was used to make their traditional homes. In many cases, members of each tribe will prefer to self-identify as Núuchi-u and Newe, respectively. 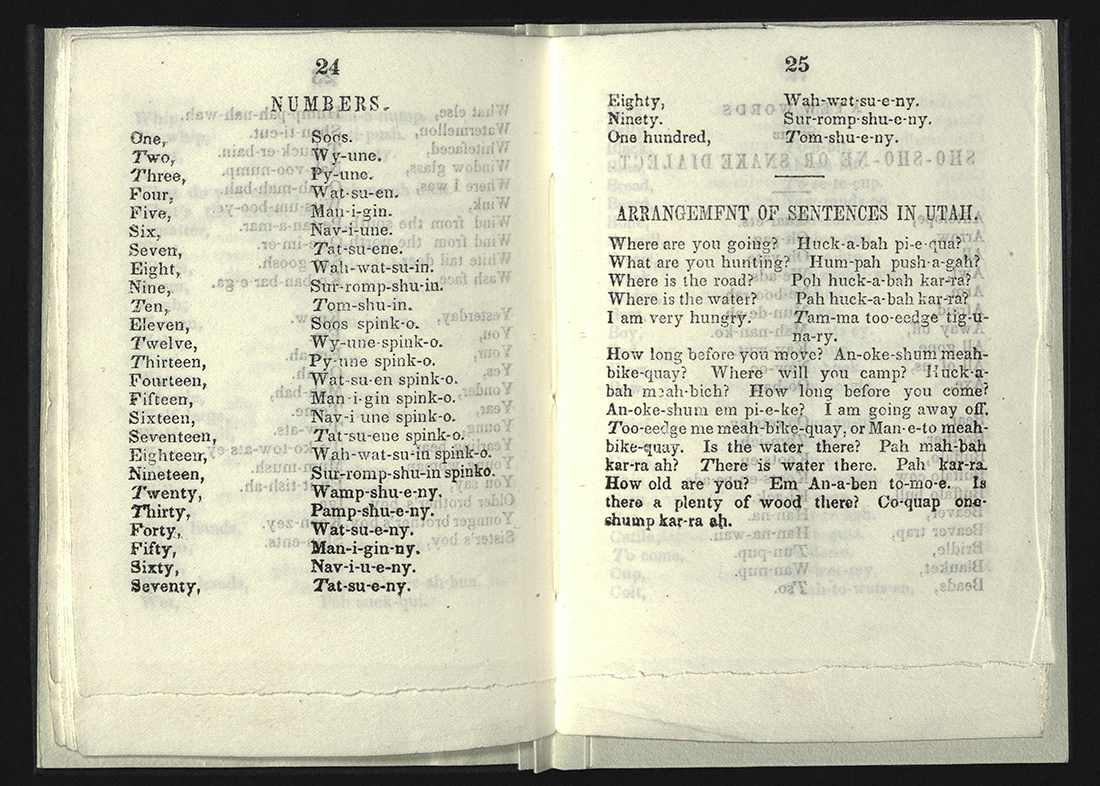 When members of The Church of Jesus Christ of Latter-day Saints first arrived in the west in 1847, there were three major groups of Native Americans already living in the territory: the Utes, Shoshone, and the Southern Paiute. Despite some contention, Brigham Young did strive to maintain good relations between the settling pioneers and the Native Americans. Within the Church’s perspective, the contemporary tribes were remnants of a larger civilization called the Lamanites — descendants from Israel, who are spoken of in the Book of Mormon. Because of this, the early pioneers attempted to take on a different approach. 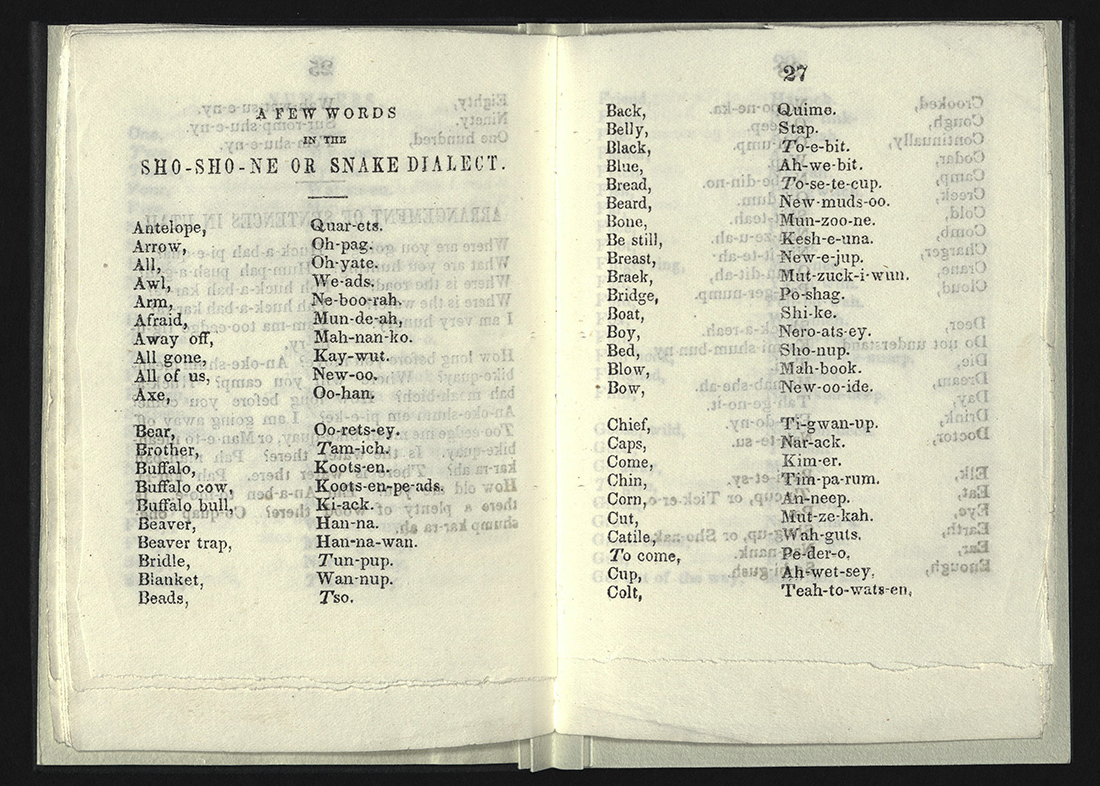 Dimick Baker Huntington was one of the earliest pioneers to arrive in the Utah territory. He became best remembered for his service as Brigham Young’s Indian interpreter. According to historian and author, Juanita Brooks, “Brigham Young entrusted him with the settlement of some of the most dangerous and delicate problems of Mormon-Indian relations.” By the year 1855, Huntington was listed as the official interpreter of the Indian Office’s Utah Superintendency, a position that paid five dollars per day in gold. 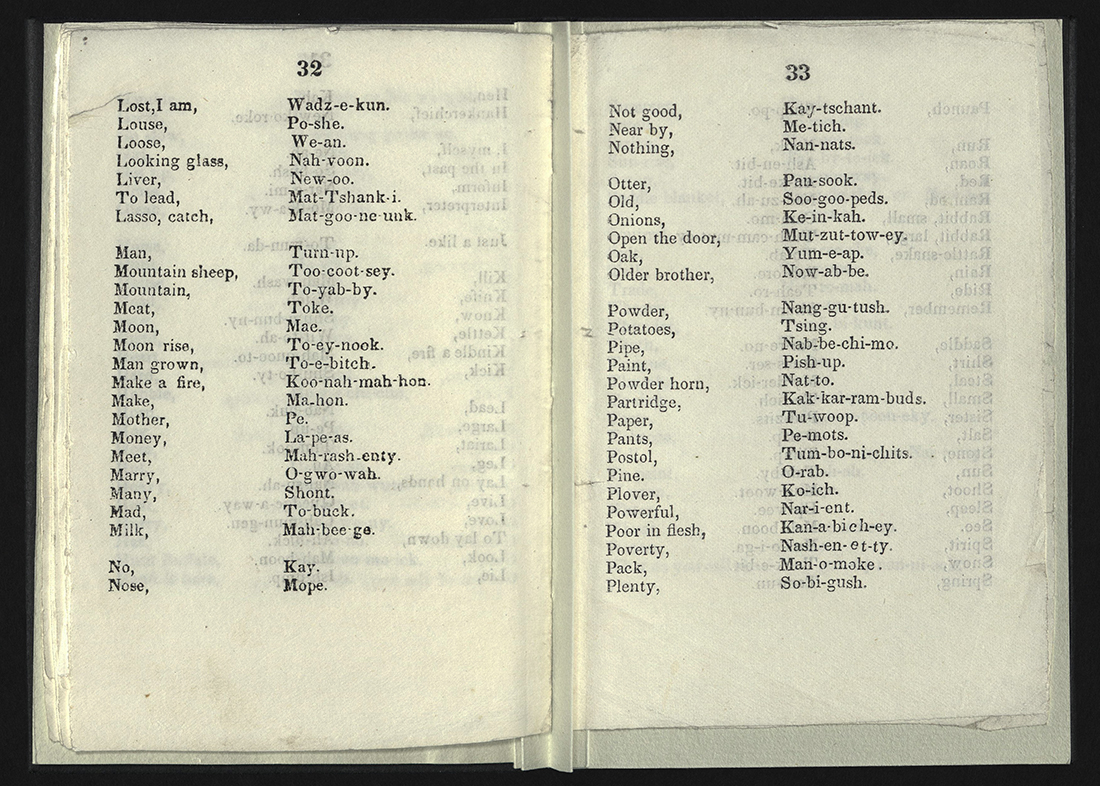 As an interpreter, Huntington was closely associated with teaching the gospel to many Native Americans. He kept a journal of his activities but also recorded details of the conflicts surrounding the Utah War of 1857-1858. Huntington’s journal is considered to be one of the most remarkable documents in the archives of the LDS church, providing the only account of what was said in the meeting between Brigham Young and the Native American leaders of southern Utah on September 1, 1857 — a critical moment which is said to have influenced or provoked the Mountain Meadows Massacre. 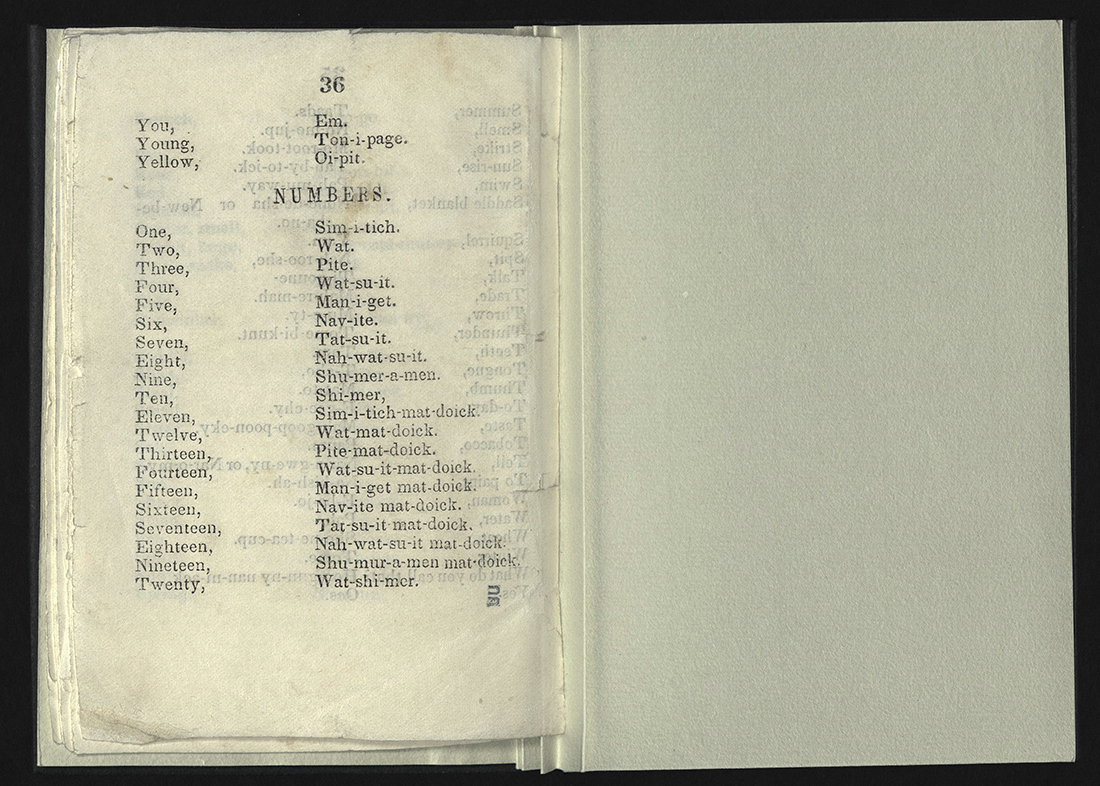 Huntington’s dictionary, titled A Few words in the Utah and Sho-sho-ne dialects: alphabetically arranged, includes translations from English to Ute (Utah) and Shoshone. The small pamphlet is a second edition, revised and enlarged, and published in 1854 by Willard Richards (1804-1854). Richards was an early leader in the LDS church. In addition to serving as Second Counselor to Brigham Young in the First Presidency, Richards was also involved in establishing the Deseret News, serving as its first Editor-in-Chief.