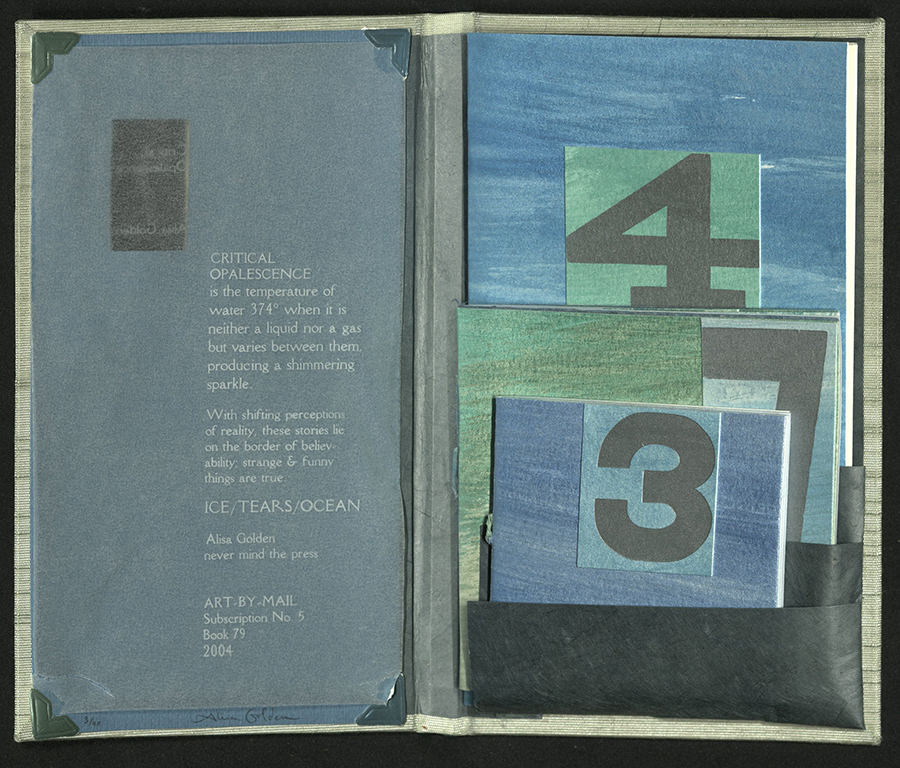 Critical Opalescence is a 2004 Artists’ book by Alisa Golden. The “Art By Mail” subscription book consists of three, letter-pressed pamphlets themed around an unstable form of water — the phenomenon from which the book is named after. The pamphlets are labeled 3, 7, and 4. 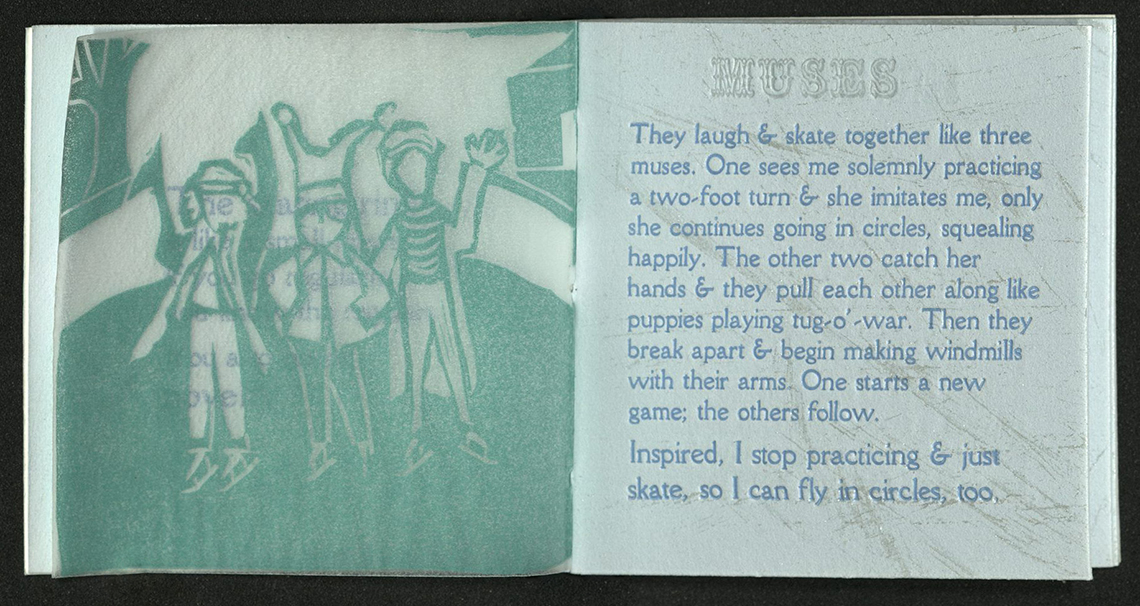 Critical opalescence occurs above 374 degrees and 220 atmospheres of pressure. At that point, water shimmers and takes on a blue, turbulent sheen. In this state it is neither liquid nor gas, but somehow both. The line between air and water disappears. 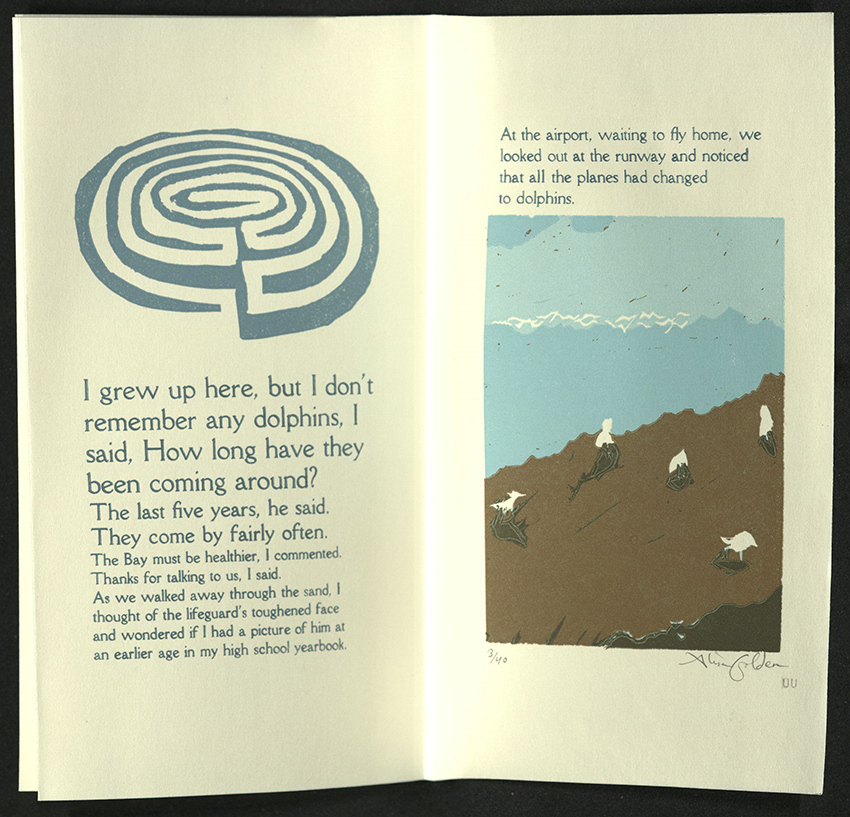 In Critical Opalescence Alisa J. Golden reflects on three forms of water: ice, the ocean, and tears, blurring the line between fiction and non-fiction. For Golden, “With shifting perceptions of reality, these stories lie on the border of believability; strange & funny things are true.” The three pamphlets follow a narrator watching a child at the beach, skating around a community ice rink, and working through a terrible loss. 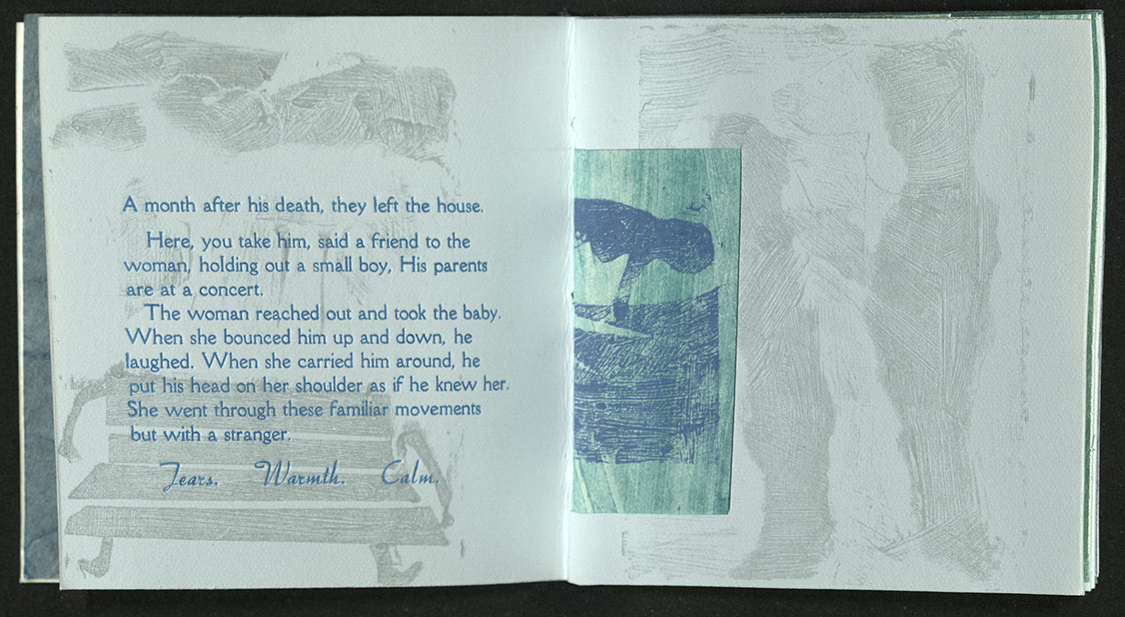 Critical Opalescence was  hand set and letterpress printed in an edition of 40 copies, with mixed-up media. To view and listen to more of Alisa Golden’s work, visit the Never Mind YouTube Page.