13 Apr Book of the Week — Double Axe and Other Poems 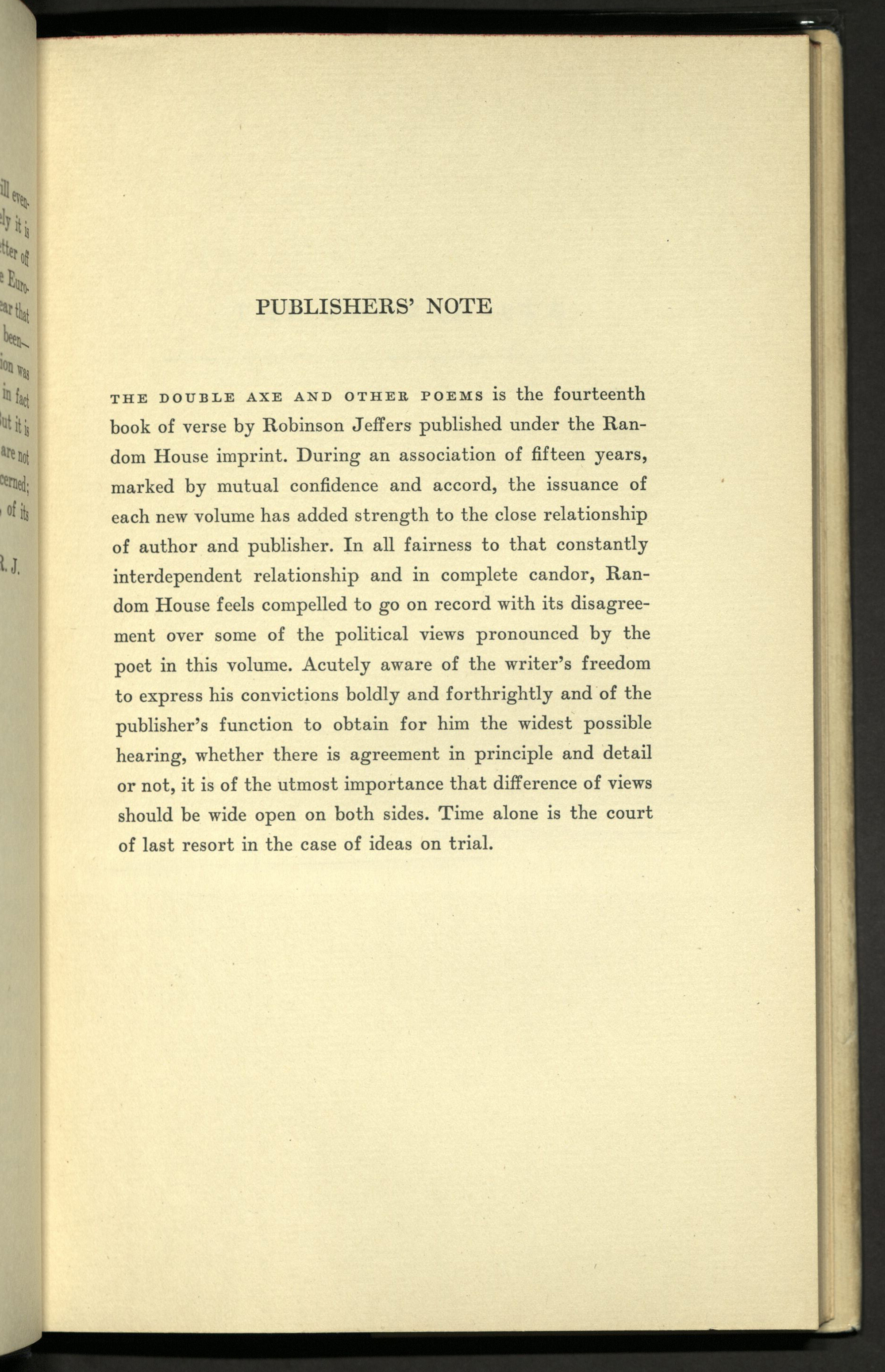 from “The Love and the Hate,” Double Axe, Robinson Jeffers

Many of Robinson Jeffers’ references to current events, like the Japanese bombing Pearl Harbor, and figures like Hitler, Stalin, and Roosevelt raised questions about his patriotism. This first edition of The Double Axe, in its original dust wrapper, carries the publisher’s disclaimer of their poet’s philosophy: “Jeffers sees a world bent on self-destruction and takes a stand for complete political isolationism. His publishers cannot subscribe to such a credo. Random House feels compelled to go on record with its disagreement…Acutely aware of the writer’s freedom to express his convictions boldly and forthrightly and of the publisher’s function to obtain for him the widest possible audience whether there is agreement in principle or not…time alone is the court of last resort in the case of ideas on trial…”

The concern here was for  Jeffers anti-war stance. For it, he was accused of near-fascist sympathies. Random House’s concern did not fall on deaf ears. Critics decried the poetry. “His violent, hateful book is a gospel of isolationism carried beyond geography, faith or hope,” jeered a review in the Library Journal.