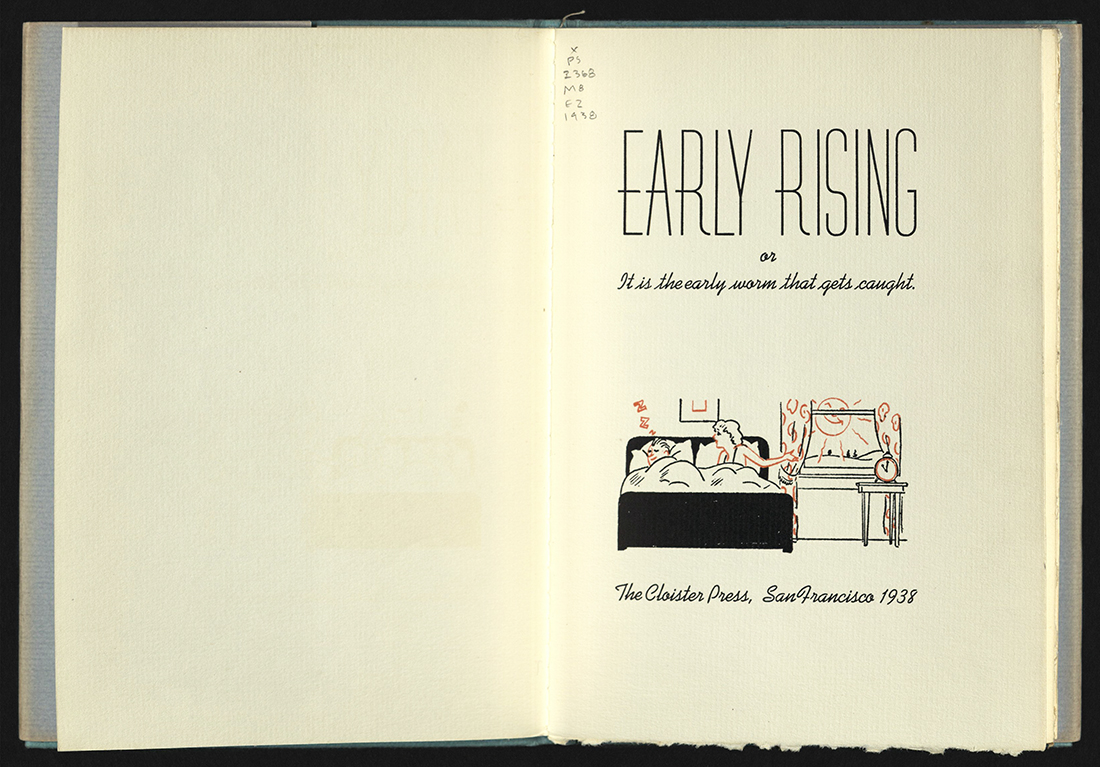 No doubt it is “the early bird that catches the worm.” But, as the pillow-loving boy said to his father,
“it is the early worm that gets caught.”

Hit the snooze button and stay in bed a little longer, for January 3 marks the Festival of Sleep Day. After a busy (and stressful) holiday season, use today to catch up on some much needed rest and relaxation. Call into work, cancel those plans, and plump up your best pillow.

Humans evolved as a diurnal species — meaning, they were awake and active during the day and inactive and asleep at night. Modern science concurs that, sun or no sun, our bodies are hard-wired to produce the sleep hormones that help us wake up and settle down. But why do we sleep? The ancient Greeks speculated that the reason for sleep had something to do with the lack of circulation. The body required sleep to rebalance blood flow to the organs, with the heart and the brain being the most important two.

Back in those days, sleep was separated into two parts: a first and second sleep of the day. This routine lasted for centuries but was disrupted by the Industrial Revolution and the invention of artificial light. A longer work day meant less sleep. Since then, our modern world has not been very kind to snoozing and sawing logs. Few people get the recommended seven to nine hours that our ancestors could look forward to every night.

So join us in celebrating the Festival of Sleep Day by getting cozy with a good book. 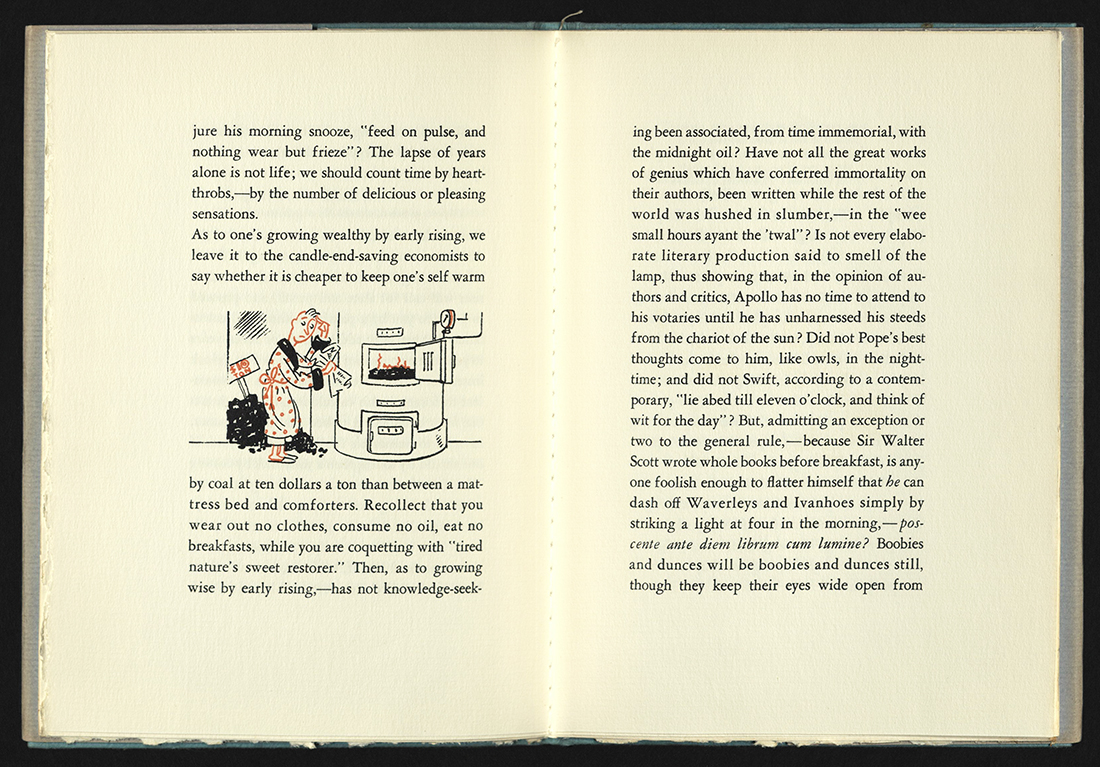 “Early Rising, or it is the early worm that gets caught,” was an essay written by William Mathews and reprinted by The Cloister Press of San Francisco in 1938. The pamphlet — signed by the book’s designer William B. Partmann —  muses on the pros and cons of early rising, as opposed to staying in bed. For the importance of early rising, Mathews claims “the arguments for the practice are the old, hackneyed, stereotyped ones upon which have been rung a thousand times.” It’s true. There are countless aphorisms which favor those who are “early to bed, early to rise.” And then there is the early bird that gets the worm… but, it is the early worm that gets caught.

Mathews concedes that “all great men — especially those who have distinguished themselves in literature, science, and the arts — were early risers.” Among the ancients: Homer, Virgil and Horace; and among modern thinkers: Paley, Priestly, Parkhurst, and Franklin. It has even been said that Sir Walter Scott wrote all his great novels before breakfast, and that John Quincy Adams penned most of his public papers sometime between the hours of five and eight in the morning. On the other hand, Alexander Pope’s best thoughts came to him “like owls” in the night time and, according to a contemporary, Jonathan Swift would “lie abed til eleven o’clock and think of wit for the day.”

Is not every elaborate production said to “smell of the lamp”?

The case can certainly be made toward the benefits of sleeping in. For instance, as Mathews points out, “who can believe that such violent changes from the sleeping to the waking state — from warm to cold — are beneficial to the system?” And if you argue about the amount of time saved by early rising, don’t forget to consider the hours lost by hurrying to bed that much sooner, “as if one should try to lengthen a yard-stick by cutting off a foot from one end and adding it to the other.” As far as the economics of early rising, isn’t it much cheaper to keep oneself warm in bed than to turn up the thermostat? Remember that “you wear out no clothes, consume no oil, eat no breakfasts, while you are coquetting with tired nature’s sweet restorer.” 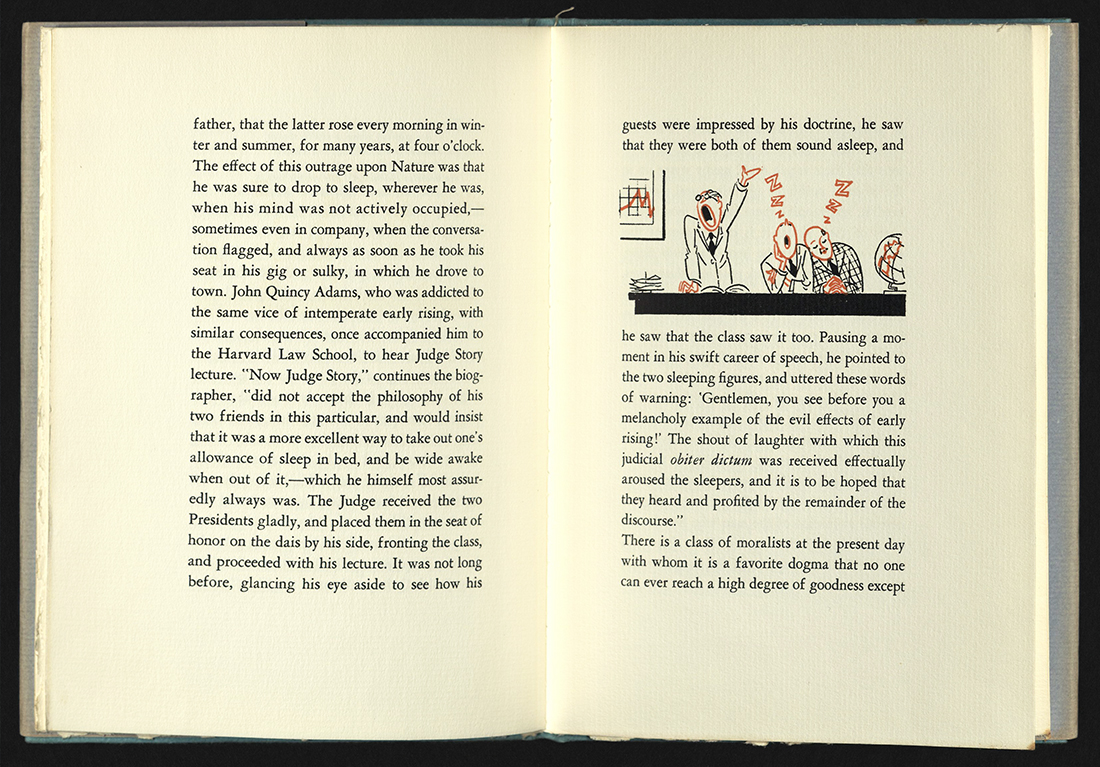 This essay on Early Rising by William Mathews is here reprinted for friends of The Cloister Press. One hundred forty copies were made Christmas 1938. Designed by William B. Partmann.