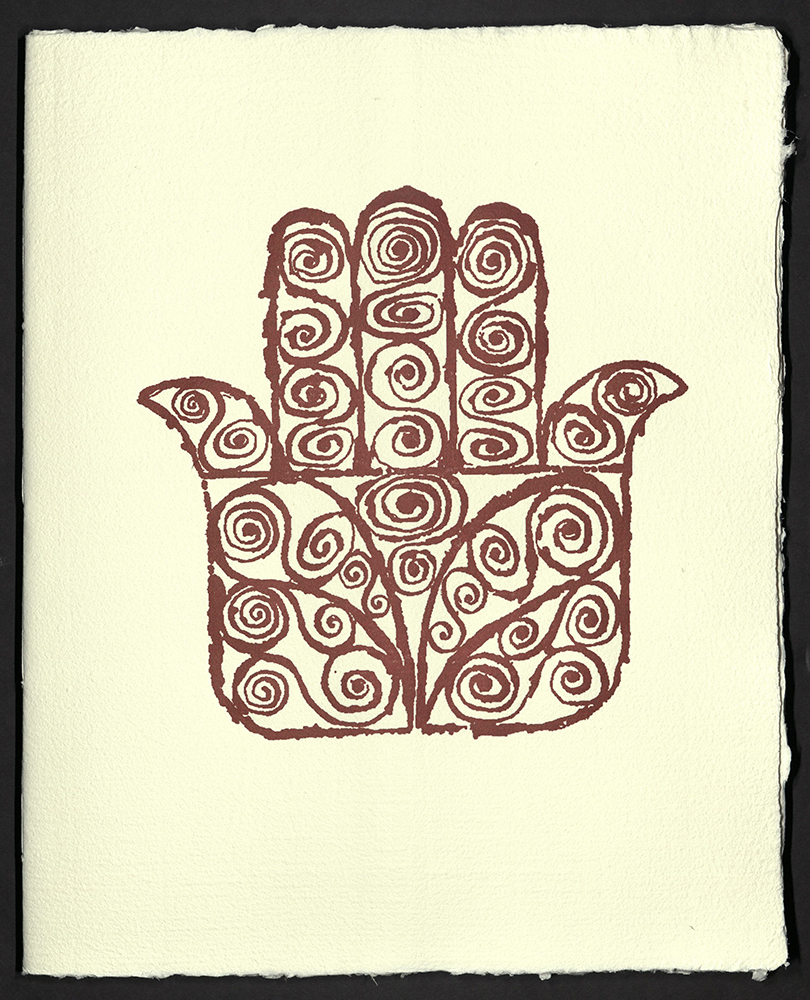 “My hand now raises the glass,
hoping for reasonably happy times,
and toasts to your health and ours,
and signs…” 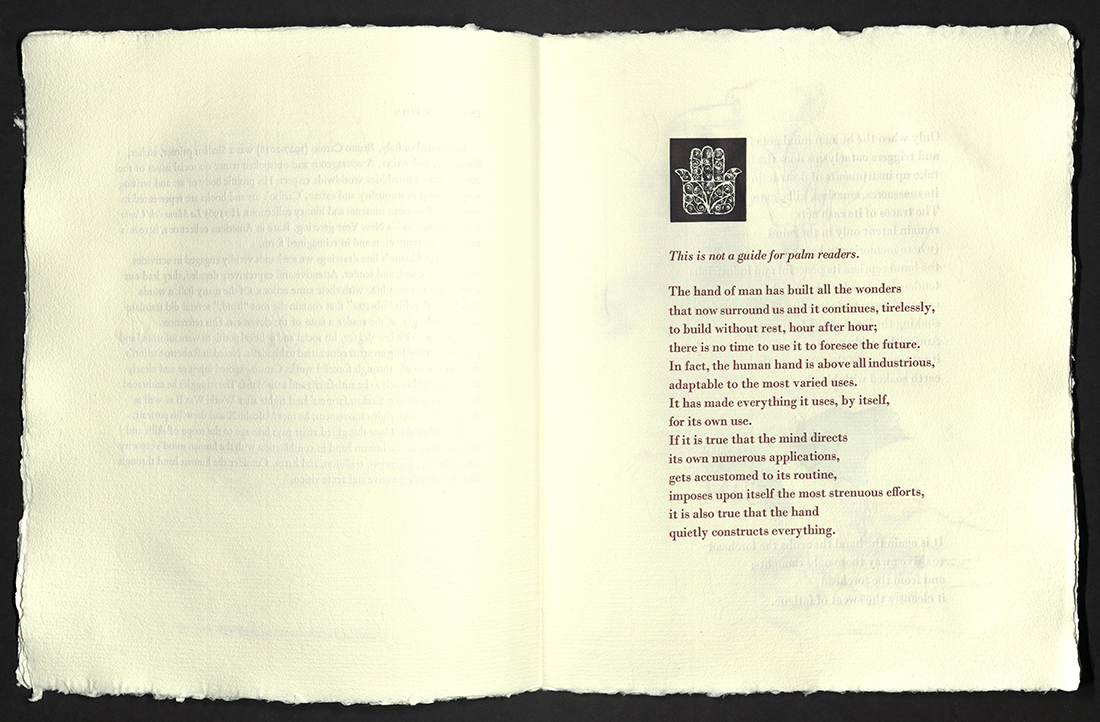 For much of the twentieth century, Bruno Caruso was renowned for his work as a painter, etcher, illustrator, and writer. Working within the genre of Italian neorealism — or, more broadly, social realism — Caruso’s art and writing often focused on the social issues of the twentieth century and drew attention to national conflicts in Italy, such as the corruption of the Sicilian Mafia in politics, and the land rights of Sicilian farmers in the aftermath of World War II. Caruso was just as passionate, however, about global conflicts, and spent his prominent years championing the American Civil Rights Movement and protesting against the Vietnam War. Perhaps his most intimate work was produced while he was working at Palermo’s Psychiatric Hospital. From his experiences there, Caruso produced a series of visual and written studies highlighting the abusive treatment and abject conditions in the wards. His work later contributed to a major overhaul of the psychiatric system in Italy. Equipped with a law degree, Caruso’s social and political positions were informed and passionate, revealing an artist committed to his ideals. 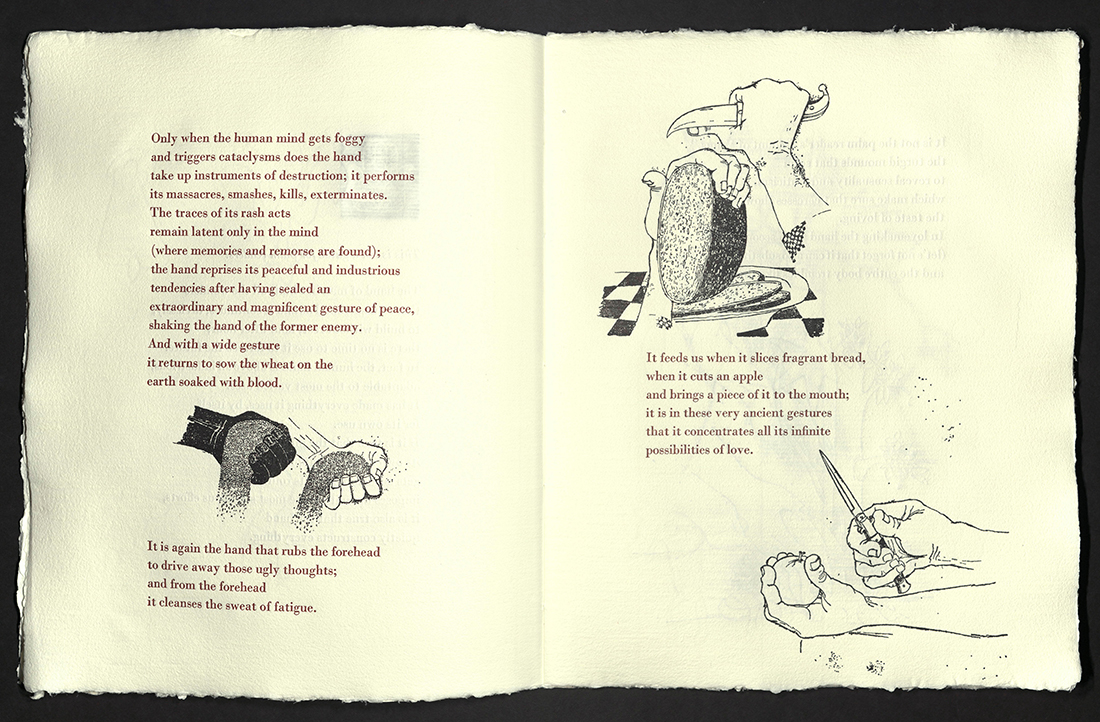 Over the course of his career, Caruso created more than twenty-five collections of drawings, founded two Sicilian cultural magazines, Sicilia and Ciclope, and illustrated works by authors such as Machiavelli, Kafka, Leonardo Sciascia, Giovanni Arpino, and Giuseppe Ungaretti, to name a few. His prolific body of art and writing are now represented among dozens of museums and library collections. One of the rarer items that can be found is La Mano dell’Uomo (The Hand of Man). La Mano dell’Uomo was originally published in 1965 by Edizioni dell’Elefante, one of Italy’s most distinguished presses, in an edition of five hundred copies. This libretto pays homage to the skills and competencies of the human hand in combination with the human mind’s capacity for creativity, invention, tradition, and even harm. 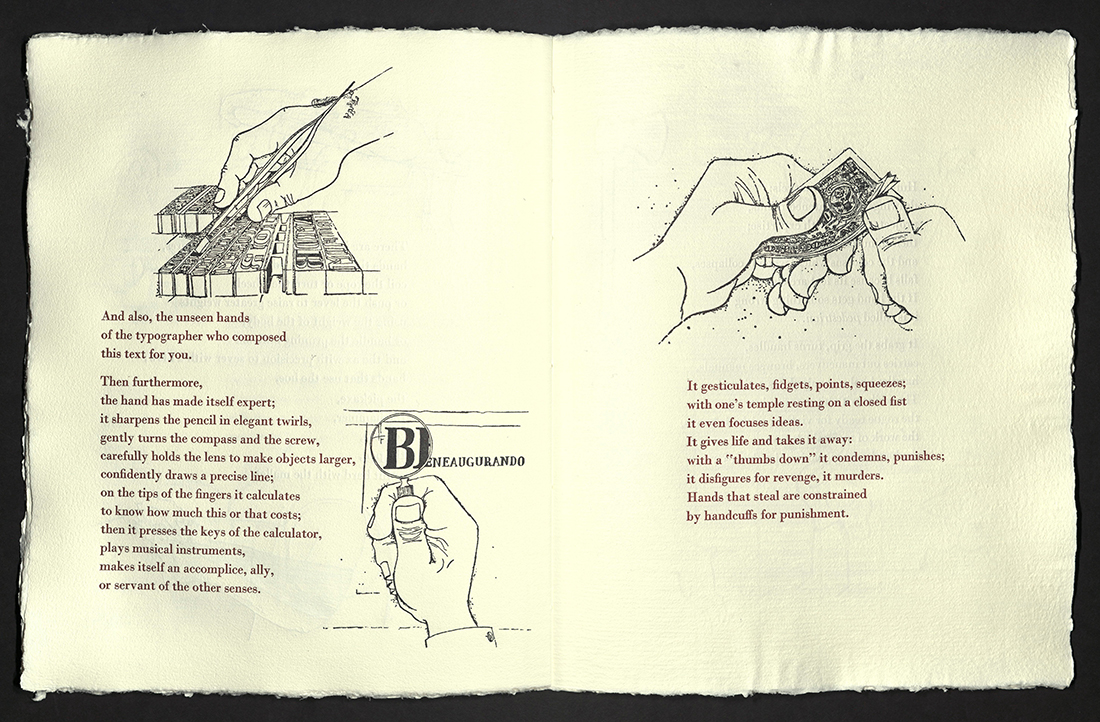 This Italian New Year’s greeting sent more than a half-century ago inspired the fine press book presented here in translated and expanded form. The project first began in 2002 when Palace Press curator Tom Leech and paper artist Lynn Sures were invited to demonstrate at the Smithsonian Folklife Festival. There they met Giorgio Pellegrini, the Director of the Museo della Carta e della Filigrana (Museum of Paper and Watermark) located in Fabriano, Italy — one of the birthplaces of European papermaking. From their meeting, the three established a partnership which brought students to Italy for an annual Fabriano “Paper, Print, Book” event. At some point, Caruso’s book, La Mano dell’Uomo, was encountered by chance while Leech was going through an online image search for “hands.” 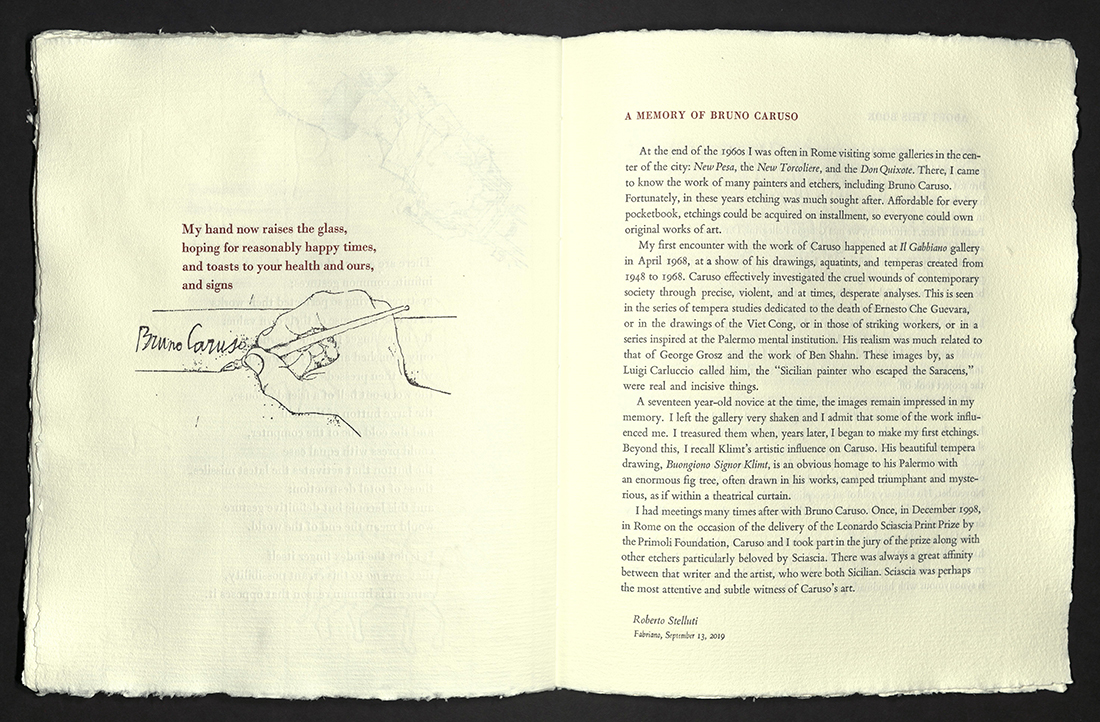 In La Mano dell’Uomo, Caruso’s line drawings show hands engaged in activities humble, practical, and tender. The book inspired Tom Leech and Lynn Sures to create a translated, fine press edition. In keeping with Caruso’s vision, it was important for the pair that the book be as “handmade” as possible — the type would be set by hand and the paper would be handmade. Leech and Sures returned once more to Fabriano for an artists’ residency at the Museo della Carte e della Filigrana. There, they made nine hundred sheets of paper bearing the historic watermarks from Fabriano, where paper has been made for almost eight hundred years. The project later continued back in the United States but was delayed for more than a year by the ongoing pandemic. The final “hands-on” sessions took place in Santa Fe at the Palace Press in the summer of 2021.

This fine press edition of La Mano dell’Uomo was letterpress printed on twenty-four pages, soft-bound and enclosed in a clamshell box made by Rosalia Galassi. The typefaces are handset in Bembo and Monotype Bodoni, cast by Ed Rayher at Swamp Press. Caruso’s illustrations were printed from polymer plates made by James Bourland. Printed in an edition of one hundred copies, with University of Utah’s rare book copy numbered 25. To learn more about the collaboration between Tom Leech and Lynn Sures view their conversation on the New Mexico History Museum’s YouTube page.