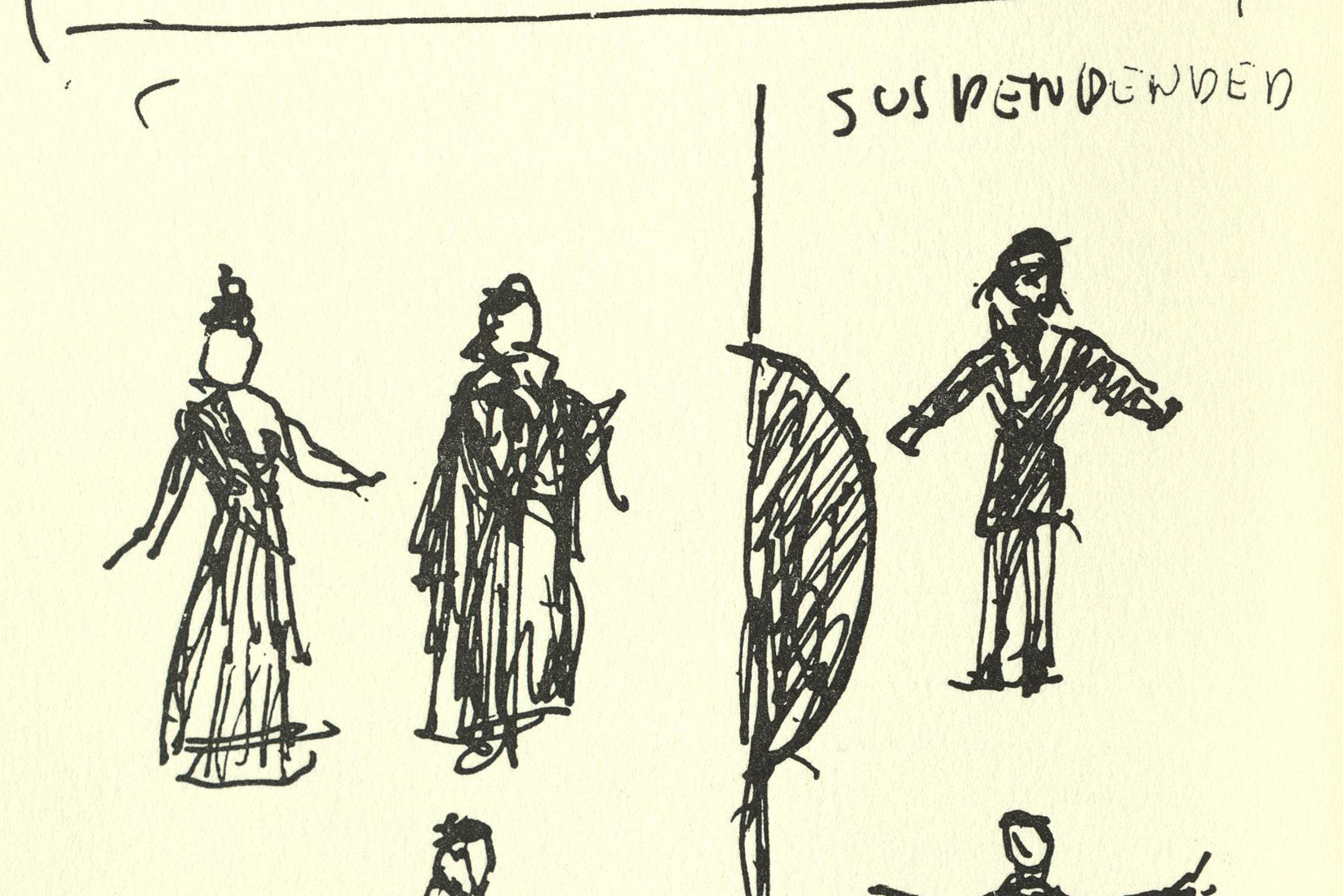 15 Oct Book of the Week — Ligeia: A Libretto Long years have passed,
my memory is feeble
through much suffering…
I cannot now bring
the details to mind… Illustrations by Alex Katz. Designed and printed letterpress by Philip Gallo at The Hermetic Press. Paper is Somerset Wove. Typefaces are Trump Mediaeval Roman, Italic and Semi Bold, with Felix Titling, Delphin I and II, and Serpentine Oblique for display. Worm and mirror-image created using Freehand, Illustrator, and Photoshop. Bound by Jill Jevne.

Edition of one hundred and thirty-five copies, the first thirty-five of which are press numbered and hors commerce. Rare Books copy is no.l 43, signed by the author and illustrator. Out — out are the lights — out all!
And over each quivering form,
The curtain, a funeral pall,
Comes down with the rush of a storm,
And the angels, all pallid and wan,
Uprising, unveiling, affirm
That the play is the tragedy, “Man,”
and its hero the Conqueror Worm.