20 Apr Book of the Week — Nemesis of Faith 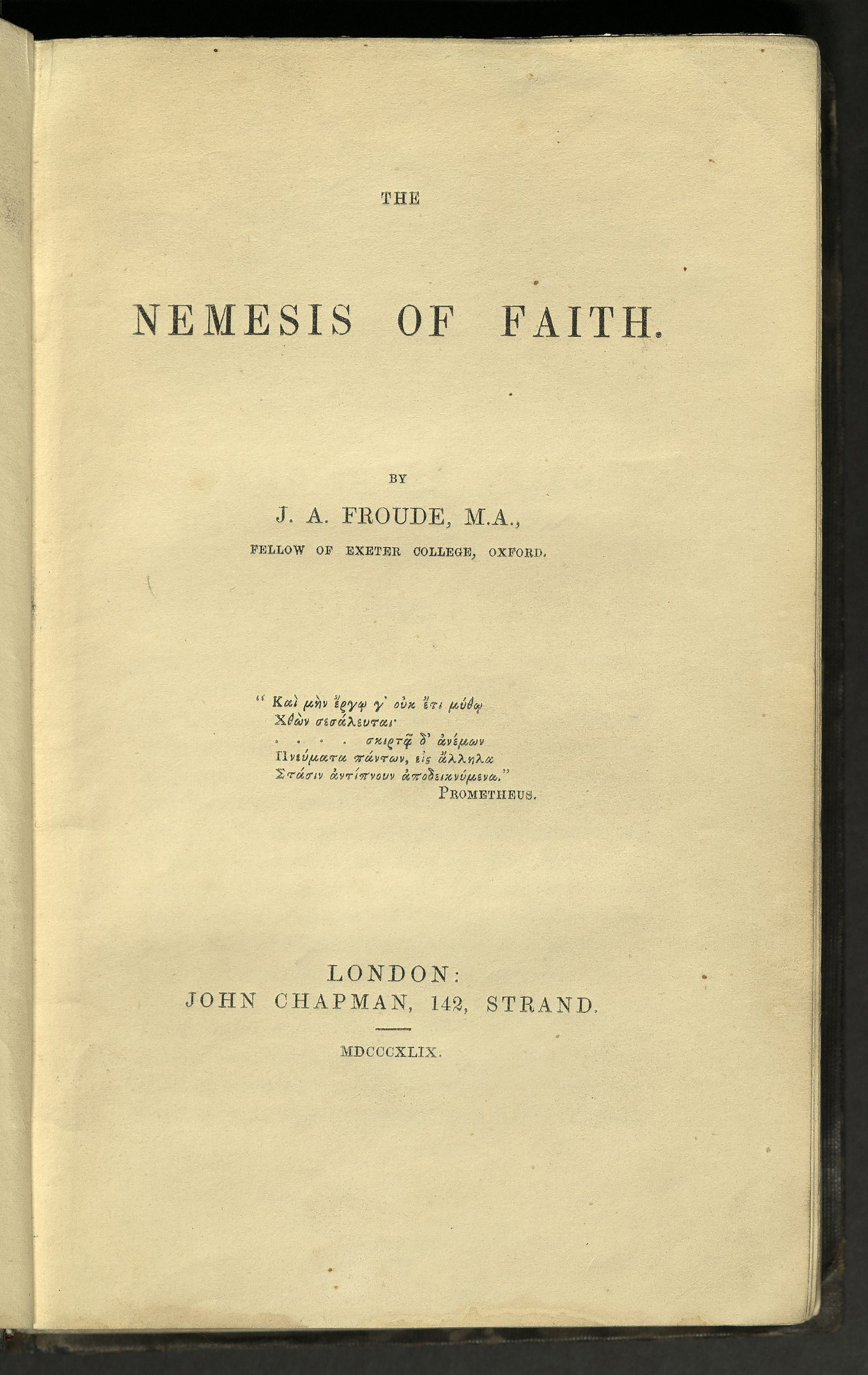 “I will not, I must not believe that the all-just, all-merciful, all-good God can be such a Being as I find him there described. He! He! to have created mankind liable to fall – to have laid them in the way of temptation under which He knew they would fall, and then curse them and all who were to come of them, and all the world, for their sakes; jealous, passionate, capricious, revengeful, punishing children for their father’s sins, tempting men, or at least permitting them to be tempted into blindness and folly, and then destroying them. O, Arthur! Arthur! this is not a Being to whom I could teach poor man to look up to out of his suffering in love and hope.”

This epistolary novel of tortured self-examination and religious doubt was suppressed in its own time. In one instance it was burned in public by the authorities of Exeter College, Oxford, of which Mr. Froude was a Fellow, as a protest against the offensive ideas in the book. This particular copy somehow escaped confiscation and, obviously, conflagration.