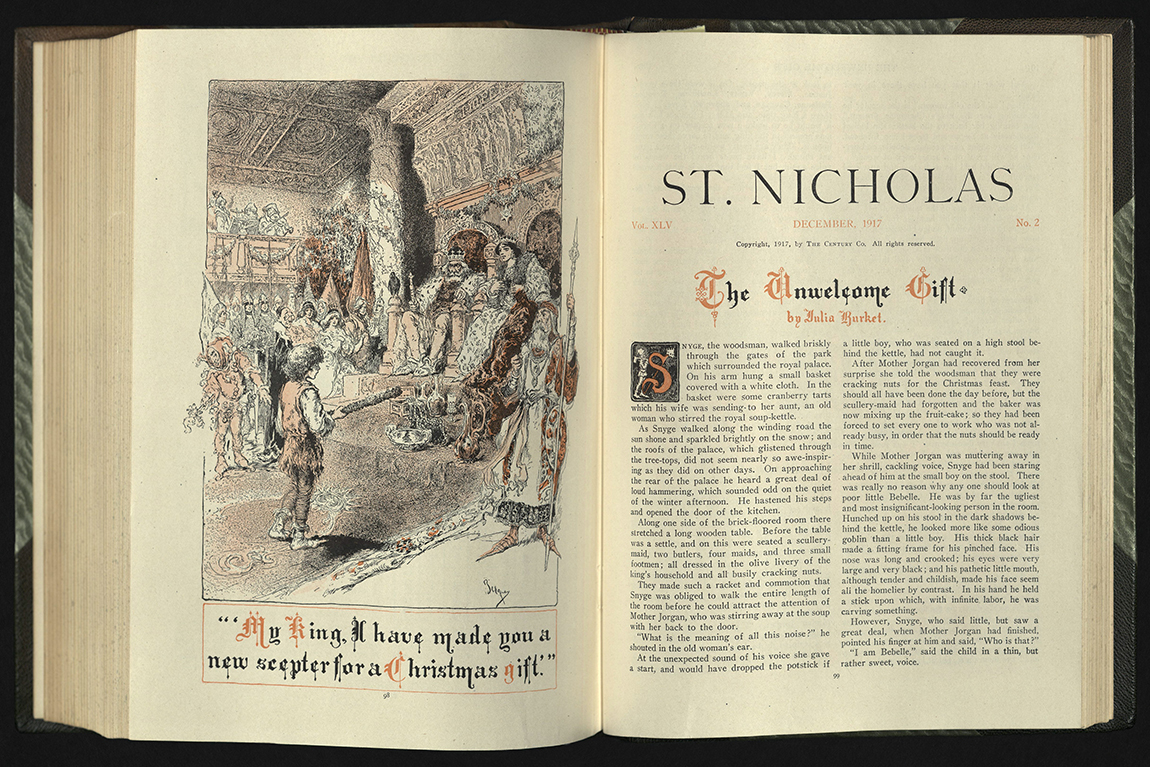 For many European countries, December 6 marks the feast day of St. Nicholas — the fourth century bishop of Myra, and the patron saint of Russia and Greece, as well as numerous cities, sailors and children. St. Nicholas was noted for his generosity, selling his own items, giving money to the poor, and commonly leaving coins in people’s shoes. Today, many countries celebrate St. Nicholas Day by sharing candies, small gifts, and letters. It was the Dutch pronunciation of St. Nicholas, Sinterklass, as well as their celebrations, which made their way to America and gave rise to the name Santa Claus and the tradition of gift giving. 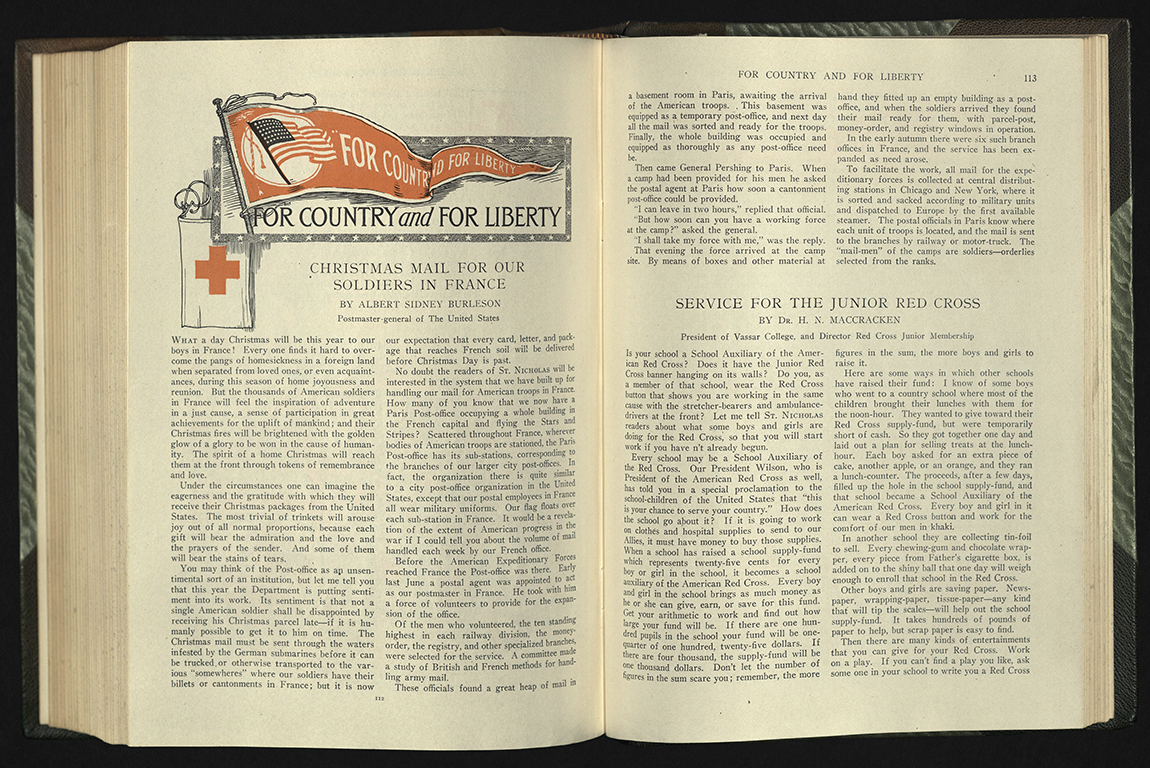 Founded in 1873, an American children’s magazine took the name St. Nicholas as its masthead. At its helm, was Mary Mapes Dodge — a recognized author of juvenile literature, best known for her 1865 novel, Hans Brinker. In the very first issue of the magazine, Dodge explained to her new readers exactly why she chose the name:

“Is he not the boys’ and girls’ own Saint, the special friend of young Americans? … And, what is more, isn’t he the kindest, best, and jolliest old dear that ever was known? … He has attended so many heart- warmings in his long, long day that he glows without knowing it, and, coming as he does, at a holy time, casts a light upon the children’s faces that lasts from year to year. Never to dim this light, young friends, by word or token, to make it even brighter, when we can, in good, pleasant, helpful ways, and to clear away clouds that sometimes shut it out, is our aim and prayer.” 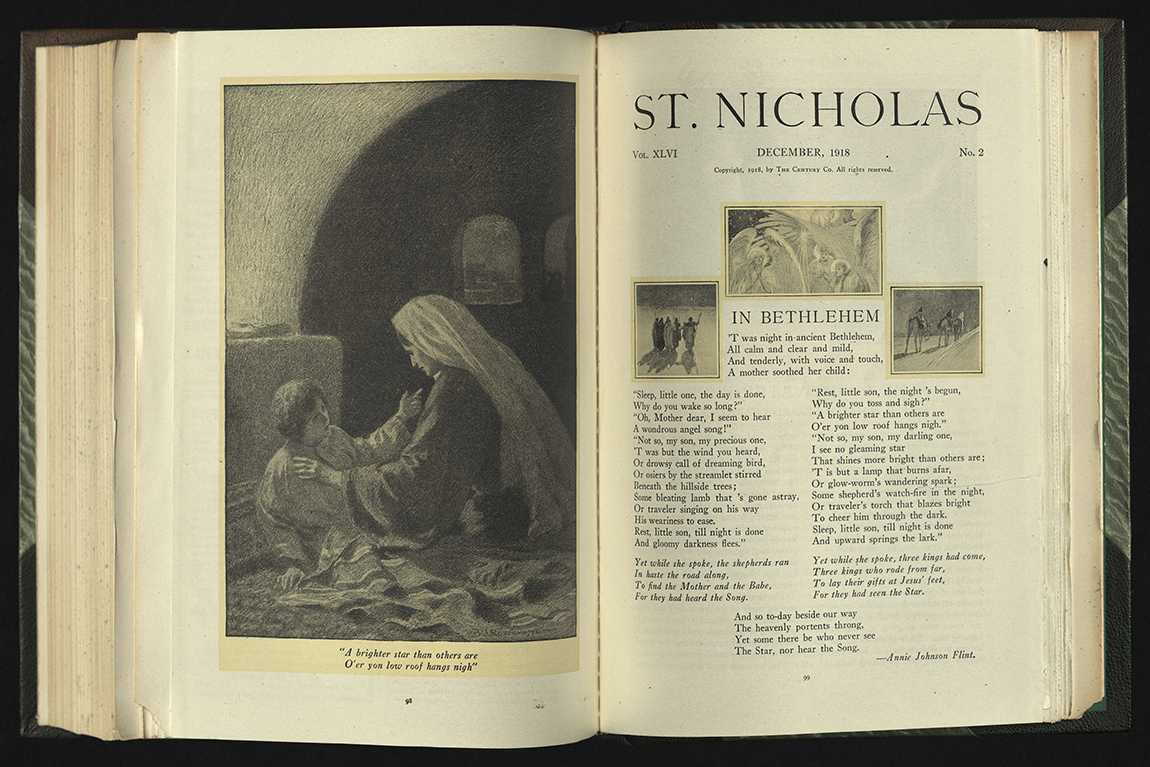 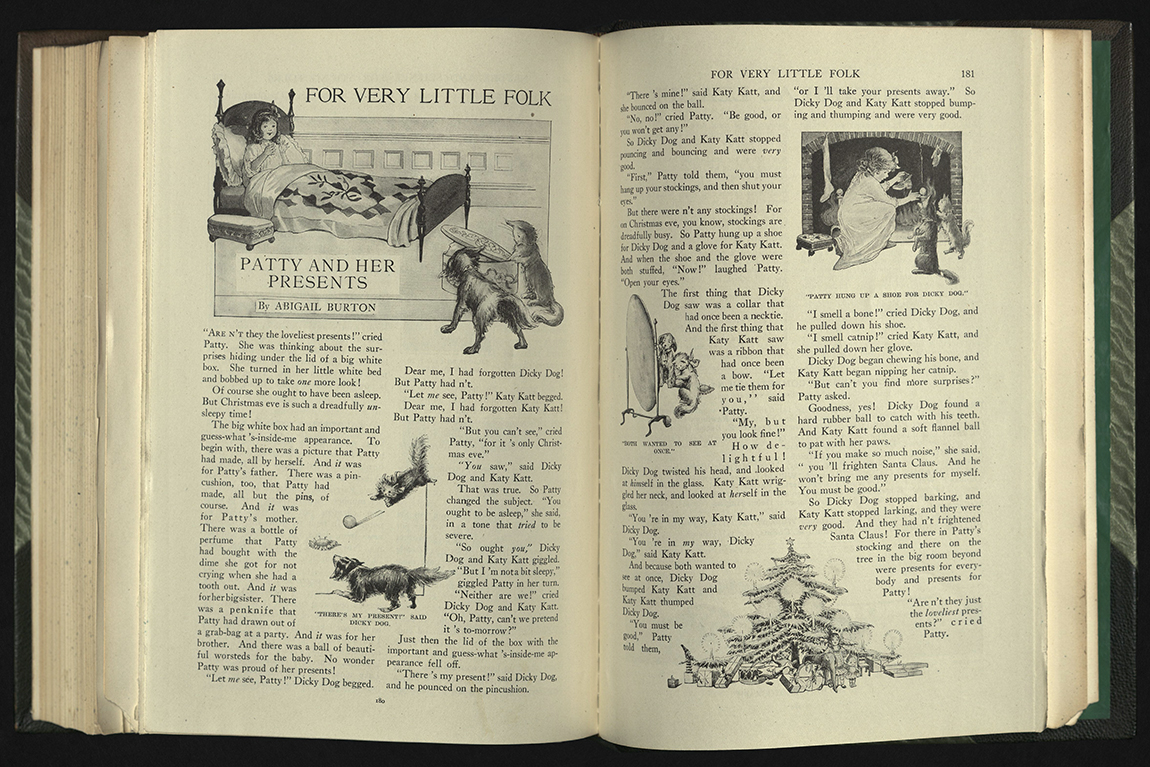 After the death of her husband in 1858, Dodge turned to literature and writing as a means to earn money to educate her sons. Within a year, she began work with her father to publish two magazines. By 1870, she had accepted the position of associate editor of Hearth and Home, sharing responsibilities with the likes of Harriet Beecher Stowe and Donald Grant Mitchell. Her reputation attracted the attention of Roswell Smith, cofounder of the magazine publishing firm Scribner & Company. Smith invited Dodge to be the editor of a new children’s magazine. She accepted the offer and, from the beginning, everything was left entirely in her hands. Dodge had specific ideas of what the magazine should and shouldn’t be. Rather than a “milk-and-water variety of the periodicals for adults,” Dodge believed that a true children’s magazine needed to be “stronger, truer, bolder, more uncompromising than the other.” She understood that the children of the nineteenth century did not want to be “bothered nor amused nor petted. They want to have their own way over their own magazine.” 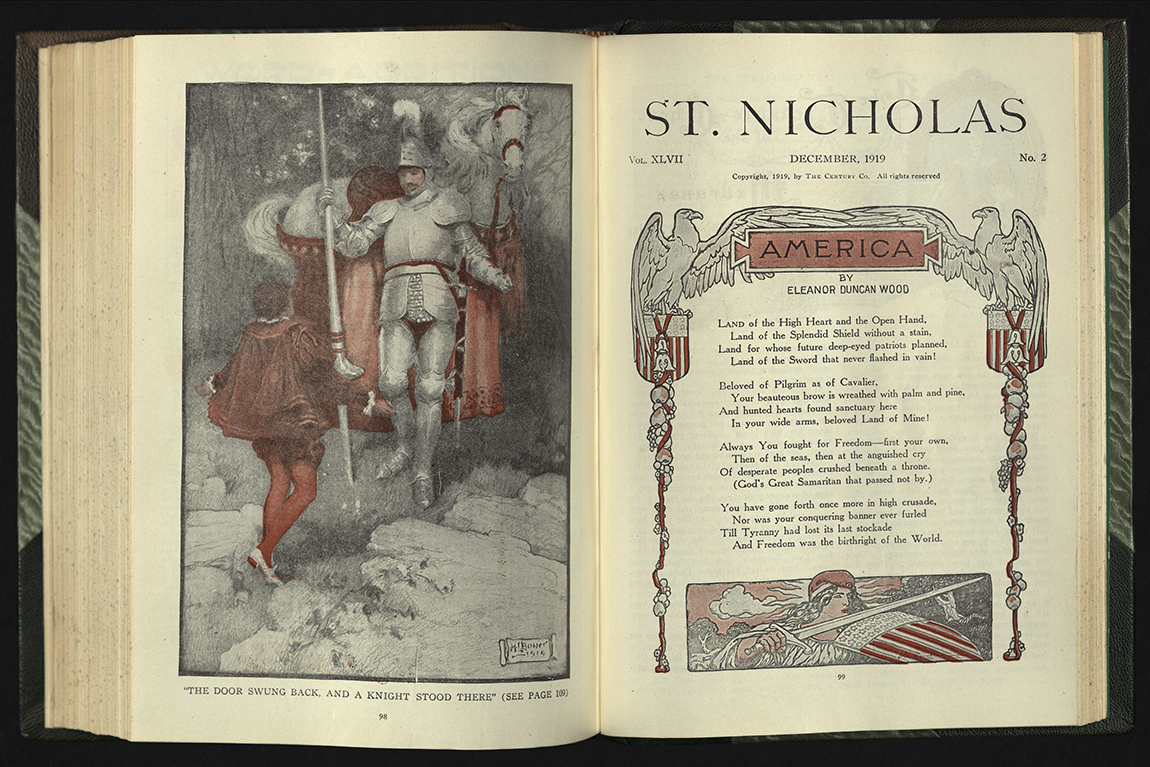 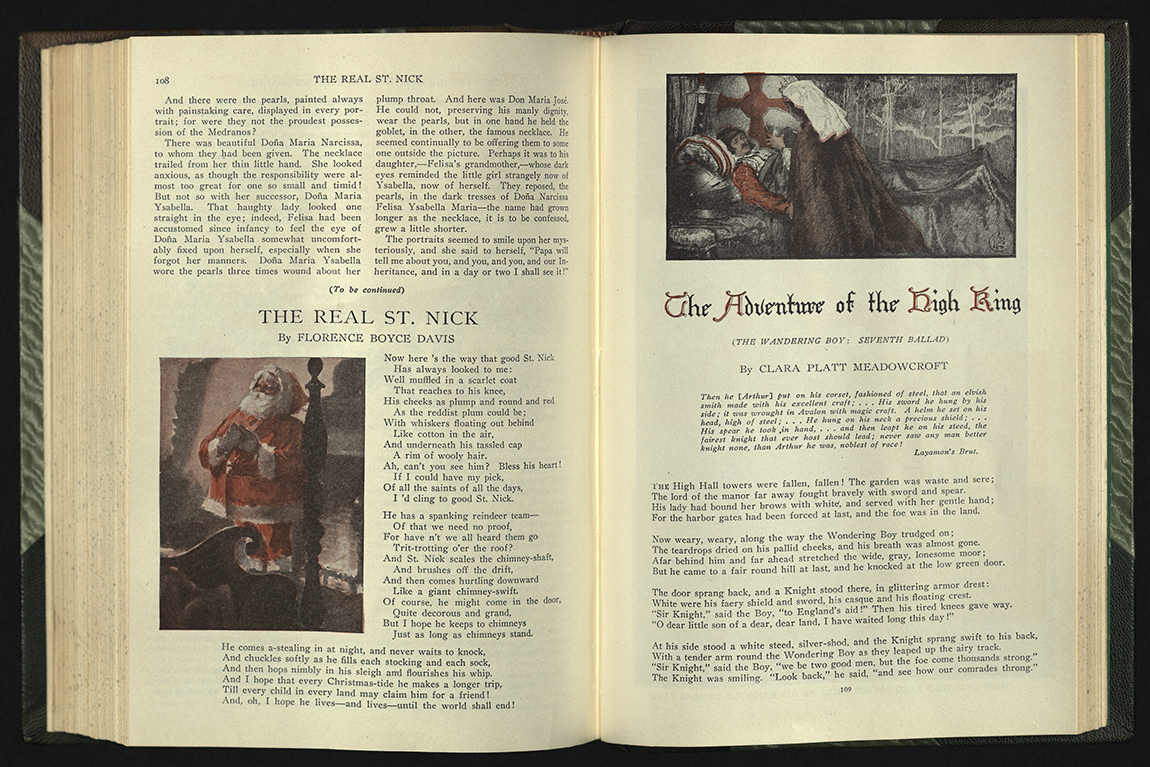 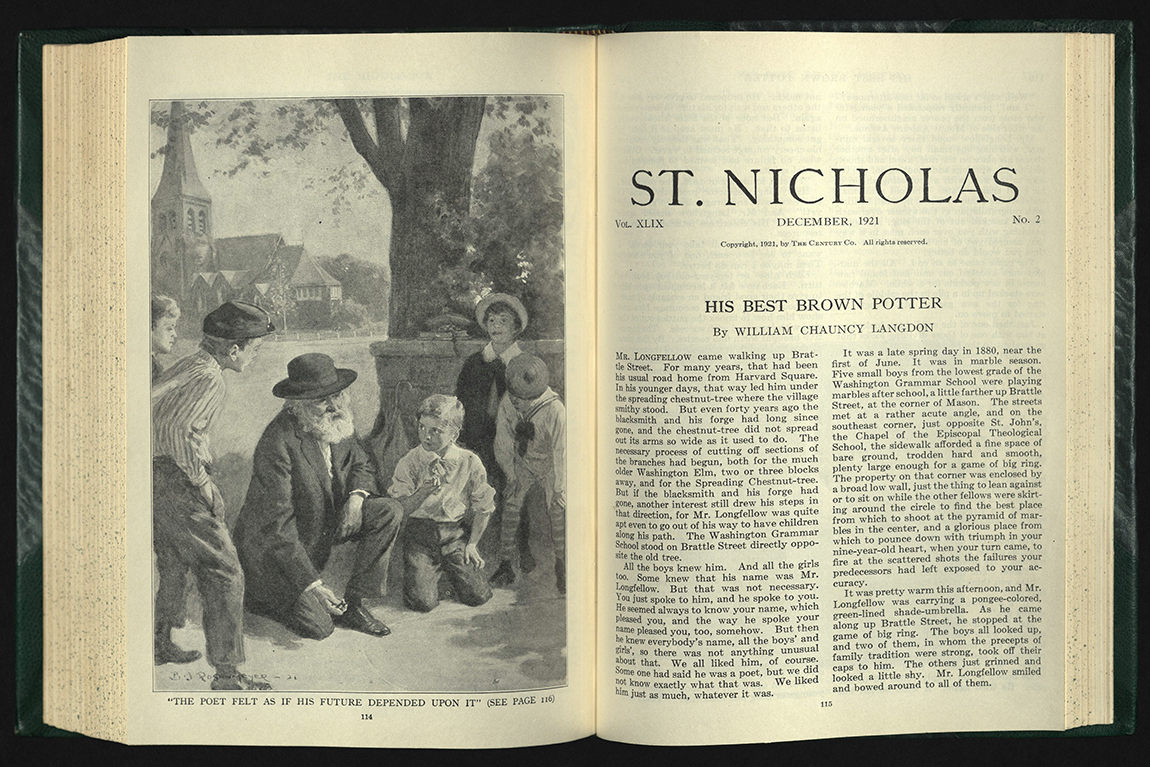 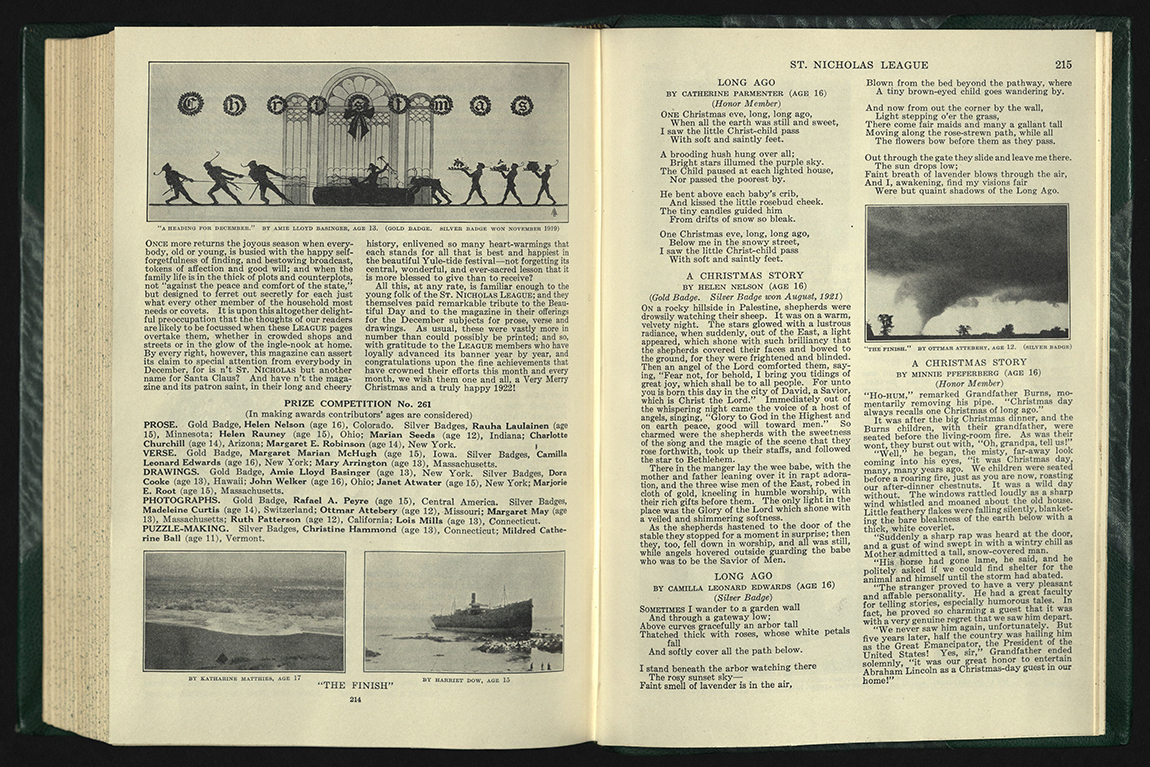 Since her young subscribers varied in age, Dodge was thoughtful to create different departments for different age groups. “For Very Little Folks” focused on simple stories printed in large type; the “Puzzle Box” contained riddles, math problems, and word games; while the Agassiz Association helped young readers develop awareness for nature and science and learn about the importance of conservation. Perhaps the most impactful department Dodge created was the St. Nicholas League, established in 1899.

With the motto, “live to learn and learn to live,” the St. Nicholas League was focused on publishing the work of the children themselves. When the League was first announced, St. Nicholas declared that its purpose was to stand “for intellectual advancement and for higher ideals of life. To learn more and more of the best that has been thought and done in the world — to get closer to the heart of nature and acquire a deeper sympathy with her various forms — these are its chief aims, and the League is in favor of any worthy pursuit or pastime that means to this end.”

Each month, the League held themed contests for the best poems, stories, essays, drawings, photographs, and puzzles. Gold badges were awarded to the winners, silver badges to the runners-up, and cash prizes for those who became “honor members” — children who had won both gold and silver. Anyone under the age of eighteen could enter the contest, as long as they had an endorsement from a parent certifying it was the child’s original work. While St. Nicholas had many well-known contributors, many of League winners went on to achieve literary prominence all their own. E.B. White had won an essay contest; William Faulkner made the honor roll for his drawings; F. Scott Fitzgerald was honored for a photograph; and Edna St. Vincent Millay had seven poems published and appeared on the honor roll about a dozen times. Other famous League winners included E.E. Cummings and Rachel Carson. 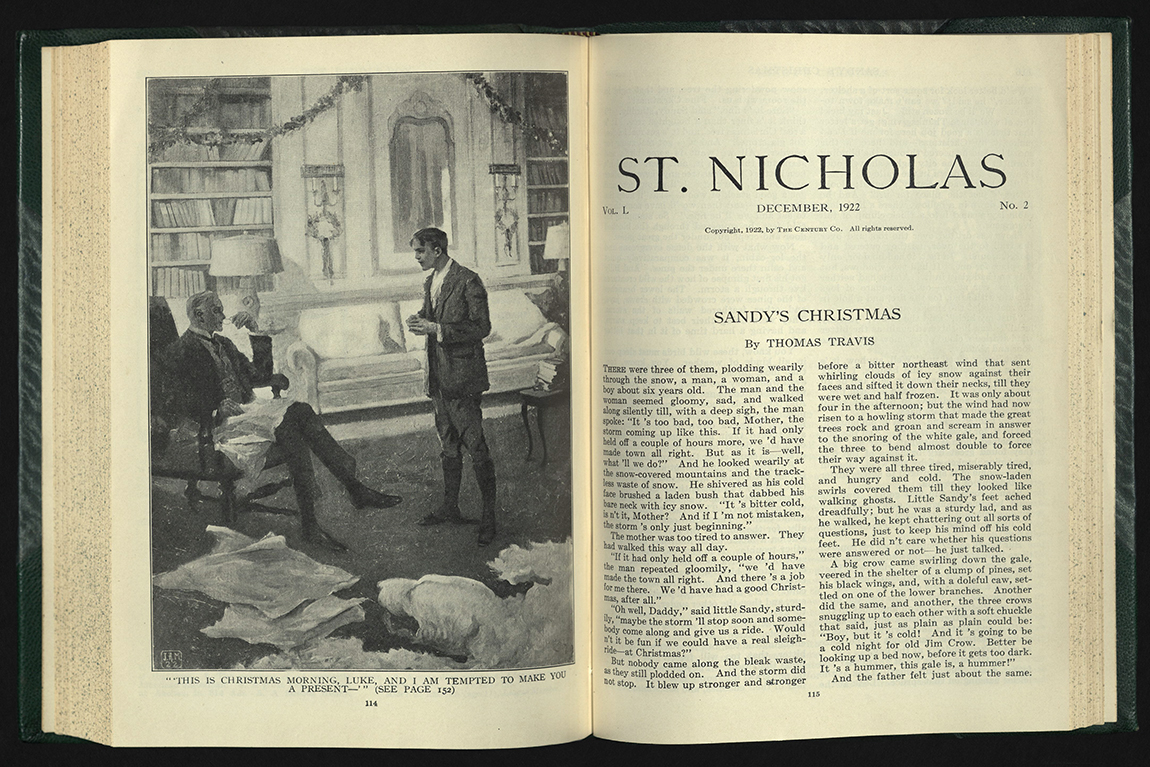 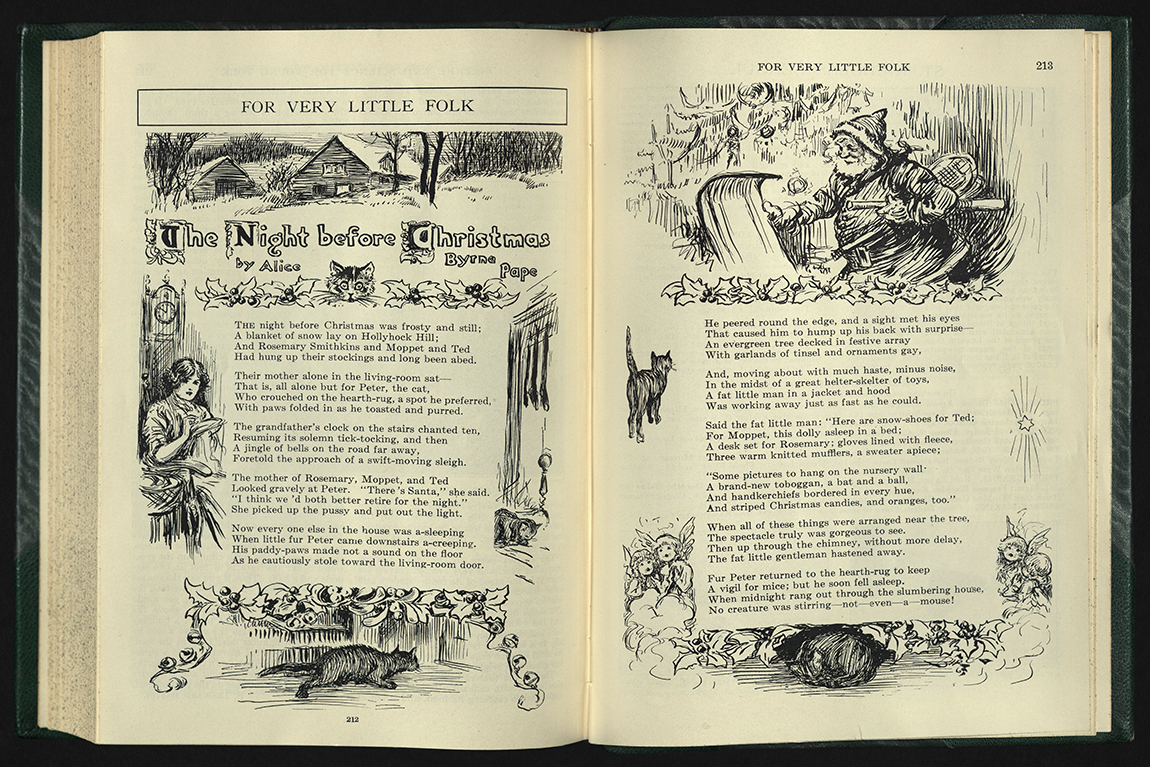 From 1873 until 1881, Mary Mapes Dodge oversaw all aspects of St. Nicholas, in addition to contributing many of her own stories and poems under the initials, M.M.D. With the death of her son in 1881, Dodge stepped away from her responsibilities, but continued her association with the magazine until her death in 1905. St. Nicholas remained a children’s favorite well into the twentieth century, published monthly until its final issue in 1943.