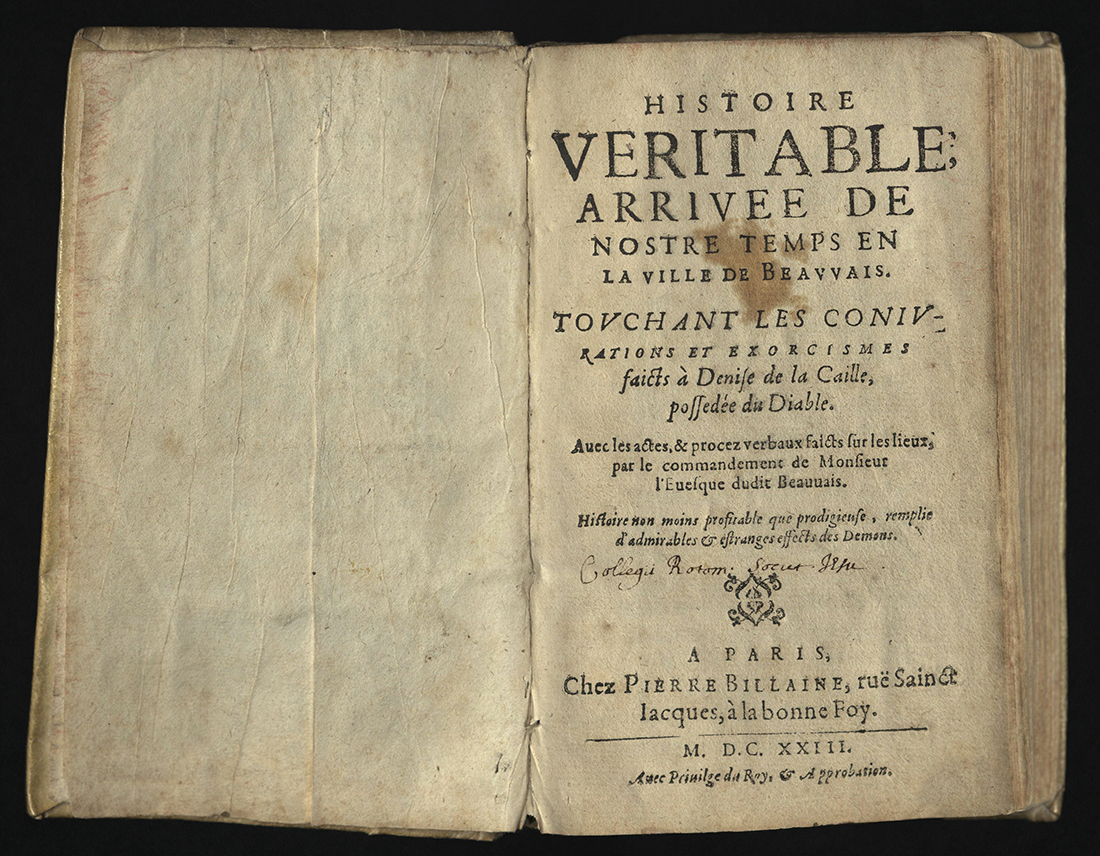 “No man can concentrate his attention upon evil, or even upon the idea of evil, and remain unaffected. To be more against the devil than for God is exceedingly dangerous. Every crusader is apt to go mad. He is haunted by the wickedness which he attributes to his enemies; it becomes, in some sort, a part of him.”

— Aldous Huxley, The Devils of Loudun 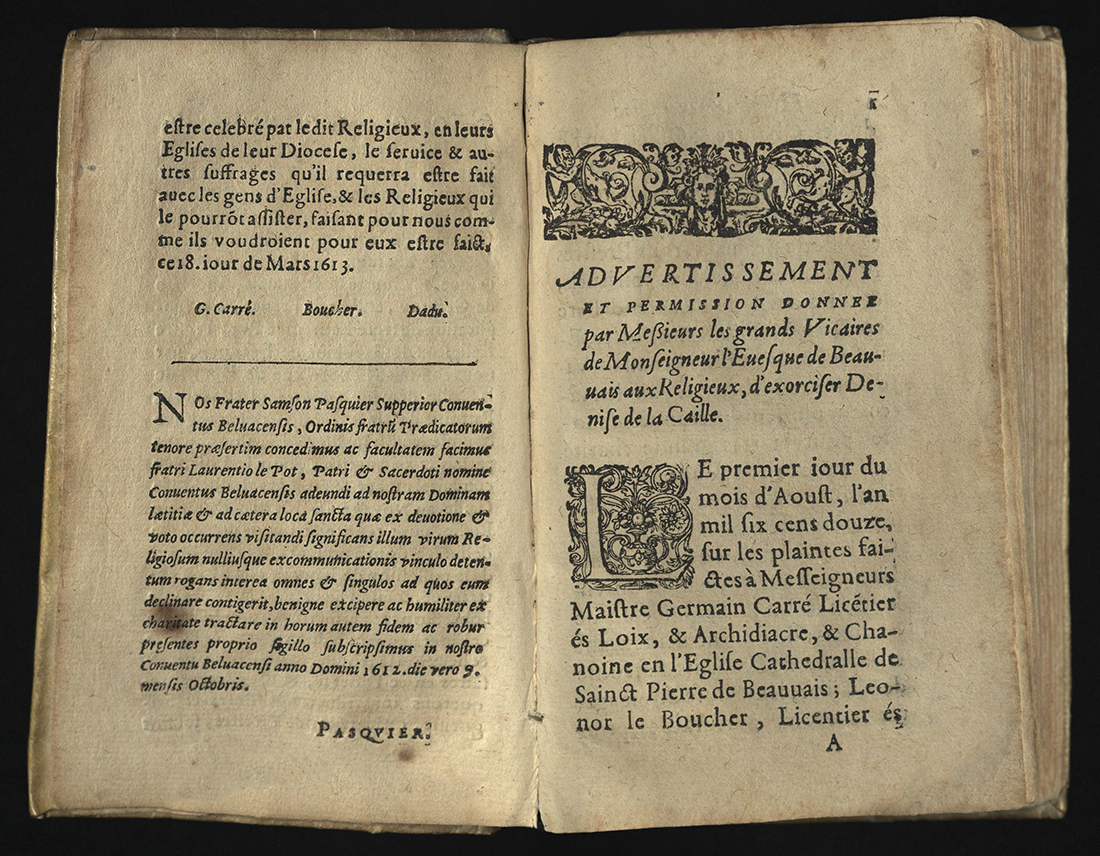 During the sixteenth and seventeenth centuries, a new genre of literature was steadily rising in popularity throughout Europe. Possession narratives, as they were called, described the horrific and extraordinary experiences of people possessed by demons, and in great detail. Appearing in the form of books, pamphlets, and broadsides, these stories told of the marvelous, the frightening, and the supernatural. Though possession narratives may have been entertaining to some, they also served as a warning, leaving many to wonder whether their own families might fall victim to demonic fury.

It is impossible to determine how many people in Europe were reputedly possessed by demons during the early modern period, but a good estimate would put the number into the thousands. In addition to published narratives, references to possessions can be found in the records of witchcraft prosecutions, exorcisms performed at shrines, and demonological treatises written by theologians. Of these cases, it is also impossible to determine whether the possession narratives were misrepresented, exaggerated, or even invented in order to boost sales. What is certain, the number of possessions at this time was exceptionally large and likely greater than anytime before or since. 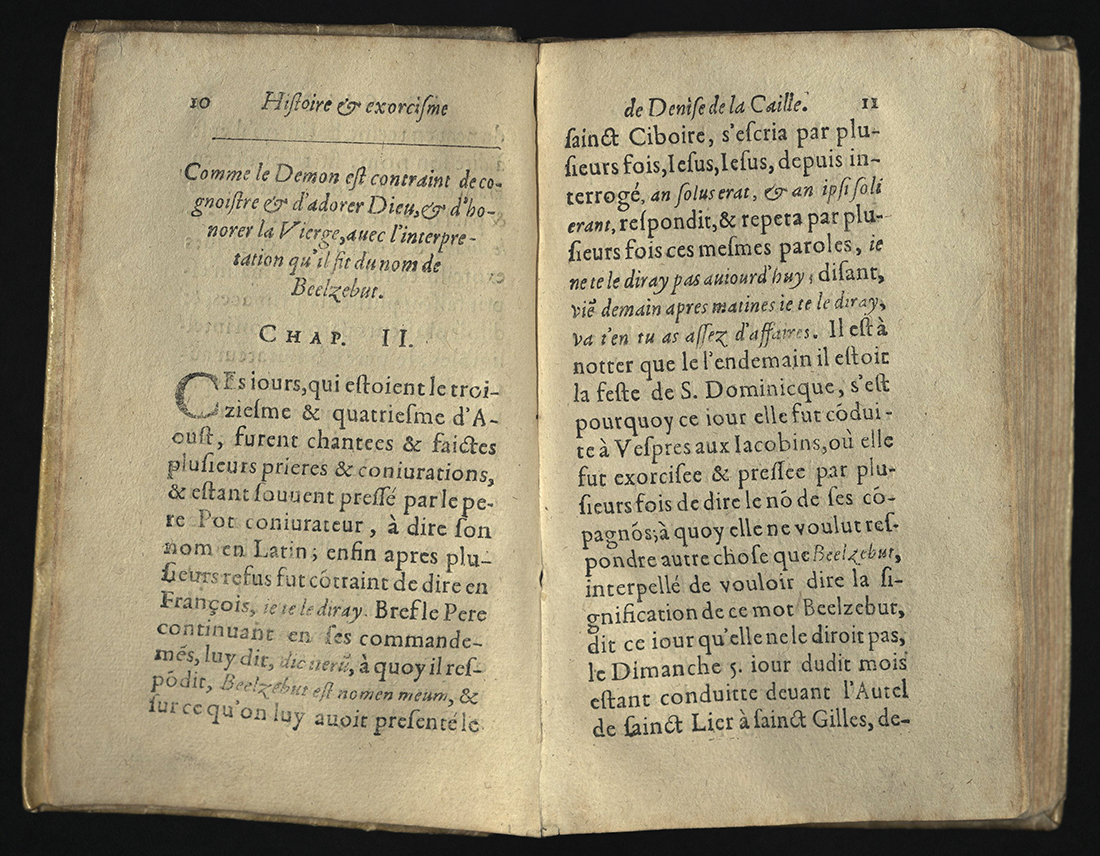 One such possession narrative came out of the Saint-Gilles parish in France. Published in 1623, this histoire veritable, or true story, recounts the possession and various exorcisms of Denise de La Caille — a widowed weaver from Beauvais. The story is told as an eyewitness account made by the court’s clerk over the course of eighteen weeks, wherein public and private exorcisms were performed by a Dominican priest, Father Laurent Le Pot. The possessed De La Caille was covered in lice, immobile, nearly blind, and unable to eat or drink. In addition, she was prone to violence, hallucinated frequently, and would speak in tongues. The records also describe her several times in the act of levitation.

The exorcisms began on August 1, with Father Le Pot summoning the evil spirits through a series of conjurations. Medieval and early modern writers would use the words “exorcism” and “conjuration” interchangeably, in that they both involved the commanding of the evil spirit by invoking the name of God. Once the demon had been conjured and commanded to speak, the task of the exorcist was to discover his identity. In the case of Denise de la Caille, more than forty demons had been conjured and named, including the most prevalent demon, Beelzebub. The next step was to expel, or exorcise, the demons from the human body. Though the purpose of this act was to heal the victim of possession, it often only aggravated the symptoms further, causing more suffering. Due to the complexity of the interrogation and expulsion process, the exorcism would continue for weeks. 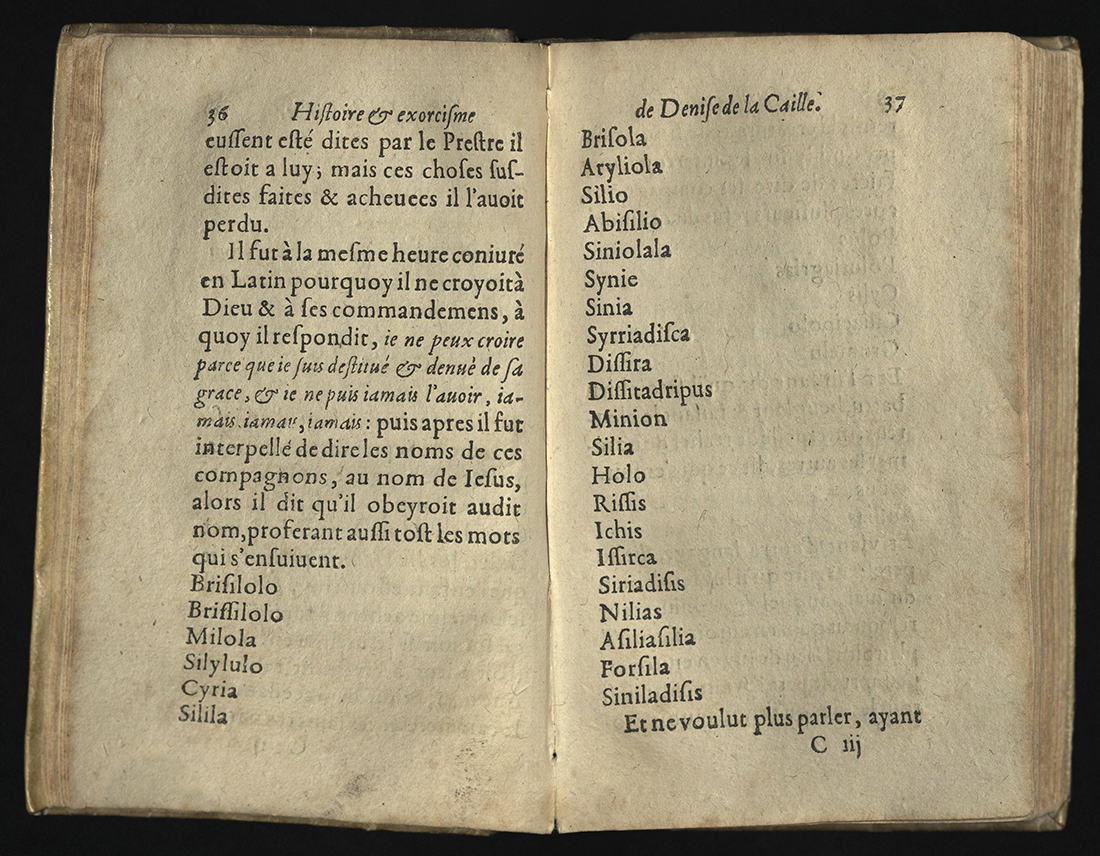 Though exorcisms were performed by Catholic and Protestant clergy alike, the Catholics made use of the practice as an effective form of anti-Protestant propaganda within France, Southern Germany, England and the Netherlands. Catholics argued that they were more successful in casting out demons, while Protestants made the claim that the Catholic practice of conjuration should be seen as a magical and superstitious act, rather than a religious one. Between the two, it was clear that the concept of possession was not a stable category. As such, exorcisms and the possession narratives that followed simultaneously influenced and were influenced by society and culture at large. Both the exorcists and the readers and witnesses of the practice equally attempted to scrutinize, discern and attribute meaning to physical and psychological phenomena.

Histoire et Exorcismes de Denise de la Caille made little impact beyond its first and only printed edition. In fact, it was one of many possession narratives that was circulating in France at the time — later overshadowed by the more notorious case that took place some four hundred miles northwest in the city of Loudun. There, an entire convent of Ursuline nuns allegedly became possessed by demons after their priest, Urbain Grandier, had made a pact with the devil. This particular story of possession, religious fanaticism, sexual repression, and mass hysteria would later become the influence for one of Aldous Huxley’s best works of historical non-fiction, The Devils of Loudun (1952). 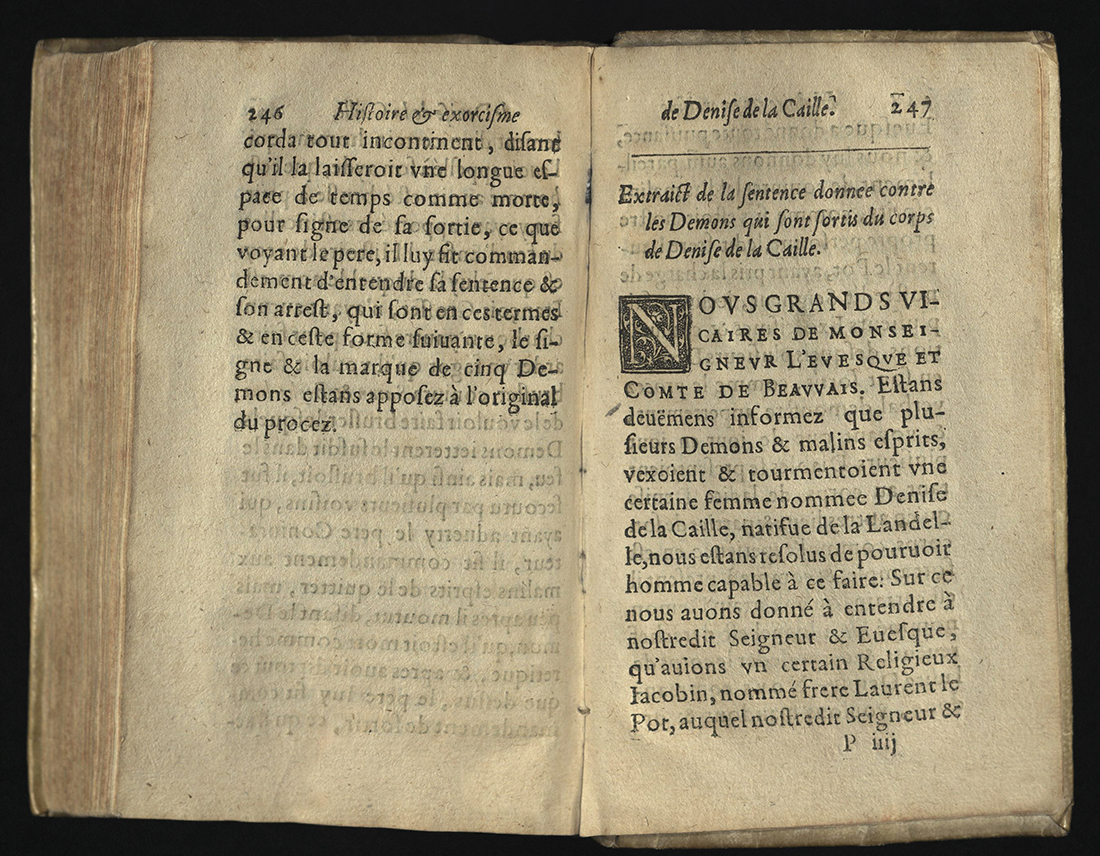 Then and now, possession narratives can be viewed as a way for people to understand the dichotomies of ideas such as good and evil, body and soul, interiority and exteriority, natural and supernatural, psychological and physiological, experience and explanation, along with the the boundaries of what is deemed normal and what is considered extraordinary.