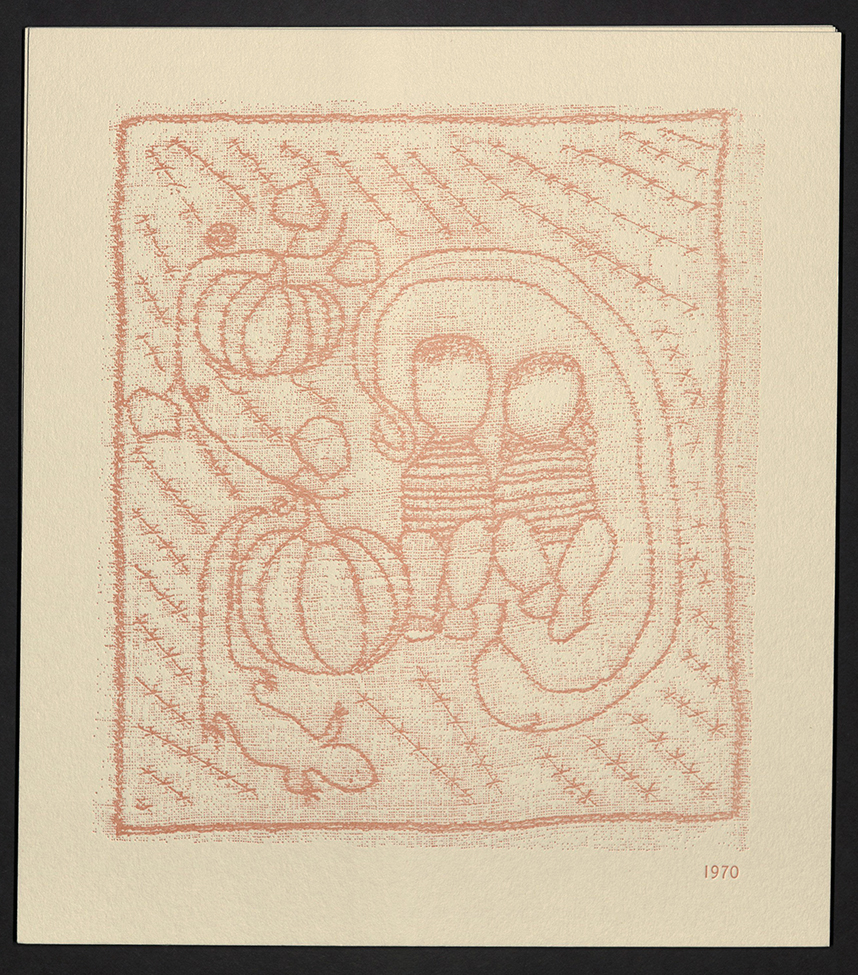 Among several tribes on the Northern Plains the passage of time was marked by noting a single memorable event — recorded pictographically — on a buffalo or deer hide. It was called the winter count because the year ended when winter was over and new life began in the grasses and trees of the plains. Winter was the opportune time to look back over the year and record its history. Several winter counts might be in progress at any one time in the same tribe, each differing according to the personality of its keeper. 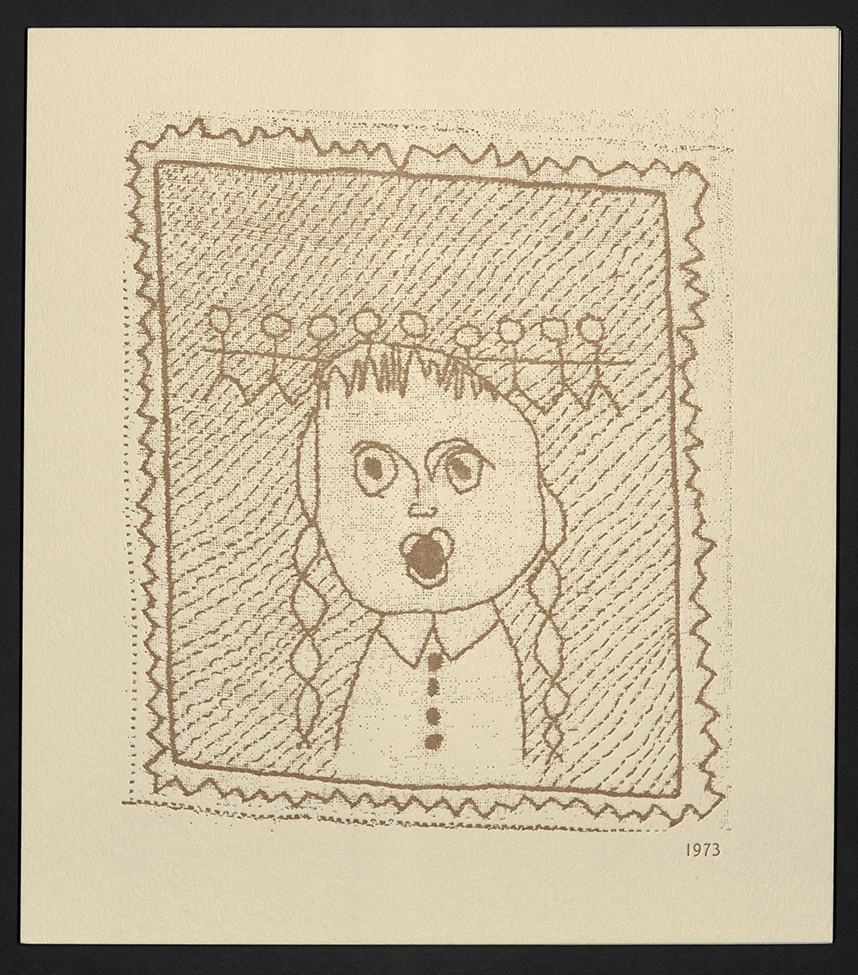 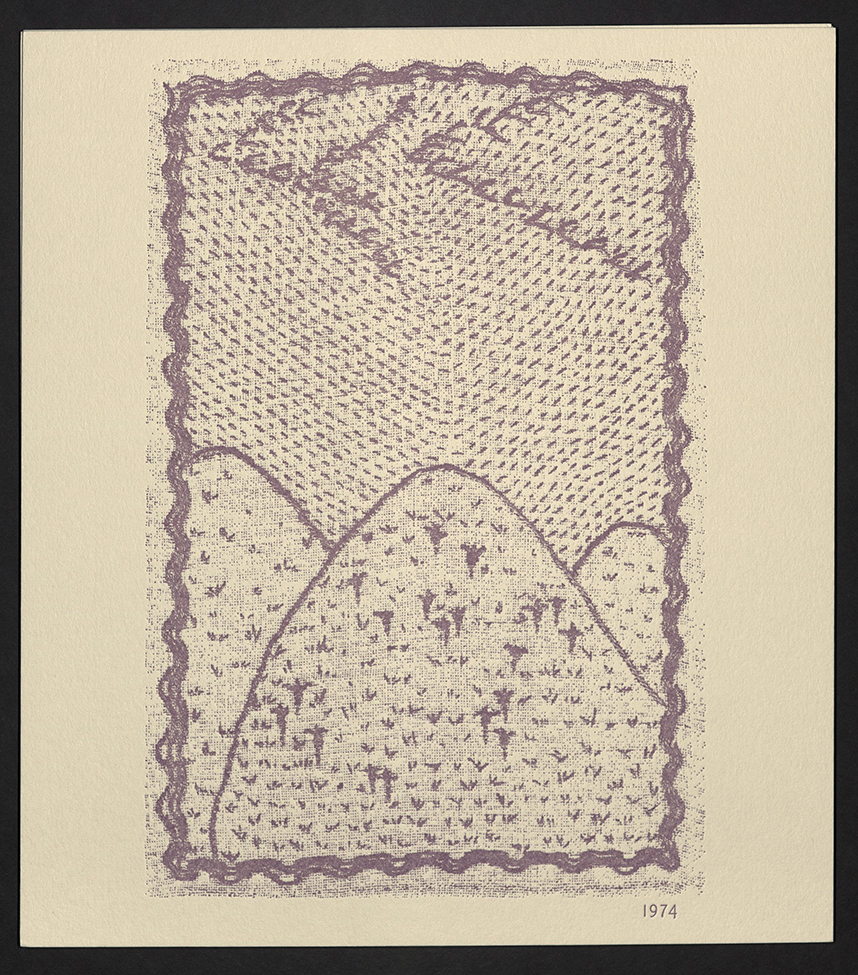 A tribe historian is responsible for the winter count. When the hides deteriorate, the images are transferred over to new hides. The tribe historian is also responsible for learning all of the stories before him, as well as interpreting the drawings and history for anyone who asks about the record. The Big Missouri winter count began in 1796 and ended in 1926. It covered 131 years of events from one division of the Dakota nation along the Big Missouri River. 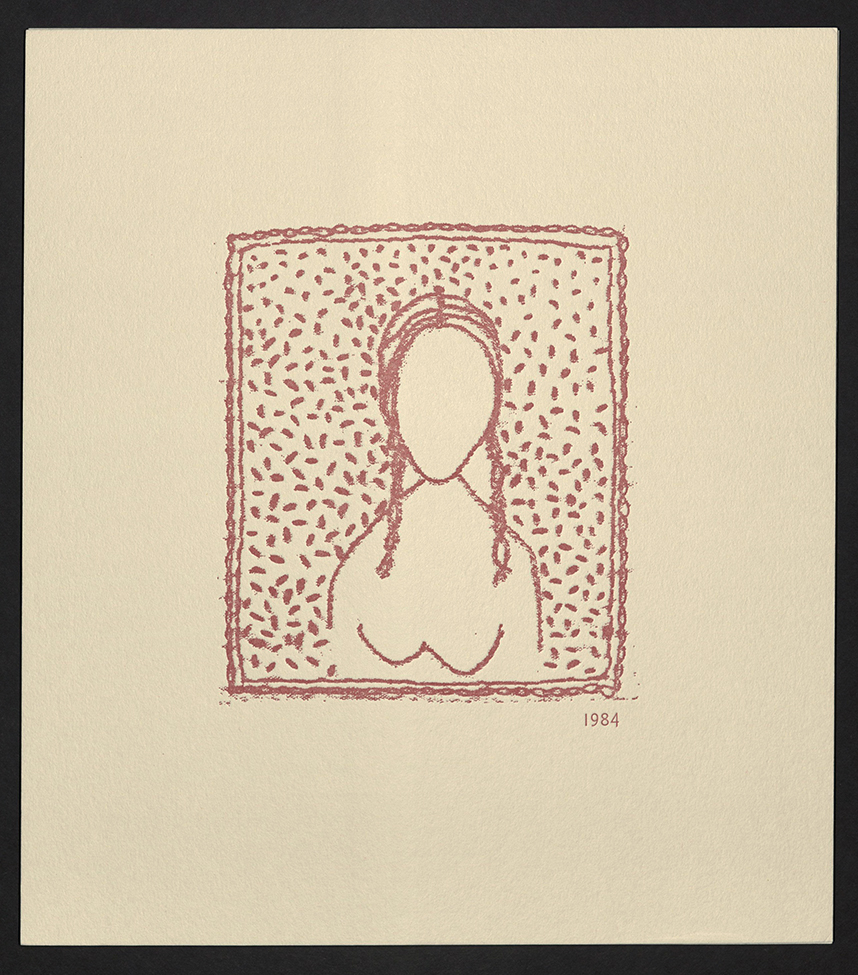 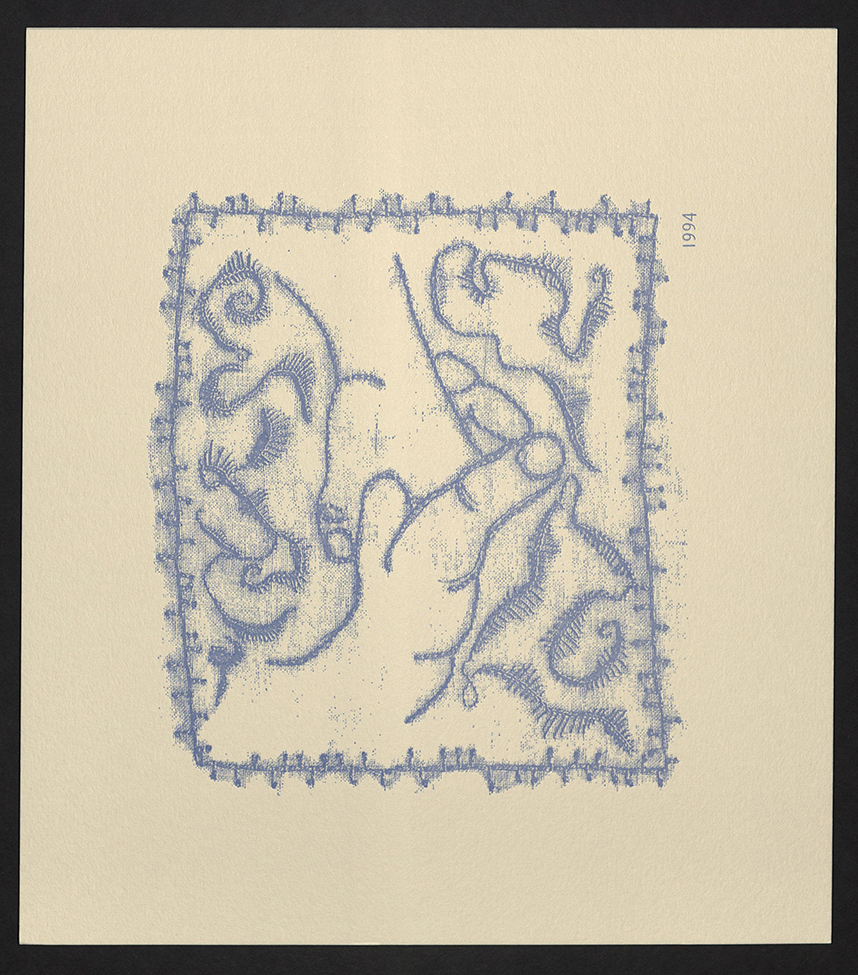 Anne Greenwood began her own winter count in January 2007, but instead of drawing images on buffalo hide, she stitched her winter count with embroidery and reclaimed linen. The images were pulled from ruminations in her life, titled with the year of origin and a short phrase to note the major event, place, state of mind, or primary activity of the year. The images were then transferred to letterpress, with colors and size closely matching those of the embroidered cloth. The names of the stitches are listed, in order from the border, to the background, to the central image. 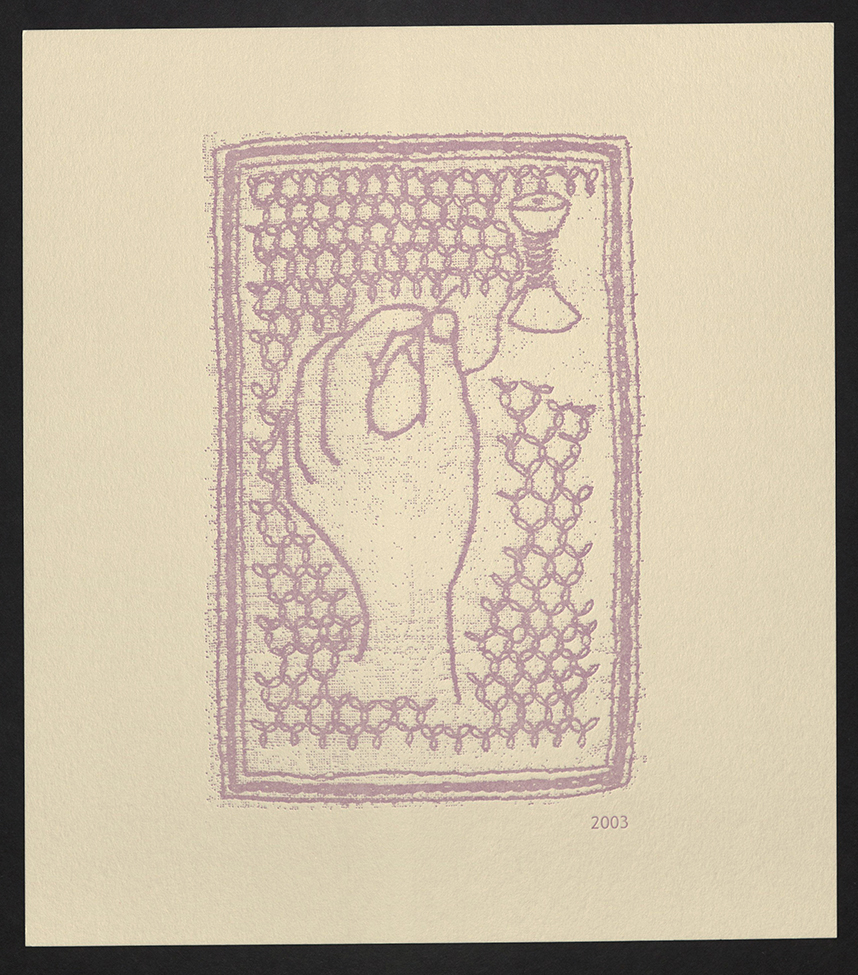 Winter Count was completed in the Spring of 2008 in Portland, Oregon. Text was set in Goudy Sans by Inge Bruggeman, who also helped in the design of the book. Thirty copies were letterpress printed on Fabriano Rosaspina at Textura Letterpress. Rare books copy is number 3.