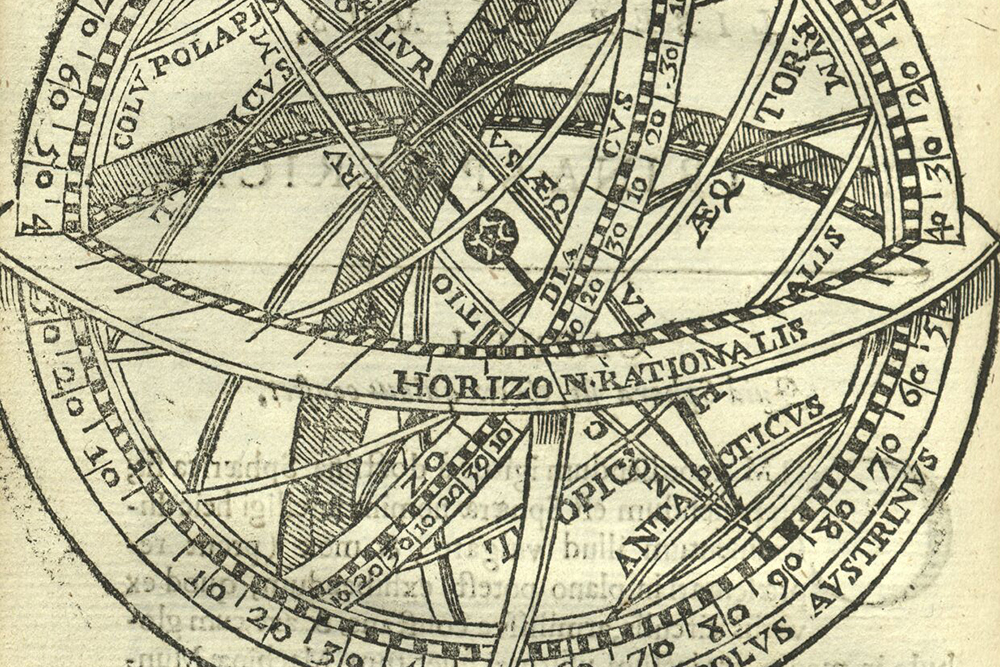 “…senseless atoms, playing and toying up and down, without any care or thought, and from eternity trying all manner of tricks, conclusions and experiments, were at length (they know not how) taught, and by the necessity of things themselves, as it were, driven…so that though their motions were at first all casual and fortuitous, yet in length of time they became orderly and artificial, and governed by a certain law, they contracting as it were upon themselves, by long practice and experience, a kind of habit of moving regularly; or else being, by the mere necessity of things, at length forced so to move, as they should have done, had art and wisdom directed them.” French polymath Pierre Gassendi worked on atomic theory, physics, and the philosophical implications of the work of Greek philosopher Epicurus (ca. 330 BCE), which he used as support for his opposition to an Aristotelean world view. Gassendi was one of the first to coin the term “molecule,” defined as two or more atoms joined together. Much of his published work was written to counter the philosophical views of Rene Descartes.

Using telescope lenses provided to him by Galileo Galilei, Gassendi made numerous astronomical observations that helped establish the validity of Kepler’s laws of planetary motion. In 1631, he observed Mercury transit in front of the sun, thus providing strong evidence for the Copernican model. Gassendi denounced astrology as having no empirical support.

This is the first edition of this collection and the first publication in England of all three works contained within.

Institutio astronomica was first published in 1647. It was divided into three sections: the first discussed the “theory of the spheres,” the second described astronomical theory, and the third discussed the conflicting ideas of Tycho Brahe and Copernicus. The work was used as a textbook, particularly in English universities, for years. That the second edition, here, includes Galileo’s Sidereus nuncius and Johannes Kepler’s Dioptrice makes the publication historically significant.

Sidereus nuncius (first published in 1610 – this is the third edition, the first English edition of any of Galileo’s works) announced Galileo’s discovery of Jupiter’s moons. Sidereus nuncius was Galileo’s publication of his first observations through a telescope he developed in 1609. Galileo observed the moon as a spherical, solid body complete with mountains and valleys, contradicting the tradition of the moon as a crystalline sphere. He observed thousands of stars hidden from the naked eye. He discovered four moons surrounding Jupiter, in different positions at different times. With these observations Galileo accepted the Copernican theory. Dioptrice (first published in 1611 – this is the second edition) explained the manufacture and workings of the telescope, a necessary component in the acceptance of what the telescope revealed. Kepler discussed the laws governing the passage of light through lenses.

Contains four woodcut plates and woodcut diagrams throughout the text. Each work has its own title-page. The main title-page is printed in red and black. University of Utah copy binding contemporary calf, ruled in blind.