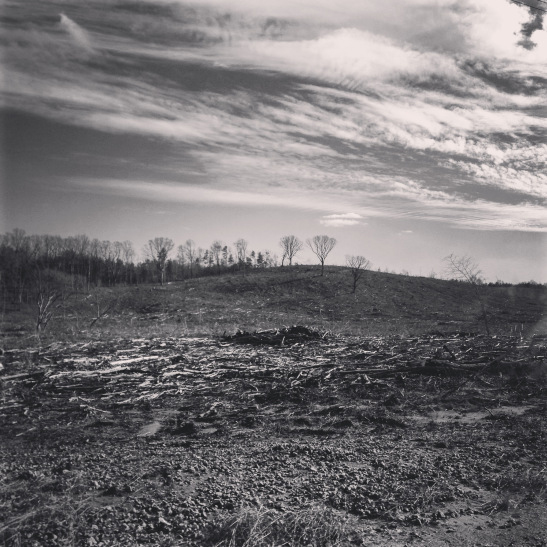 Bio: I use film, photography, handmade paper, and the artist book to create Documents of Time, Place, Wilderness, and Formative Ecology. As a teaching artist in the Honors College, Department of Gender and Race Studies, New College, and Department of Art and Art History, I lead courses in: Documentary Photography, Image and Identity, The Art of Protest, Film and the Environment, and Environmental Research & Advocacy at The University of Alabama and Book Arts, Art & Ecology, Drawing, 2D and 4D Design (time-based) at The University of Alabama in Birmingham.

Christopher Davenport: The Annotated Bibliography of Clearcutting is an ongoing interdisciplinary forest habitat and natural resource focused ecological database of worldwide clearcutting and deforestation. This compilation of user-submitted site photographs, GPS coordinates, satellite images, maps, and physical descriptions is available to researchers as a searchable database to facilitate carbon projections, rates of deforestation, levels of mono-cultured areas, and landscape changes for given areas and regions.

My work is increasingly focused on giving voice to environmental issues, particularly in the South, through visual representations. The ABC is about putting image to words–clearcutting, deforestation, fragmentation of ecosystems–and into the viewer/participants’ hands as an agent of change, a practice. While researching forest fragmentation it became apparent that there are no cohesive databases of this condition and very few images illustrating just what fragmentation looks like. I see art as a tool, an interdisciplinary tool, and through The ABC, a long-range interdisciplinary project, I aim, with the help of others, to bring resources and researchers together through both digital and printed means. From the Natural Resources Defense Council: Clearcutting means the felling and removal of all trees from a given tract of forest. One forestry expert refers to the practice as “an ecological trauma that has no precedent in nature except for a major volcanic eruption.” Clearcutting can destroy an area’s ecological integrity in a number of ways, including: the destruction of buffer zones which reduce the severity of fooding by absorbing and holding water;

the immediate removal of forest canopy, which destroys the habitat for many rainforest-dependent insects and bacteria;

the removal of forest carbon sinks, leading to global warming through the increased human-induced and natural carbon dioxide build-up in the atmosphere;

the elimination of fish and wildlife species due to soil erosion and habitat loss;

the removal of underground worms, fungi and bacteria that condition soil and protect plants growing in it from disease;

the loss of small-scale economic opportunities, such as fruit-picking, sap extraction, and rubber tapping; and the destruction of aesthetic values and recreational opportunities.

Intact, healthy forests play a large role in supporting all forms of life on Earth. To environmentalists, the finality of clearcutting is viewed as an ecological tragedy. From Clearcut: Volume 1 of the Annotated Bibliography of Clearcutting

true Magic Realism and the Wilderness Mystique: forwarding dialogue of post-structuralist nature vs. man and the Artist Book.

I dream of the simple truths of intention. Of states of philosophical and actual mass willingness to remain awake in ecological understanding. To apply considerable pressures towards a state of harmony between man and land; of one organism beyond boundary of place and economics that bridge physical and emotional dimension. There is a symposia that defines space uncompressed; not separate from prairie grass, or forest, or bird song, or breeze, or international boundary.

The outstanding scientific discovery of the twentieth century is not television, or radio, but rather the complexity of the land organism. Only those who know the most about it can appreciate how little we know about it. The last word in ignorance is the man who says of an animal or plant: “What good is it?” If the land mechanism as a whole is good, then every part is good, whether we understand it or not. If the biota, in the course of aeons, has built something we like but do not understand, then who but a fool would discard seemingly useless parts? To keep every cog and wheel is the rst precau on of intelligent tinkering.

–Aldo Leopold, A Sand County Almanac and Sketches Here and There Do.

How comprehension of relational ecological states synthesizes action lies the crux of composing cross-economic sustainable understanding. The “they have” and “they have not” will and is nontransferable in light of present violence preempting police states. No person can enact reaction to persecution in perpetuate.

Listen.
There is discrete sound in place enacted. I say it is silent and absent. Walking.

There is walking on the moon. The soil in a clearcut crunches because it is sunbaked and cannot contain moisture. Once covered by young and developing 200 year old canopy. Fungi and microbes uncatalogued accompanied by amphibians abounded. For more information, and to join the project, contact The ABC at: info@annotatedbibliographyofclearcu ng.org