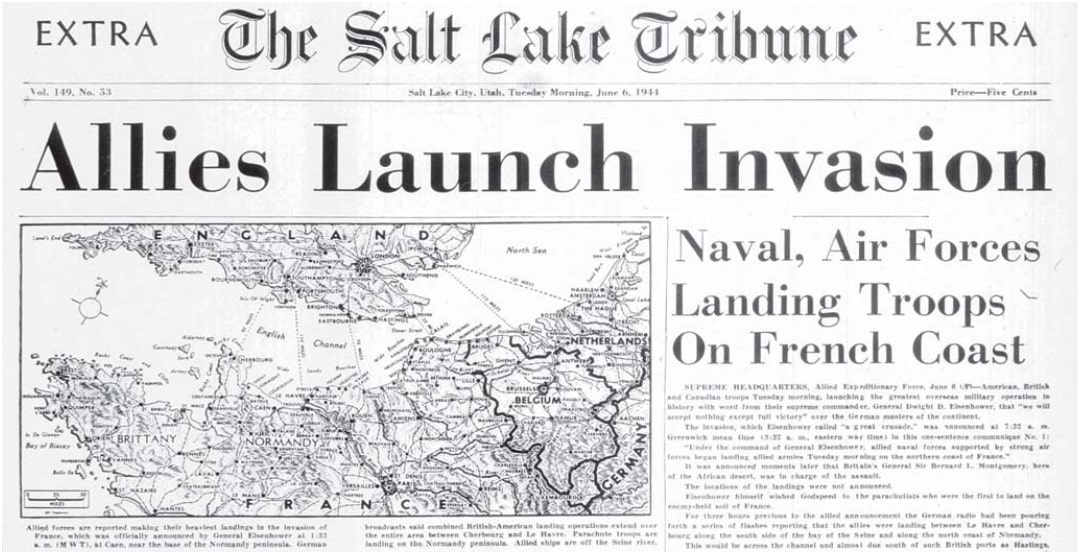 Researchers, historians and genealogists now have an additional 1.6 million pages of the Salt Lake Tribune, at their fingertips. The recent digitizing process added issues dating from 1920 to 2004, to the existing online collection of issues between 1871 and 1919. All 133 years are now keyword searchable and available to the public thanks to a partnership between the U’s Marriott Library, Newspapers.com, a division of Ancestry and the Salt Lake Tribune.

The issues can be accessed through Utah Digital Newspapers, a collaborative project based at the J. Willard Marriott Library since 2001. The site now has over 6.7 million pages and another 2 million will come online in the next 2-3 years. Users can enter a name, place, or event and retrieve individual newspaper pages on which that term appears. Powerful searching options allow users to find terms in combinations or terms that appear in proximity to one another.

“It’s thrilling to see these years of the Salt Lake Tribune made freely available for online searching, downloading and printing,” said Tina Kirkham, digital library project manager, J. Willard Marriott Library. “The Tribune is a newspaper of national significance. It has carefully documented the significant changes in the lives of Utahns for over 150 years. Genealogists, historians and researchers of all kinds will have a field day.”

“We are grateful to those who worked to bring The Tribune’s archives online, now from 1871 to 2004,” said Lauren Gustus, The Tribune’s executive editor. “Especially to all of the journalists who contributed to the newspaper going back more than 150 years,”

With high-speed scanners, Newspapers.com can capture up to 200 pages per minute from microfilm. From its inception, Newspapers.com has been working with university and local libraries, as well as state archives and newspaper publishers, to digitize their microfilm holdings.

Since 2019, Newspapers.com has digitized Utah newspapers for Marriott Library at no cost in exchange for three years of exclusive use. Now, the three years have expired and these issues are now freely accessible on the Utah Digital Newspapers website. The Harold B. Lee Library at Brigham Young University also loaned hundreds of reels of microfilm for scanning. The Salt Lake Tribune granted permission to include the 1978-2004 issues, which remain under copyright.

“Without the technology employed by Newspapers.com, the project wouldn’t have been possible,” said Kirkham.