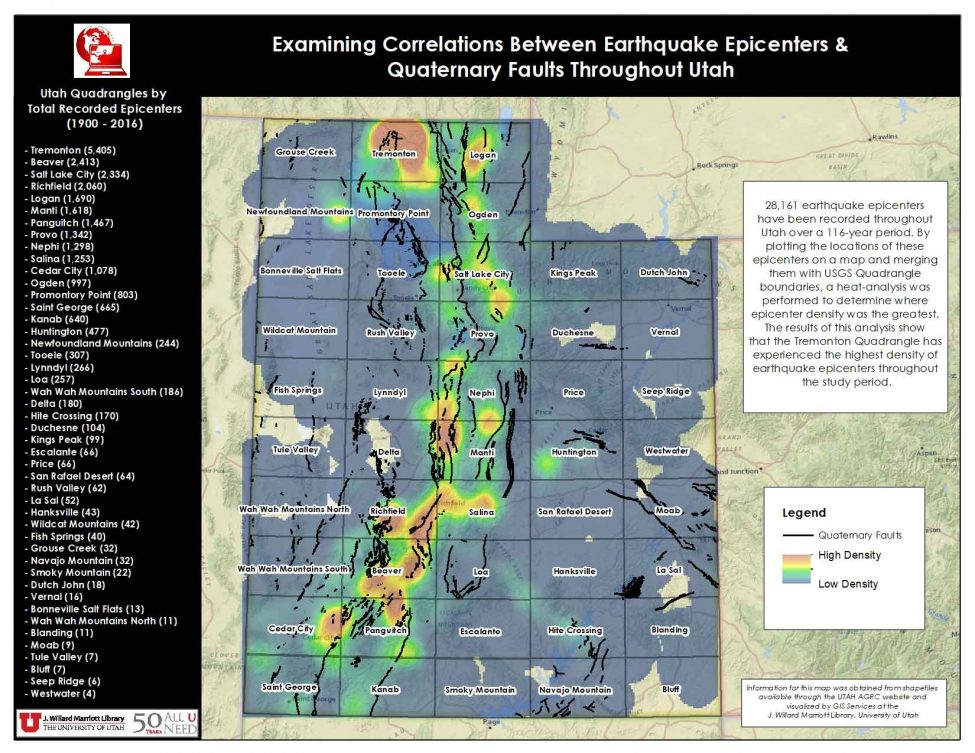 Ranging from small tremors to impactful vibrations, seismologists have recorded the locations of 28,161 earthquake epicenters over a 116-year period. Through a visual and analytical examination, this week’s Map of the Week explores the spatial relationship between recorded epicenters and fault locations while visualizing where epicenter density is highest throughout Utah. #MapMonday

This map began by incorporating a database of earthquake epicenter locations obtained from the Utah Automated Geographic Reference Center (AGRC). While plotting epicenter locations on a map provides a great deal of information, evidence of high-density occurrences throughout Utah were difficult to determine. To answer this question, multiple spatial analysis functions were employed:

This map is an example of the methods in which GIS can be utilized to analyze and present raw data through easily understandable visualizations. How might your projects benefit from the incorporation of GIS?