19 Nov Legacy of the Blitz Kids Honored by Marriott Library

The year was 1944. The nation was in the throes of the war, Bing Crosby’s “Don’t Fence Me In” was at the top of the charts and the U’s basketball team — led by coach Vadal Peterson —  went to Madison Square Garden to play against Dartmouth in the U’s first NCAA tournament game.

They weren’t expected to win. In fact, the only reason they were playing in this game was because the Arkansas team, which had been set to play against Dartmouth, was involved in a car accident and couldn’t go. So the NCAA sent Utah.

“No one thought we would win,” explains Wat Misaka, one of the Utes’ team members. “We had our return train tickets ready to come back that night. Everyone was stunned that we actually beat Dartmouth. It was an extraordinary moment for sure.” 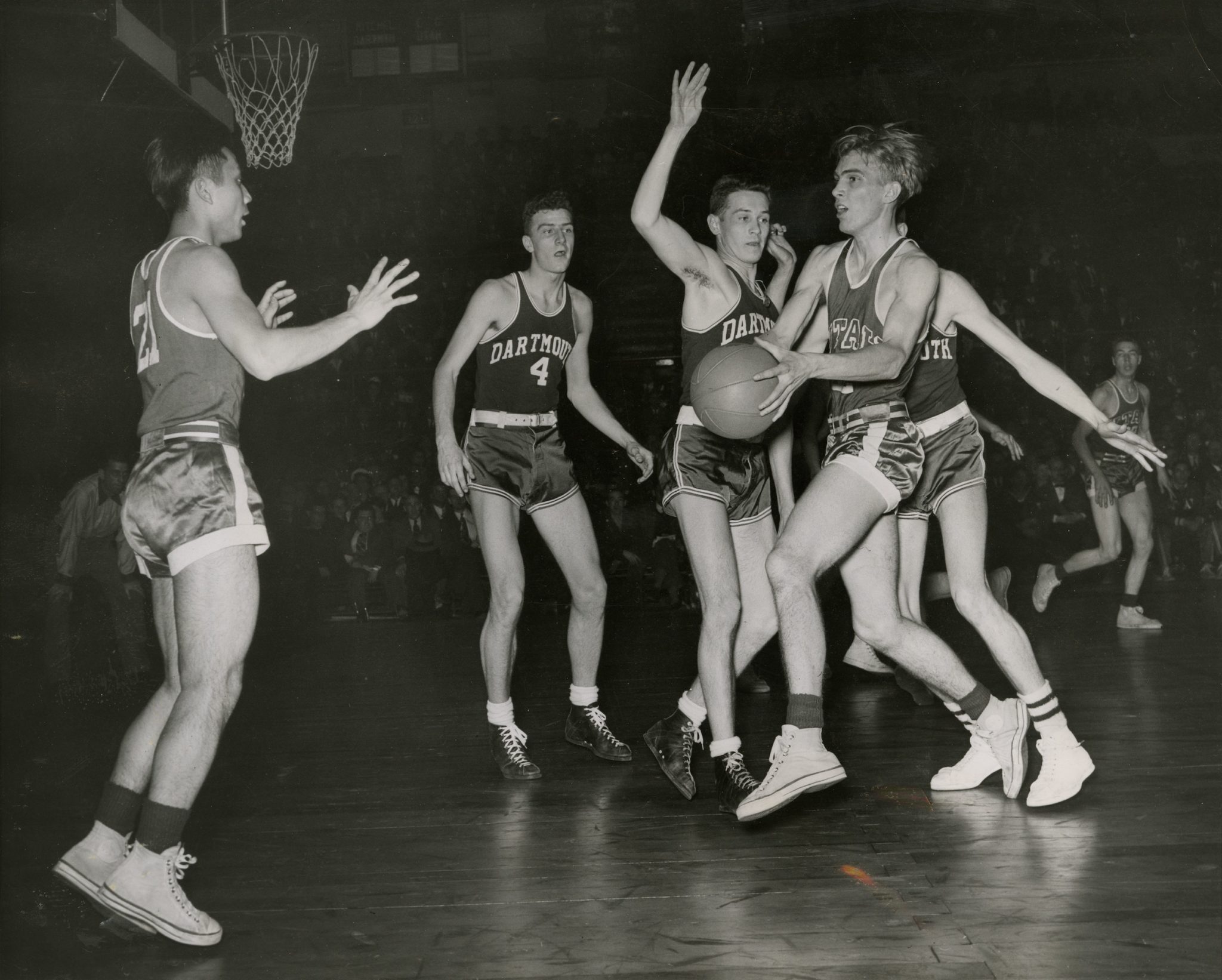 Long story short, not only did Utah take the NCAA title, a few days later the team went on to play the NIT winning team, St. John’s, and beat them as well! The Utes were on a tear. They came to be known as the “Blitz Kids.” The game at Madison Square Garden, in which the little-known team from Utah surprised the college basketball world, is described as the NCAA’s “original Cinderella Story.”

A few years pass. Some of the Ute players had gone off to war . . . and some had returned from war. And then, in 1947, matched against University of Kentucky, Utah took the NIT Championship. The Blitz Kids were still in business.

Both Ferrin and Misaka went on to play in the NBA; Misaka was drafted by the NY Knicks (then the Knickerbockers). He was the first person of color to play in what we now know as the NBA and he was drafted in 1947, the same year that Jackie Robinson joined the Brooklyn Dodgers Team.

Ferrin was the only four-time All American at Utah. He went on to play for the Minneapolis Lakers in 1949. He served as the Utes’ Athletic Director from 1976 to 1985.

On Saturday, Dec. 1, at the Utah vs. Tulsa men’s basketball game in the Huntsman Center, the library honored Ferrin and Misaka for their contributions of personal papers, scrapbooks and photographs to Special Collections. University of Utah Athletics also honored these two ‘Blitz Kids” with Lifetime Achievement awards.

Read more about the Blitz Kids’ story in the 2012 issue of Continuum.