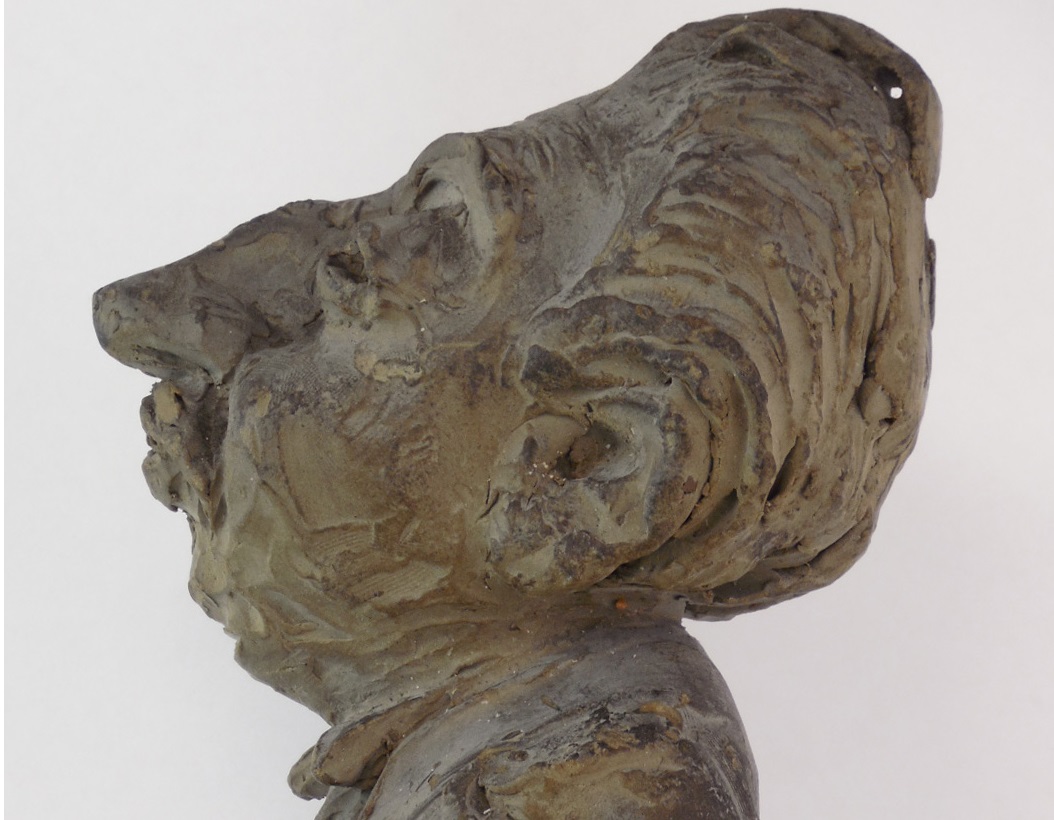 Marriott Library’s collections include far more than simply books. Many of these items are fragile as well as valuable, and one of the most important tasks for the Library’s Preservation Department is their protection. Protection implies a number of things: proper housing in appropriate materials; ease of handling, and protection from damage in case of earthquake. All three of these considerations were taken into account when housing a collection of plasticine figurines made by the artist Jack Sears.

While Jack Sears is primarily known for sketching and painting, he was an accomplished sculptor as well. The figures contained in his collection (The Jack Sears Papers, Accn 1245) are impish examples of late 19th and early 20th century America, and contain well-known characters of the day, such as Albert Einstein, Teddy Roosevelt, and Ambrose Bierce.

John Septimus (Jack) Sears was born in Salt Lake City in 1875. As a young man, he studied under famed Utah artist J. T. Harwood, later at the Mark Hopkins Institute in San Francisco, and at the Art Students League in New York City. After working many years as a cartoonist and free-lance artist, Sears returned to Salt Lake City. In 1919 he became one of three instructors in the budding art program at the University of Utah where he introduced printmaking and graphic design. He stayed at the U for twenty-four years, retiring in 1943. By the end of his life in 1969, it was estimated that he’d completed over 25,000 pieces.

The Sears figurines range from 4 to 10 inches high. In spite of their age, now almost 100 years old, the plasticine remains soft, and easily deforms with pressure or abrasion. When a display of the models in the Special Collections Reading Room was organized in 2012, Curator of Manuscripts, Elizabeth Rogers requested newer and safer housing for them.

Chemically stable materials frequently used in the Preservation Department were incorporated in the design: Ethafoam blocks were easily carved, conforming to the shape of the figurine and its base, while making minimal contact with it; cotton batting added cushion; these were wrapped with a soft Tyvek sheet, made from a spun polyester, and the pieces sewn together using linen thread. When completed, the wrapped blocks were attached to the walls of a custom-made Coroplast box, so that they fall away when opened.

The Sears figurines and their excellent housings can be viewed in the Special Collections Reading Room.

Written by Jeff Hunt. Our thanks to Liz Rogers for contributing to this blog posting. 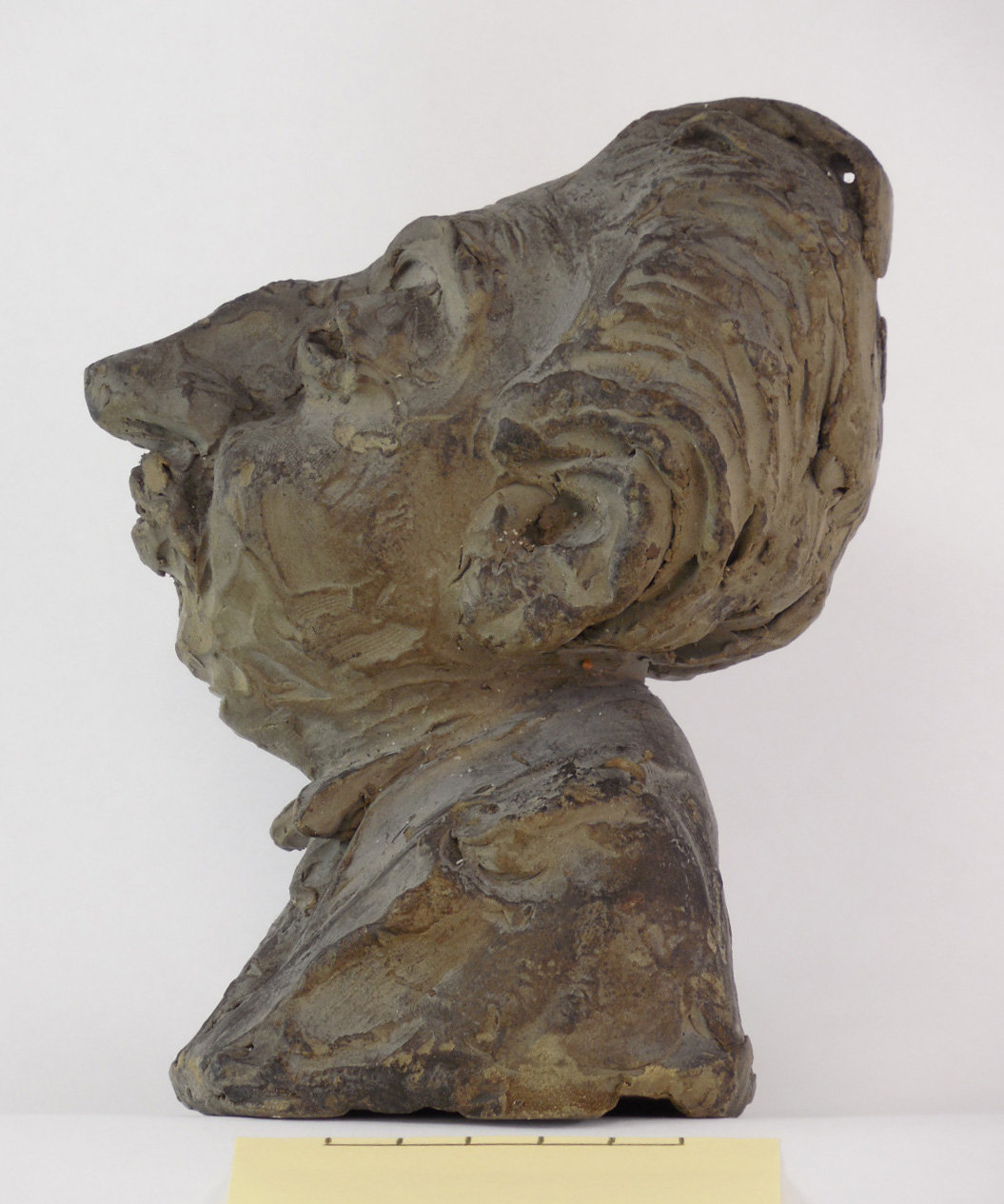 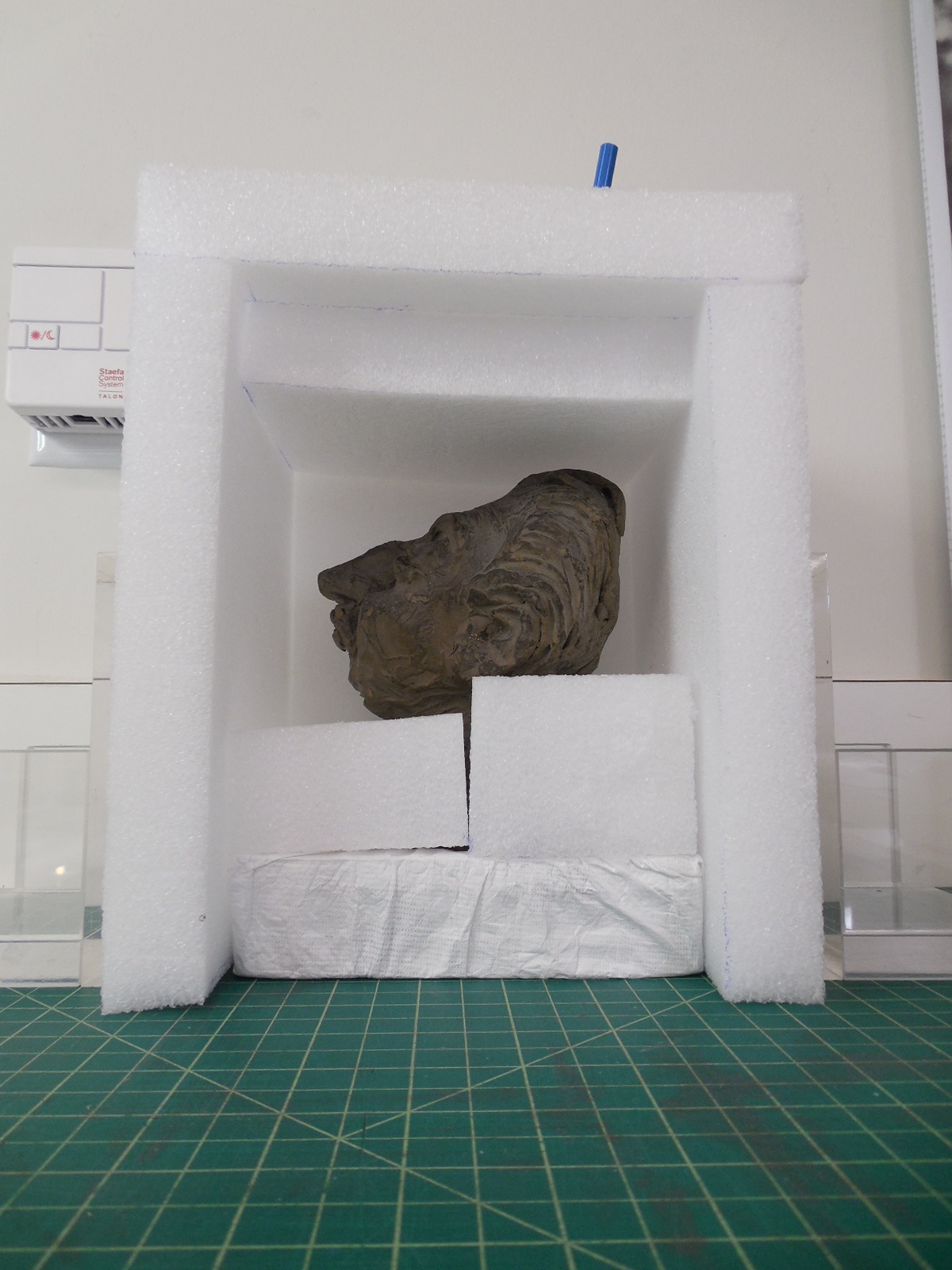 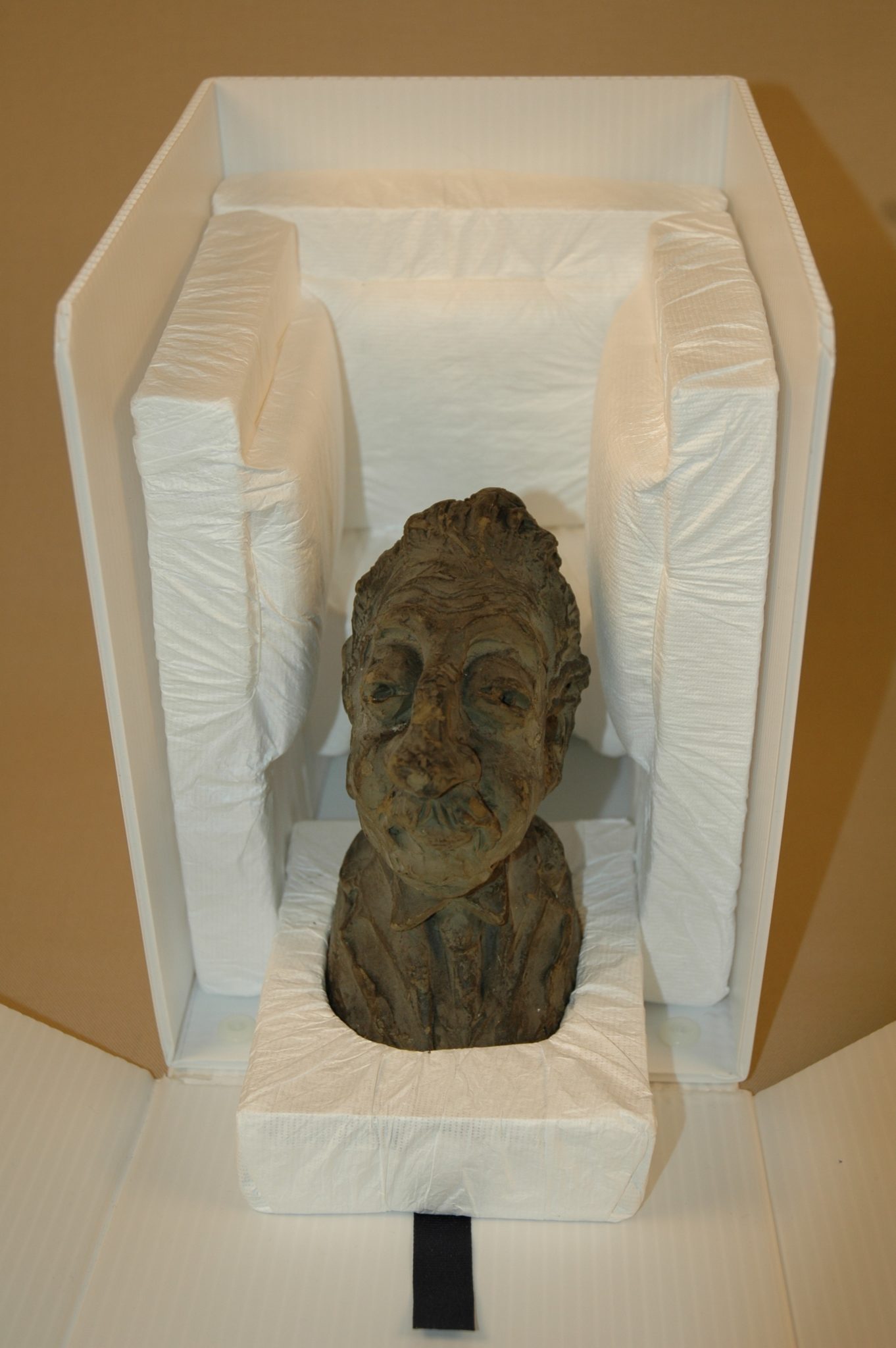 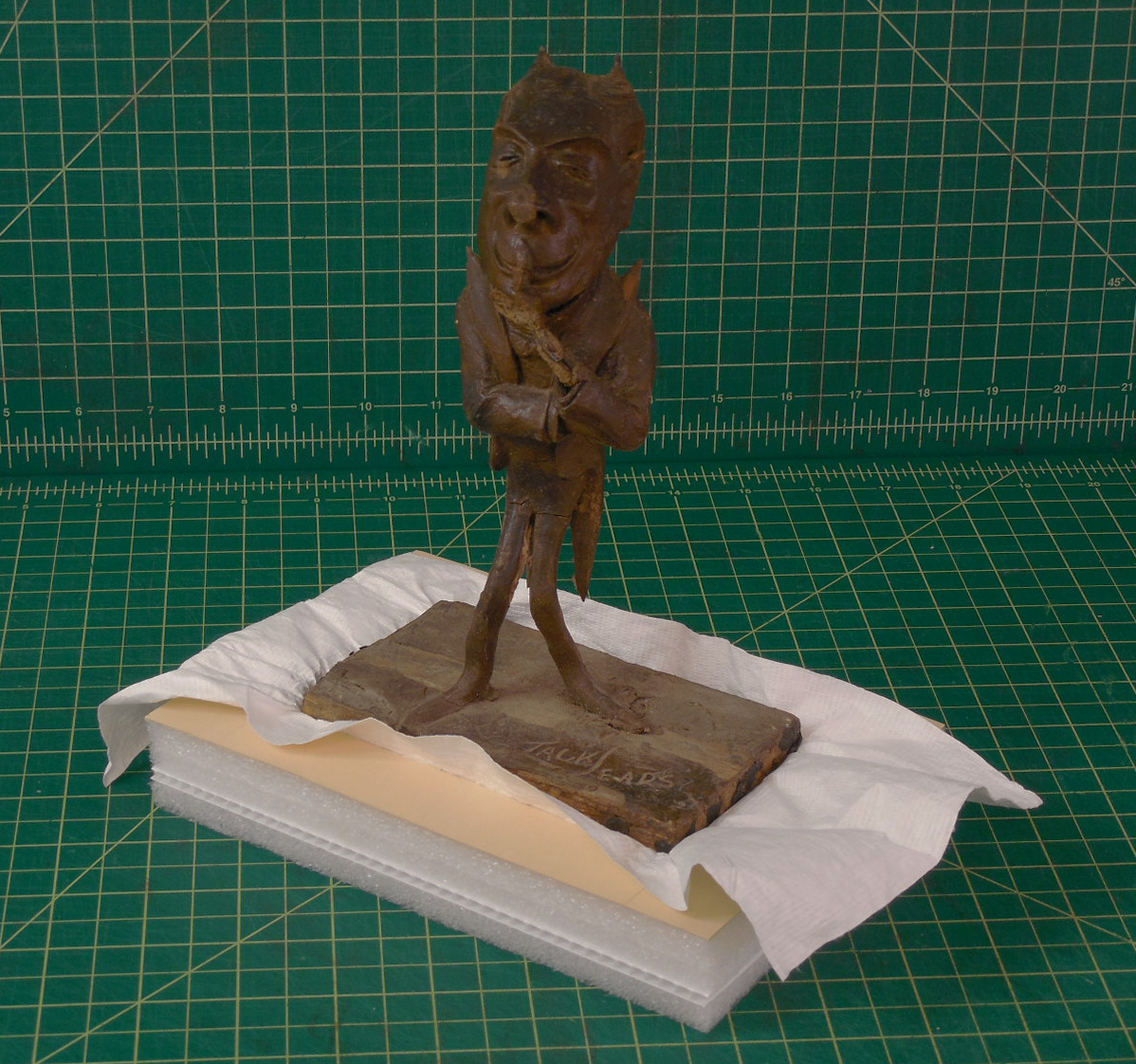 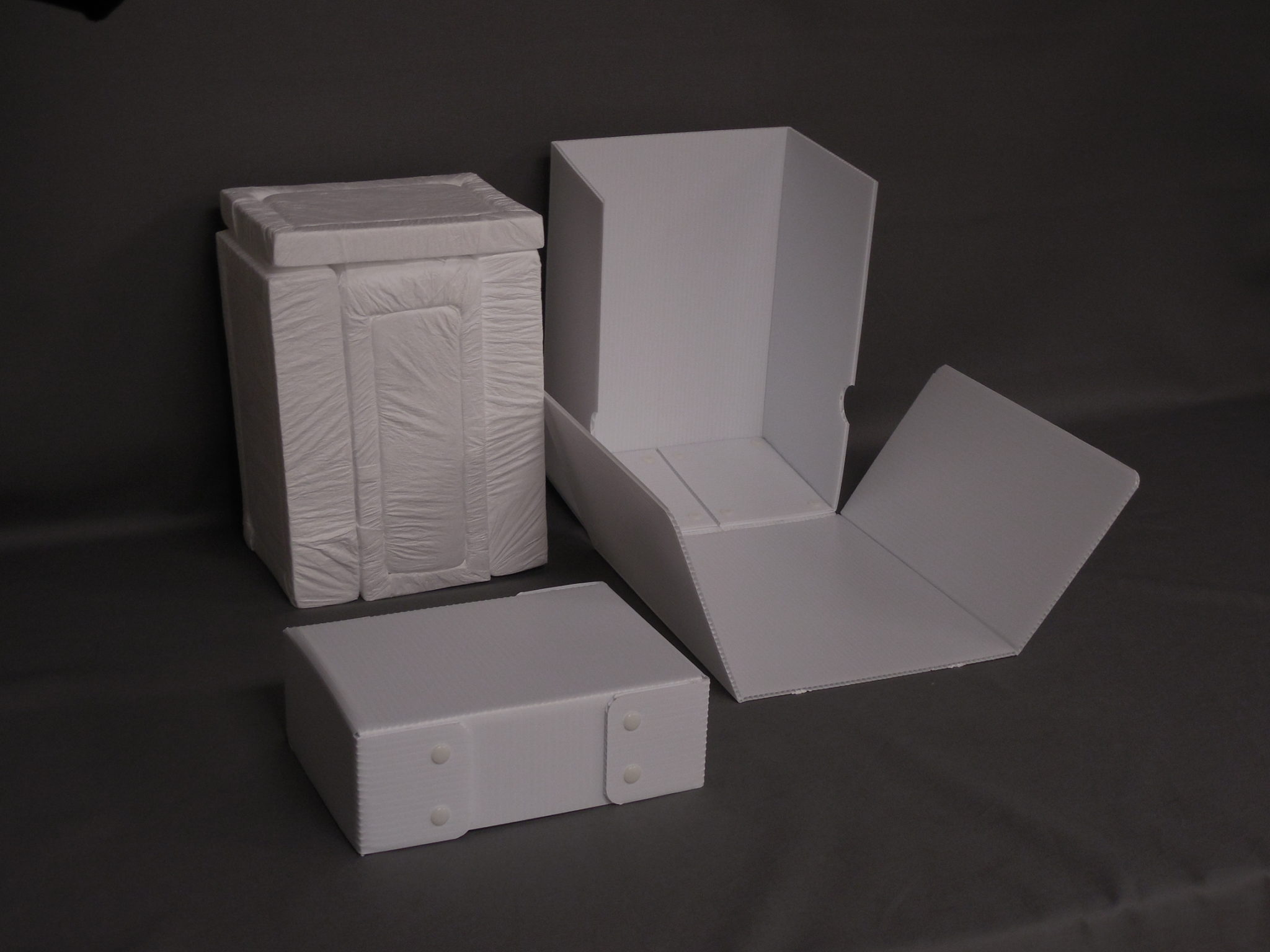 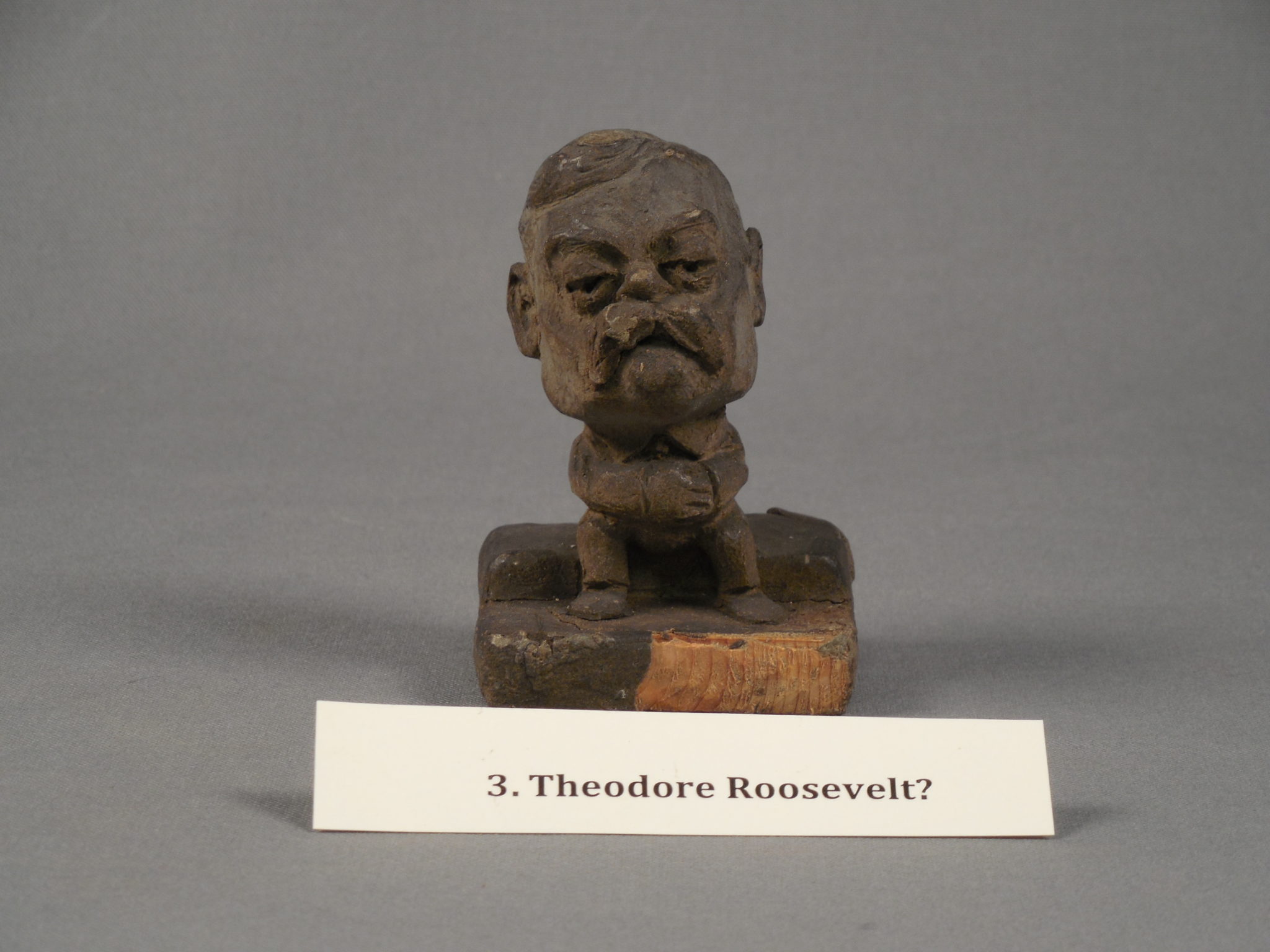 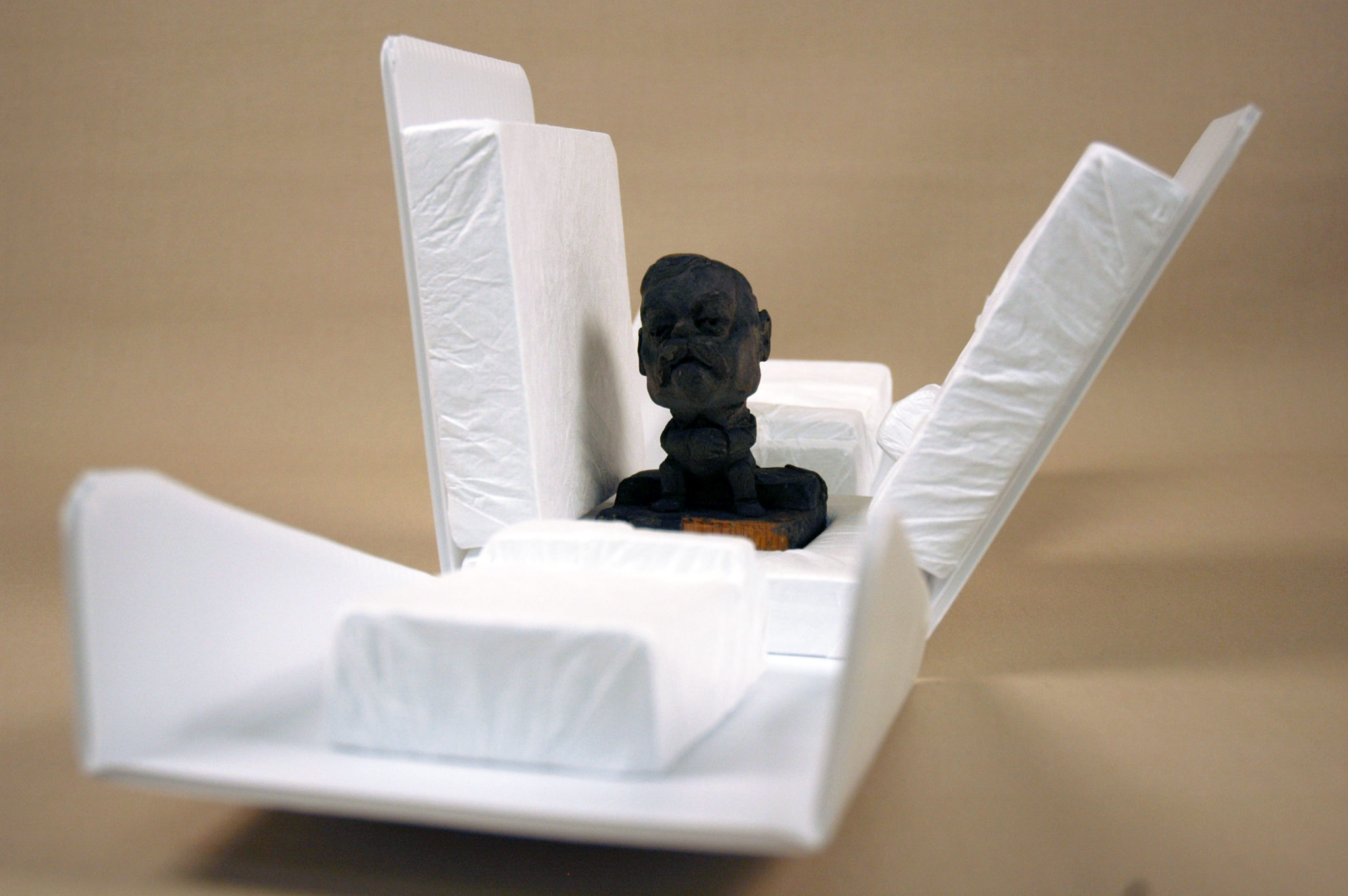 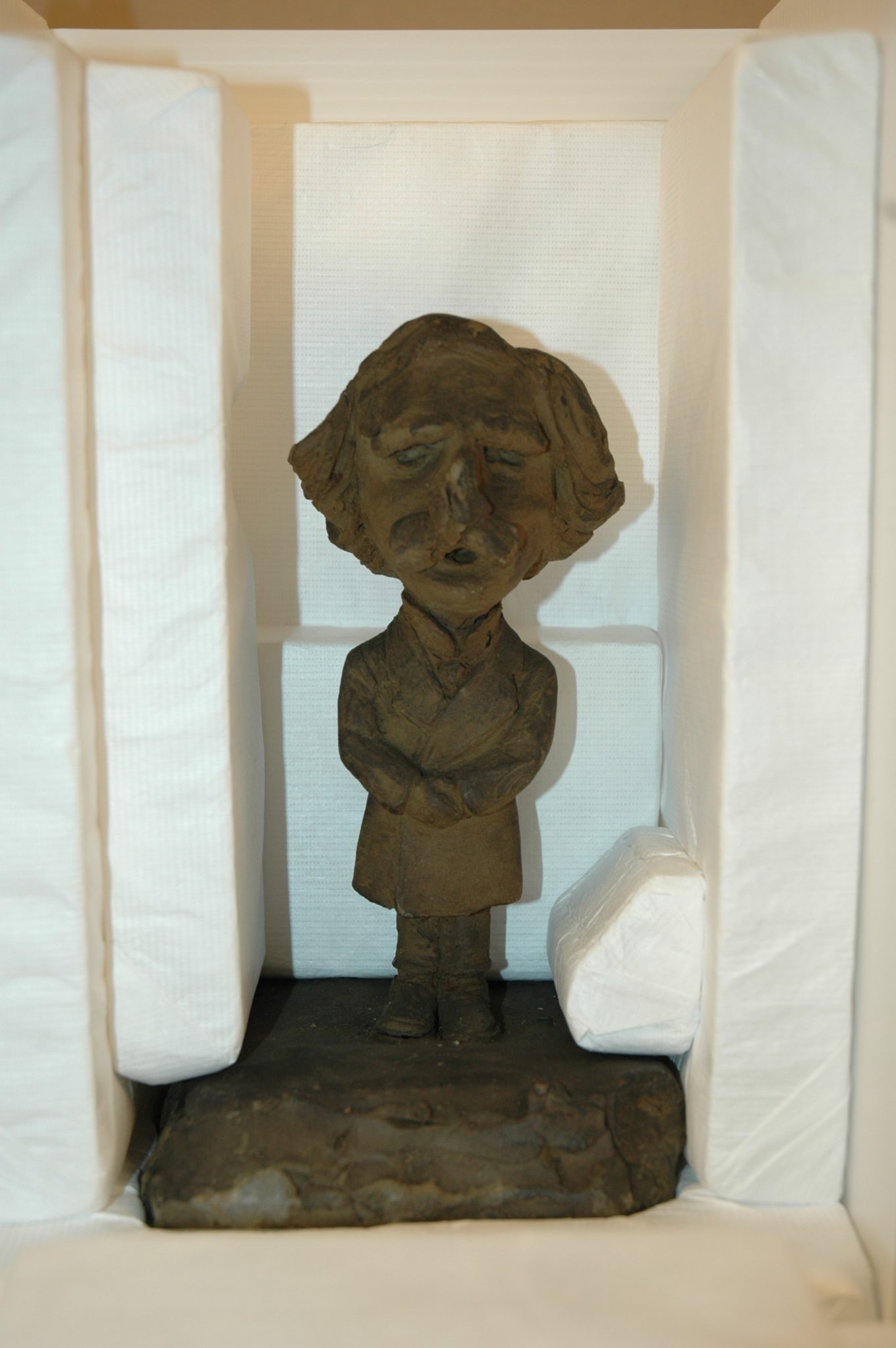 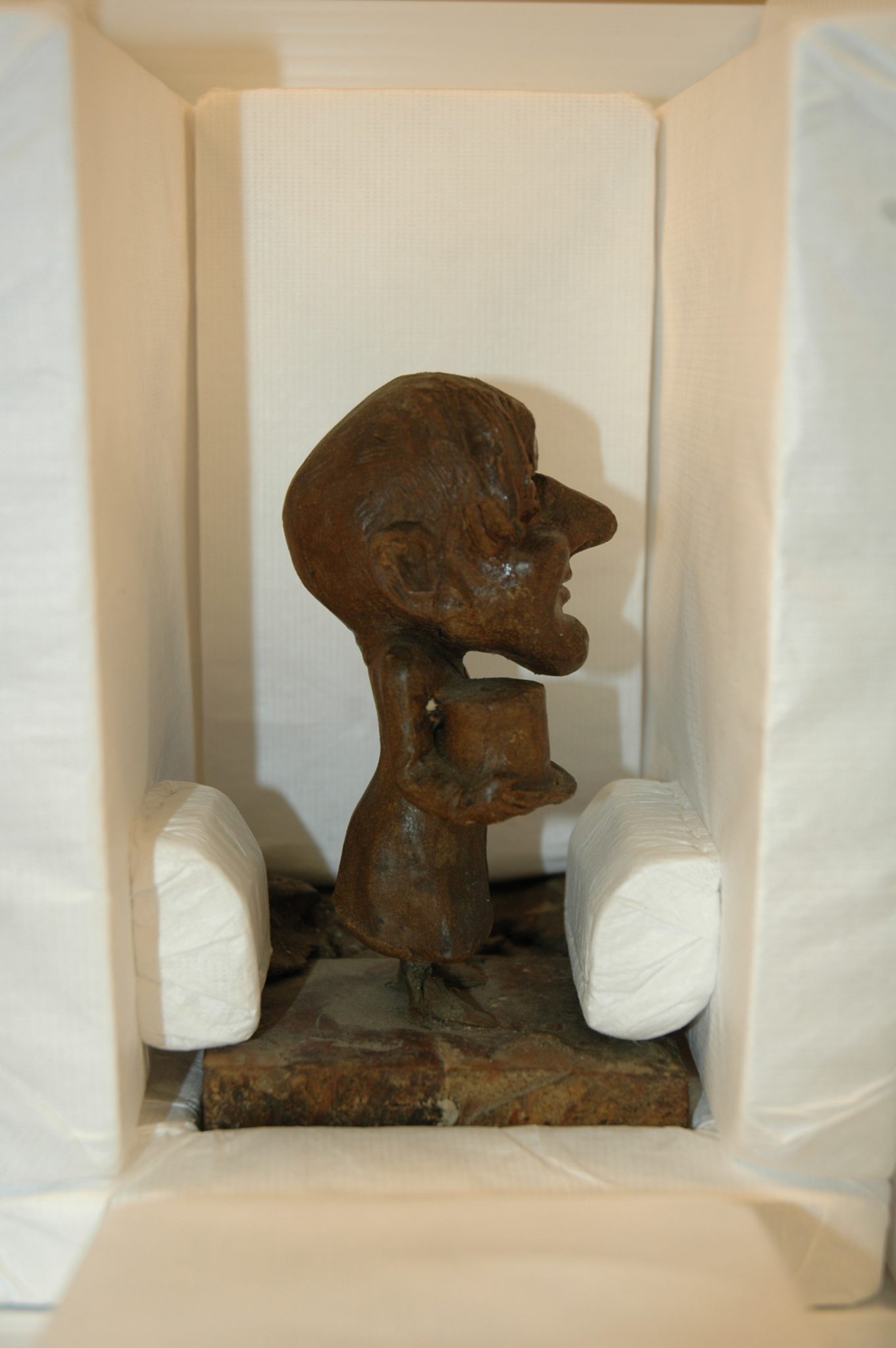 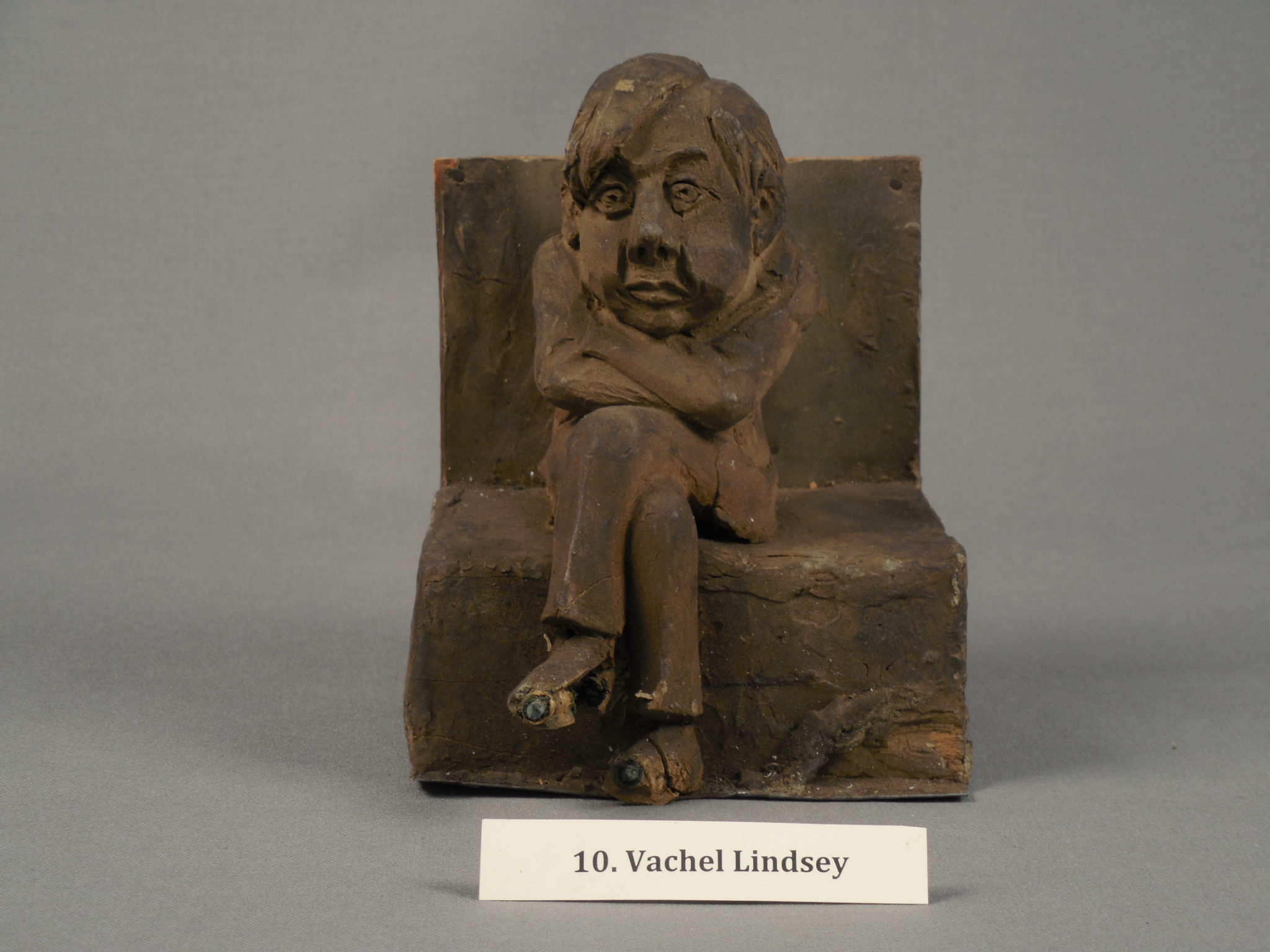 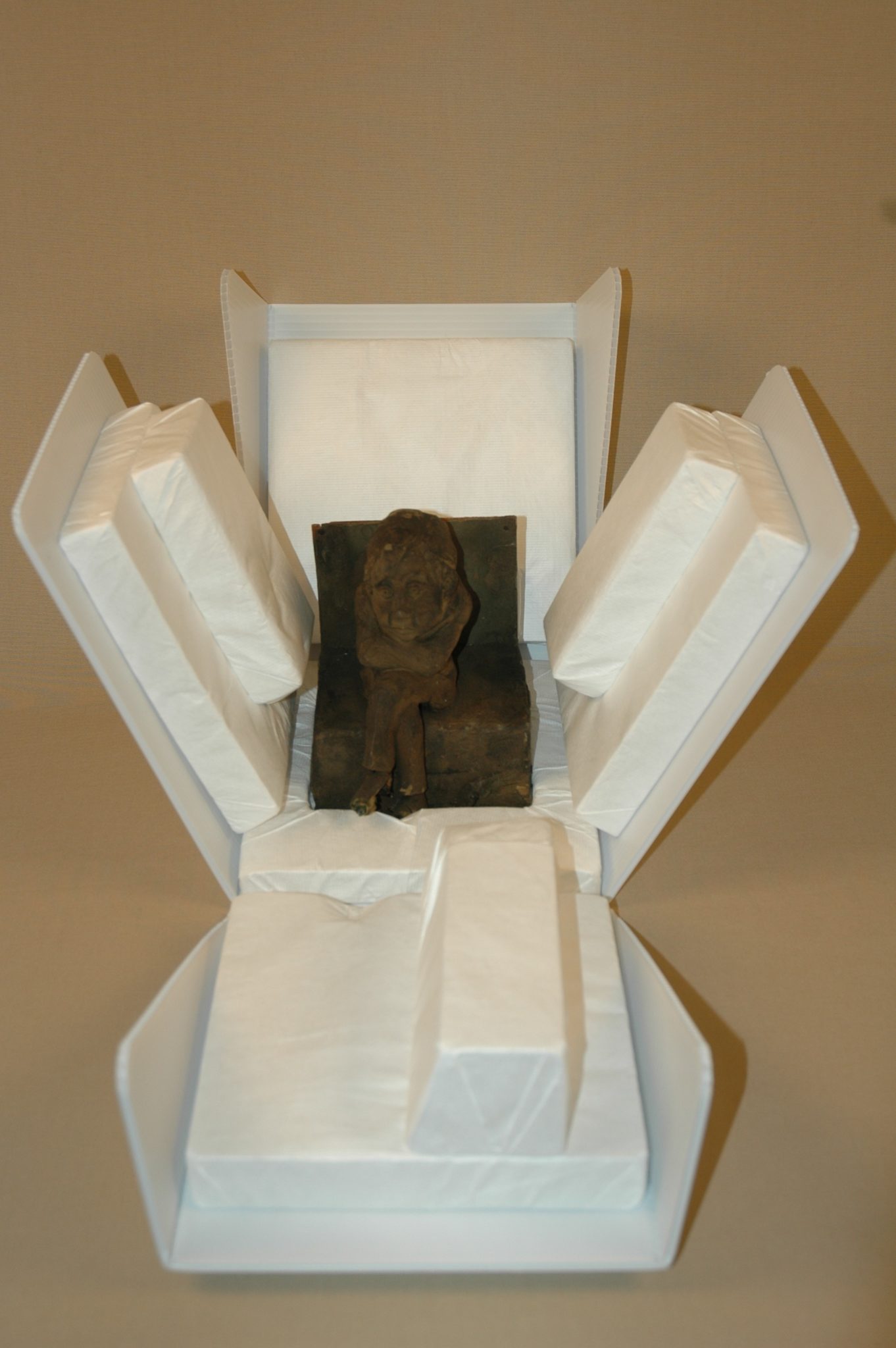