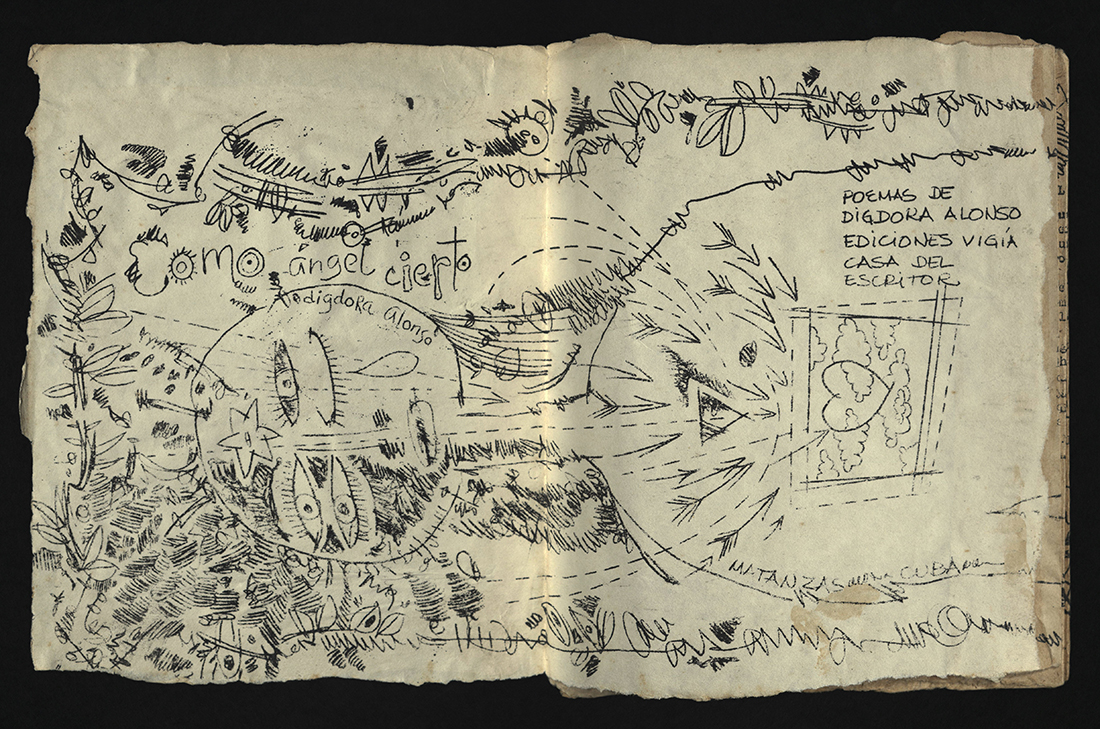 “The more artistic a craft, the richer the craftsperson.” 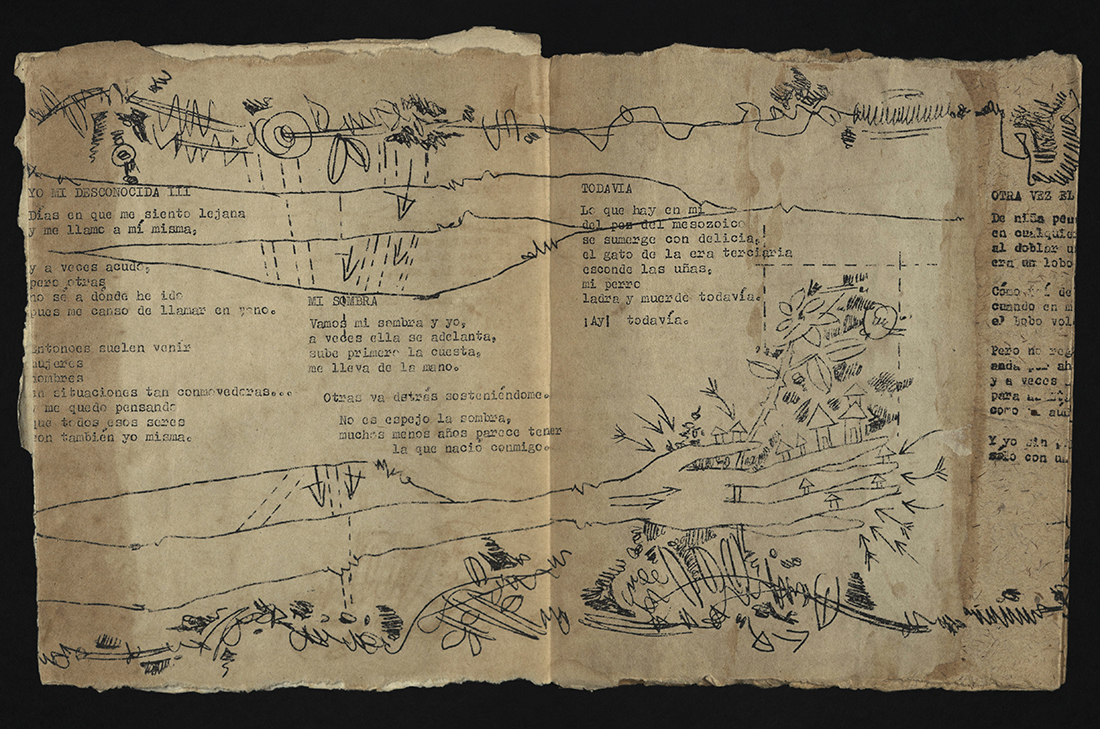 In 1985, Alfredo Zaldívar gained access to the cultural center of Matanzas, Cuba: la Casa del Escritor de Matanzas. As a poet, Zaldívar knew that the space would be the perfect gathering place for writers and other artists to meet and discuss their work. With the help of designer, Rolando Estévez Jordan, the two began printing single-sheet flyers to advertise literary and musical events. Their invitations evolved into smaller pamphlets and unique books and, with that, the imprint of Ediciones Vigía was born. Ediciones Vigía is an independent publishing house located in Matanzas, Cuba — a city located some 65 miles east of Havana. During the Spanish Colonial era, the region became a cultural center for the arts, often called the “Athens of Cuba,” for its variety of artists.

The books published by Ediciones Vigía are unique because they are handmade from repurposed materials such as paper donated from a local butcher, fabric and yarn, leaves, dried flowers, tin foil, among many other found and recycled items. This is, in part, due to the creativity of the artisans that volunteer their time to the workshop. However, it also reflects the political and cultural landscape of Cuba’s past and present.

Ediciones Vigía was established less than thirty years after the Cuban Revolution of 1959, during which the country lived through both utopian and dystopian versions of itself. The 1970s saw an extremely oppressive period called the Quenquenio Gris (Five Gray Years) wherein artists and writers outside the mainstream narrative were punished and ostracized. A decade later, some 125,000 Cubans had fled to the United States in a mass exodus. Then, amid severed ties with the Soviet Union, a decrease in trade relationships, low agricultural production, power shortages, extreme weather, and a growing black market, Cuba fell into what was called “The Special Period in Times of Peace.” 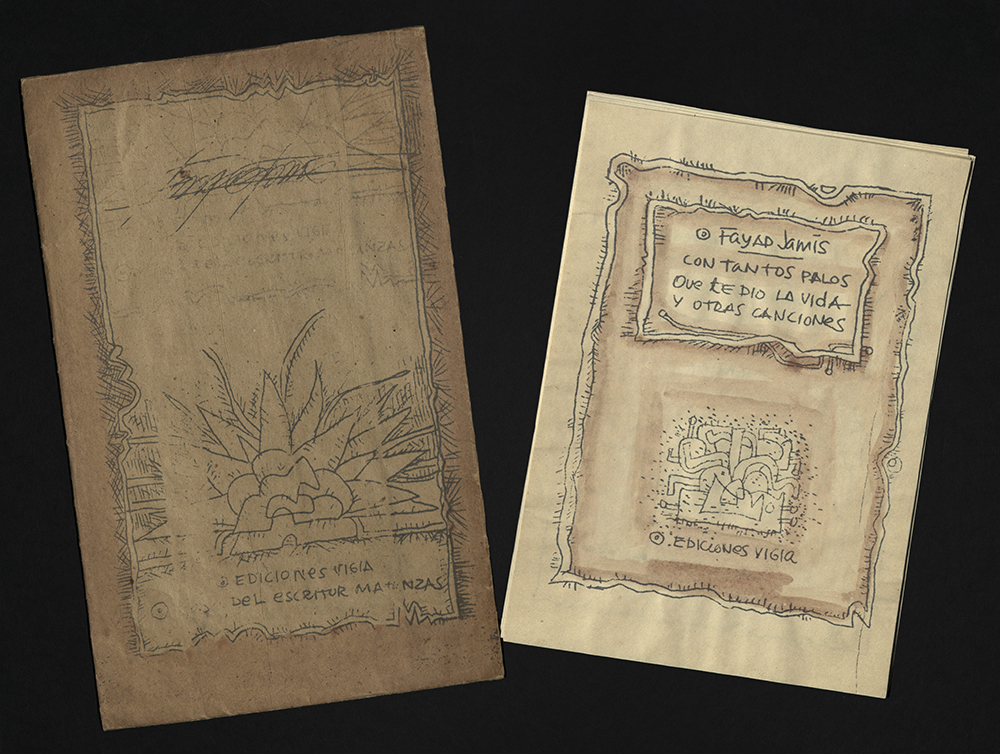 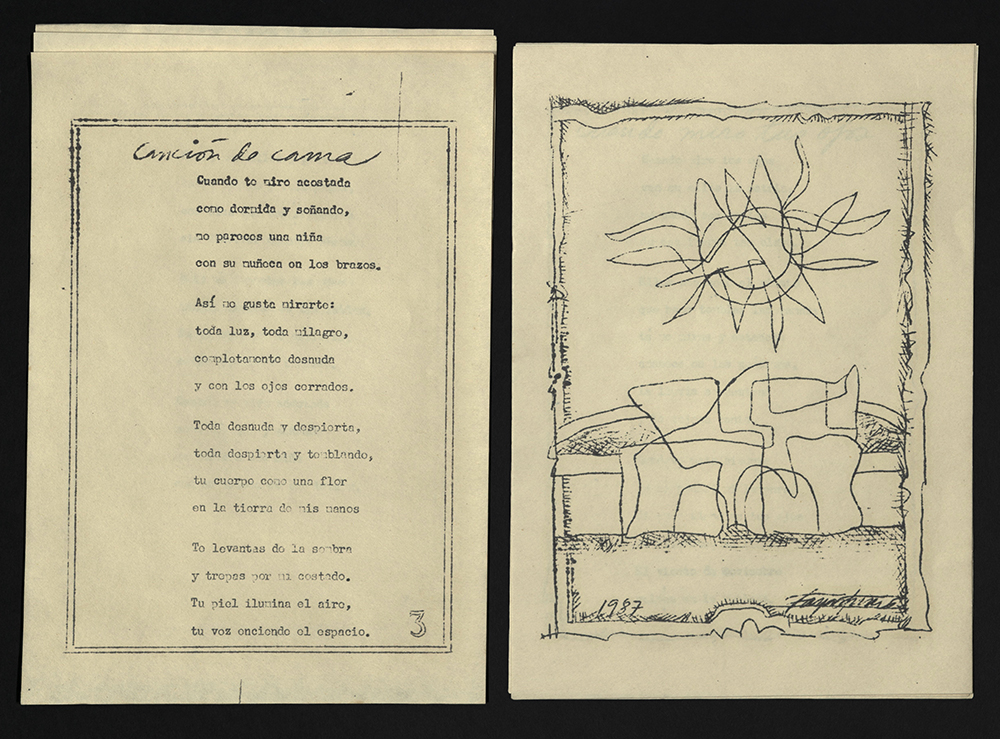 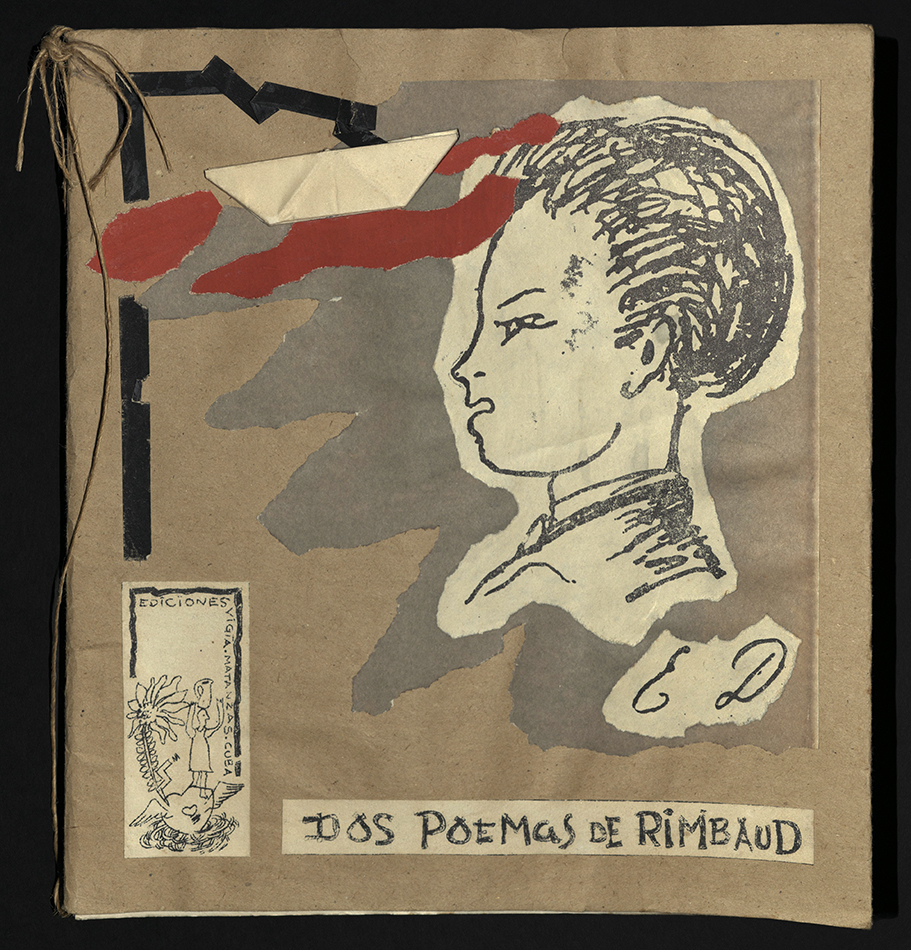 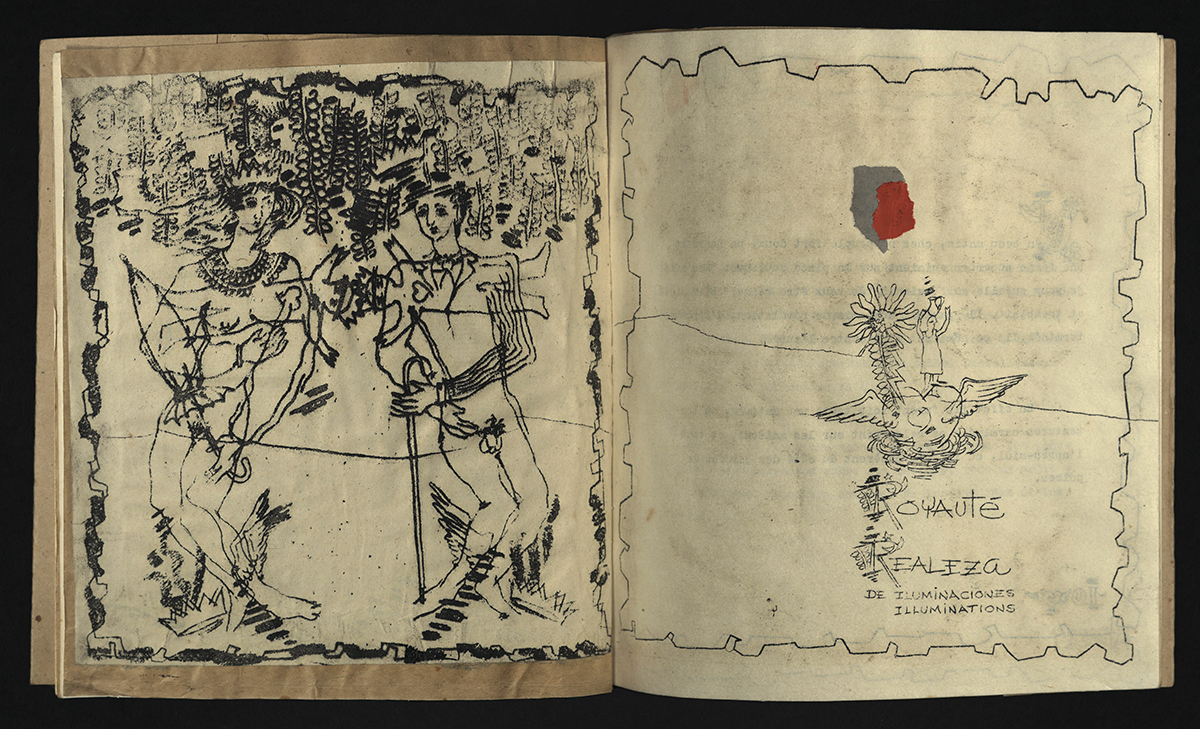 This was the climate in which Ediciones Vigía emerged in 1985, providing a welcoming place for the artists and writers who did not choose to leave the country. Quite miraculously, they were successful, despite the notable political, economic, and cultural unrest. La Casa del Escritor and the publishing house became a mainstay of acceptance and artistic exchange. A beacon of light, if you will. An image of a kerosene oil lamp became a relevant symbol for Vigía early on, as a literal expression of the blackouts that were occurring all over the island, and as a metaphor of the haven the collective represented. In an interview with Michigan Quarterly Review in 1994, Estévez explained the origins of the symbol:

“Spontaneously, we added the image of a kerosene lamp… a bright light that is a humble light, an intimate and familiar light. The kerosene lamp became a symbol for Vigía because I randomly placed the image on an invitation for a performance… After that, it became a symbol for Vigía, not really a logo, but a symbol, and it appears in all of our works.”

The success of Ediciones Vigía can be attributed to two main reasons. First, they remained mostly independent from Cuba’s Ministry of Culture (MINICULT), established in 1976 to be responsible for “directing, guiding, controlling, and executing the implementation of cultural politics of state and government” in addition to managing and distributing materials. Second, all those associated with the workshop — from editors to artisans — were volunteers, and neither they nor the writers received any kind of compensation, other than copies of the books that were produced. 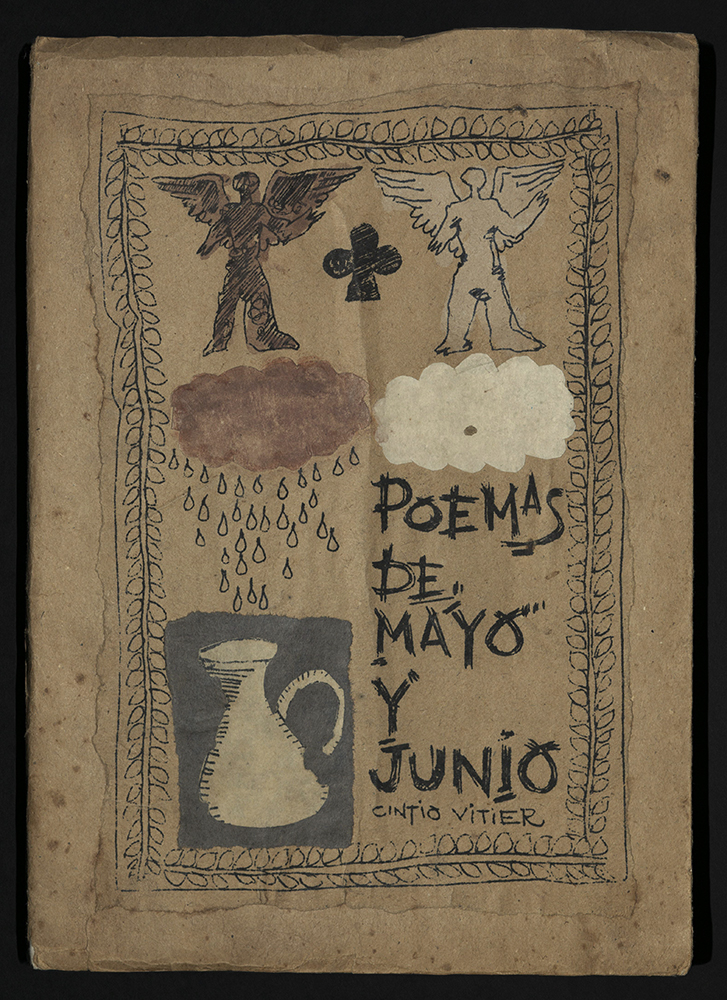 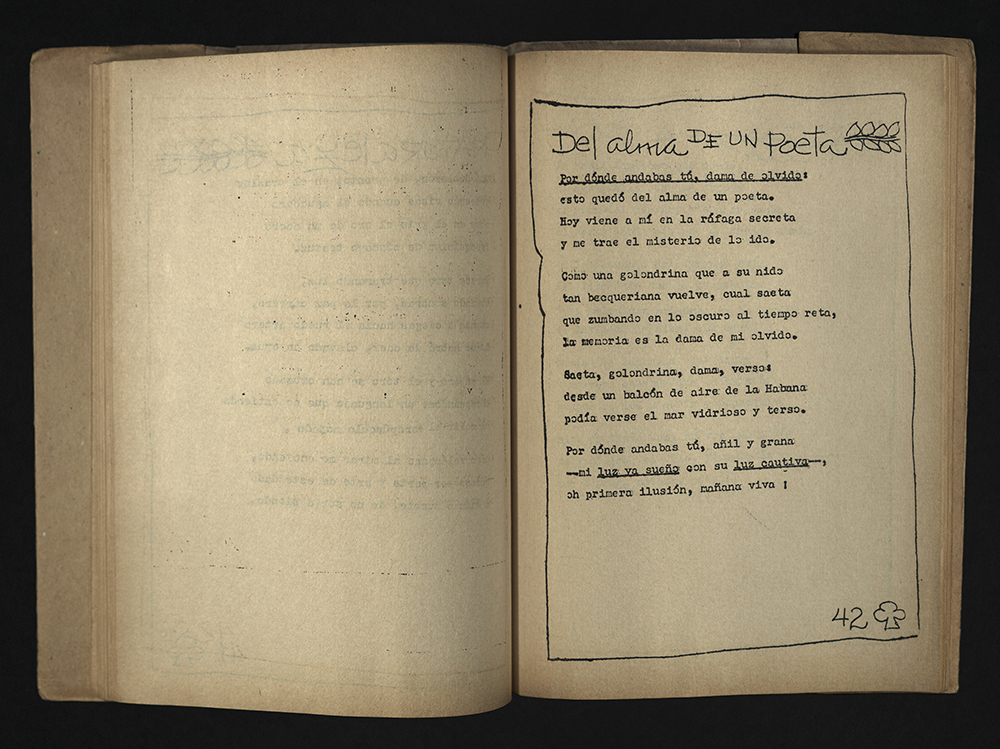 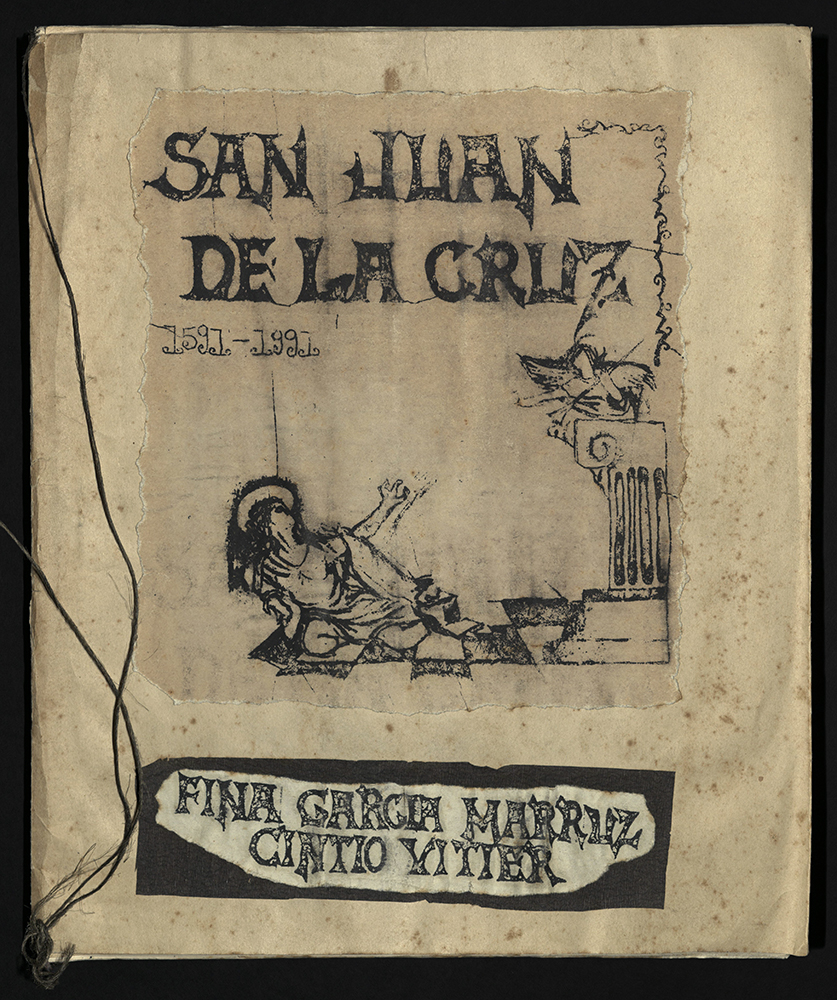 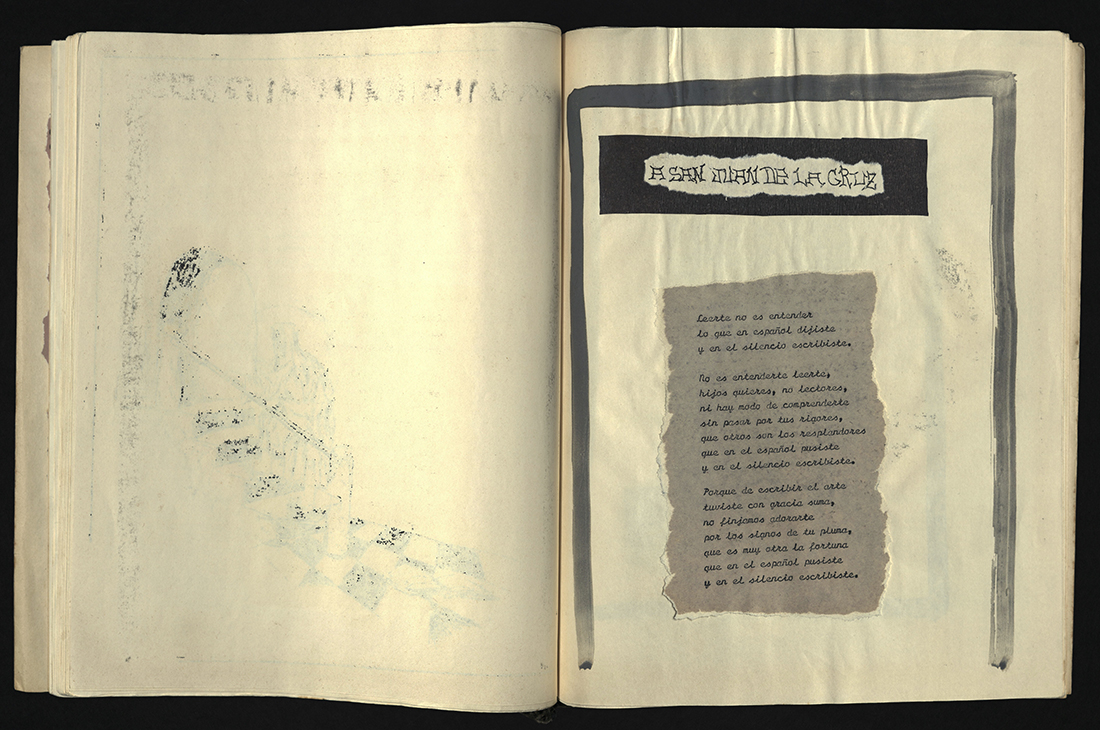 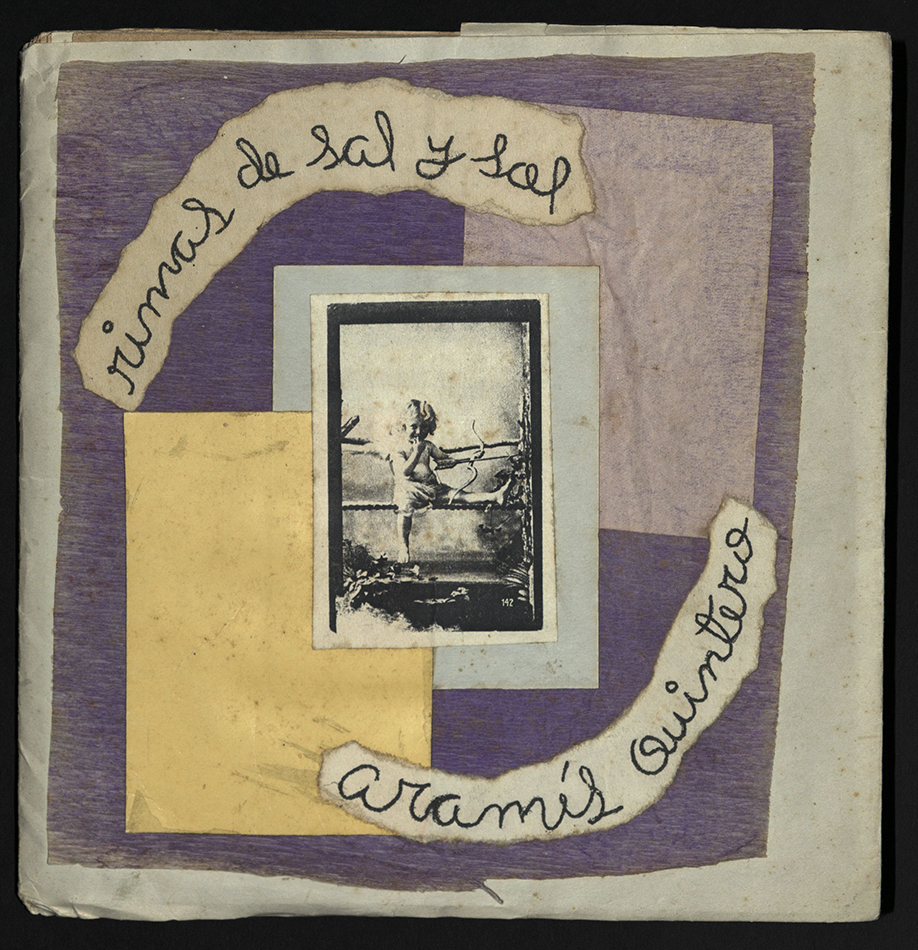 Limited to no more than 200 copies, each book is made by hand in the Matanzas workshop. The finished product results in individual objects that may feature the same text, form and general imagery, but might be distinct in artistic details. Copies of the titles are first distributed to the authors, designers, and artisans at the workshop, but are also allocated to libraries and book fairs. In addition, affordable copies are reserved for community members to purchase, ensuring that any title which comes out of Ediciones Vigía is distributed in an equitable and accessible way. Characteristic of all its publications is the combination of handwritten text and collaged images. This distinct aesthetic is explained by Zaldívar as such:

Ediciones Vigía emerged out of the need of a group of artists of the city to see their work, which they valued as literature, in print. We did not have a preconceived idea about what the volumes would look like. Our resources were scarce: a mimeograph machine that someone from a press was able to lend us, and a typewriter — also borrowed — because we owned neither. These are the only two machines we have used in the history of Vigía. More than anything, we use our hands and our imagination

The material product — the books themselves —  represent a direct connection with the Cuban people, whose resourcefulness during times of economic hardship have become national traits. Although the collective continues to use repurposed materials and inexpensive paper such as bagasse (made from sugar cane), today the books are created using a scanner and printer. From start to finish it can take between one to three months to finish a book, depending on the design and materials needed. Supplies such as acrylics and glue are harder to come by, and when the printer breaks, the entire workshop can fall into chaos. From the materials to the designs, the images and the text, each component of the book and its production connect to each other, to the volunteers at the press, and to the authors writing in some special way. 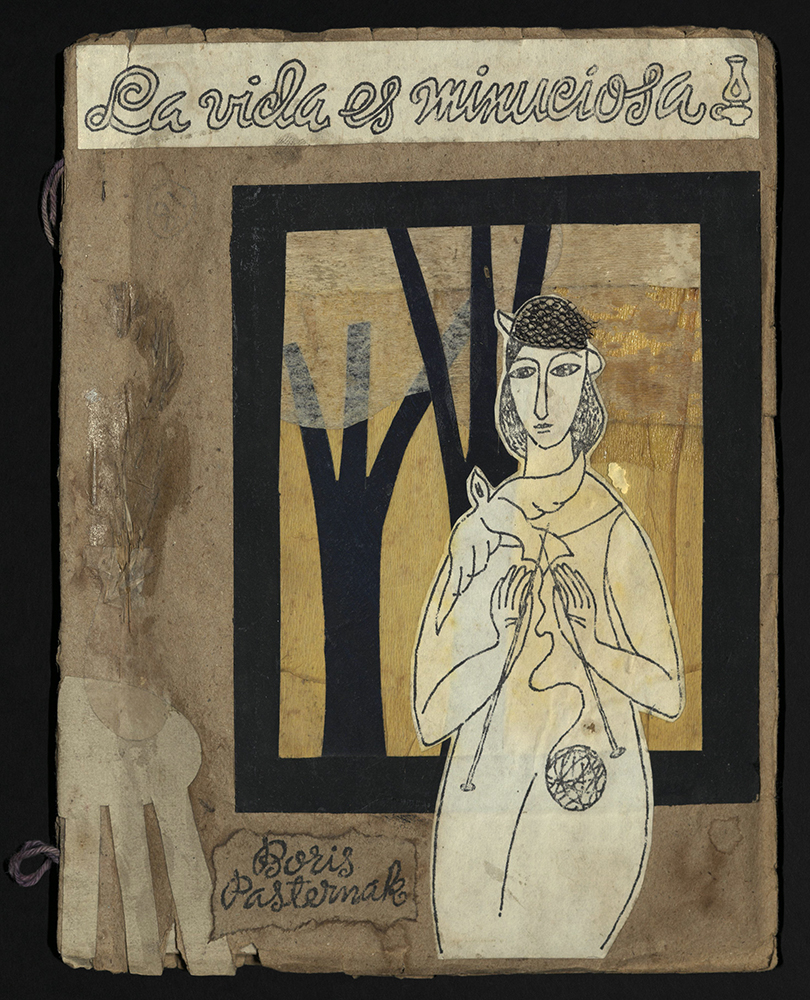 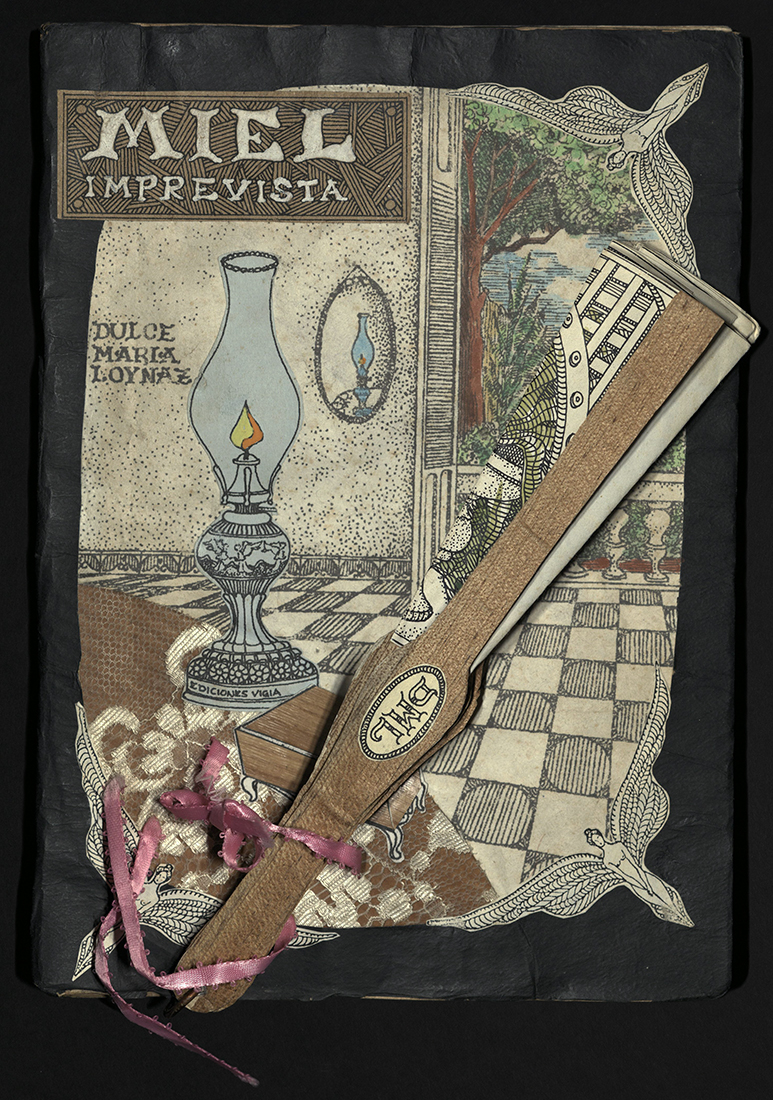 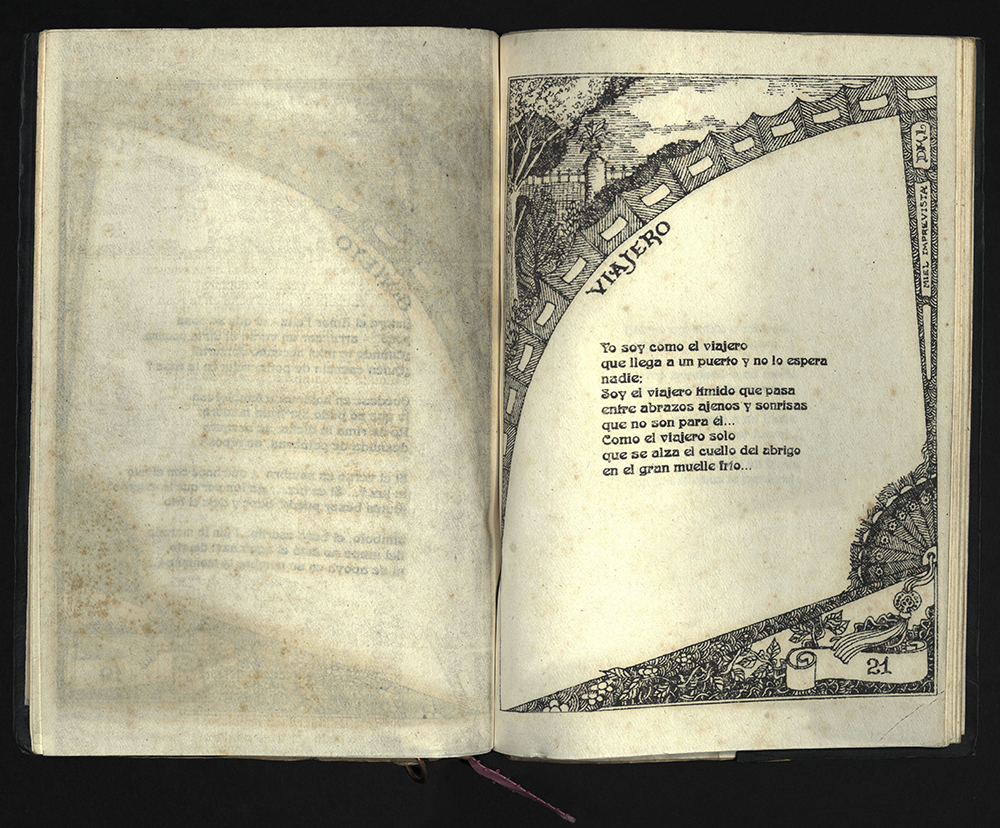 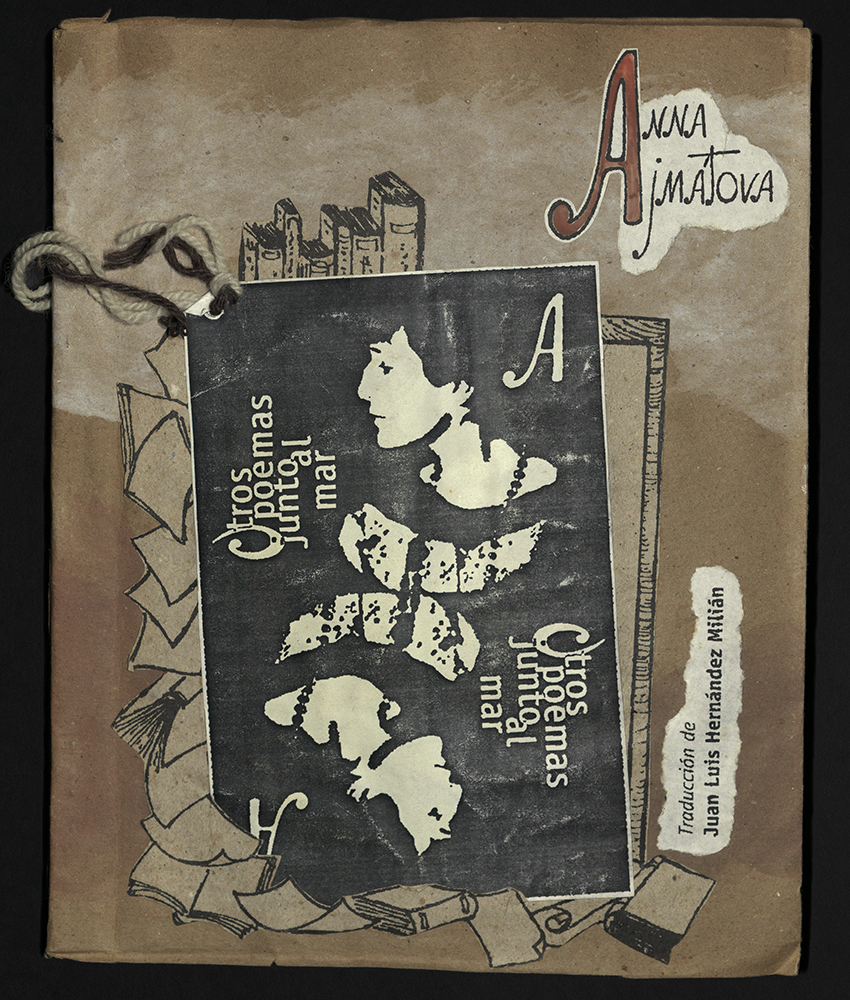 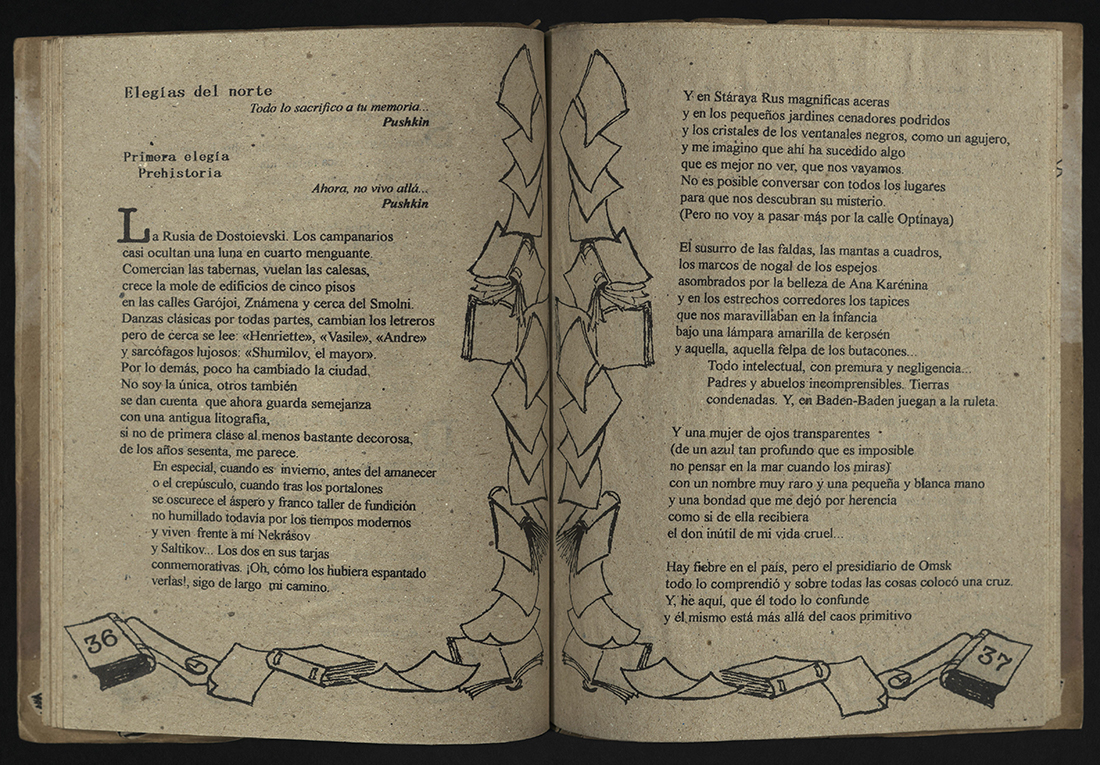 Early on Ediciones Vigía  focused on publishing books and poems written by Cuban authors, in order to increase the awareness and audience of national writers. Included in their bibliography are Cuban poets such as Nancy Morejón, Cintio Vitier, Fina García Marrus, Dulce María Loynaz, Roberto Fernandez Retamar, Natalia Bolívar Aróstegui, and Gastón Baquero, among many others. The press quickly expanded its collection and featured stories and poems by well-known foreign authors such as Boris Pasternak, Anna Akhmatova, Emily Dickinson, Gabriel García Marquez, Jorge Luis Borges, and Federico Garica Lorca. Now, Vigía also seeks to amplify the voices and talents of the younger generations of Cuban artists with the America Bobia contest, held every year. The America Bobia contest includes a cash prize and publication made by Ediciones Vigía.

During the 1990s, Vigía’s participation in the Guadalajara Book Fair in Mexico grew its recognition to an international audience. Today, issues from Ediciones Vigía can be found among private collections throughout the world, as well as in major museums and institutional libraries such as ours. Their publications are prime examples of the ways in which books can be simultaneously simple and complex. From the images and text, down to the very process of manufacturing, Ediciones Vigía shines a light on centuries of Cuban history and tradition. 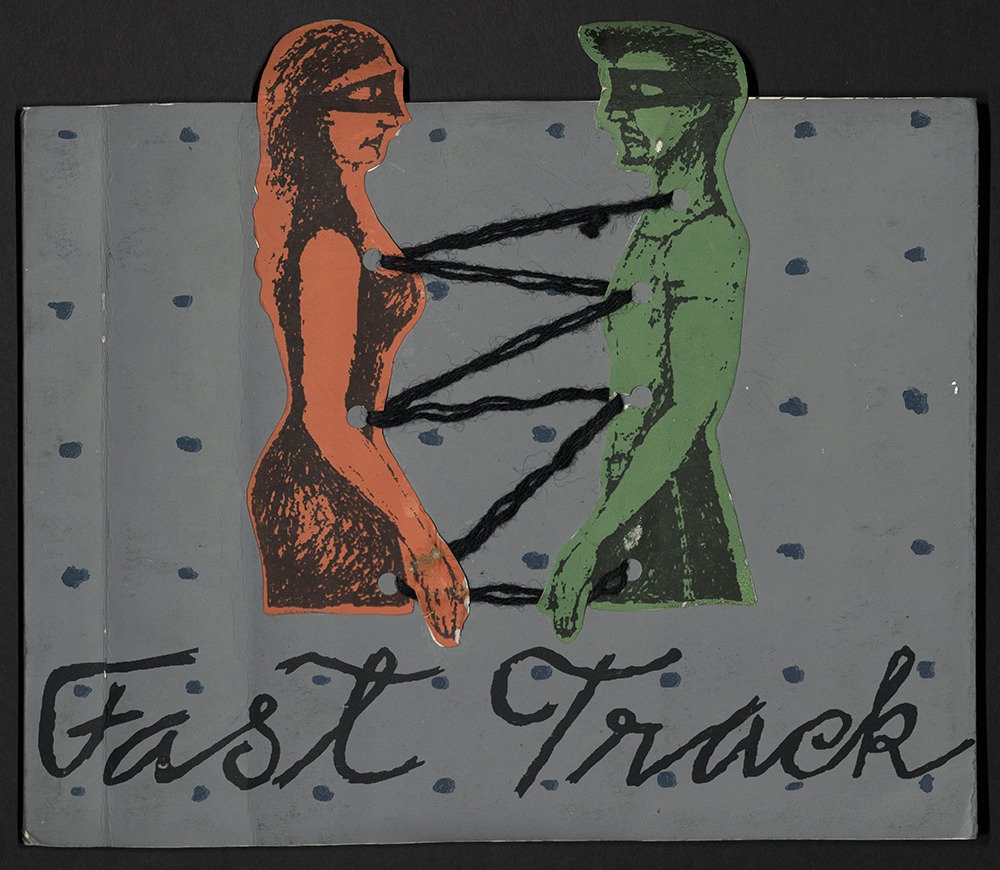 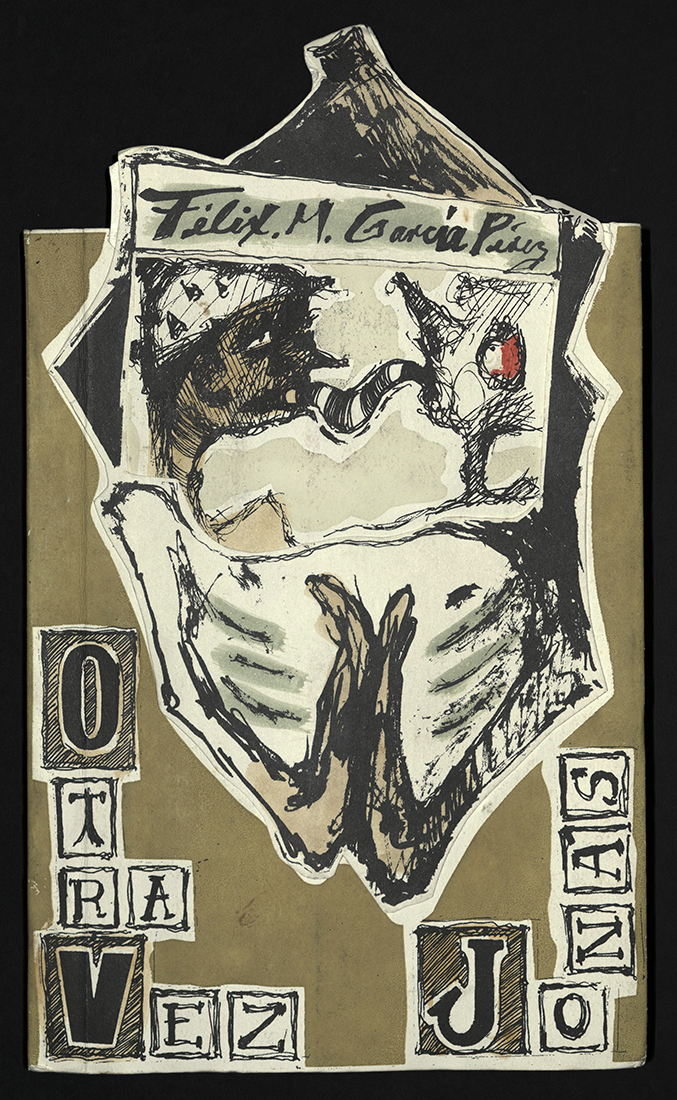 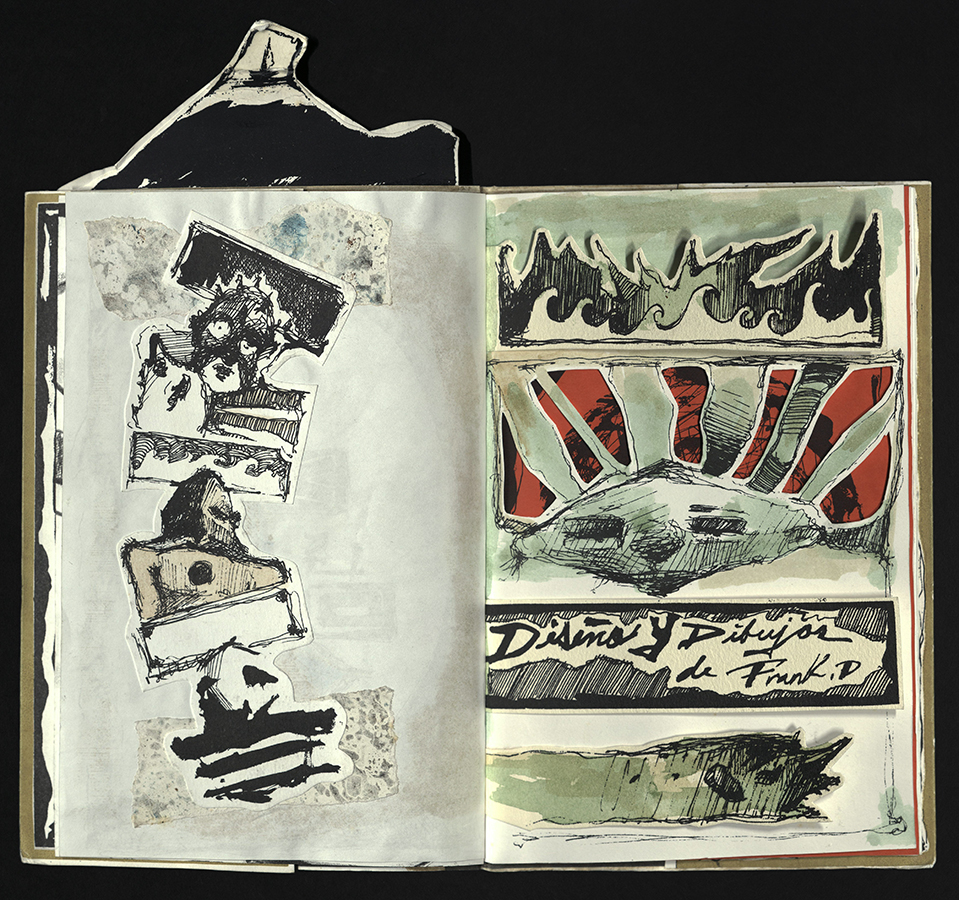