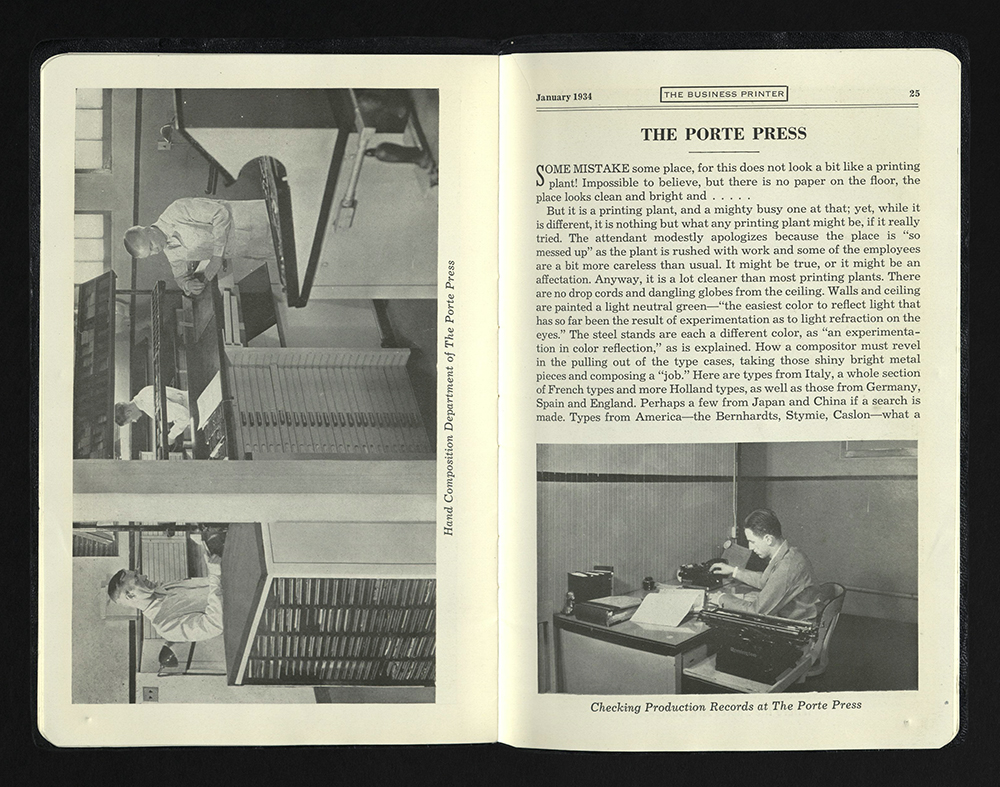 “Printing is the
Inseparable
Companion of
Achievement” 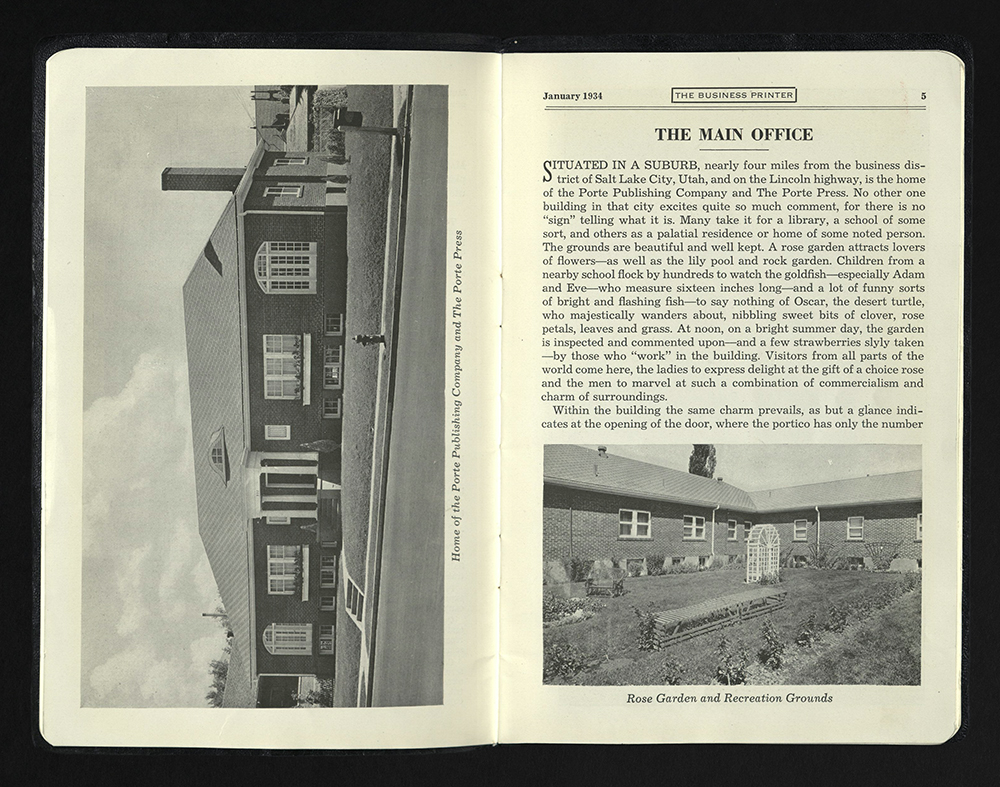 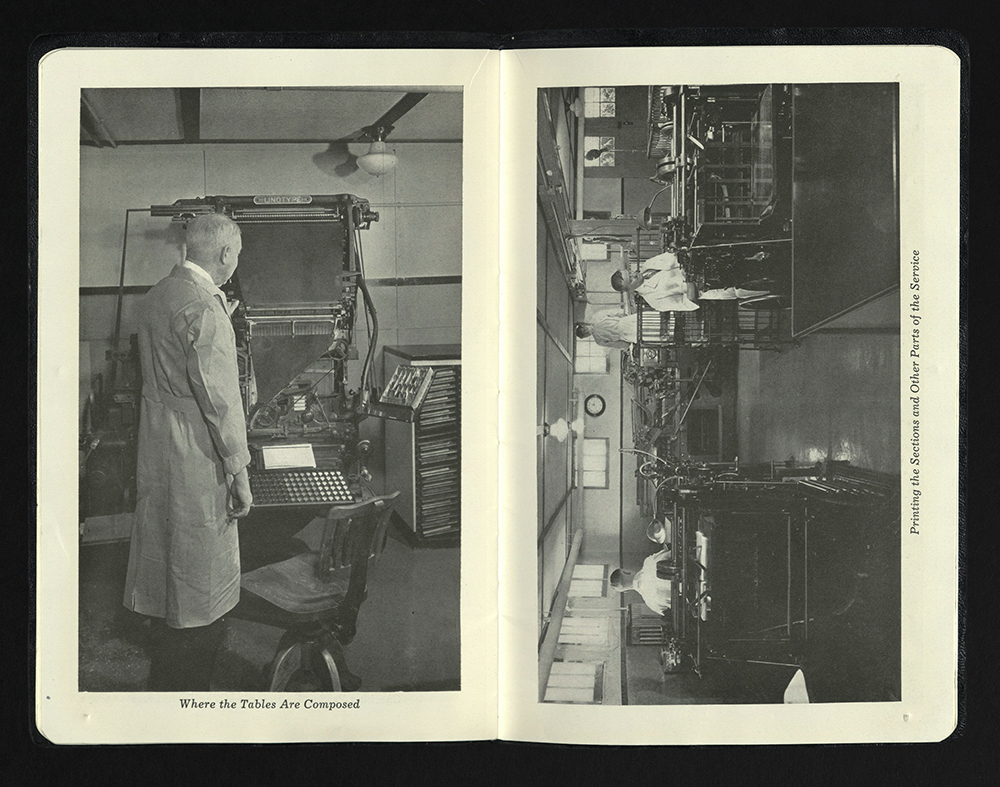 Roy Trewin Porte was born on May 8, 1876 in Woodstock, New Brunswick, Canada. When he was just five years old he moved to the states with his widowed mother, settling in Casselton, North Dakota. Porte’s mother likely did not know that the hand press she kept in her home would become the catalyst to his successful and international career in the printing business. What started out as small printing jobs from home quickly became legitimate work at a newspaper shop, at the ripe, young age of fourteen. By the time Roy Porte was eighteen, he had become known as the “boy editor” of Hunter, North Dakota, where he established The Herald, and ran it from 1894-1897. Porte later traveled to Fargo, and opened up a commercial printing shop there — becoming among the first to do so.

His mastery of printing and his knowledge of cost finding led to his appointment as secretary and cost expert of the Commercial Printers’ organization in Cincinnati, Ohio. In this role, he traveled widely as a lecturer on the topic of printing costs. In July 1916, Porte found himself in Salt Lake City, Utah to assume the position of secretary of the Ben Franklin Club. One year later, he published the first edition of the Price List, which later became well-known as the Franklin Printing Catalog. The success of the Price List was immediate, and in 1924 the Porte Publishing Company was established to continue publishing the catalog. 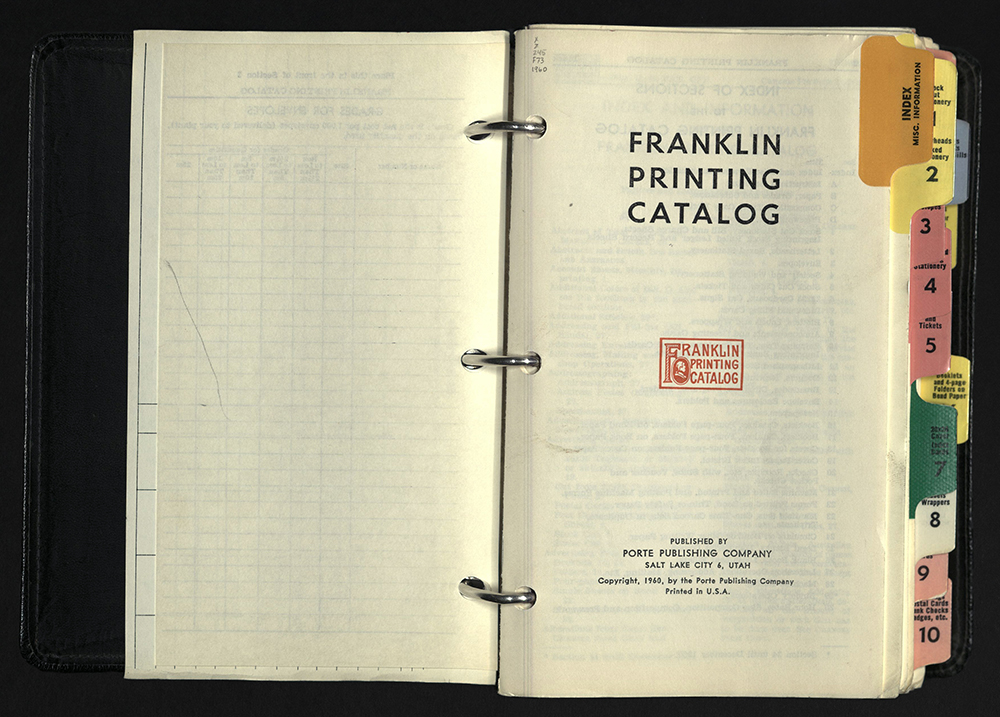 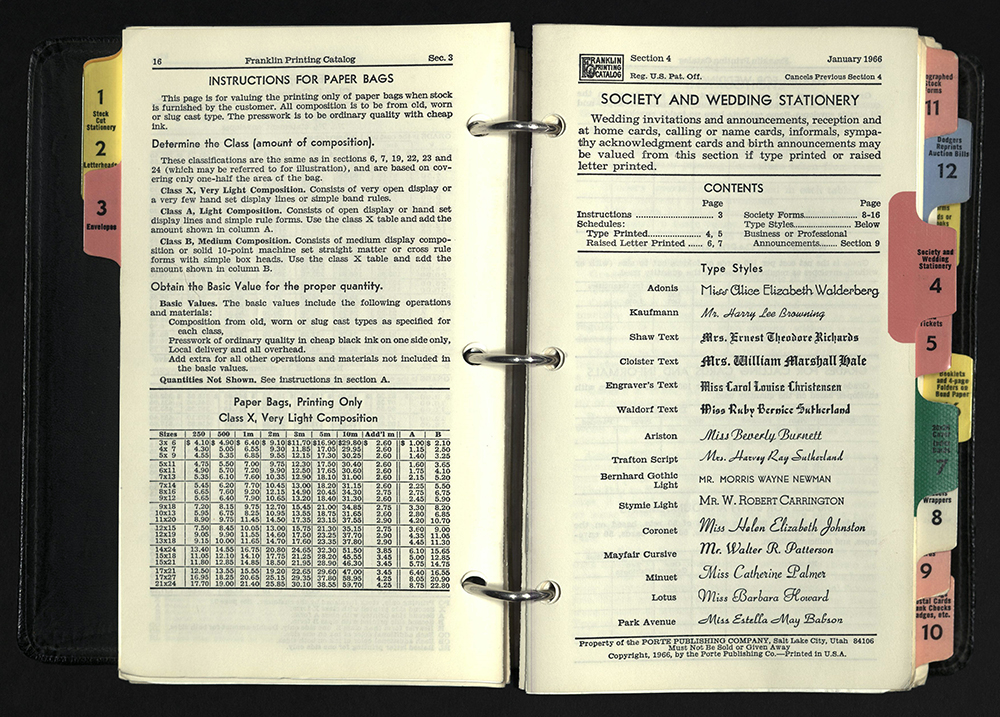 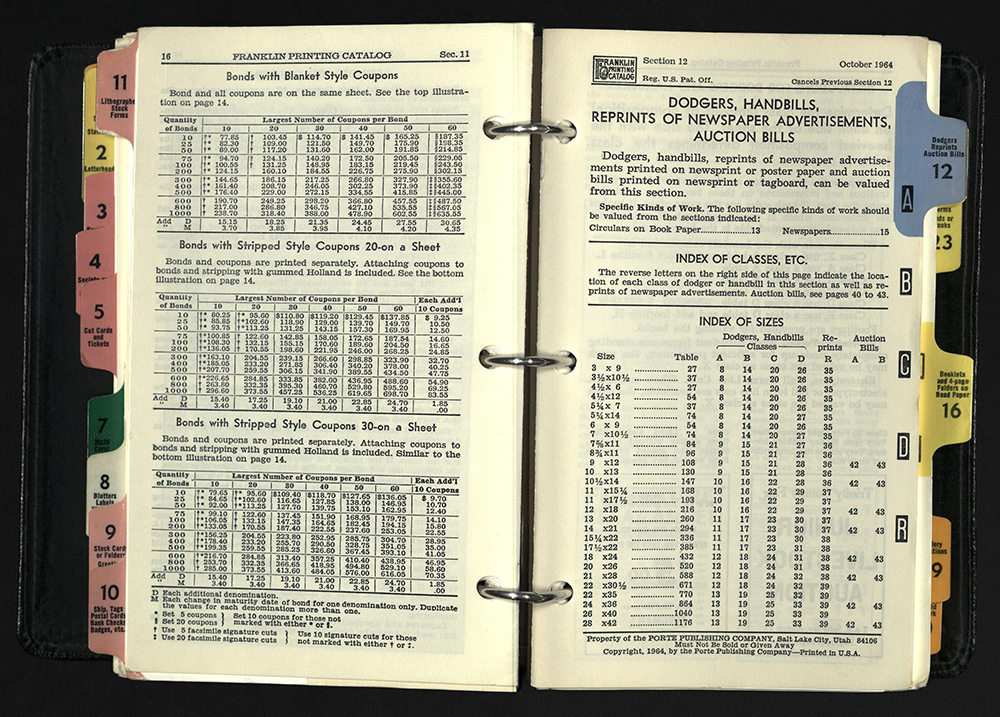 The advent of a convenient, complete, and mathematically accurate Selling Price List for products of the printing office was revolutionary, finally making the business of printing profitable for small and medium printing offices. Porte, however, did not settle on the Price List alone. He went about publishing a variety of articles on his “Practical Cost System” to further assist others in gaining financial independence. Each subscriber to the Franklin Catalog also received The Business Printer, a monthly journal that shared tips and tricks for getting more business, understanding production costs, and ensuring the efficiency in all departments, including employees and administration in both shop and office. The Business Printer was not sold separately and could only be obtained by subscribers that paid in advance. 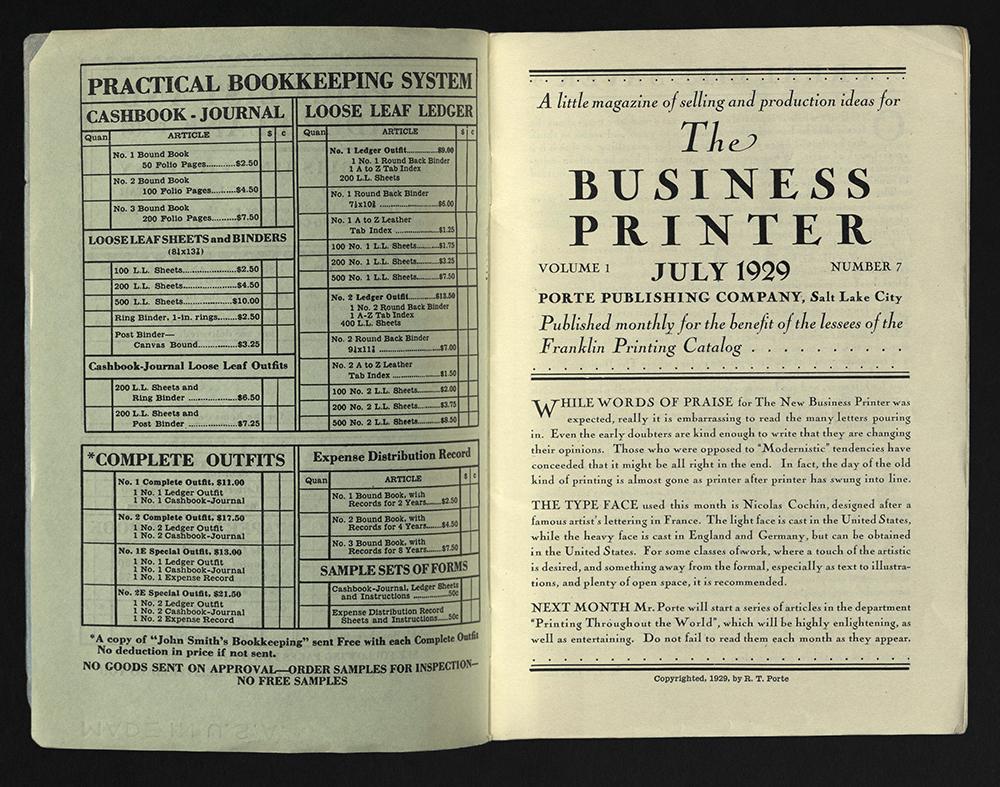 First printed while he was head of the Porte Printing Company in Fargo, North Dakota, The Practical Cost System was just one of many works published on the topic of running a successful printing business. A second, revised edition was printed in 1920, and from there several other titles, some even classified as “fiction.” Many of these tales came from personal experience; some were gathered through the confessions of others, but all attempted to entertain and encourage those in the business of printing. Stories found in The Printers of Chiapolis (1922) and John Smith (1924) were originally serialized in The Inland Printer — a trade journal for the booming printing industry, and the first American magazine to change its cover with every issue.

Porte became internationally known as an expert on printing costs. His published works were translated into foreign languages and used abroad, while Porte himself traveled widely — speaking before printing organizations and aiding in humanitarian efforts. In addition to being passionate about the printing business, he was also taken by the different printing cultures and histories. Printing Throughout the World (1928) follows Porte on his trip to several different countries, connecting with leading printers and learning of the printing practices in those countries. In the introduction to the later hard-cover edition, published in 1929, Porte acknowledges that his writing may include mistakes, noting “nothing contained in the pages that follow should be considered as a review or a thorough description of printing conditions in the countries I visited — far from it. What is written is just observations, personal contacts, and general impressions immediately after visiting each port, and while fresh in the mind.” 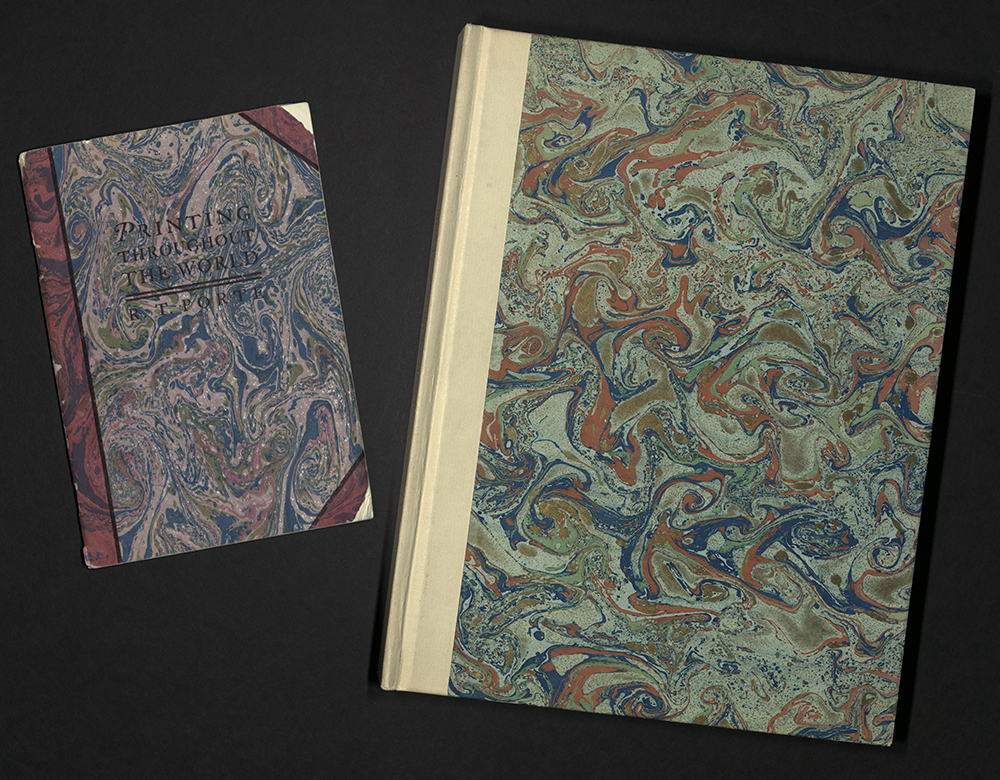 He continues, “Some two years after the trip, what stands out in my mind most are the hundreds of personalities I encountered, who have since become my friends. I visited most of them but a short time, and frequently under the difficulties of language […] The friends I met spoke anything from Sanskrit to broad English. Despite this, we all spoke one language — that of printing.” As a result of this trip, Porte kept in communication with leading printers all over the world. Some of that correspondence can be found in the Porte Publishing Company records, located in the Manuscripts department of the J. Willard Marriott Special Collections division; while photographs from his travels are kept in the Porte Publishing Company photograph collection. 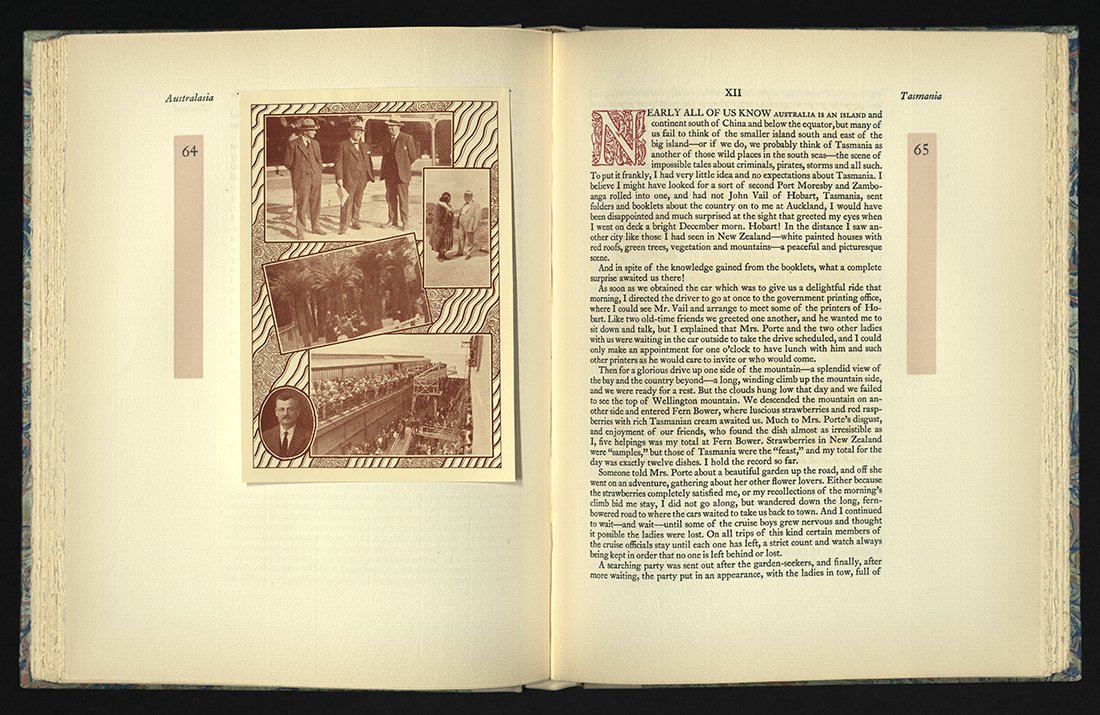 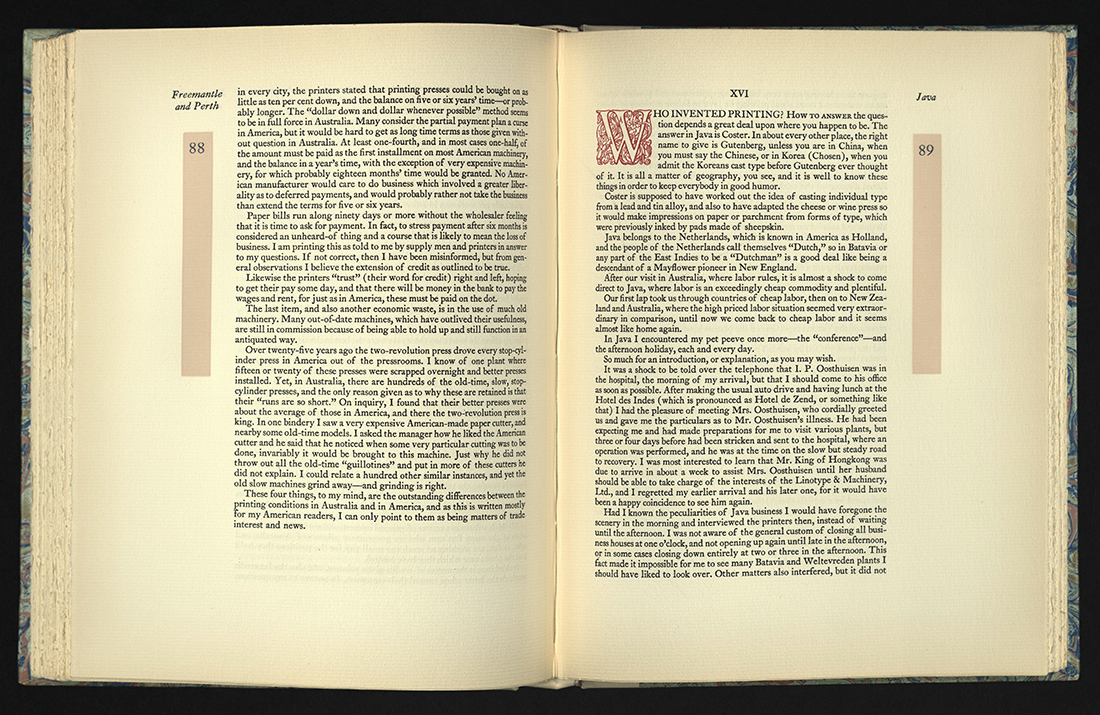 Porte’s travels took him to countries in Europe, Latin America, the South Pacific, Far East and Middle East. Perhaps it was this trip which inspired him to publish his own edition of Edward FitzGerald’s translation of Omar Khayyam’s Rubaiyat. In the publisher’s note, Porte describes himself as a disciple of Gutenberg, believing that “a printer once a year ought to print something as he desired it, without thought of profit.” His Rubaiyat was made in this way, with 486 copies printed by Christmas Day in 1932. The colorful treasure was printed for his friends, “may they have as much happiness in possessing this book as it has been for me to print it.” 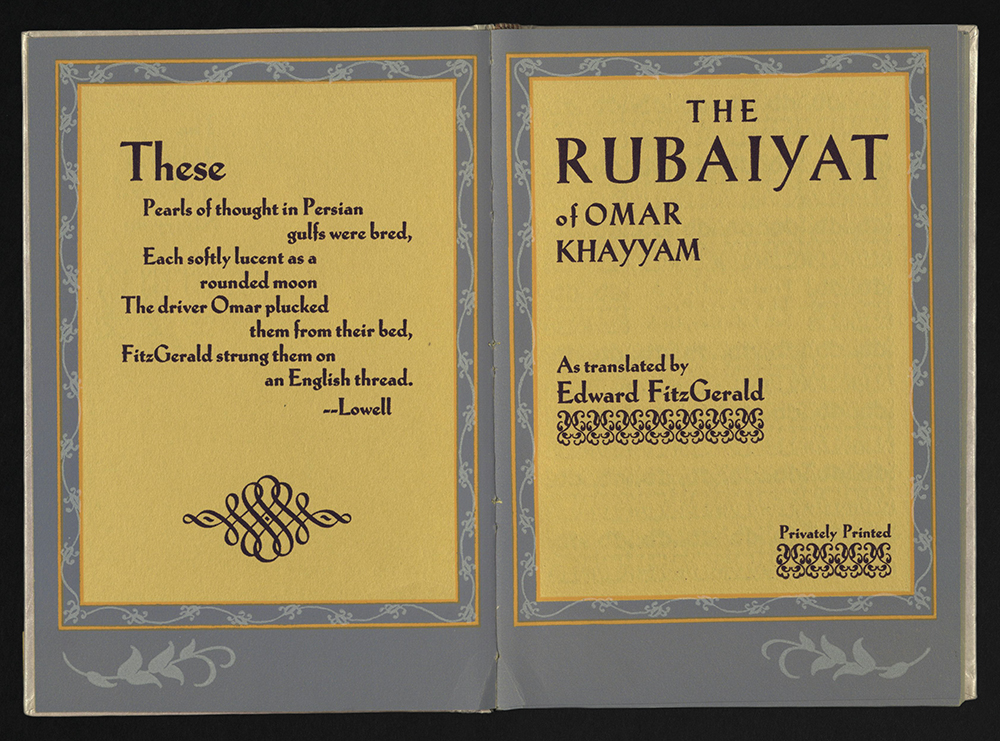 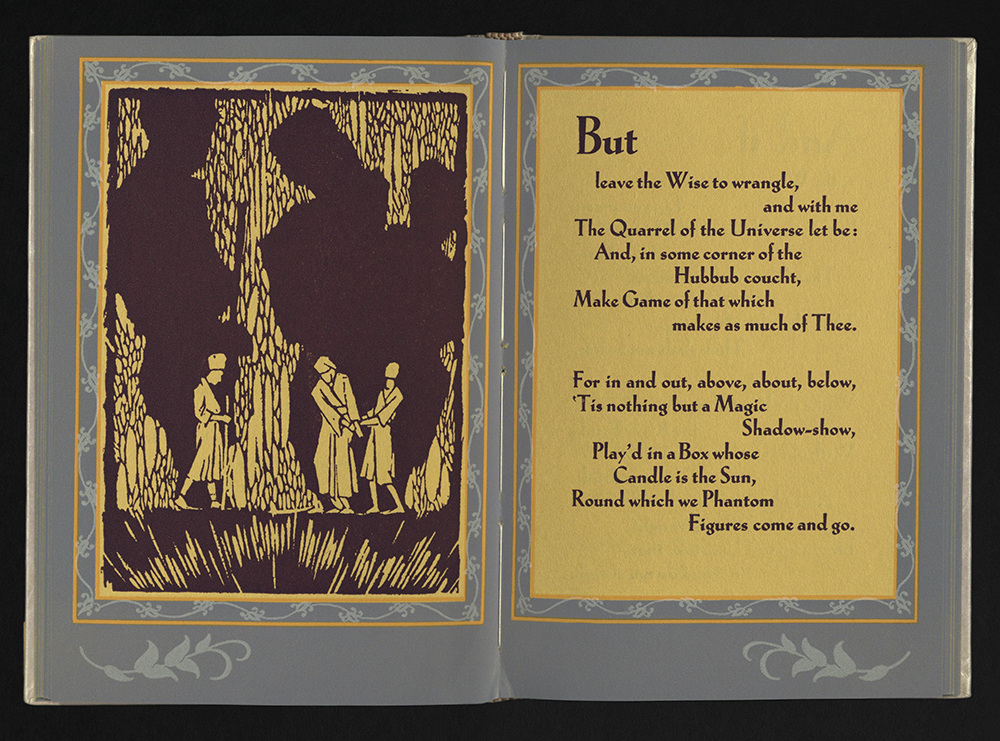 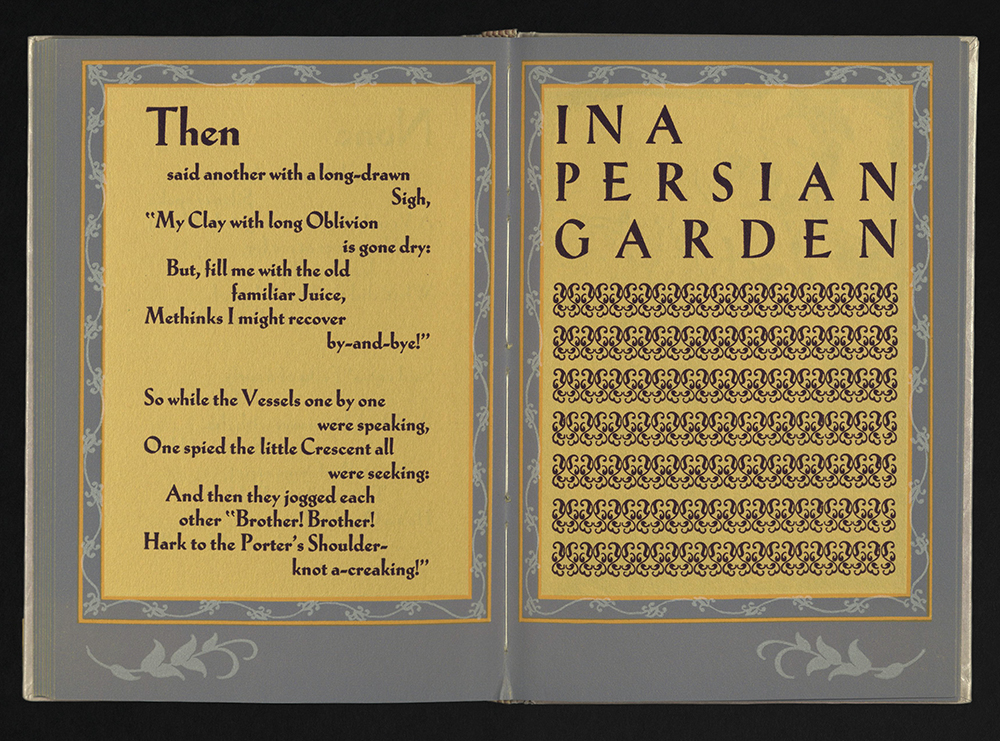 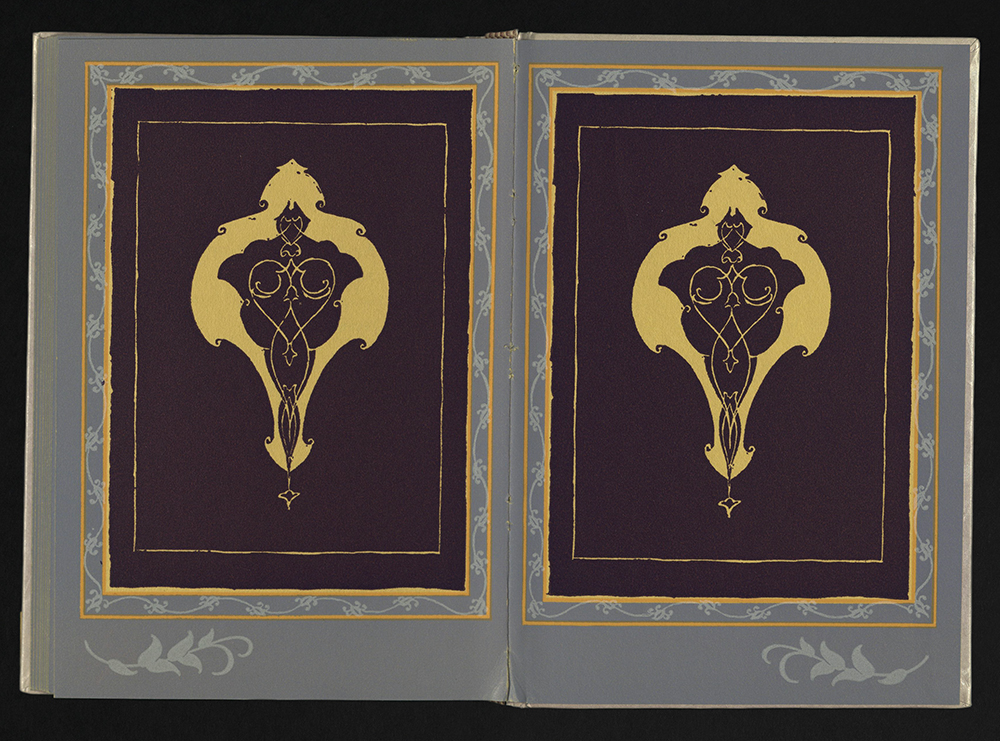 Roy Porte passed away on July 21, 1936, after suffering a long illness. He was company president, honorary member of the Utah Press association, and author of dozens of books, pamphlets, monographs, articles, and lectures, in addition to being an avid collector of rare books and printing samples from all parts of the world. Upon his death, the workers of the Porte Publishing company were included in his will and received one-third of the estate, sharing in dividends from capital stock and a share of sale. The company, located in Salt Lake City on 952 East and 2100 south since 1924, continued on for another two decades before finally shutting its doors. A memorial edition of The Business Printer — the final issue, printed in September 1936 — featured written tributes from friends, family, colleagues, and contemporaries.

To the record of a man whose private life is of public benefit, finis is not written at the moment of his passing. If his work has been good, painstaking, thorough and enthusiastic, his influence carries on, so that no one can name the day when the record of his achievements may be called a closed book.