The Rare Books Department invites you to view its most recent virtual lecture, Historyes of English. 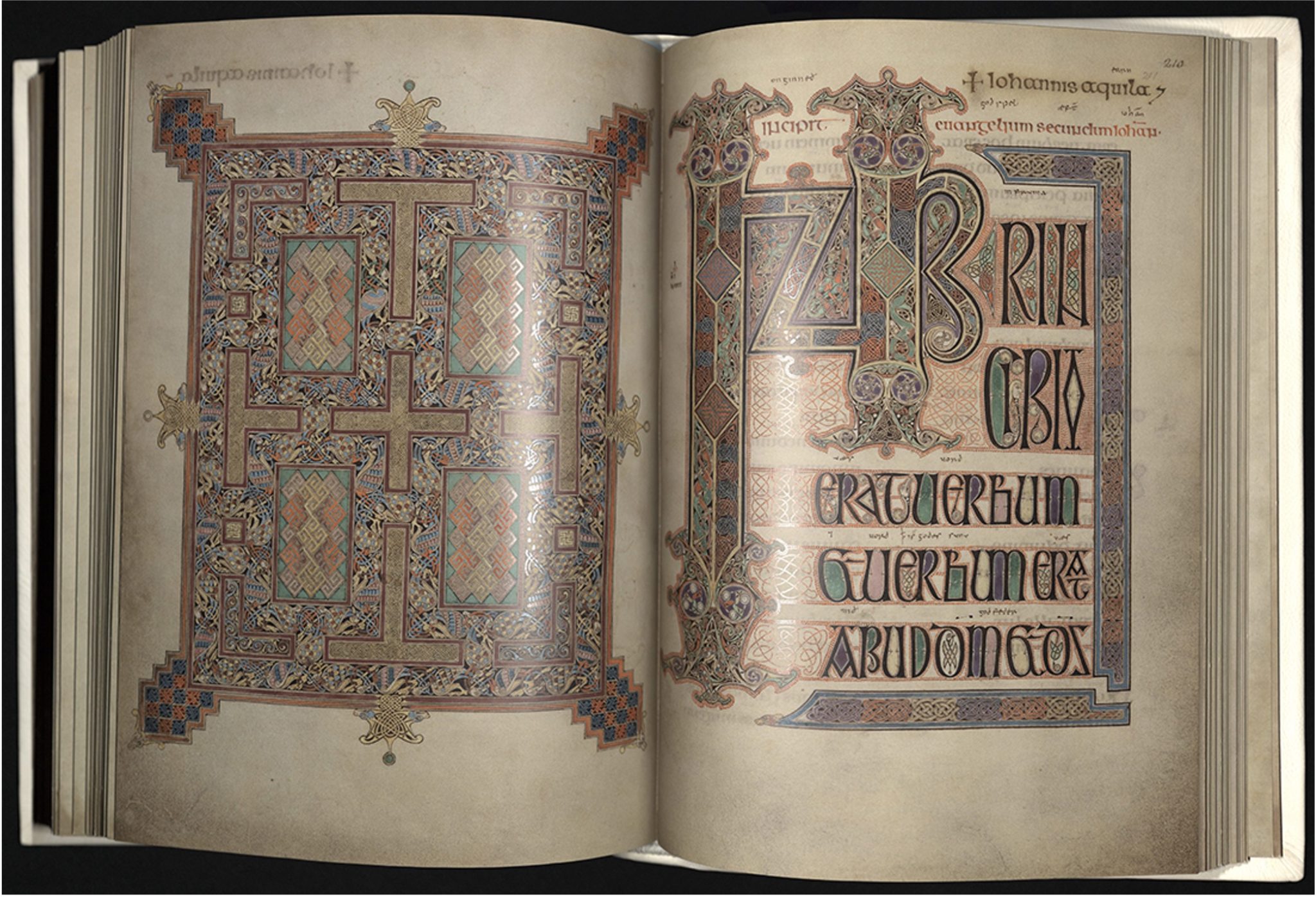 Early manuscripts from western Europe can help us trace the histories of the English language. From these illuminated pages, we can see the integration of Irish, Anglo-Saxon, Anglo-Norman, and German cultures. Books such as the Lindisfarne Gospels shed light on the themes and motifs that came from Mediterranean sources, and how they were combined with Celtic ornamentation and decorations native to the Germanic tribes themselves.

Nearly two hundred years after the completion of this production, interlinear translations in Old English were added by Aldred, Provost of the community of St. Cuthbert. These translations represent the earliest known version of the gospels in any form of the English language. 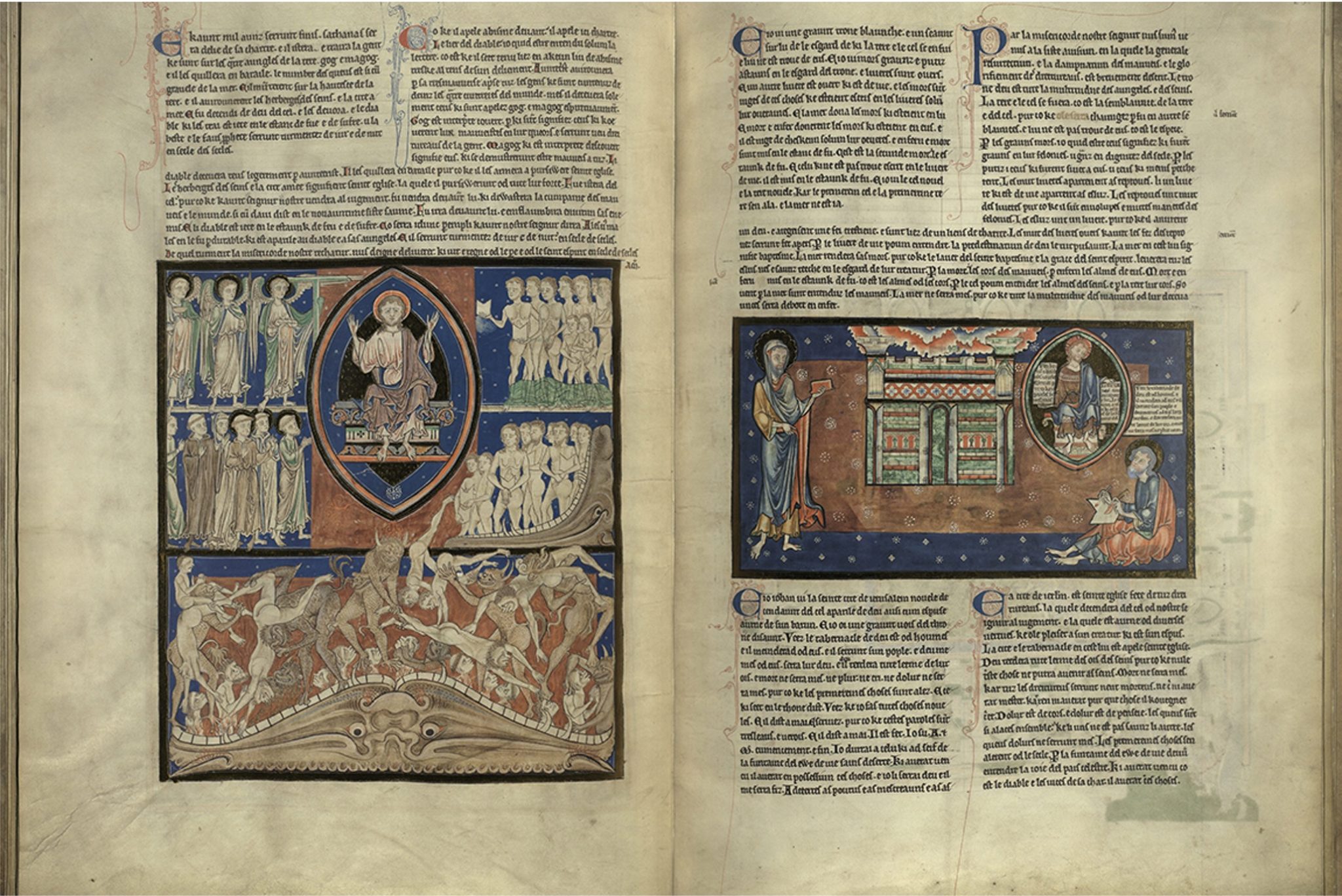 As the cultures and languages evolved and integrated, so too did the production of books. The stylistic traditions began to shift from the Hiberno-Saxon to the Romanesque and then to the Gothic by the latter part of the 12th century. The Trinity Apocalypse, named for its repository, the Trinity College Library in Cambridge, is an exceptional example of the early Gothic, with its tall, thin figures and voluminous patterned drapery with expressive gestures and faces. Arguably the finest of the English illuminated Apocalypses, it represents a unique specimen in that it is written entirely Anglo-Norman French, and has no known direct copies. 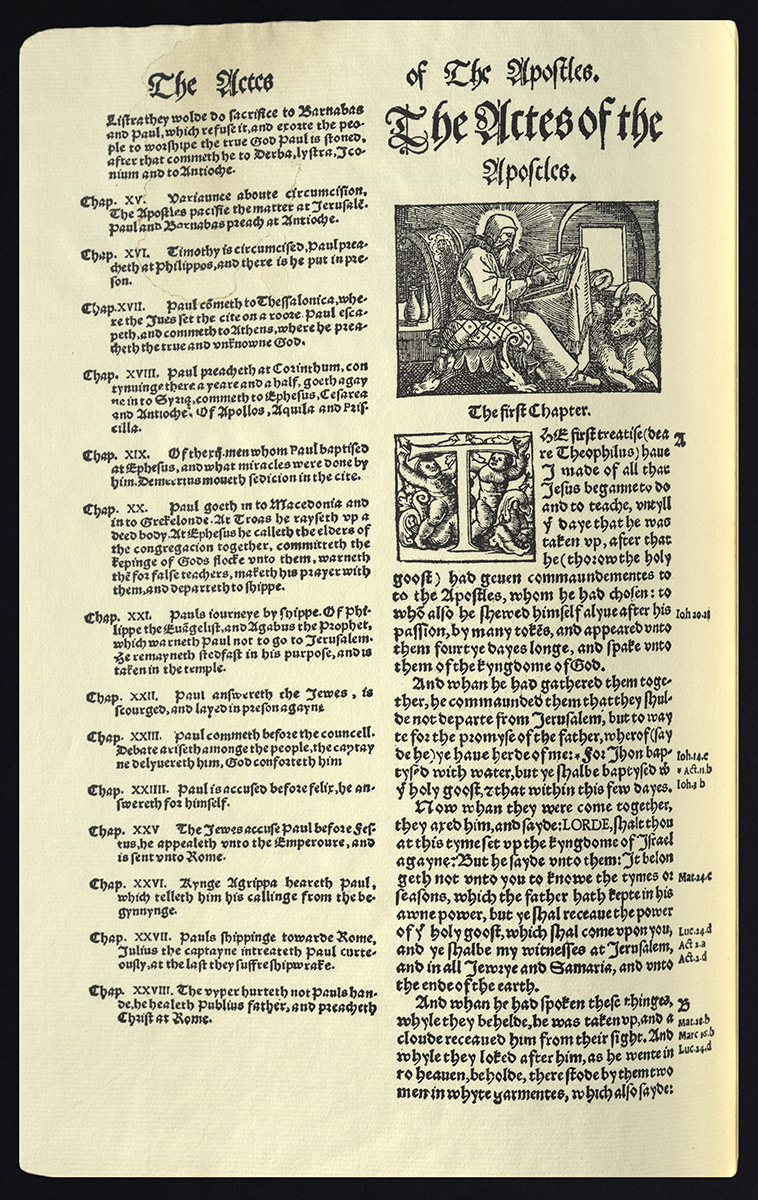 The histories of English can be further traced into the age of the printing press. However, from the Gutenberg Bible of the mid-fifteenth century, it would take nearly one hundred years for the first complete Bible in English to be printed. The first edition of the Coverdale Bible was created by Miles Coverdale in 1535. In all, more than twenty editions of the Coverdale Bible were printed within eighteen years.

By the seventeenth century, English printing suffered under the heaviest restrictions. The Star Chamber Decree of 1637 limited the number of licensed printers was just twenty. But despite these circumstances, books in England were still turned out in good numbers. In the first quarter of the seventeenth century, the two most often printed books in the English language appeared: the King James version of the Bible and the First Folio of the Shakespeare plays. Included in that First Folio Love’s Labour’s Lost. Full of sophisticated wordplay, puns and literary allusions, Love’s Labour’s Lost includes the longest scene and the longest speech in all of Shakespeare’s plays, as well as the longest single word, honorificabilitudinittatibus.

But the English language is not without its own linguistic diversity. Dialects, accents and hybrids of English can be found within books across the centuries. With such books, we are able to trace not only the origins of English grammar, spelling and vocabulary, but also understand the complexity of an ever-evolving language. How will our English histories continue to evolve? Will our digital and virtual worlds and words begin to influence how we speak and how we write?