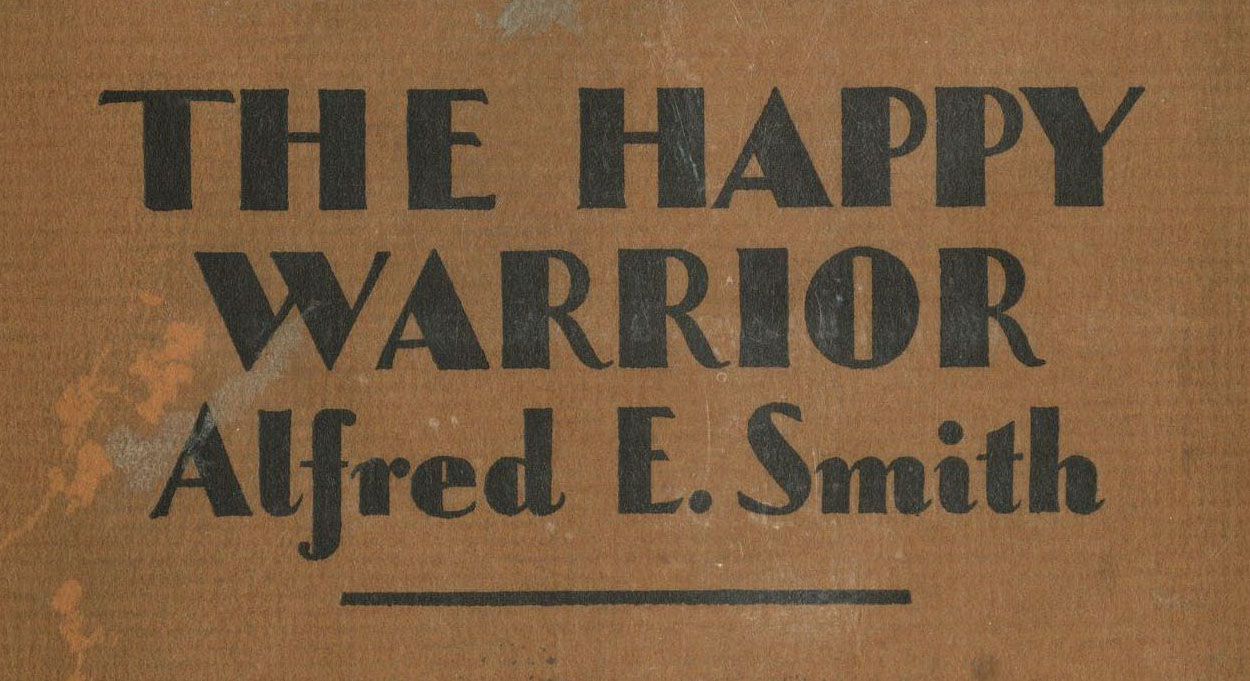 27 Jun Book of the Week: The Happy Warrior “Upon that law as on the best of friends;
Whence, in a state where men are tempted still
To evil for a guard against worse ill,
And what in quality or act is best
Doth seldom on a right foundation rest,
He labours good on good to fix, and owes
To virtue every triumph that he knows:
—Who, if he rise to station of command,
Rises by open means; and there will stand
On honourable terms, or else retire...”
— William Wordsworth

This is Franklin D. Roosevelt’s second book, written about New York governor Alfred E. Smith (1873-1944) and published the same year the four-term governor made an unsuccessful bid for the presidency. The book, published on 18 September, features Roosevelt’s speech nominating Smith at the 27 June 1928 Democratic National Convention. Roosevelt praises Smith’s leadership after describing the type of man needed for the job: “We must, first of all, make sure that our nominee possesses the unusual qualifications called for by the high office of President of these United States. Mere party expediency must be subservient to national good.” The publication, however, marked the beginning of a rift in their complicated friendship. Failure to capture the nomination led to a break with Roosevelt, who went on to succeed where Smith failed. Roosevelt became the 32nd President of the United Stated in 1933. Roosevelt likely took the title for this book from a well-known poem composed in 1906 by Englishman William Wordsworth: “Character of the Happy Warrior,” modeled after Lord Nelson. Rare Books copy is gift from Dr. Ronald Rubin.