Join the University of Utah and the Tanner Humanities Center for the latest Author Meets Reader series, featuring Joy Harjo — an internationally renowned performer, inspiring woman, and writer of the Muscogee (Creek) Nation, who is currently serving her second term as the 23rd US Poet Laureate. Harjo will be joined by Katharine Coles, former Utah Poet Laureate and distinguished professor of English, on Thursday, October 6, 7:00 p.m. at Kingsbury Hall. 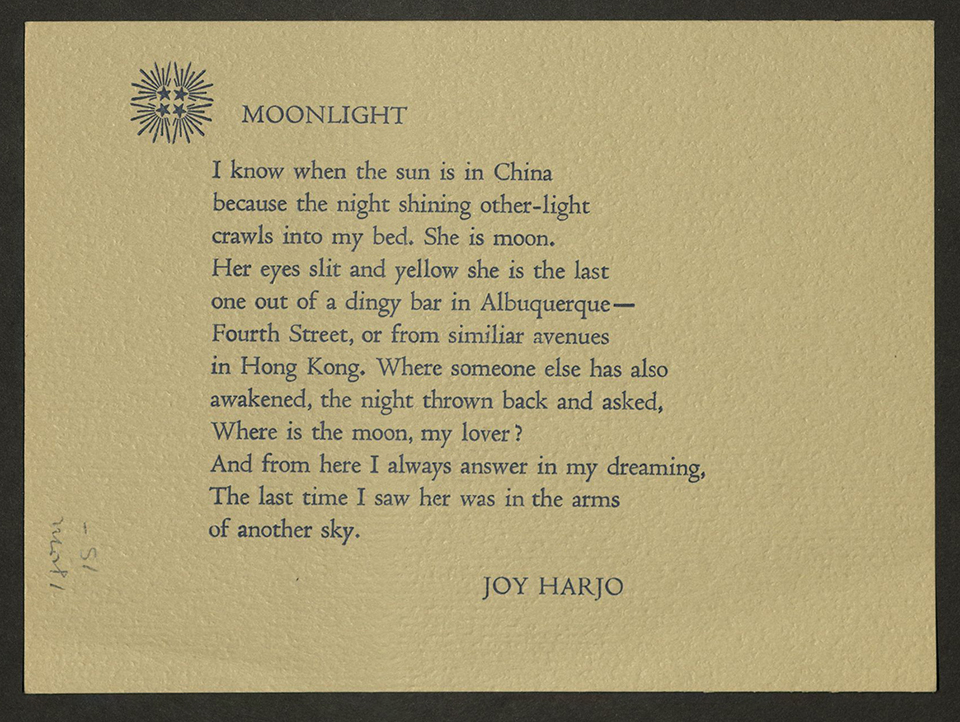 Joy Harjo has been an important figure in the second wave of the literary Native American Renaissance since the latter part of the twentieth century. She is not only an author of poetry, non-fiction, plays, and children’s literature, but also has traveled the country and the world as a musician and educator. Since 2019, Harjo has been serving as the United States Poet Laureate, with her signature project titled, “Living Nations, Living Worlds: A Map of First Peoples Poetry,” — a digital anthology of Native American poetry from over forty nations, featuring an interactive map, audio recordings of poets reading their work and a companion print edition. The anthology elevates contemporary Native poetry, which asks vital questions about land, resistance and erasure and centers indigenous voices and experiences. Harjo has been a lifelong champion for such voices, and her activism is known around the globe. 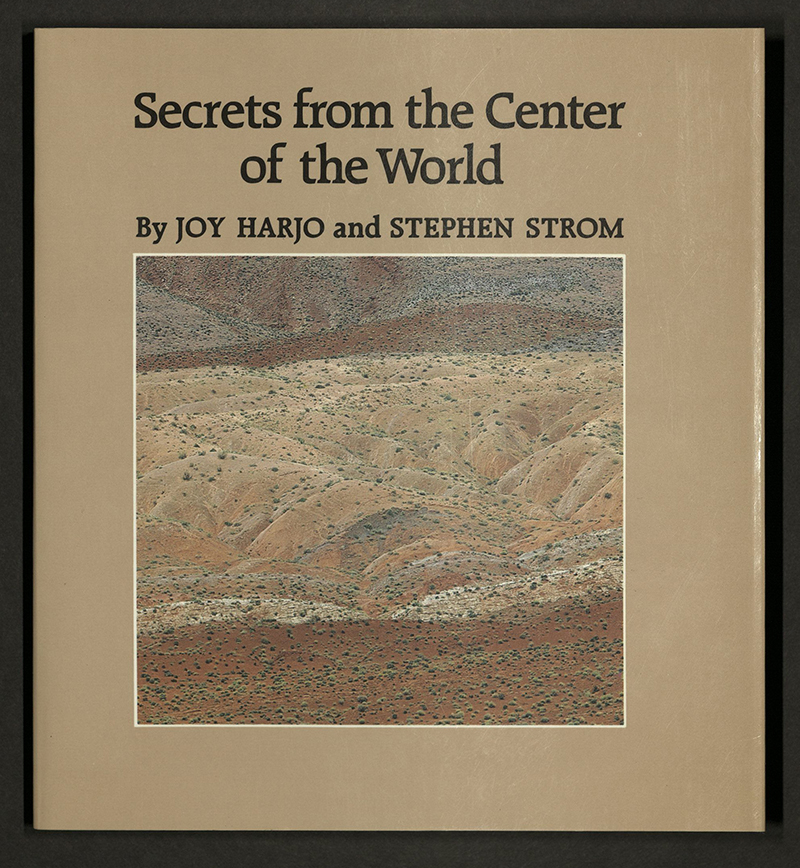 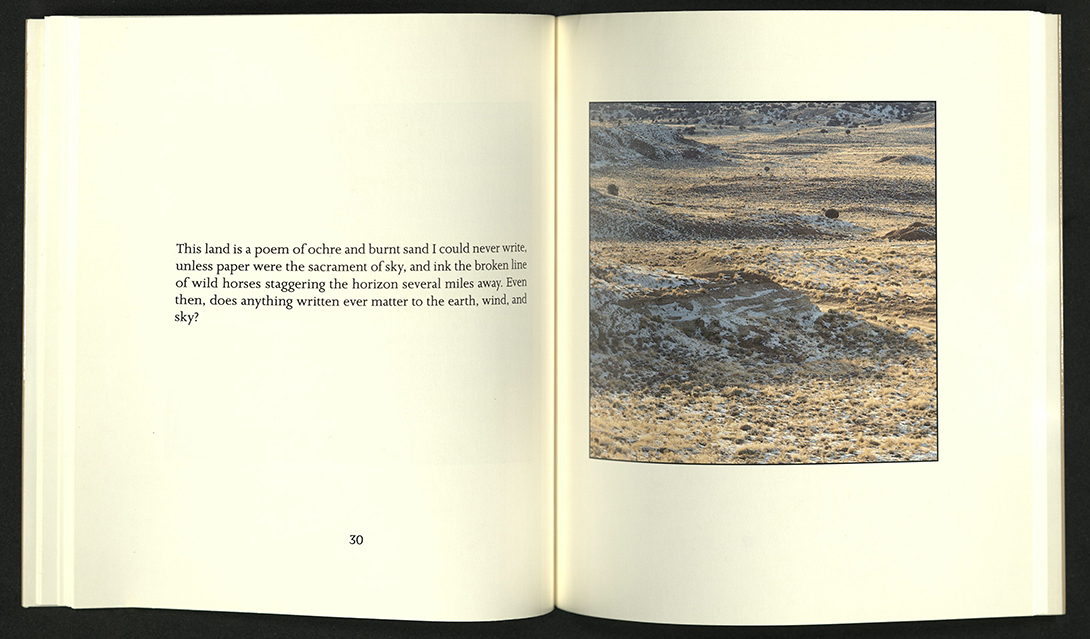 Harjo was born in Tulsa, Oklahoma and is a member of the Muscogee Nation. At the age of sixteen, she attended the Institute of American Indian Arts in Santa Fe, New Mexico. Following in the footsteps of her great-aunt, she gravitated toward painting. Harjo initially wanted to study medicine at the University of New Mexico but after the first year changed her major to art, and later to creative writing. After graduating with an MFA in creative writing from the University of Iowa in 1978, Harjo returned to New Mexico for her first teaching position at the Institute of American Indian Arts, where she was once a student.

Since the beginning of her literary career, Harjo has penned numerous works in the genres of poetry, anthologies, plays, children’s books, and memoirs. She has also released seven musical records that include both her original music and that of other Native American artists. Her latest album, Winding through the Milky Way, I Pray for my Enemies, was released in 2021. She plays saxophone and flutes, solo and with other players in a group she calls the Arrow Dynamics Band. 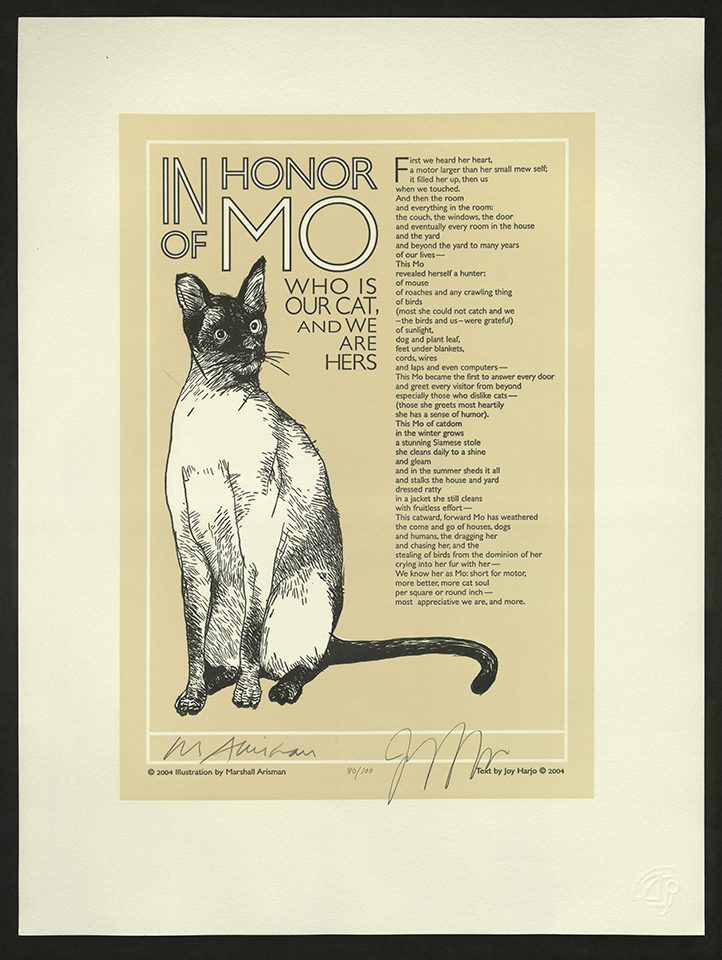 Discussing contemporary American poetry, Harjo has said, “I see and hear the presence of generations making poetry through the many cultures that express America. They range from ceremonial orality which might occur from spoken word to European fixed forms; to the many classic traditions that occur in all cultures, including theoretical abstract forms that find resonance on the page or in image. Poetry always directly or inadvertently mirrors the state of the state either directly or sideways… America has always been multicultural, before the term became ubiquitous, before colonization, and it will be after.” 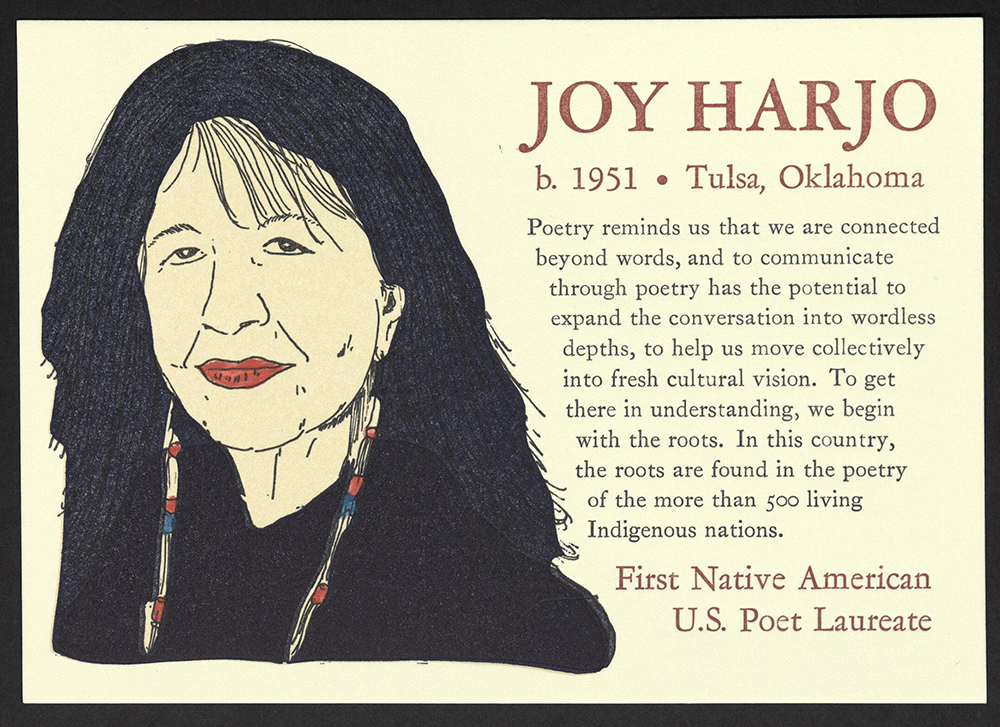 Harjo will be joined by Katharine Coles, former Utah Poet Laureate and distinguished professor of English, on Thursday, October 6, 7:00 p.m. at Kingsbury Hall. Cole and Harjo will discuss Harjo’s Poet Warrior: a Memoir, an inspiring contemplation of poetry, prose and song in a journey of becoming, loss and the theft of her ancestral homeland.

The event is free and open to the public, but tickets are required.