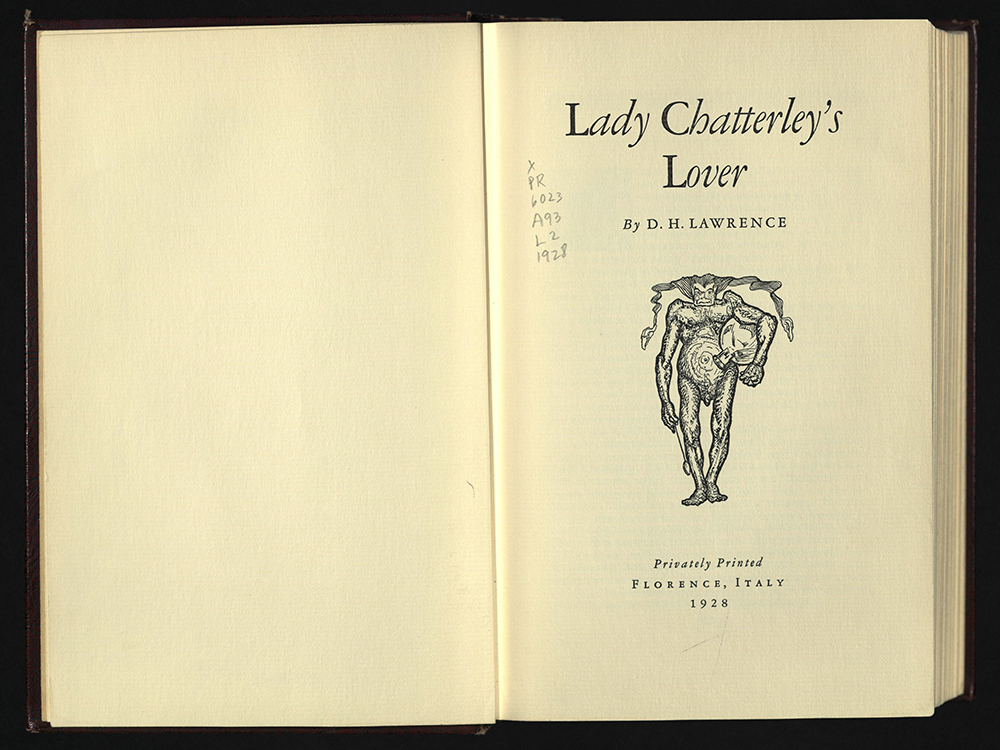 “Obscenity only comes in when the mind despises and fears the body, and the body hates and resists the mind.” 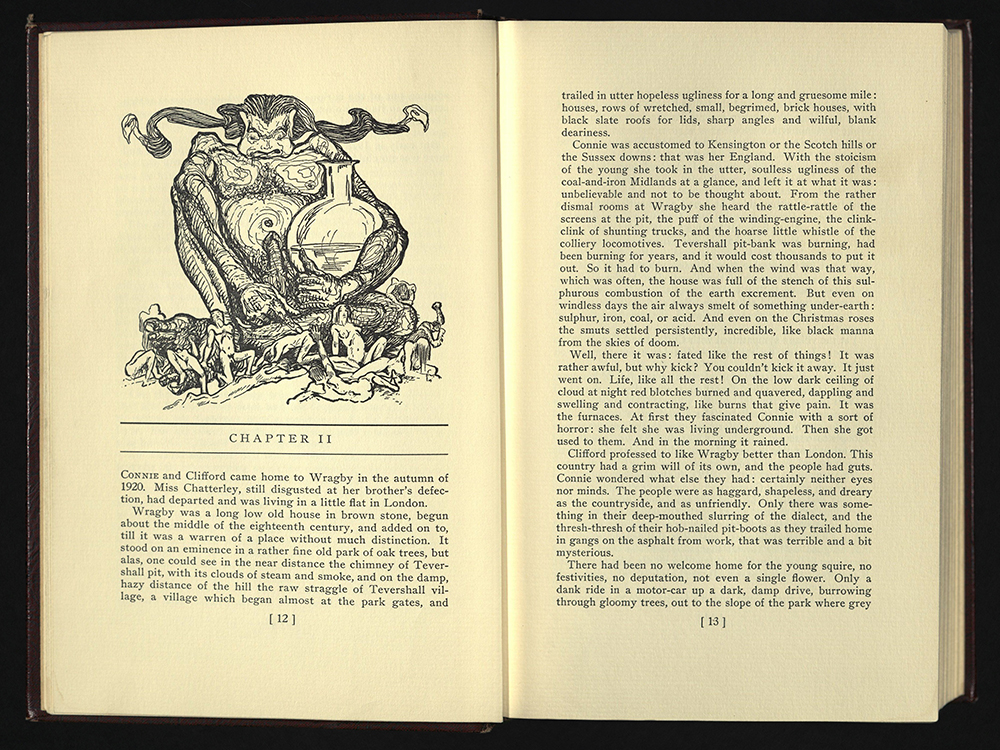 In 1928, D.H. Lawrence privately printed his eleventh novel, Lady Chatterley’s Lover. The story follows a married woman named Constance ― or Lady Chatterly, as some call her ― as she navigates between feelings of emotional neglect and physical pleasure, between her paralyzed husband and her affair with the brute gamekeeper. Like many of Lawrence’s tales, Lady Chatterley’s Lover invokes binary themes of upper and lower classes, industrialization and nature, and the integral relationship between mind and body.

In order to avoid the censors, Lawrence had Lady Chatterley’s Lover privately printed in Italy. The copies were then distributed to subscribers in England. Printing in this way cost Lawrence the ability to retain an international copyright, paving the way for the publication of numerous “pirated” editions. Albert Sperisen identified the printer of this pirated edition as Lawton Kennedy from San Francisco. Mr. Sperisen had been a partner of Kennedy in the Black Vine Press between 1935-1937. Wallace Smith (or an imitator thereof) is believed to have been the illustrator for this edition, which is particularly notable for its fine press work as design, as well as its sinister pictorial narrative. 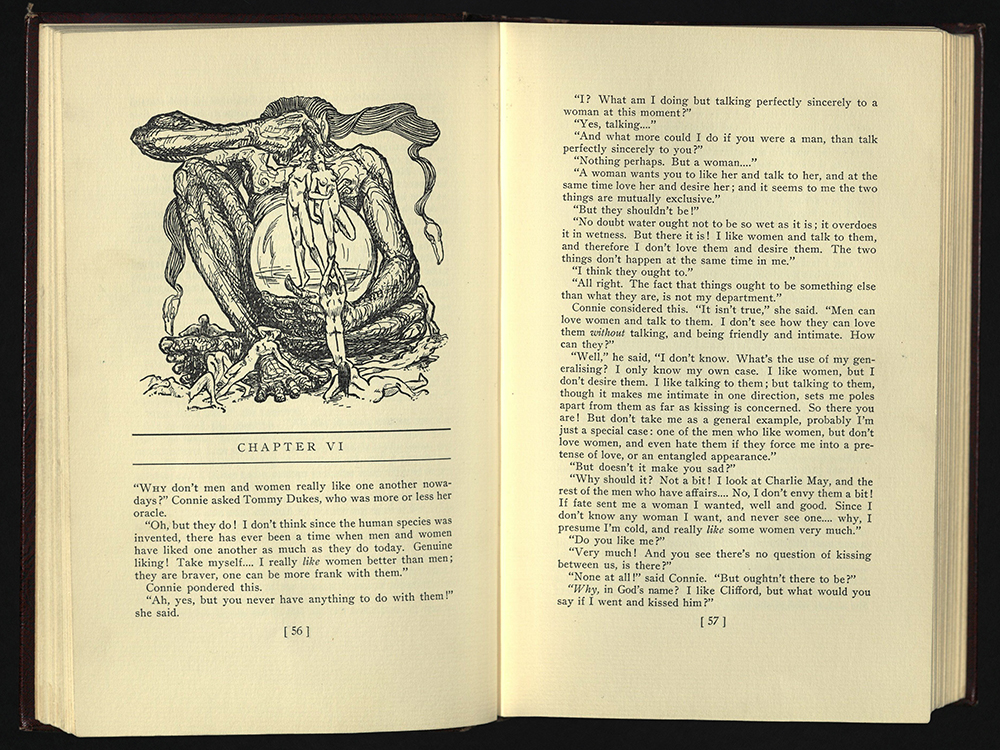 By 1929, the United States government had declared the novel “obscene,” with the Post Office confiscating any copies they found circulating in the mail. Travelers arriving to the states from Europe with copies of the novel also risked having the book confiscated by U.S. Customs. That same year in Boston, James A. DeLacey, proprietor of the Dunster House Bookshop, was arrested for having sold five copies of the book. Both DeLacey and his clerk were fined and sentenced to jail. Although their convictions were initially appealed, the case was taken to the Massachusetts Supreme Court. The Court affirmed DeLacey’s conviction and sentenced him to four months in jail.

DeLacey had been a victim of entrapment, but his conviction only fueled the growing controversy surrounding Lady Chatterley’s Lover in the United States. In 1930 the novel was a key element in what was called the “Decency Debates” raging in the U.S. Senate between Senator Bronson Cutting (R-NM) and Senator Reed Smoot (R-UT). Senator Cutting had proposed an amendment to the Smoot-Hawley Tariff Act, which was being debated, to end the practice of having the U.S. Customs censor imported books that were allegedly “obscene.” Senator Smoot retaliated and threatened to read indecent passages of imported books in front of the Senate, which included Lady Chatterley’s Lover. Senator Smoot did not end up following through with his threat. 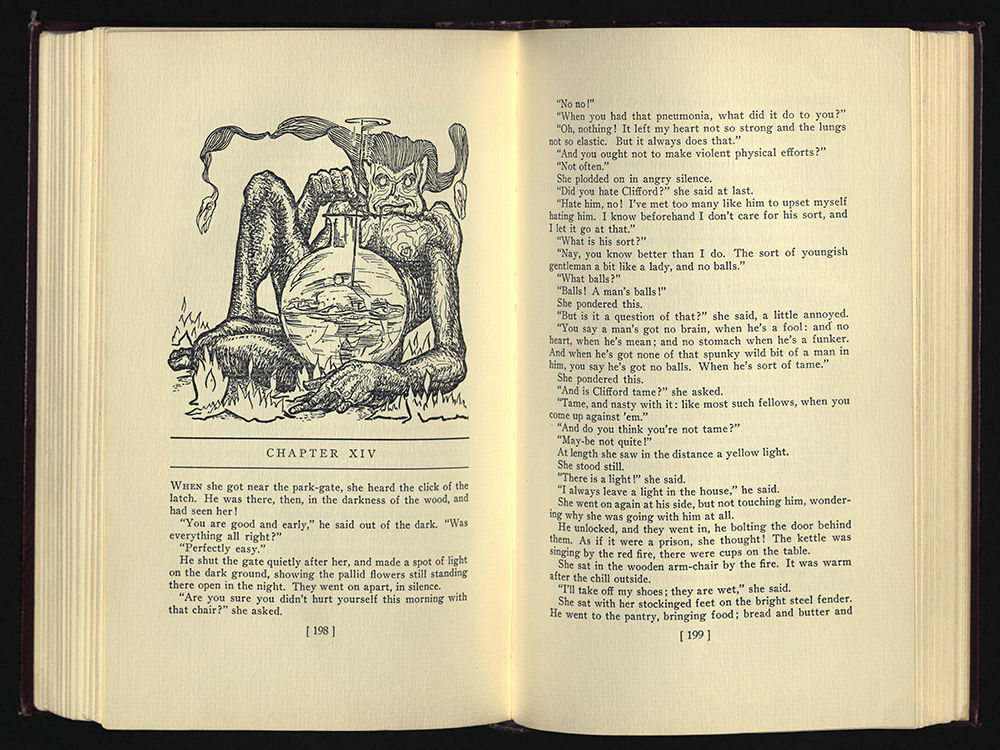 It wasn’t until 1960 that the novel appeared in its full unexpurgated form in the United Kingdom, published by Penguin Books. Almost immediately, Penguin Books received backlash from the Obscene Publications Act of 1959 — a new obscenity law introduced by Roy Jenkins which made it possible for publishers to escape conviction if they could show that the work was of literary merit. One of the main objections was Lawrence’s frequent use of some particular four-letter words and their derivatives. The prosecution team was ridiculed for being out of touch with the times when their chief prosecutor, Mervyn Griffith-Jones asked the jury to test the obscenity of the books by answering these two questions:

“Is it a book that you would have lying around your house? Is it the kind of book you would wish your wife or servants to read?”

One juror who agreed with the decision to lift the ban replied,
“I would not object to my wife reading it, but I don’t know about my gamekeeper.”

The media surrounding the trial boosted sales and by the time Penguin Books had won the case, the 1960 edition of Lady Chatterley’s Lover had sold three million copies. The “not guilty” verdict resulted in more freedom for publishing explicit material in the United Kingdom and allowed Lawrence’s last novel to be made public for the first time. In addition to the United States and the United Kingdom, Lady Chatterley’s Lover has been banned in countries such as Australia, Canada, Japan, India, Ireland, Poland, and China.