13 Jun Journal of the week — Slovo 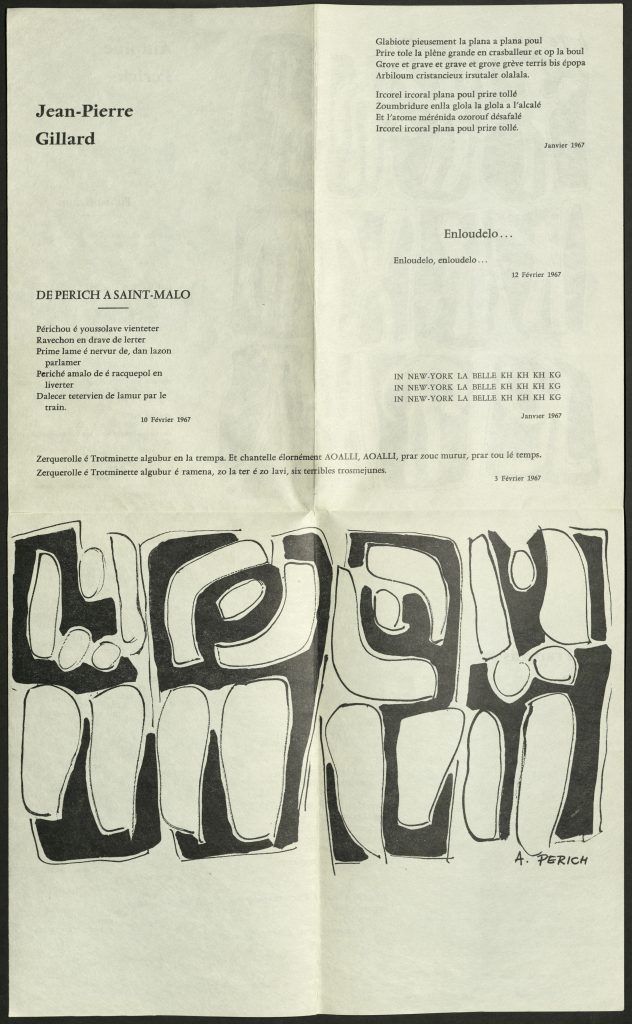 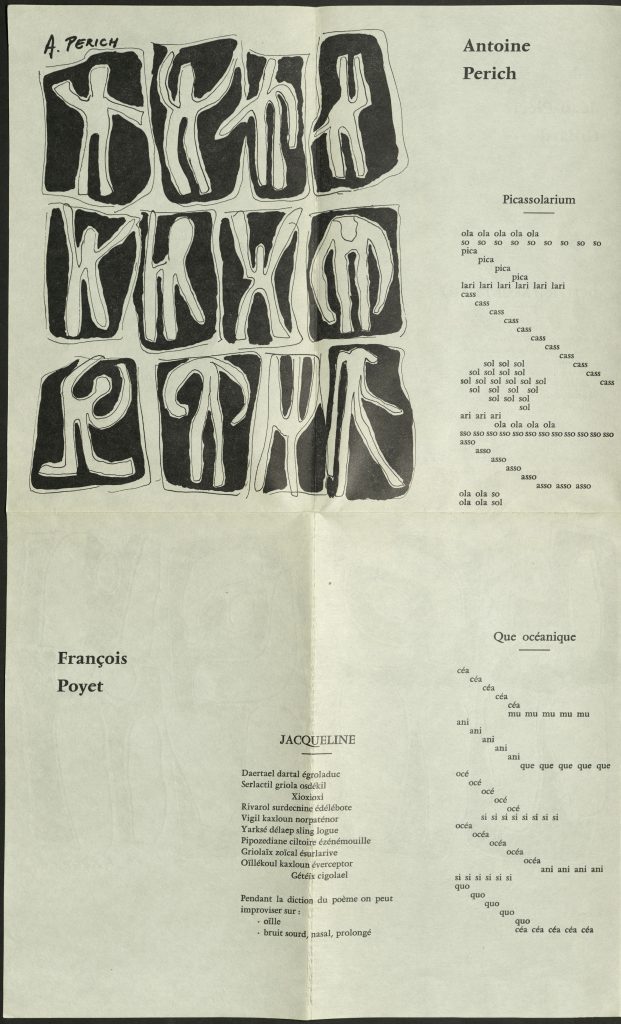 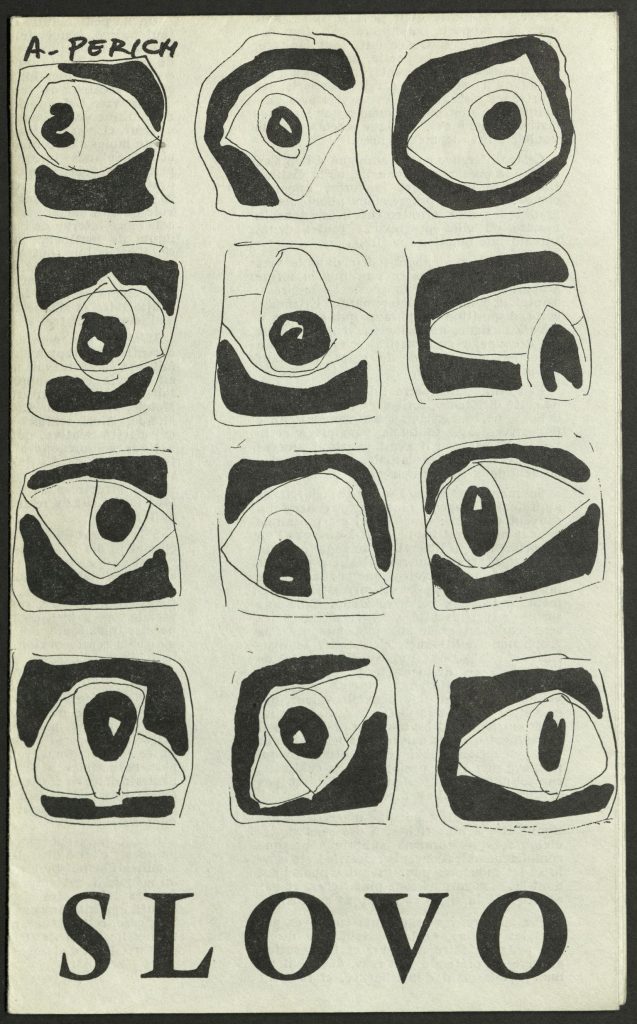 This is the only issue of the Lettrist literary serial published under the direction of Antoine Perich. “Slovo” means “letter” in Serbian.

Perich, born in Dubrovnik, lived in Paris from 1965 to 1970. He became close to the Lettrist artists and poets there, as well as a group of underground filmmakers. He presented programs of avant-garde films at the American Film Center every week. In 1970 he moved to New York, where he became friends with Andy Warhol and was a contributing photographer to Interview. In 1977, he designed and built an electric painting machine, a prototype for the inkjet printer, making Perich a pioneer of digital art.

Lettrism was a multi-disciplinary creative movement formed in Paris in 1946 by Romanian ex-patriot, Isidore Isou. The idea was to incorporate all fields of knowledge, social and natural sciences, into artistic endeavors. Contributions in this journal came from Joel Fremiot, Jean-Pierre Gillard, Francois Poyet, and Michel Jaffrennou.