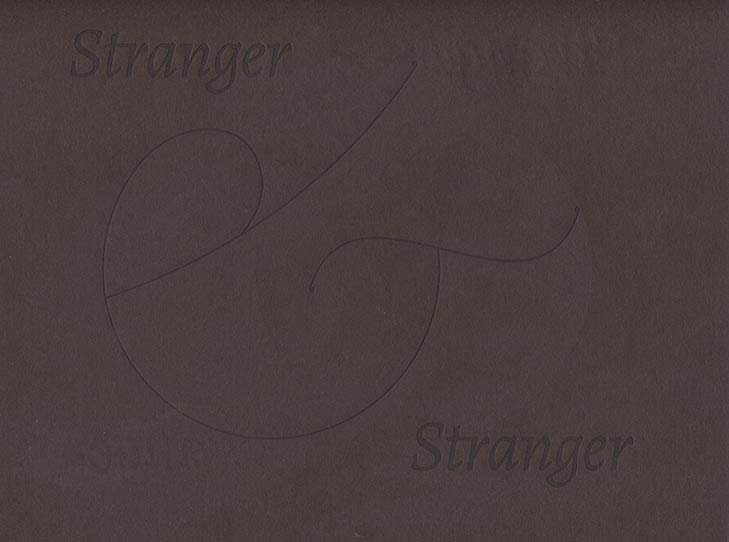 20 Sep SOME NOTES ON AMPERSANDS 1. Language is an unstable and mercurial thing, in habitual need of deep-tissue massages to ease its interior life of tumult, tension and spasm.

2. Stranger & Stranger: read as nouns, a pair of strangers; read as adjectives, a qualitative increase in the uncanniness of a situation; read as a noun and an adjective, a singular stranger situated within ever-expanding, alien circumstances.

3. The ampersand is the product of one Marcus Tiro, slave and scribe of Roman philosopher and statesman Cicero. The story goes: after visiting Greece, Cicero was impressed by the Greek’s use of shorthand, something Latin lacked in the first century BCE. Cicero asked Tiro to devise a shorthand system for Latin and one of the glyphs he created—known as the Tironian “et”—was a reimagining of the Latin word “et,” meaning “and.”