05 Dec The Hunt for the Old Rock Wall 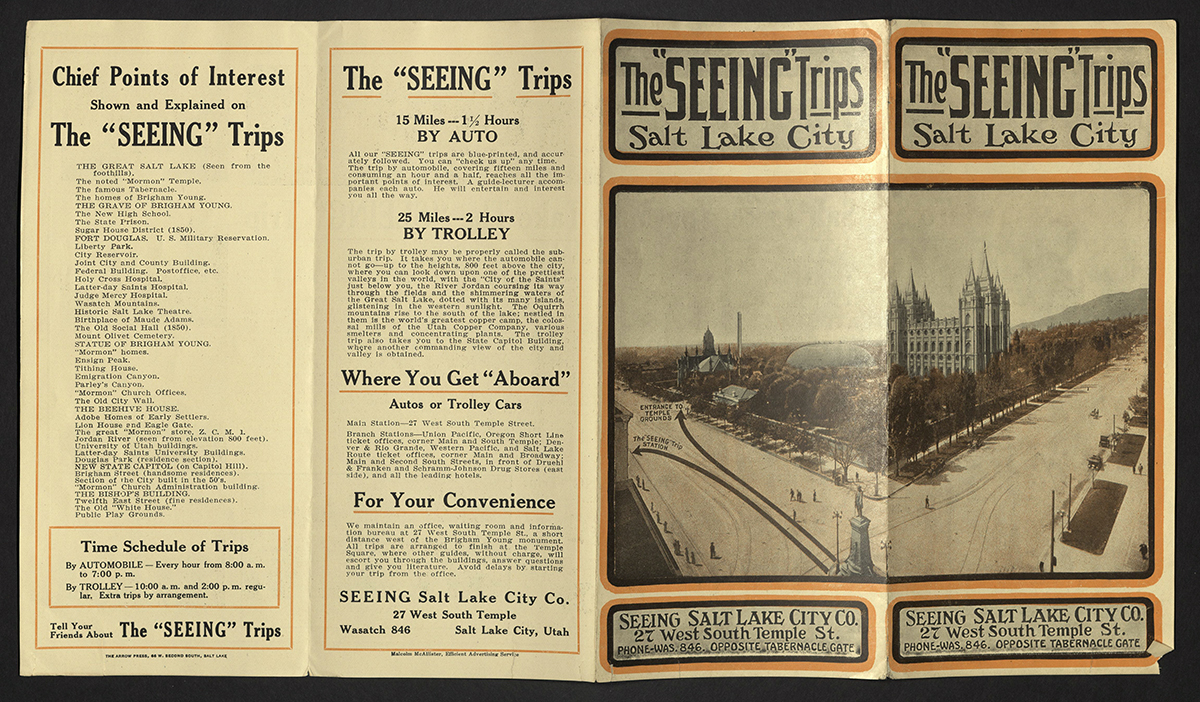 A frequent task here in the Rare Book office at the Marriott Library is cataloging and archiving new books that have been donated or acquired. It is common for me to see all the new books before they get incorporated into the book “vault” and on one such occasion I came across a little pamphlet from 1910: The “Seeing” Trips — published by a tourist company that was advertising jaunts around Salt Lake city in your auto or trolley. 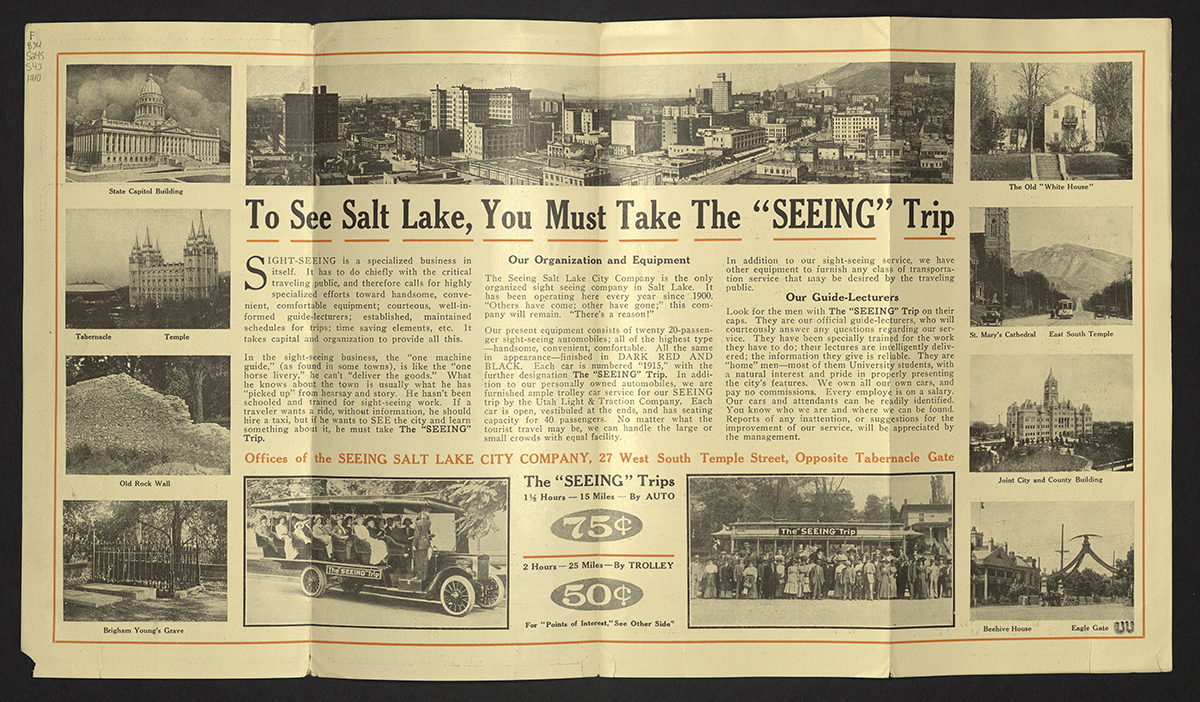 Points of interest, such as the State Capitol Building, Temple Square, and the Beehive House are all to be expected on a trip around Salt Lake City’s greatest hits. What was not expected was the “Old Rock Wall.” Seemingly out of place in the pantheon of Salt Lake City, this location was given the third spot, with a picture included. It was among the many sites used to advertise this service — which goes to show how remarkable the historical site was to the show runners. On the reverse side a list of all the locations are included, and the “Old Rock Wall” is listed, of course, only this time called the “Old City Wall.”

This was a landmark that was unknown to me. If you were to search either of those terms on the internet, not much would show up that is easily accessible or relevant. One may assume the internet is infinite, but in the age of algorithms, this lowers the research potential and serendipity of search engines.

I sought after some other tourist pamphlets and city information in the collection that was printed around the same time period, hoping to find other mentions of this wall. If one tourist pamphlet had it, might some others? For information on Salt Lake City, the rare book’s vault has no shortage of material. Some might say it is a specialty. From individual brochures of single hotels in the city, to street guides of every address, to general histories and accounts. You can find a lot of new and exciting information that you would have never even thought to look for, such as the first house in Utah, and Hot Springs Lake – both no longer around, but capture the imagination all the same. 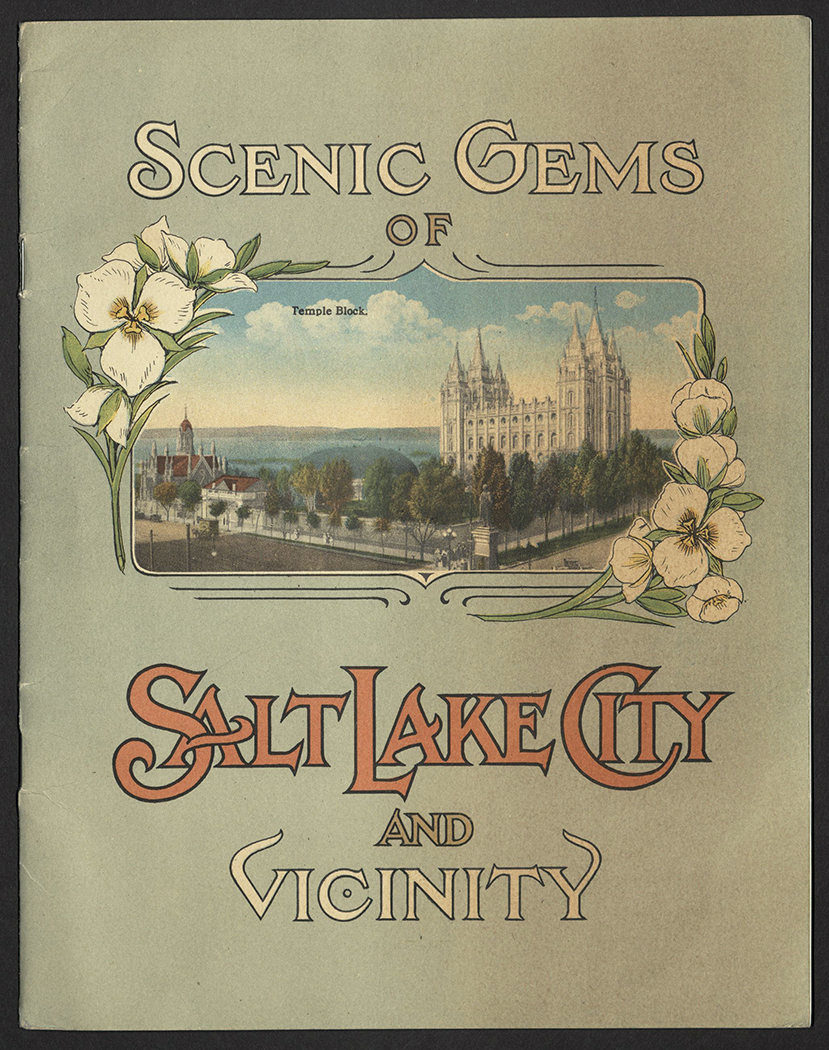 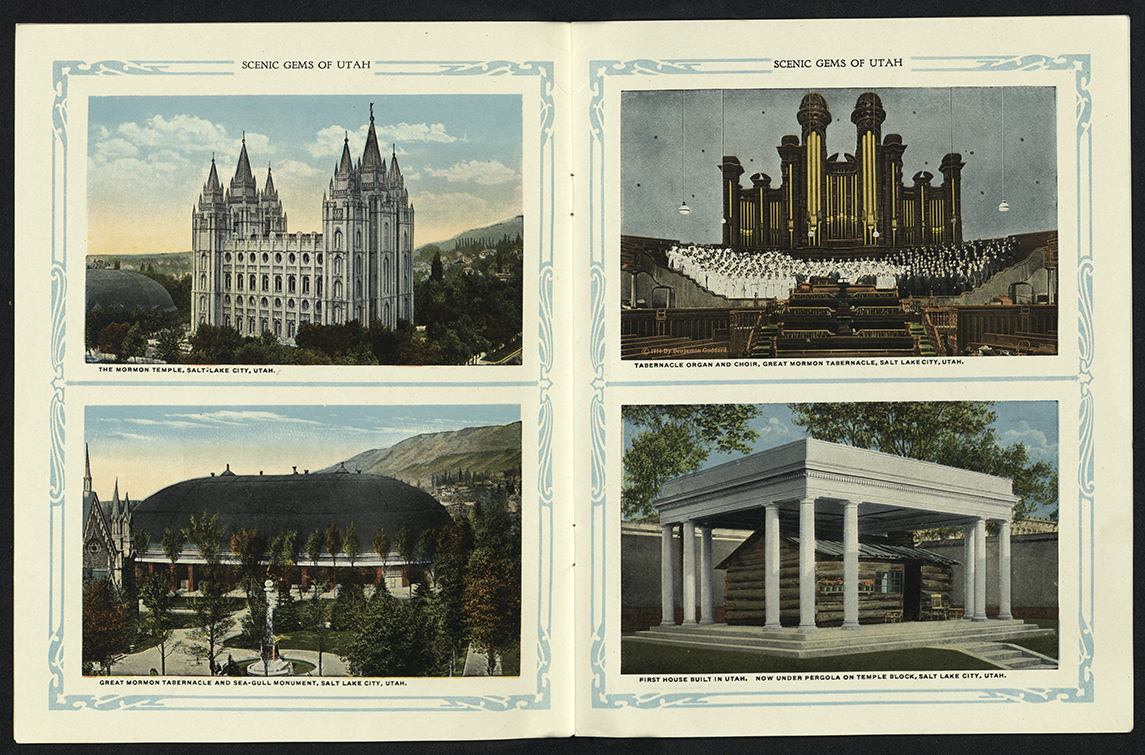 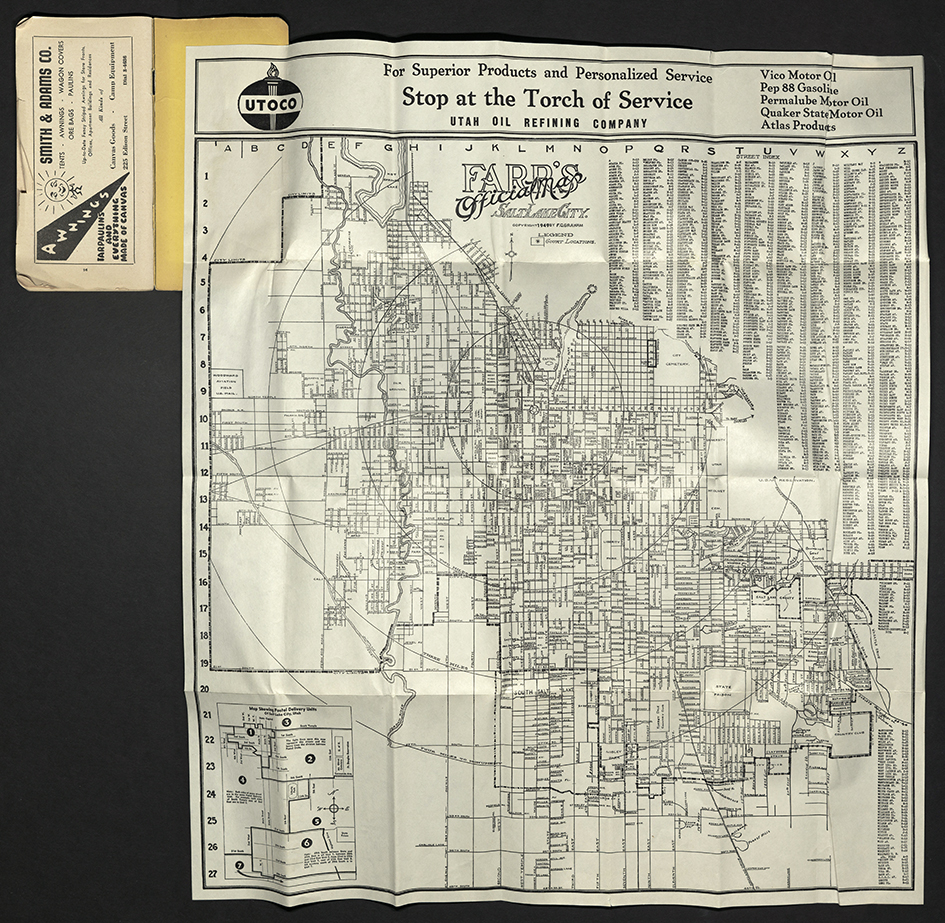 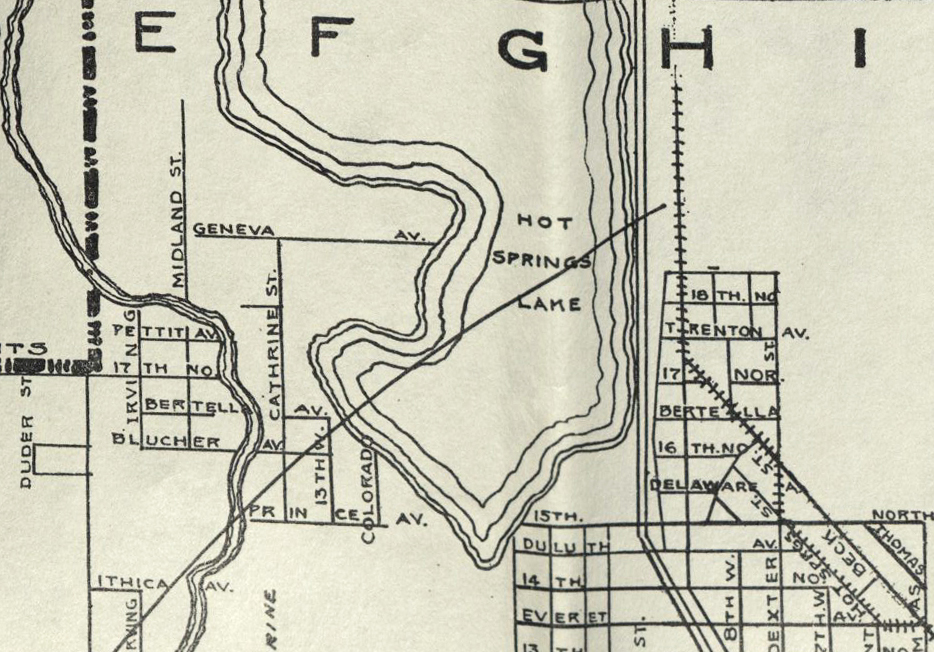 However, there was no information about the rock wall anywhere to be found. It wasn’t until Information for Tourists, a humble little pamphlet, that I was able to unlock the next piece of the puzzle. 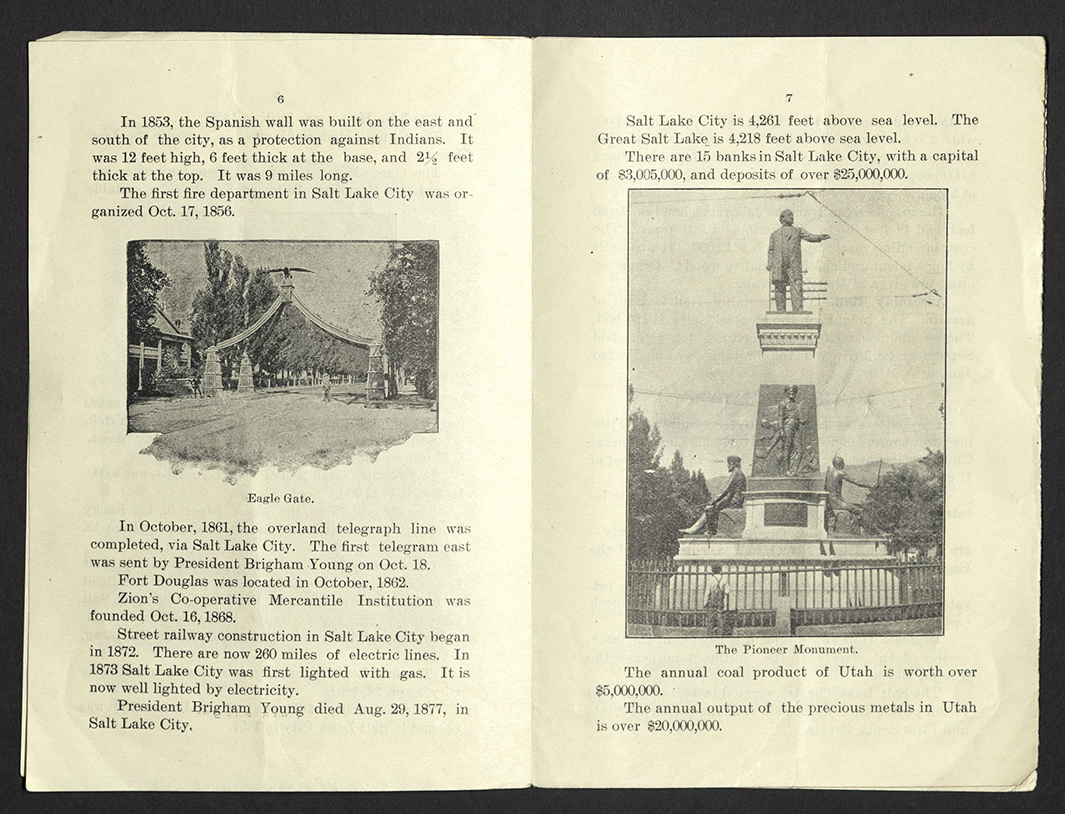 This provided me with enough information to move forward. The description made it sound like quite a substantial wall, and it was built shortly after Salt Lake City was founded. That would have made it around sixty years old at the time the pamphlet was printed. Focusing on the date of 1853, I grabbed some history books of Salt Lake City. In a bound book of accounts of pioneer life in the early years of the City, the pamphlet Military Life in the West mentions a little known historical event of Utah: The Walker War. 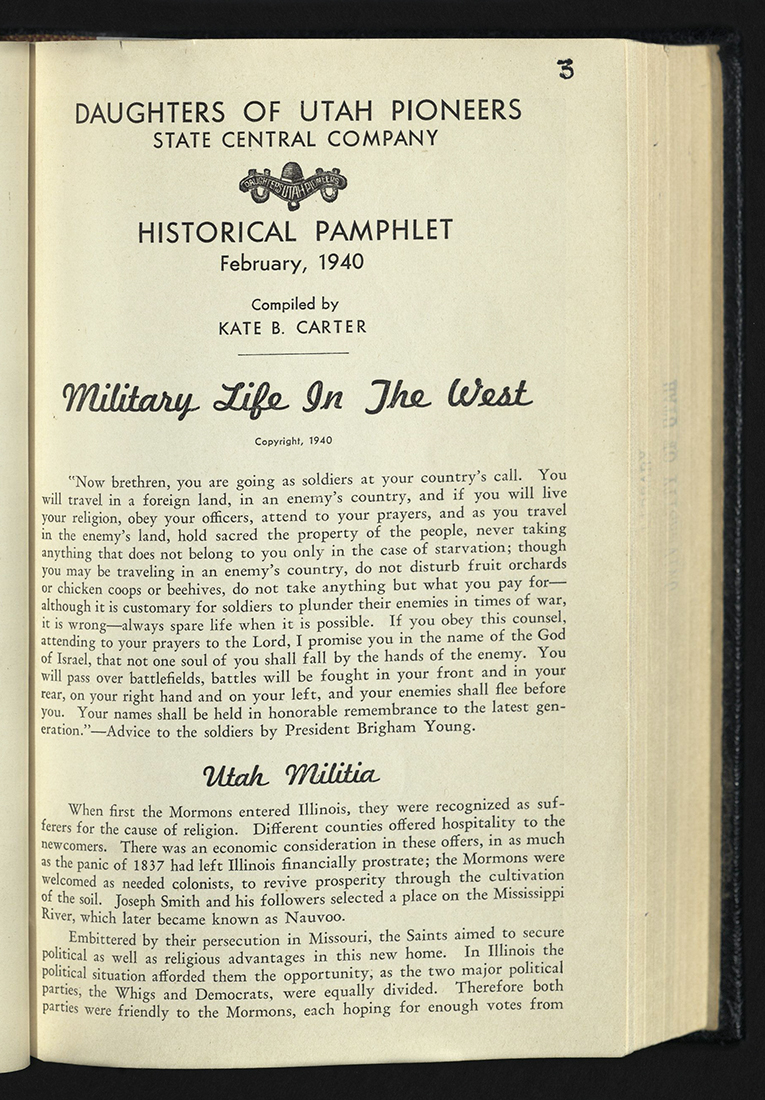 “Then in 1853 came the outbreak of the Walker war, named for the Ute Chief Walker, whose depredations terrorized our Southern counties for several months.”

The Ute Indian Chief Wakara was leading his band of tribes in skirmishes against the early pioneers. Calling it a war might be overstating the case, it lasted under a year, and only consisted of various raids on Mormon settlements, resulting in a few deaths on either side. Accounts of Chief Wakara, such as in The Claws of the Hawk, mention, in passing, the big walls built around the Mormon settlements. By 1853, the cities of Bountiful, Lehi, Provo, and Spanish Fork were also founded, which implies the existence of more walls, but that is a story for another time.

This account of Chief Wakara had a footnote trail leading me to the Deseret Newspaper, the longest running newspaper in Utah, of which the Marriott Library has numerous volumes. Taking a look at the 1853 copies, the July 30th edition mentions the beginning of ‘Indian Troubles’ of which this is likely in reference to the Walker War, or the beginnings of it. The very next edition skips ahead a few months, to October. Paper shortages were common at this time, and no doubt the raids exacerbated the problem. In this edition, and to my excitement, there is a whole section titled “City Wall.” 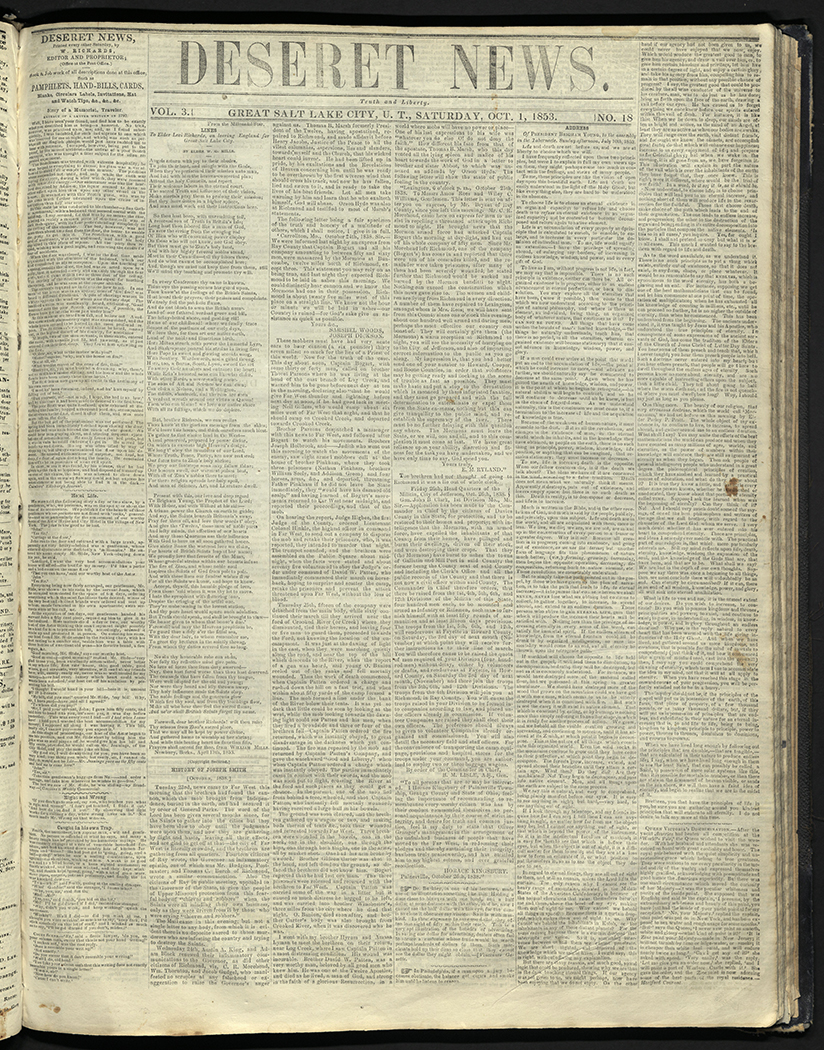 I had found what I was looking for, and included was a detailed description of where the wall was located. Mapped out, this gives us the footprint of 900S, 900E, 4th Avenue, 800N, with the Jordan River as its western boundary. The last diagonal section of the wall here, a reminder of its existence, is now a road called Wall Street, which was very pleasing to see. On a satellite map, you can even see this street extend into capitol property, continuing its footprint. The Capitol building itself wasn’t built until 1916, which would have firmly placed it outside the wall. 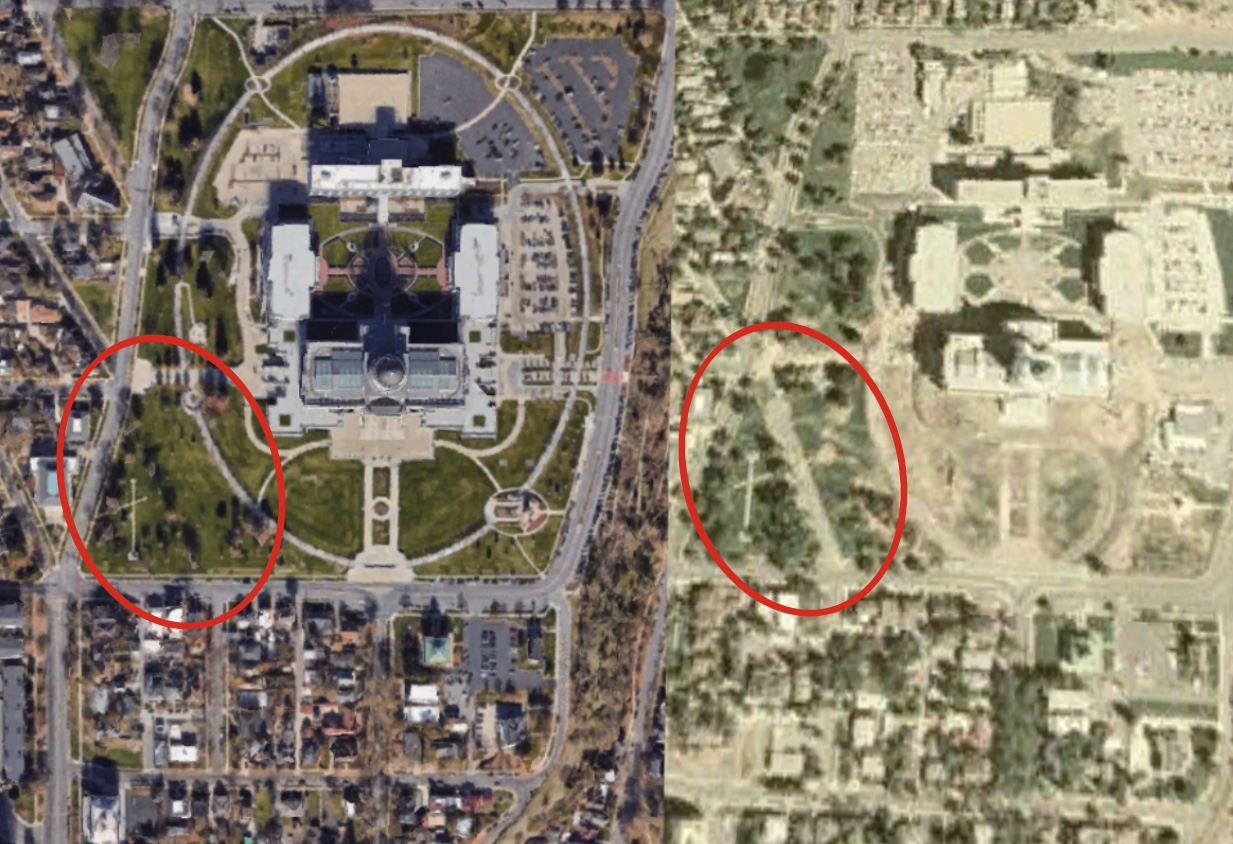 No sections of this wall are around today. Trust me, I looked. When the wall came down is currently up to speculation, further accounts likely exist, but are hard to come by. Why the wall came down, if I had to make a guess, is because the ‘Indian Difficulties’ went away, but the city kept growing. Sections of the wall were slowly replaced with roads or houses, and by the time The “Seeing” Trips was around, the few remaining sections of the wall were a novelty, something worth seeing. I don’t know when the last section of the wall came down, perhaps that information exists, but it will have to be a story for another time. Learning this part of early Utah history came from books and other physical sources, information I wasn’t able to find on the internet. While we can perceive it as infinite, I can’t help but wonder how much information has been effectively lost to mankind, because it is sitting on a shelf, waiting to be re-discovered.

Watch a video edition of this blog post here